I could quite happily have spent a week on the Lasithi Plateau… however with a flight on Wednesday it seemed like quite a good idea to arrive back in Heraklion (or rather the western beach suburb of Amoudara) on Tuesday afternoon leaving time for packing bikes, enjoying a post-ride beer etc… so that is where we are now, bikes are packed (something of a race against an approaching thunderstorm) and we can reflect on what has been a really great ride, albeit a short one. We only covered 460km, of which about 380km were offroad… but in that distance we climbed 9200m (30,000 ft). The variety of landscape in such a small area has been fantastic, the green valleys of the north coast, the arid south coast and the high mountain environments. Definitely coming back before too long to explore the trails out to the west of the island. 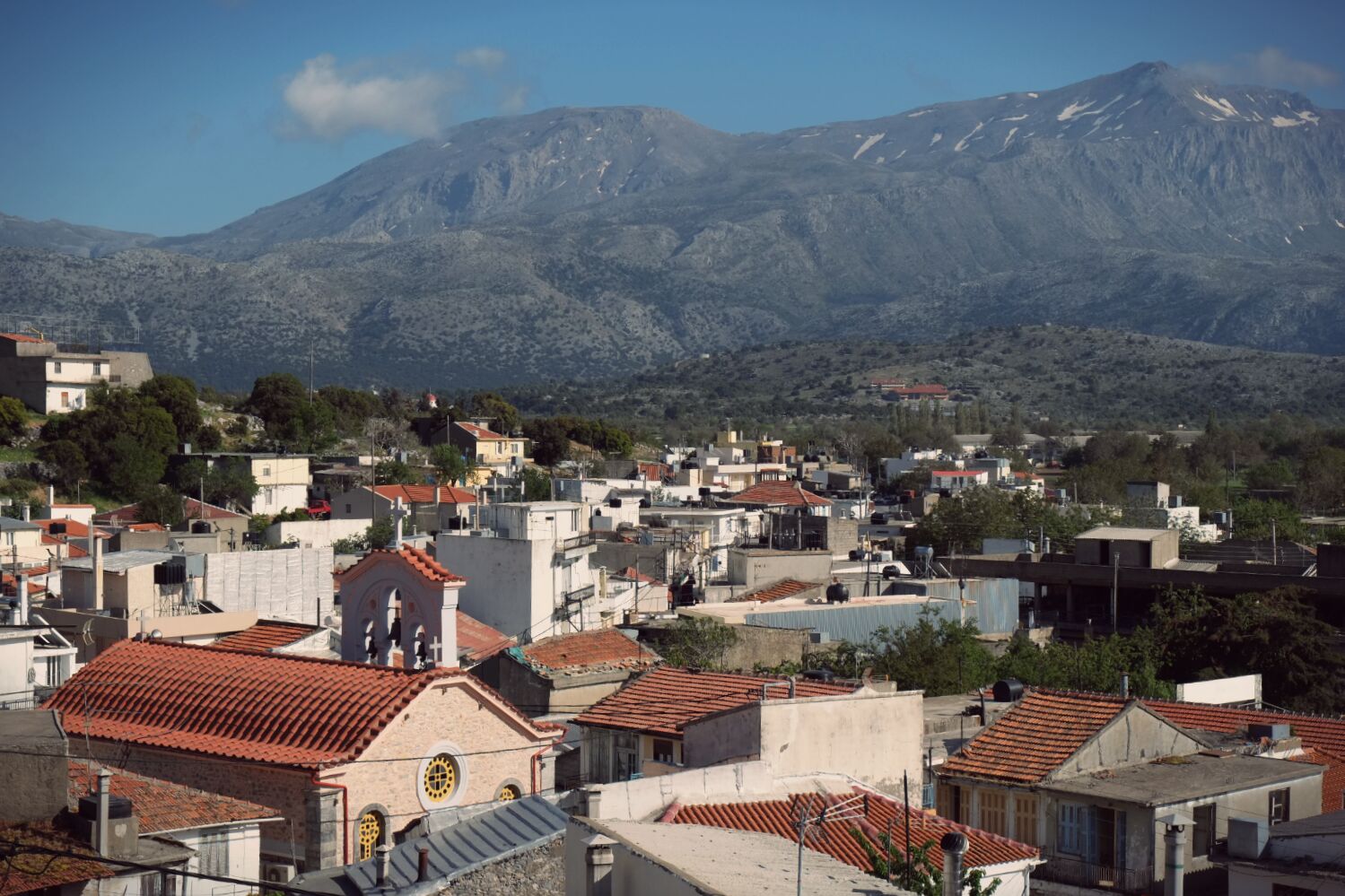 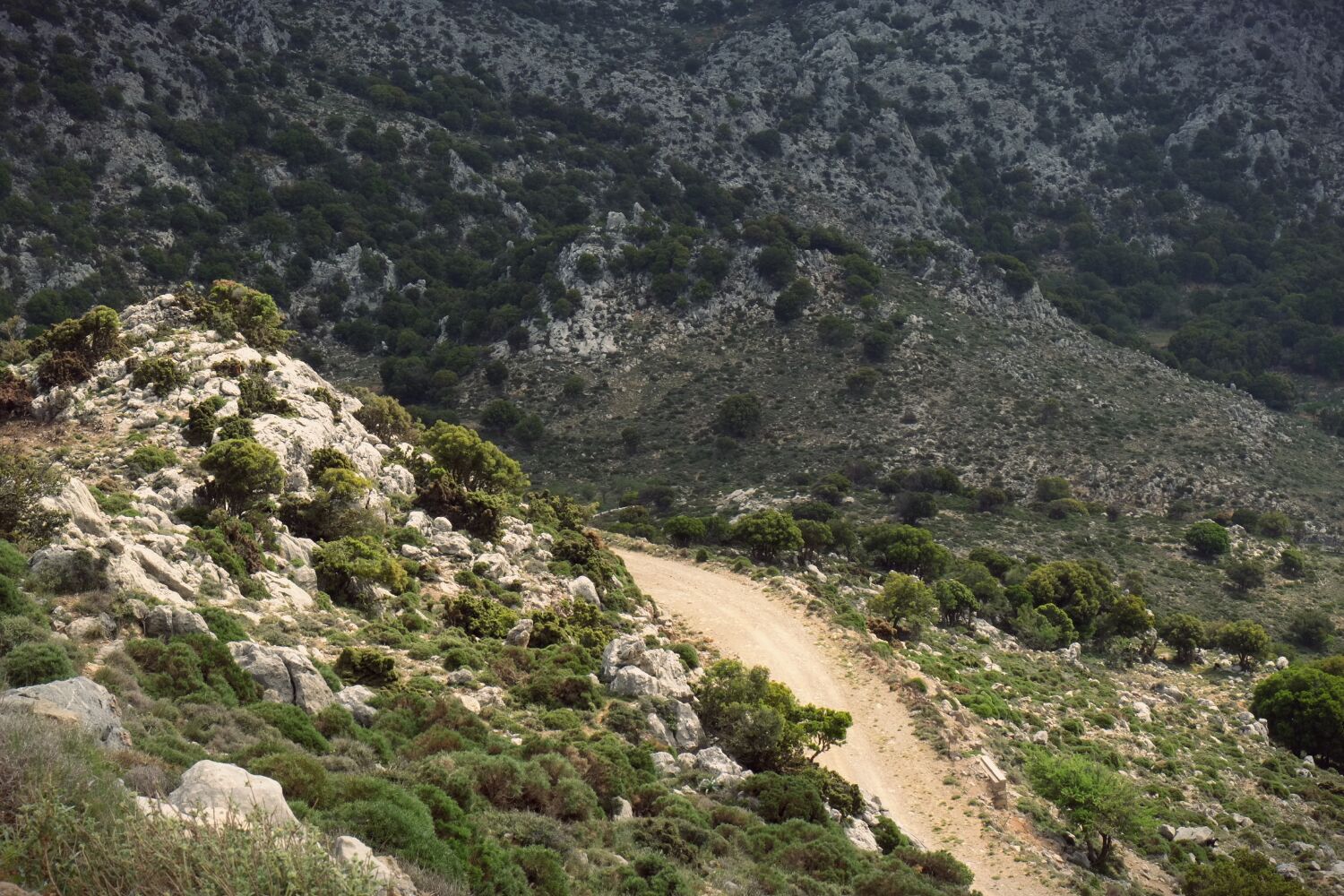 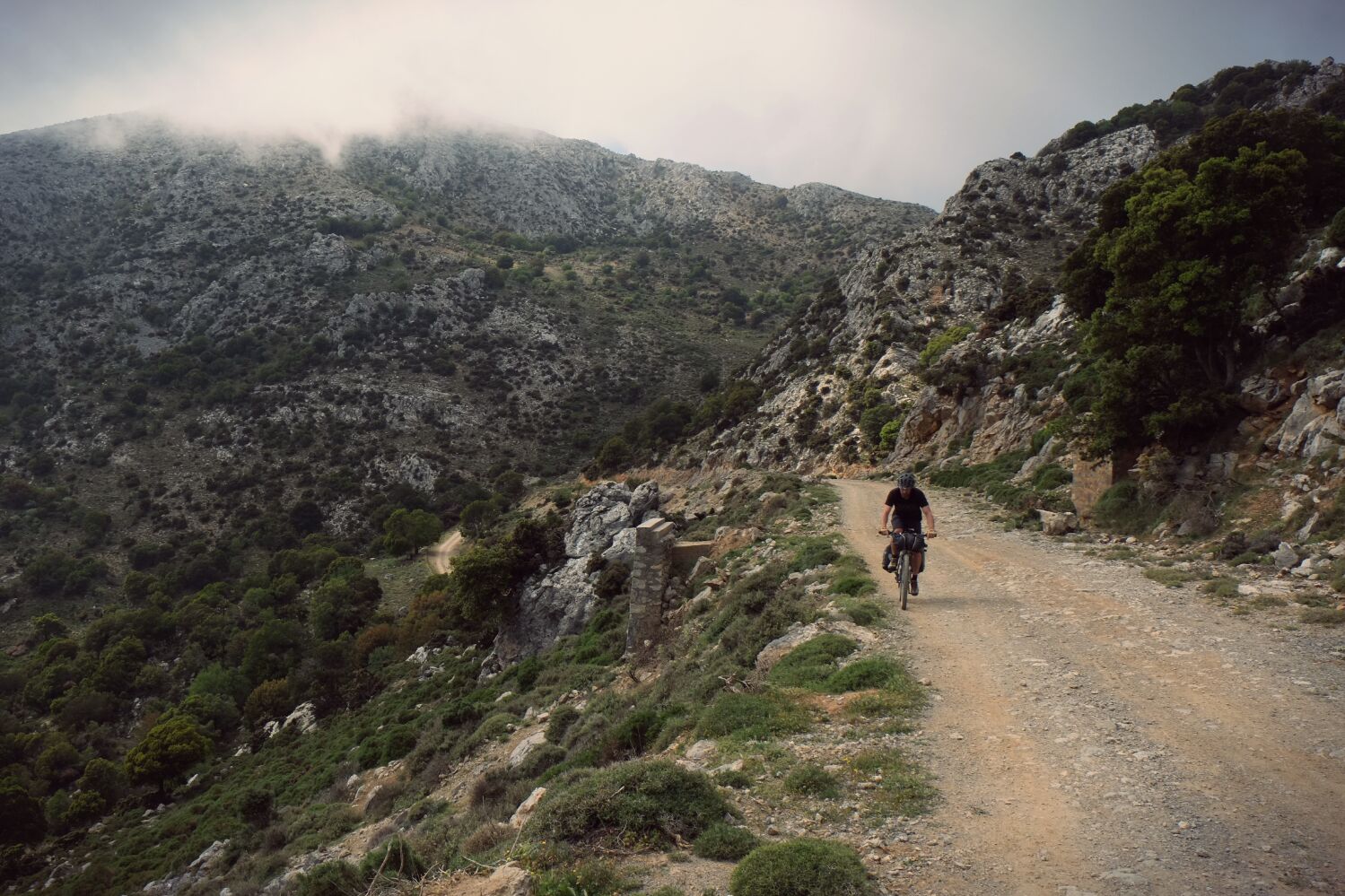 The cloud was down around the mountains… but still no rain… we’ve been very lucky in that respect. 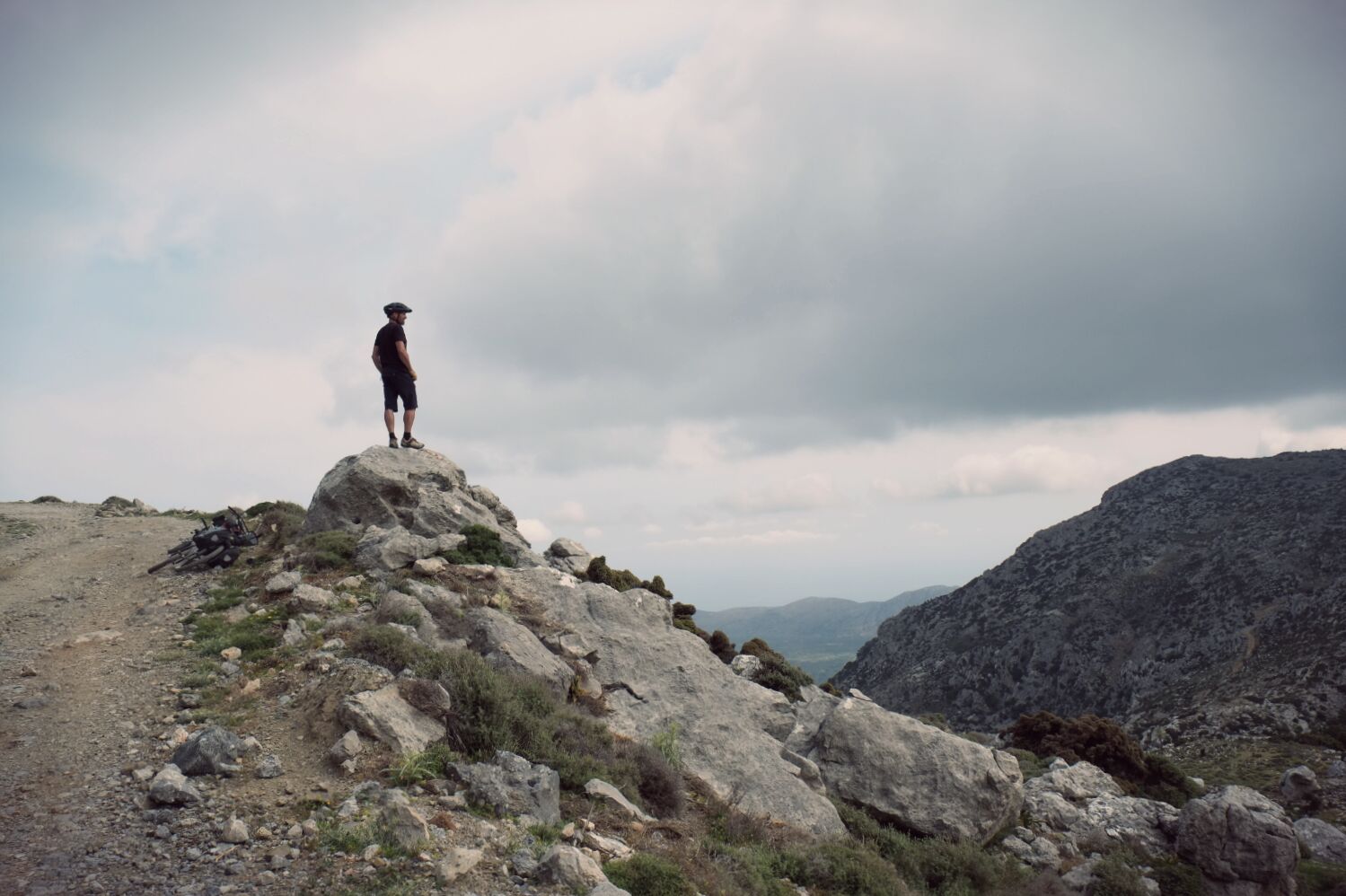 Being our last day in the mountains lots of time was spent enjoying the views. 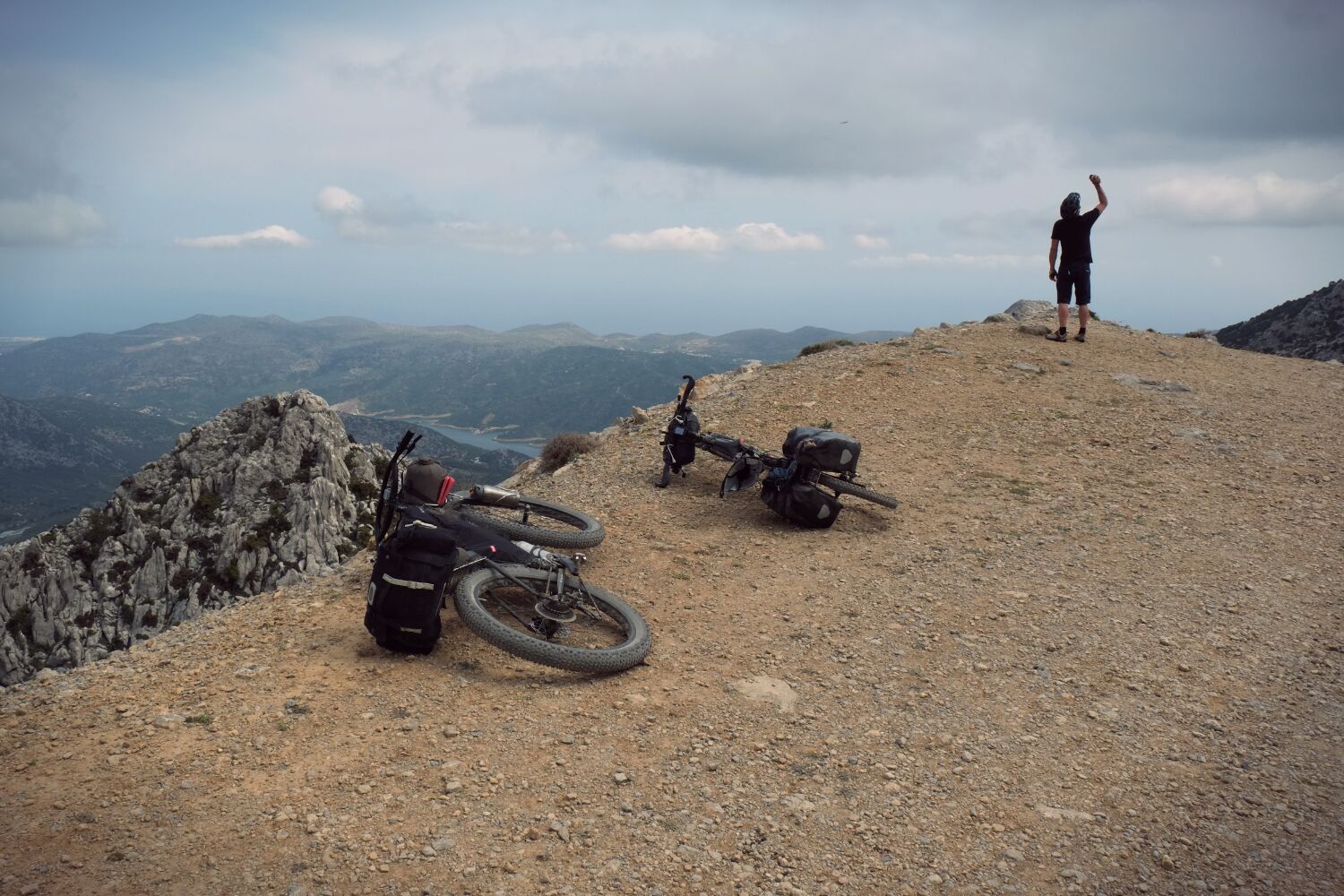 Higher up huge European Vultures were soaring the updrafts. Ash discovered that a GoPro is a less than ideal tool for photographing birds :-) 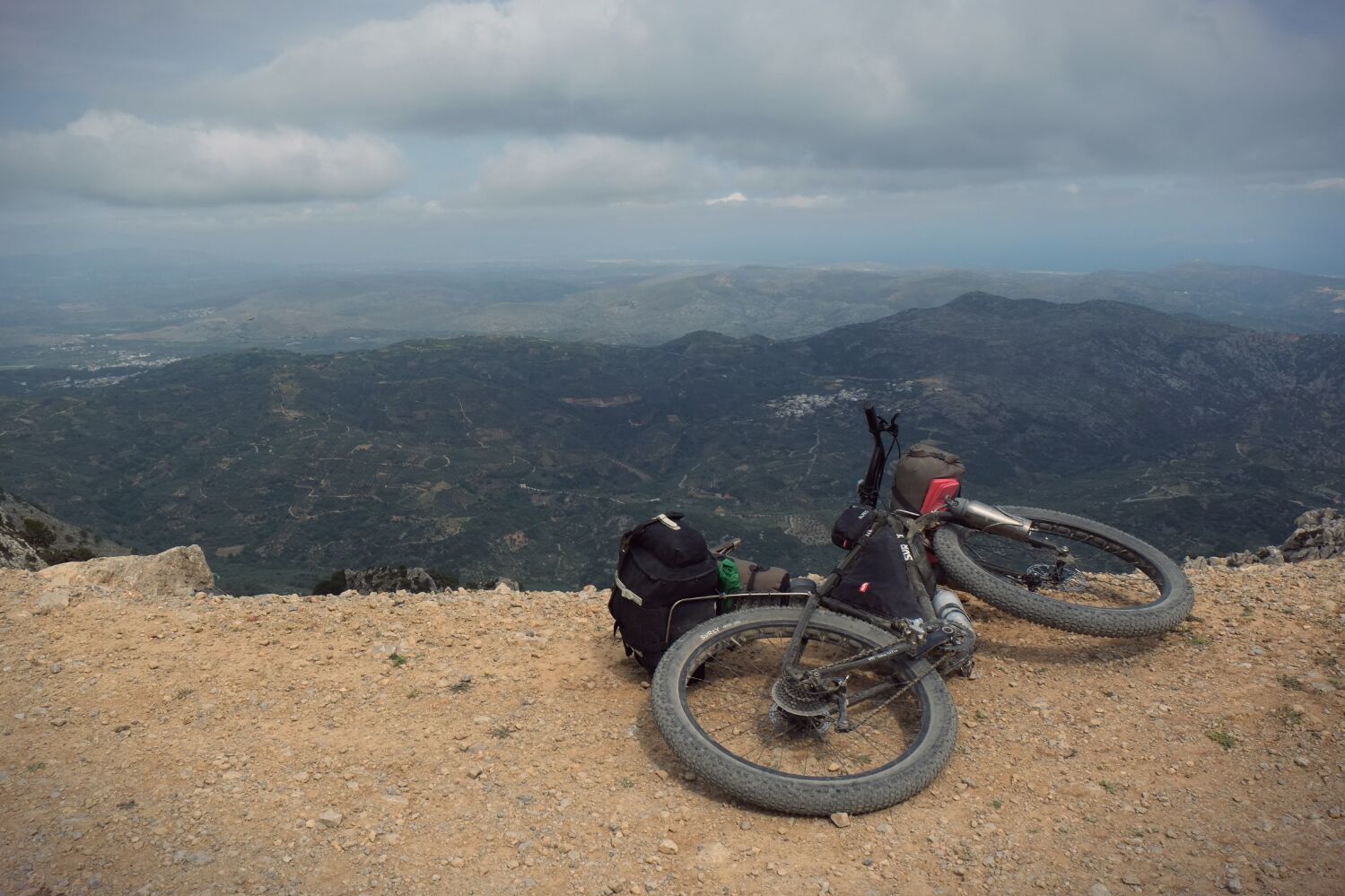 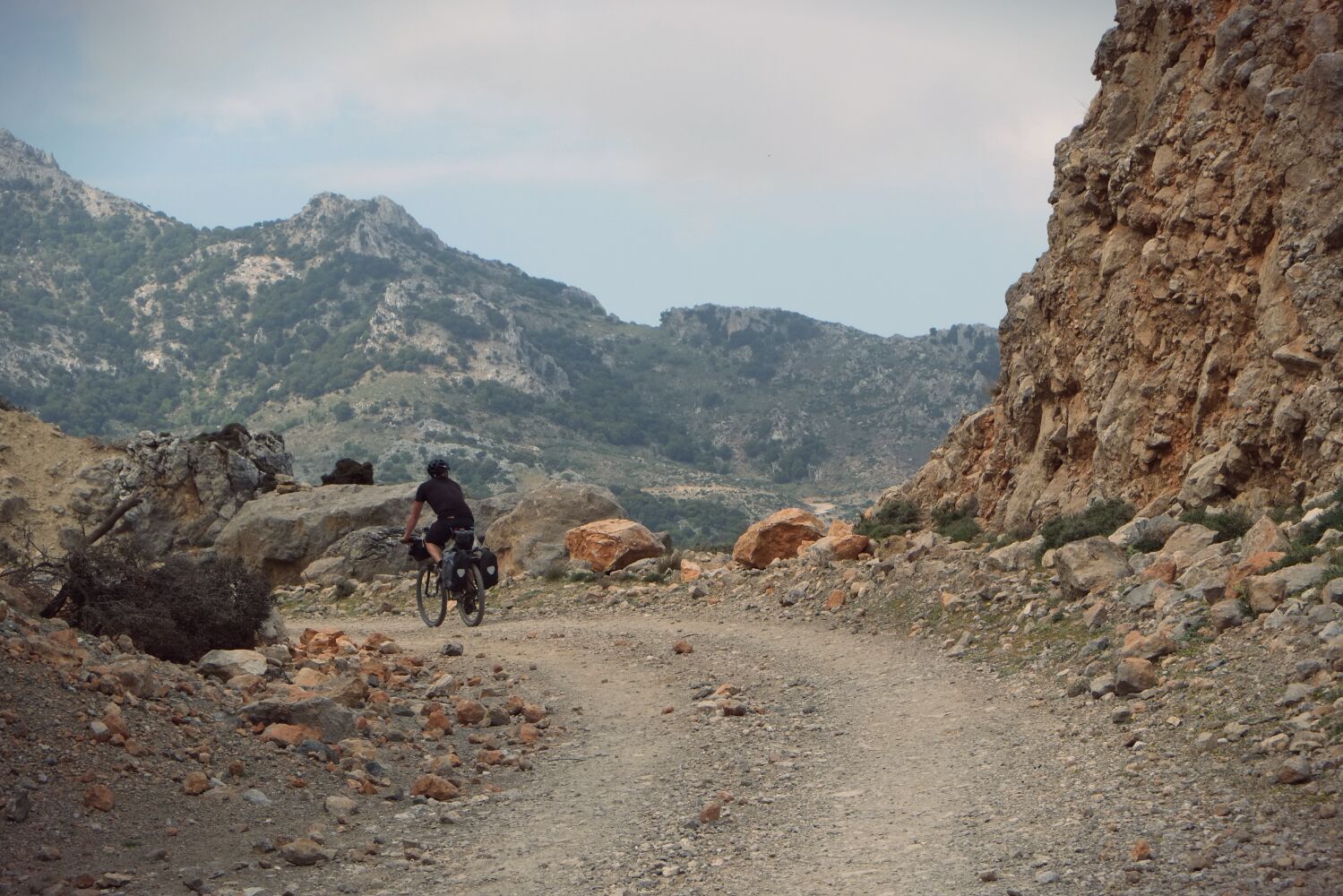 The road plateaued for a while… 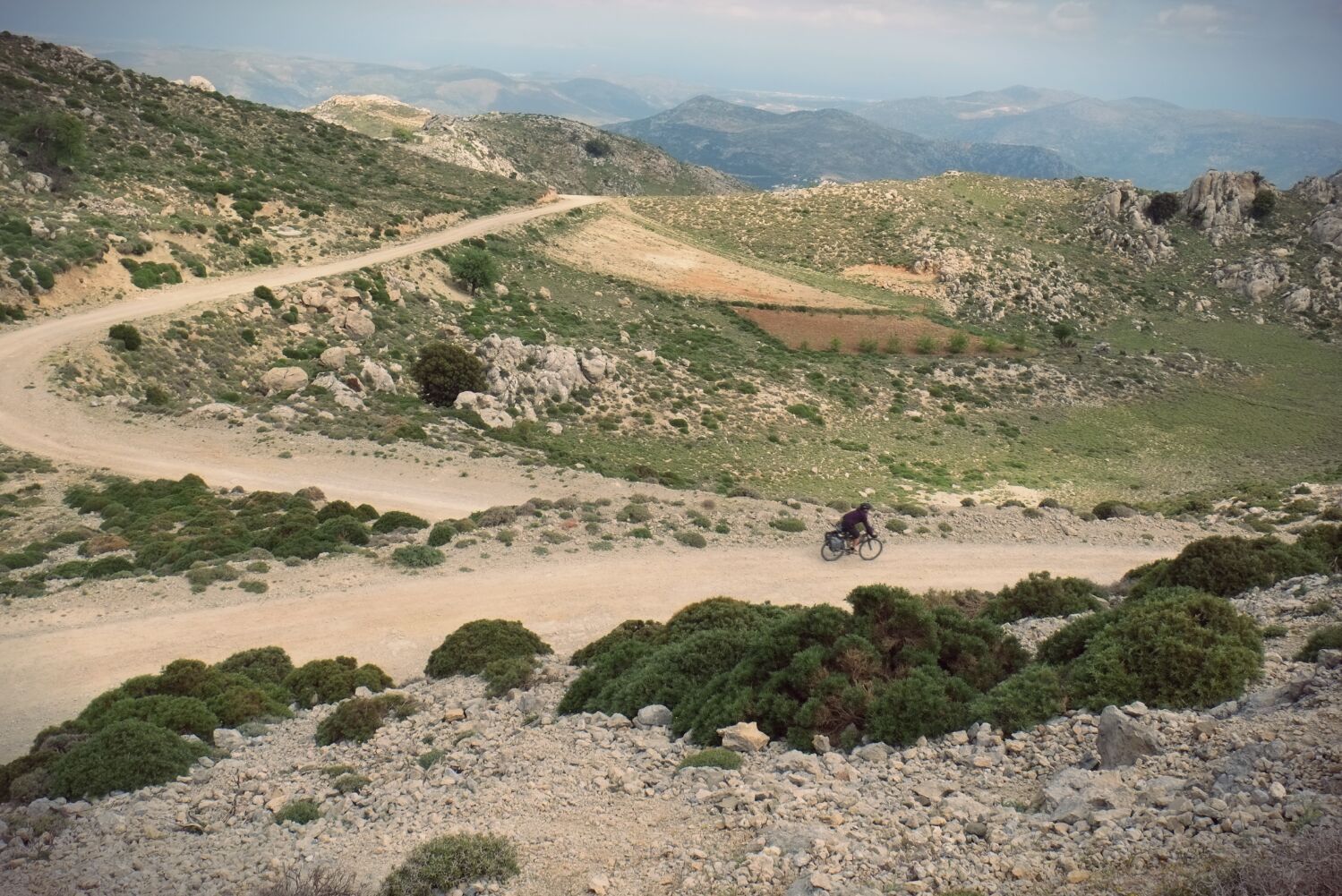 ..before beginning a descent… 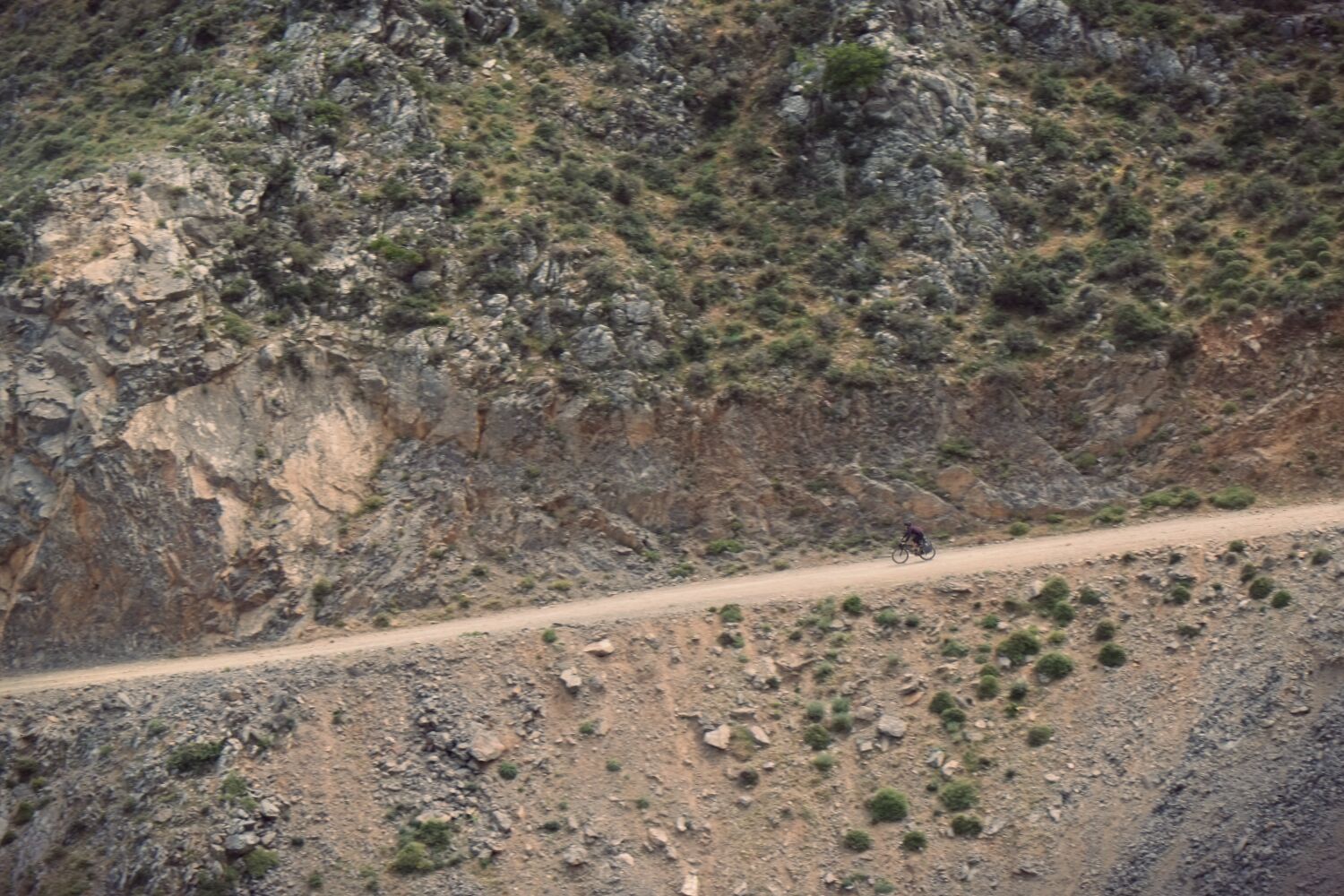 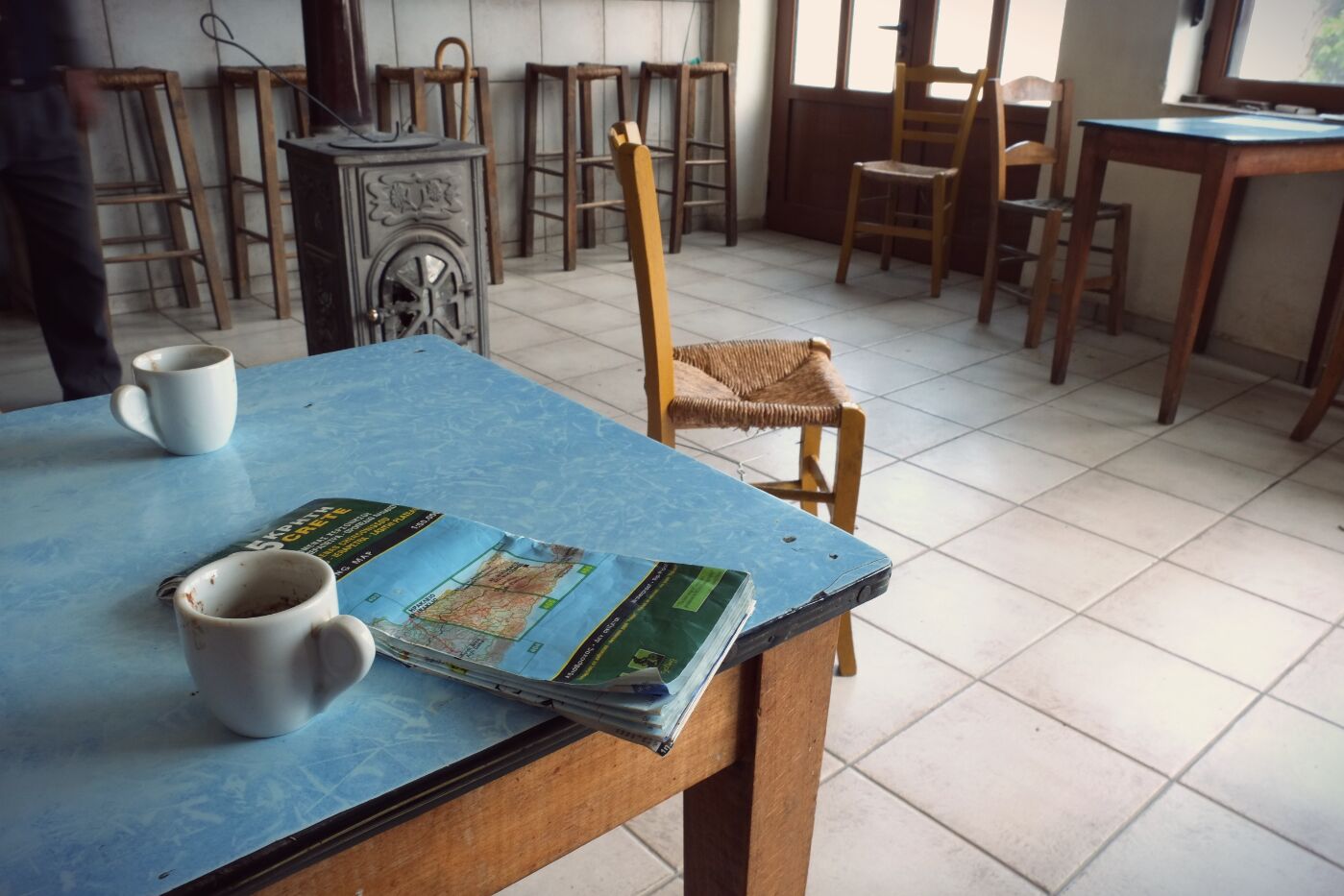 At the foot of the mountain the track ends in the tiny village of Kastamonitsa. The cafe was a required stop… 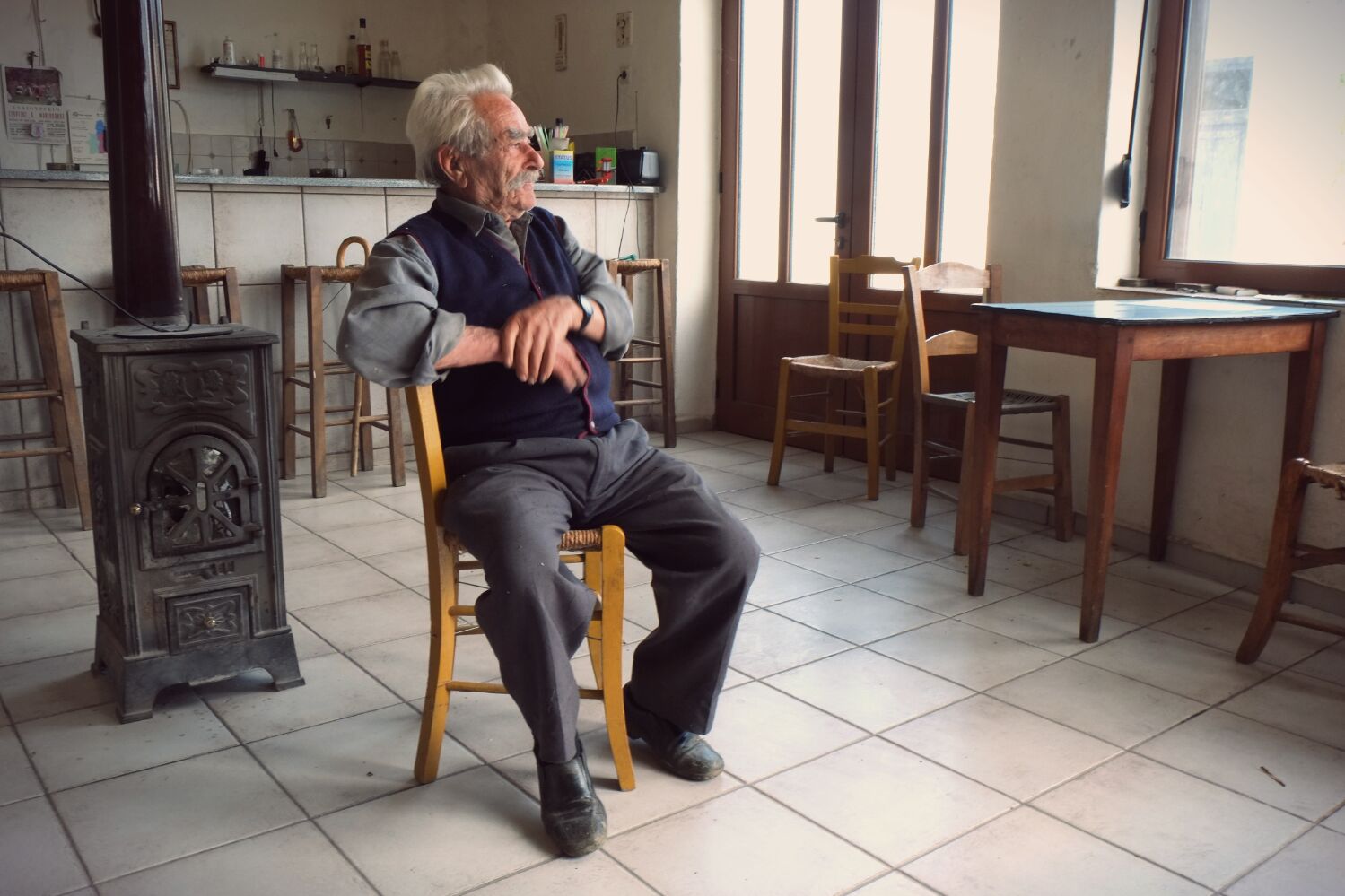 I was reminded very much of village cafes in the mountains of Anatolia. Really lovely. 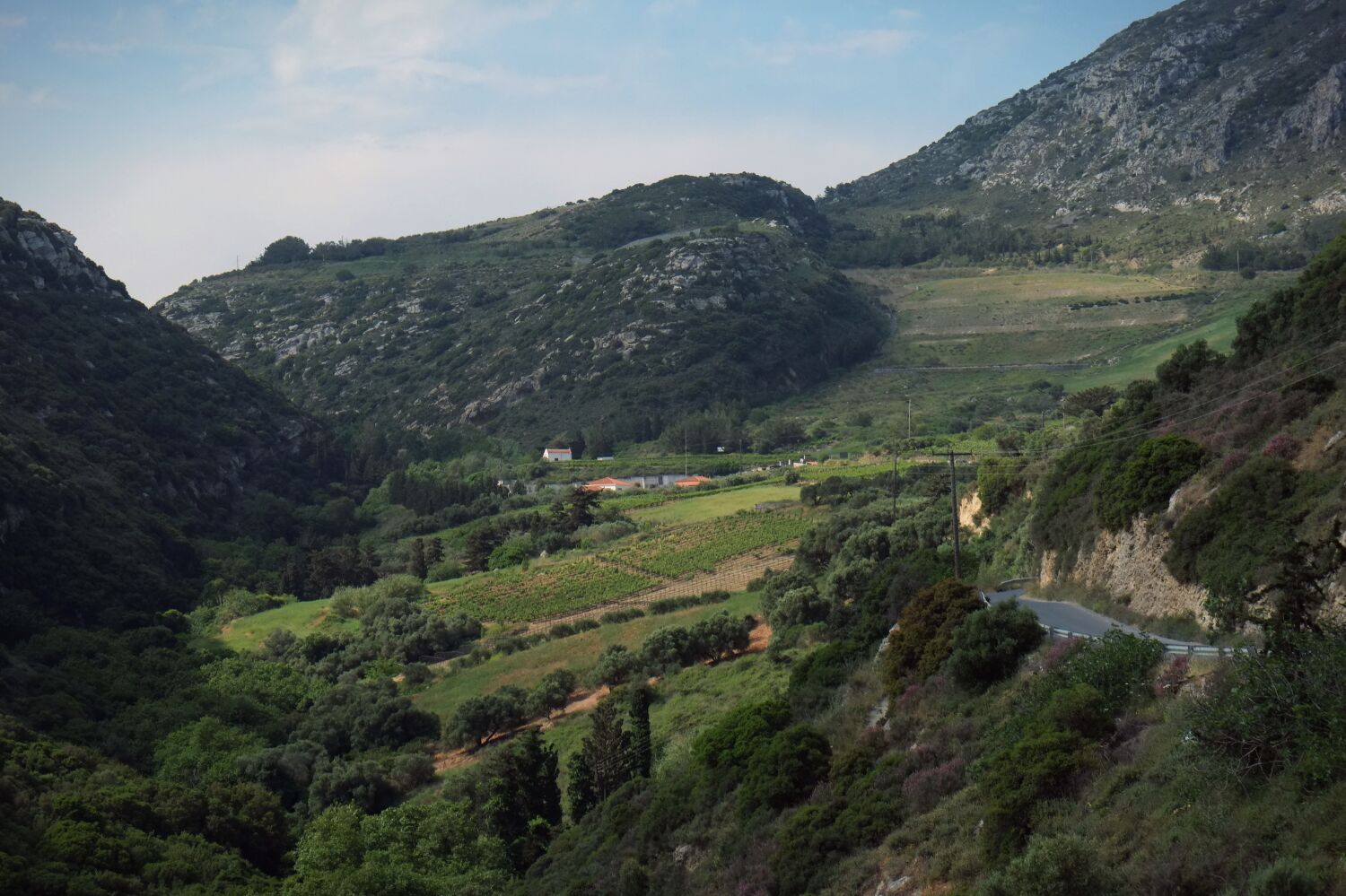 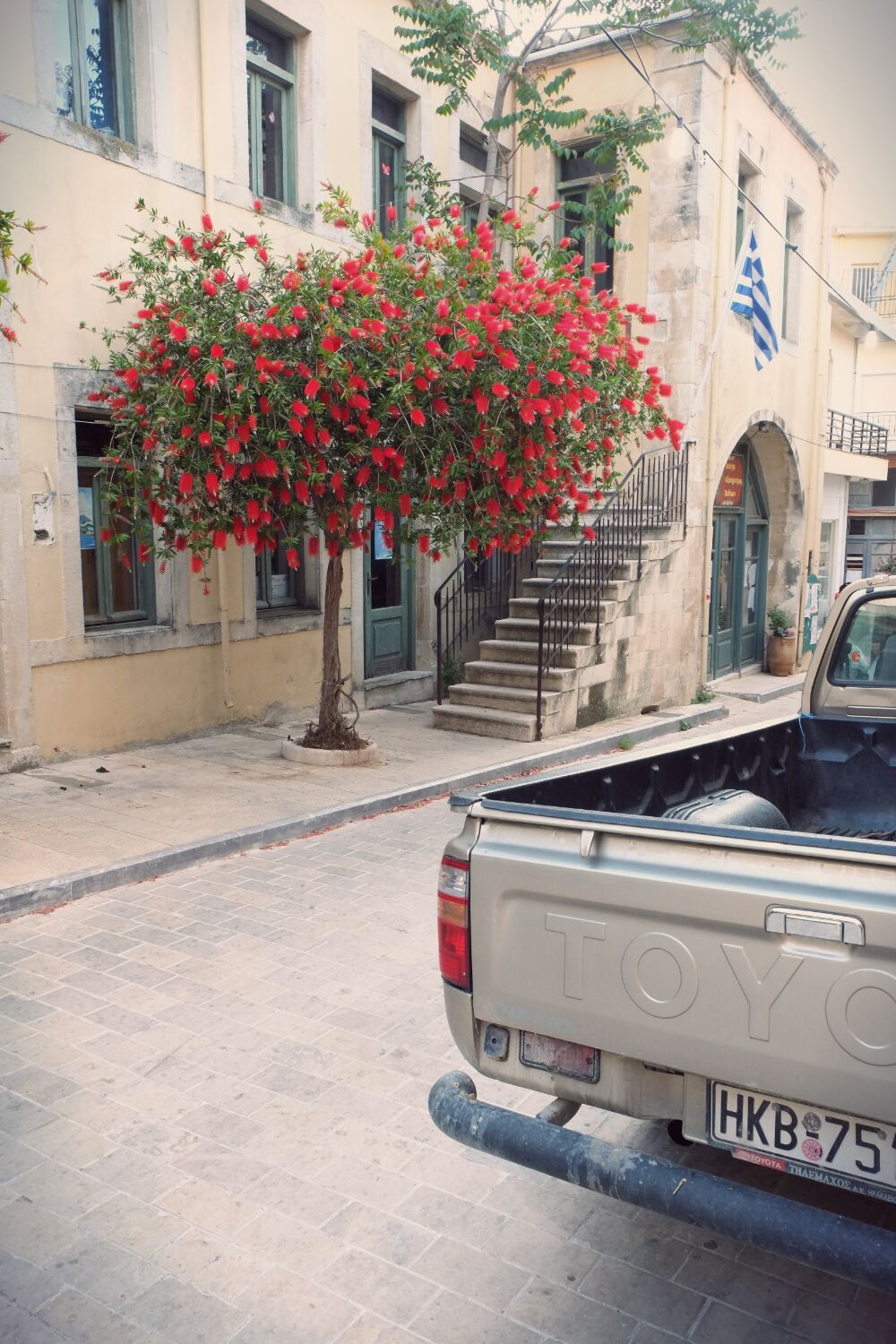 Very much off any kind of tourist trail I had no idea what to expect from Archanes… it turned out to be a thoroughly lovely, friendly Greek town of narrow, stone paved streets and colourful buildings. 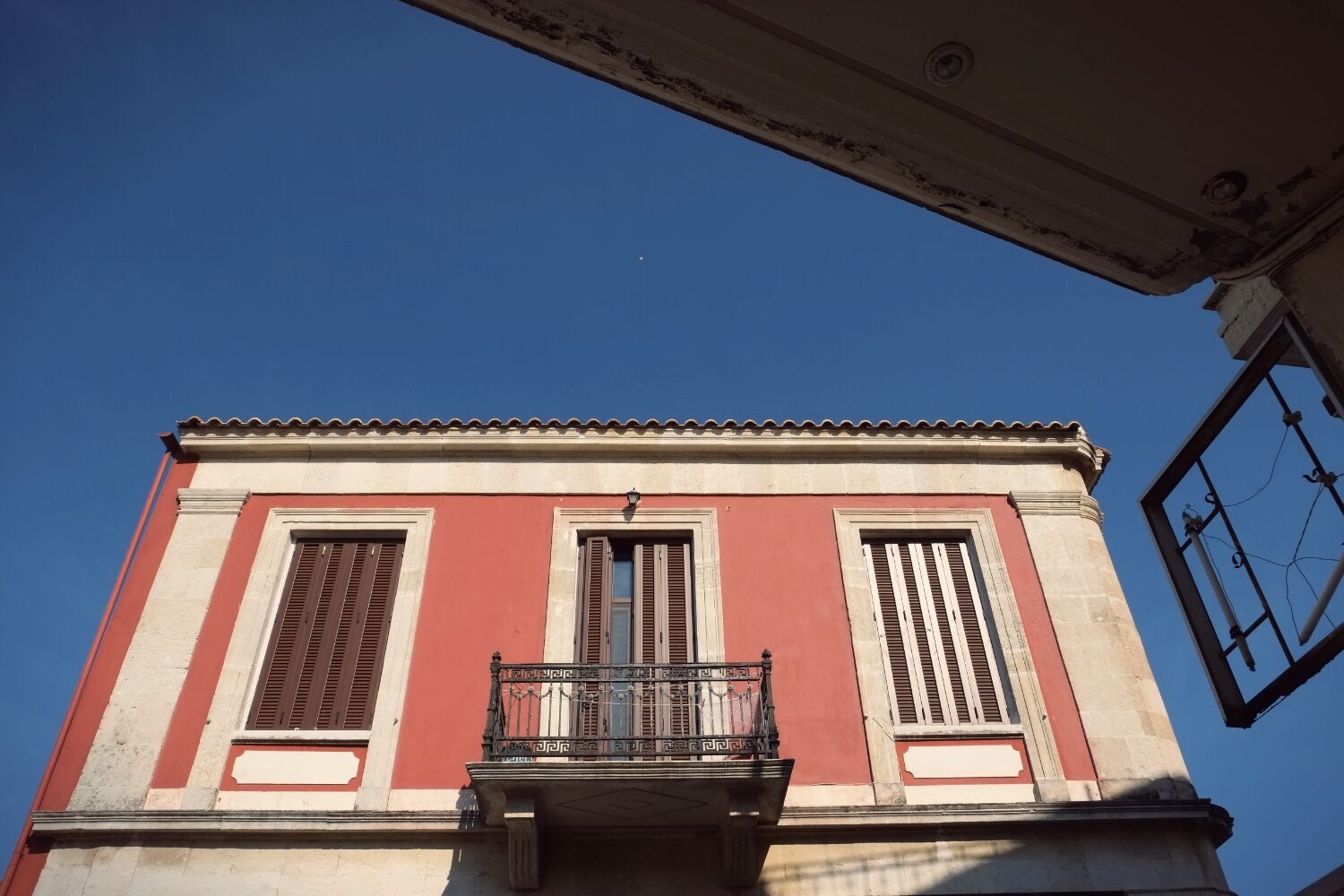 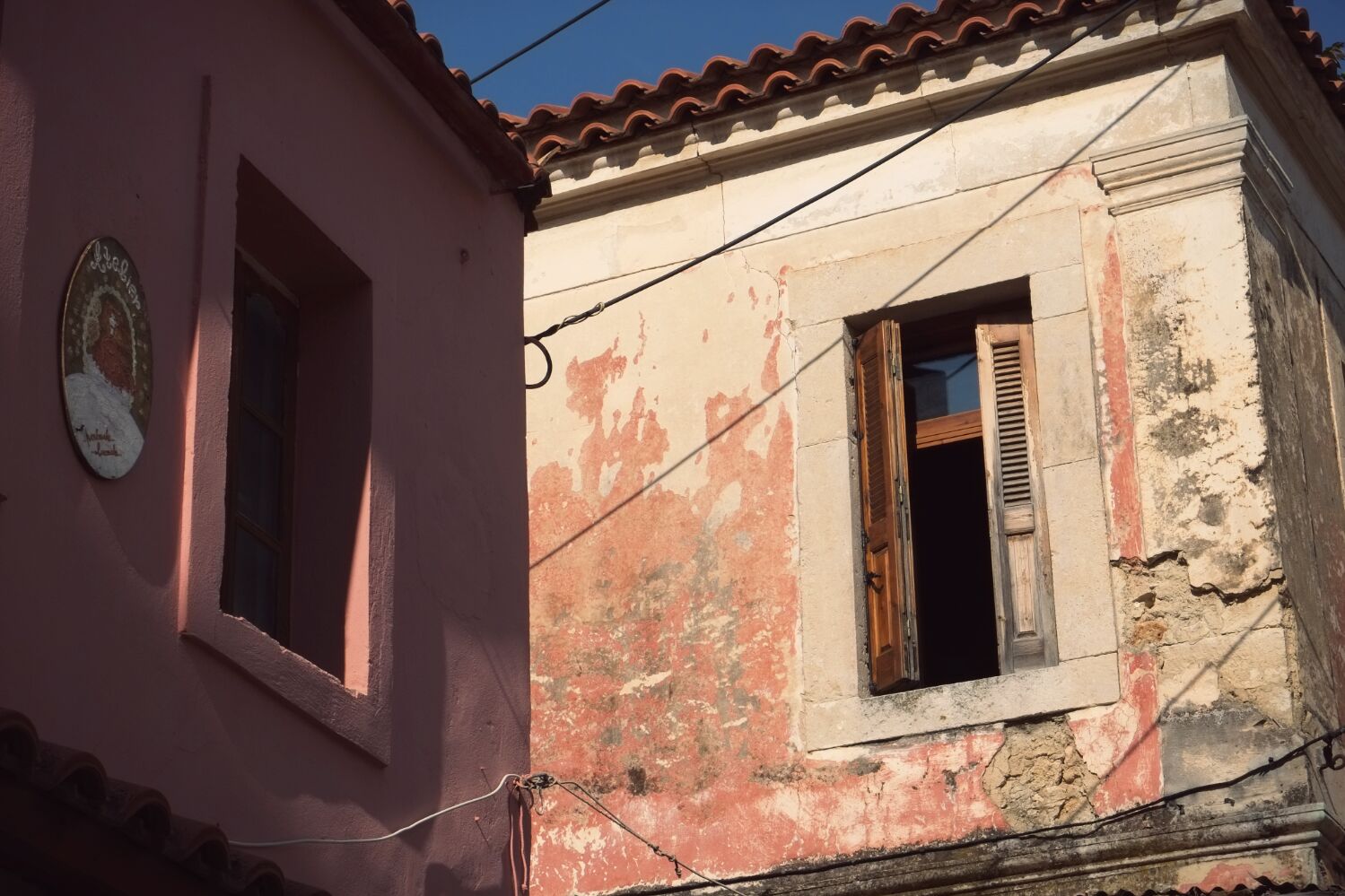 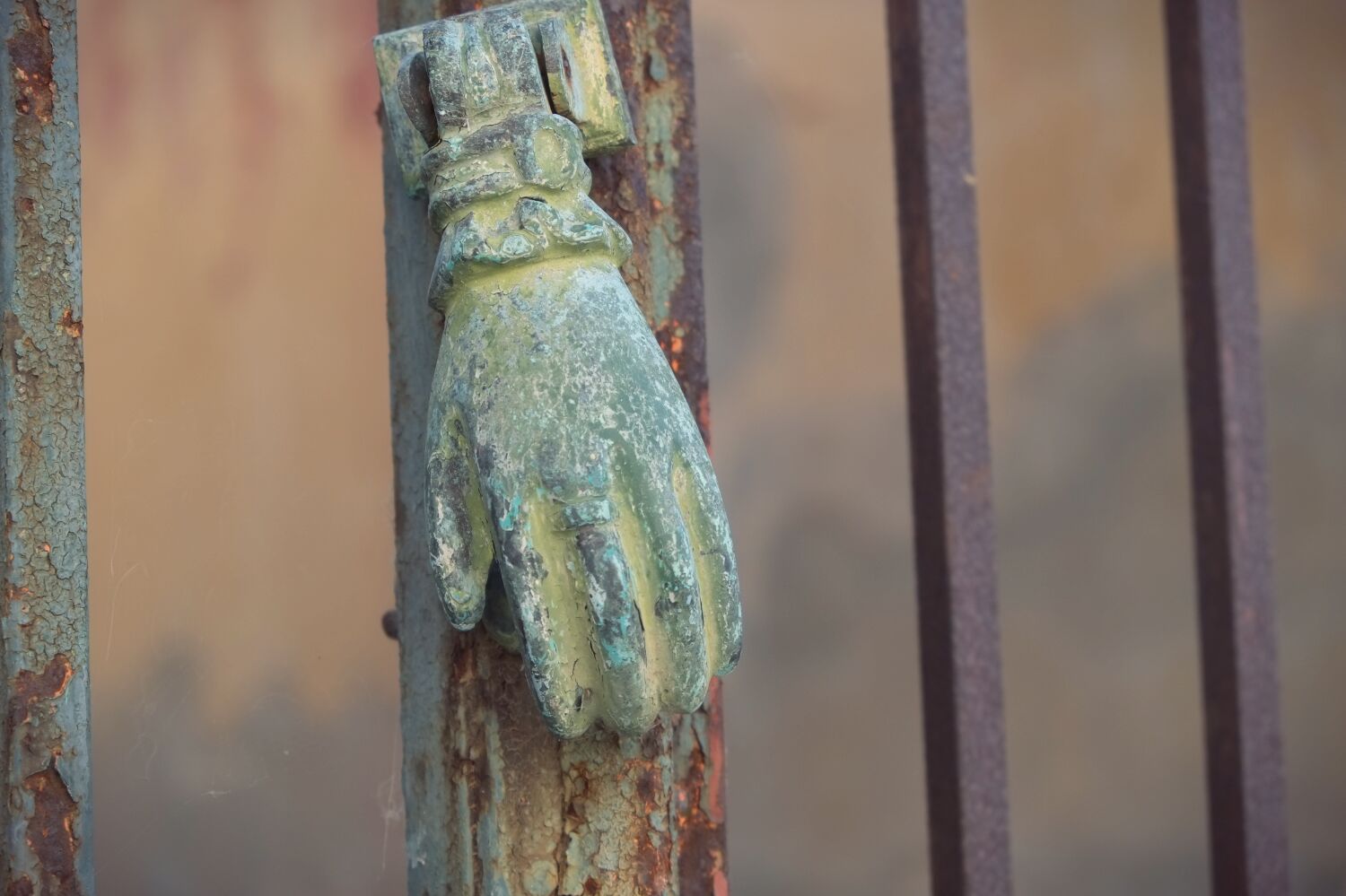 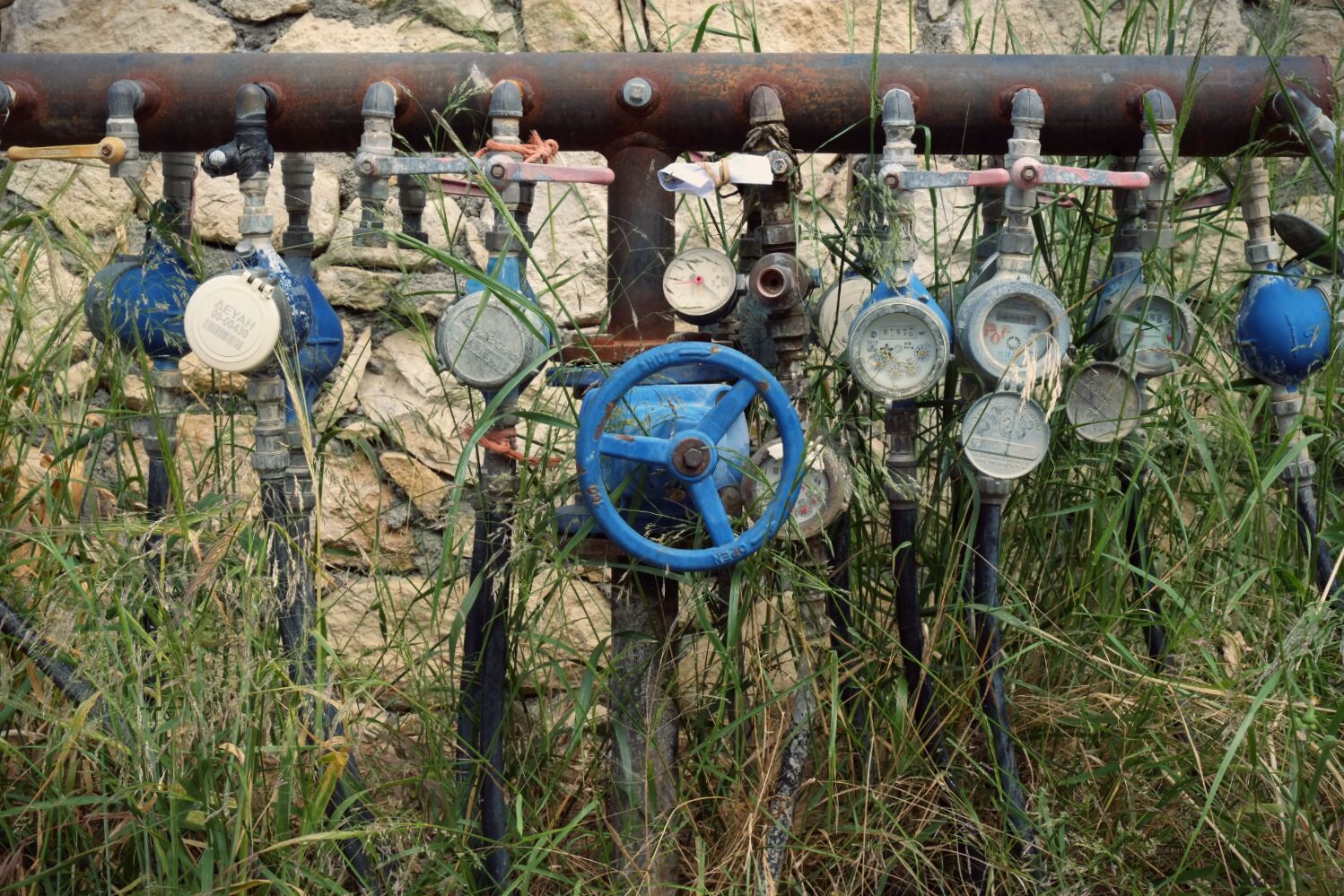 From Archanes it is just a short ride of about 20km to Heraklion…. some local knowledge pointed us to some quiet lanes through a lush gorge as an alternative to the obvious route, The villages along the way featured the usual water supply arrangements… 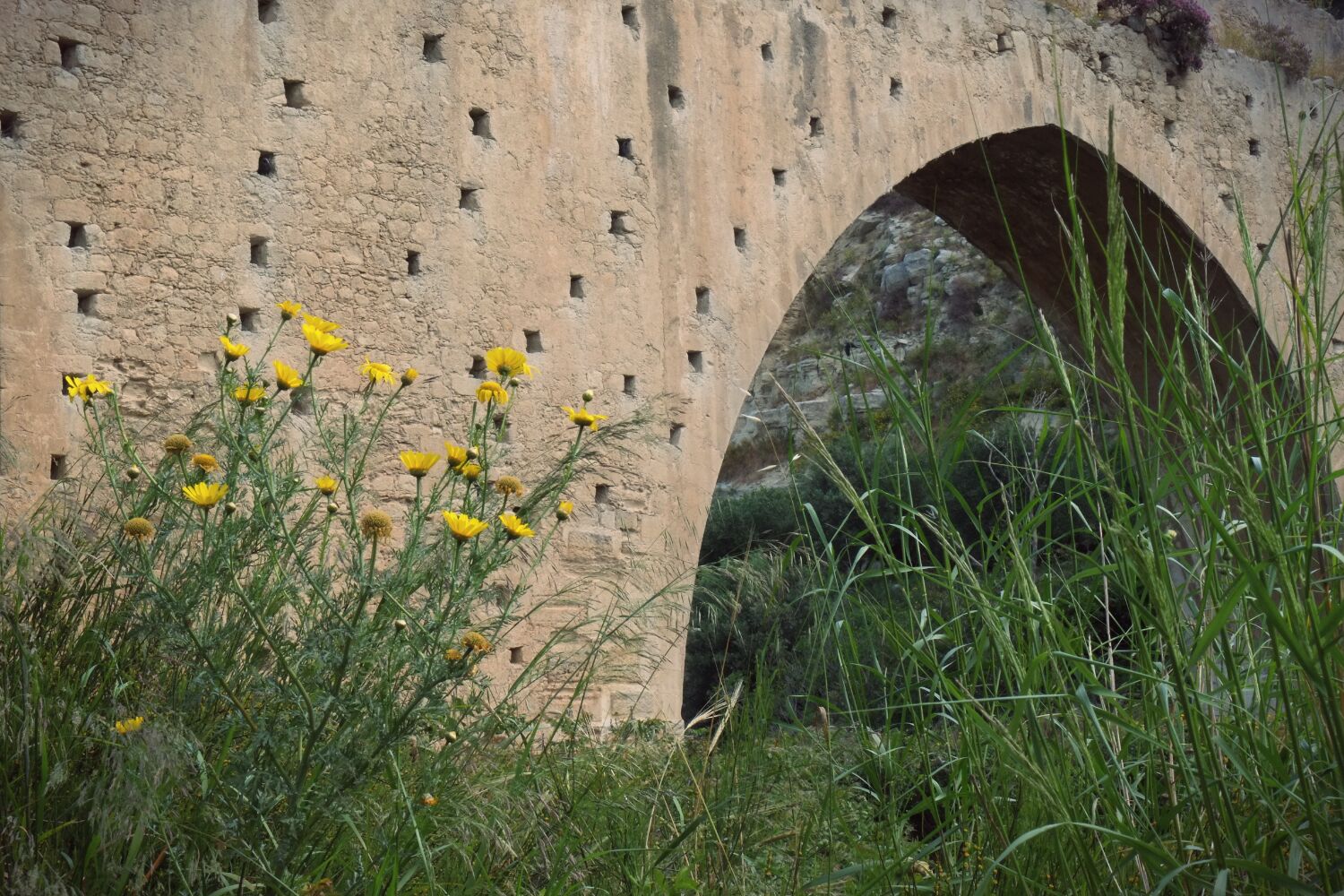 ..while the last village featured an impressive aqueduct, it dates from 1600. 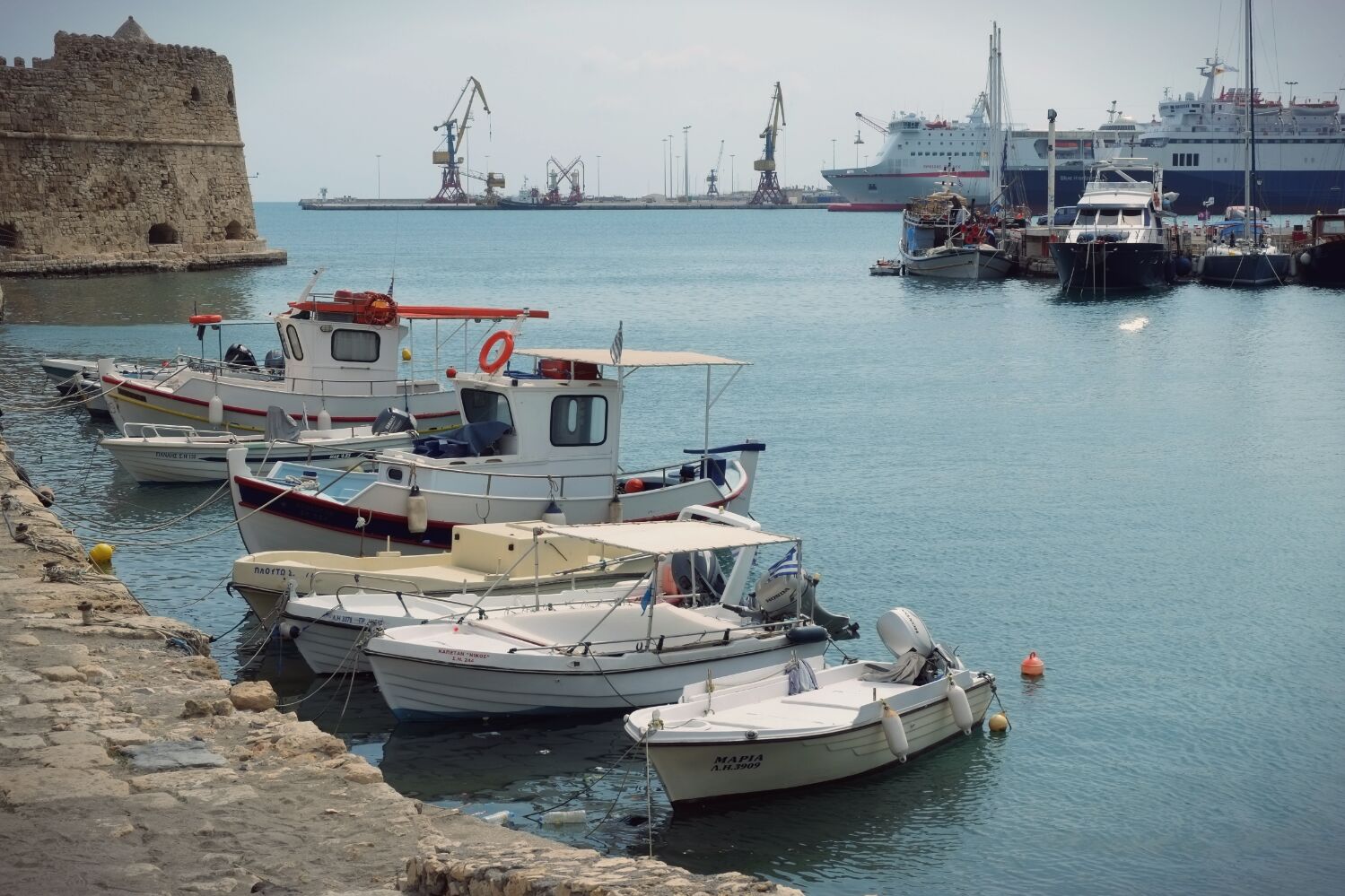 Not having spent any time in Heraklion itself we decided to ride through the city center to have a look at the port (about all there is of interest).. the sun was high and light horrible but I took pics anyway… 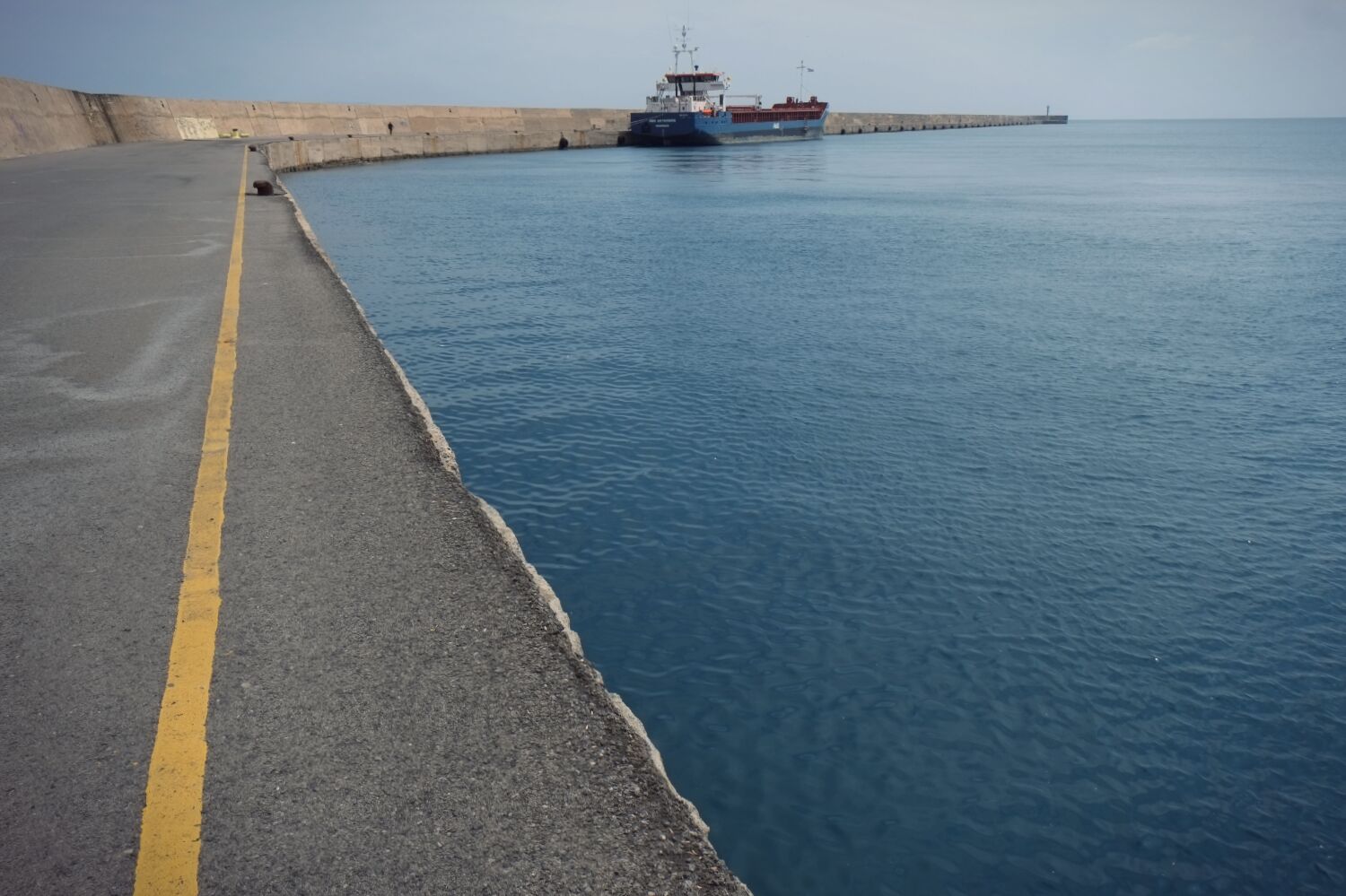 The breakwater is vast… 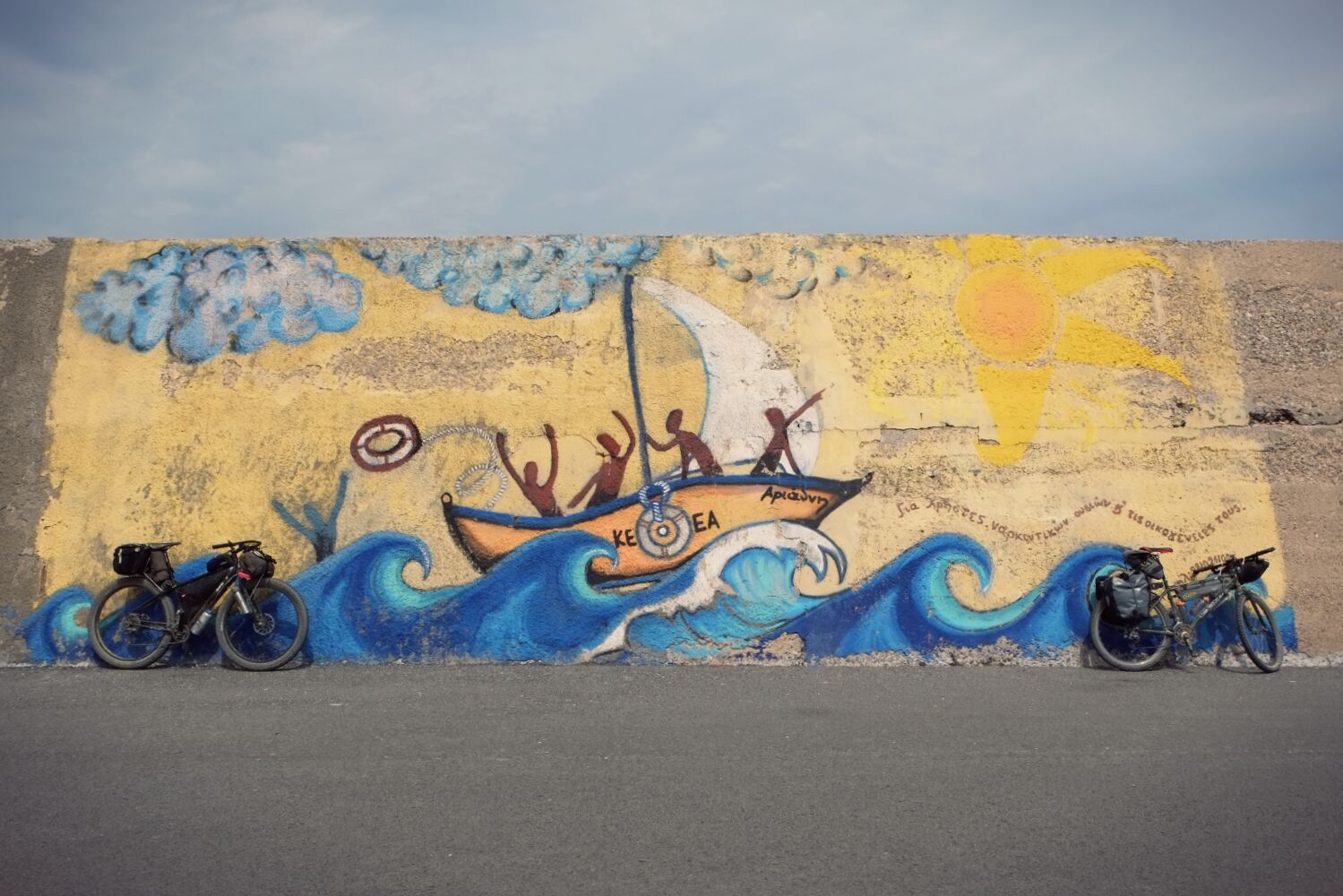 ..and features some cool murals. 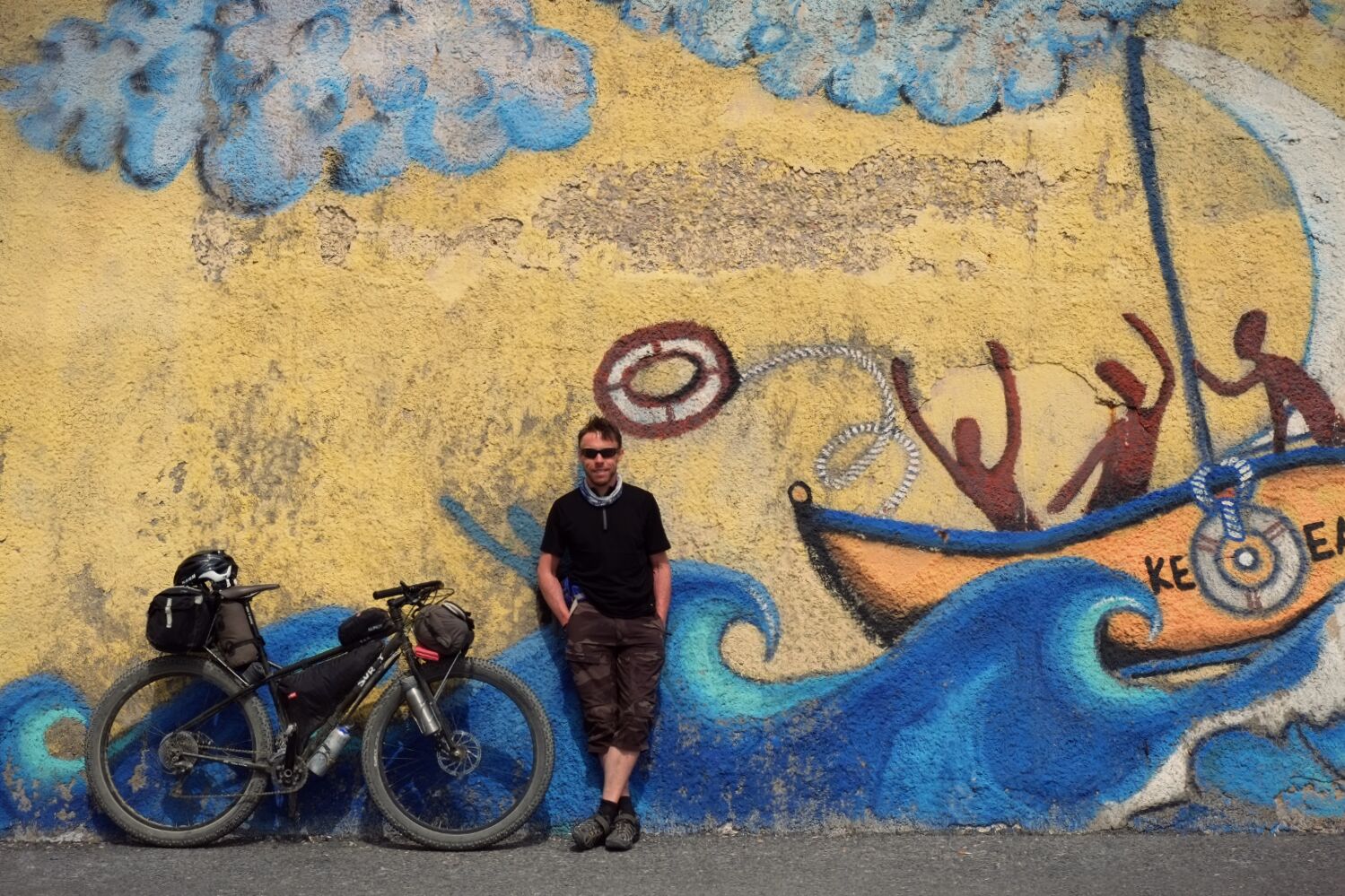 we did some tourist snapshot things.. it was windy and I need a haircut. 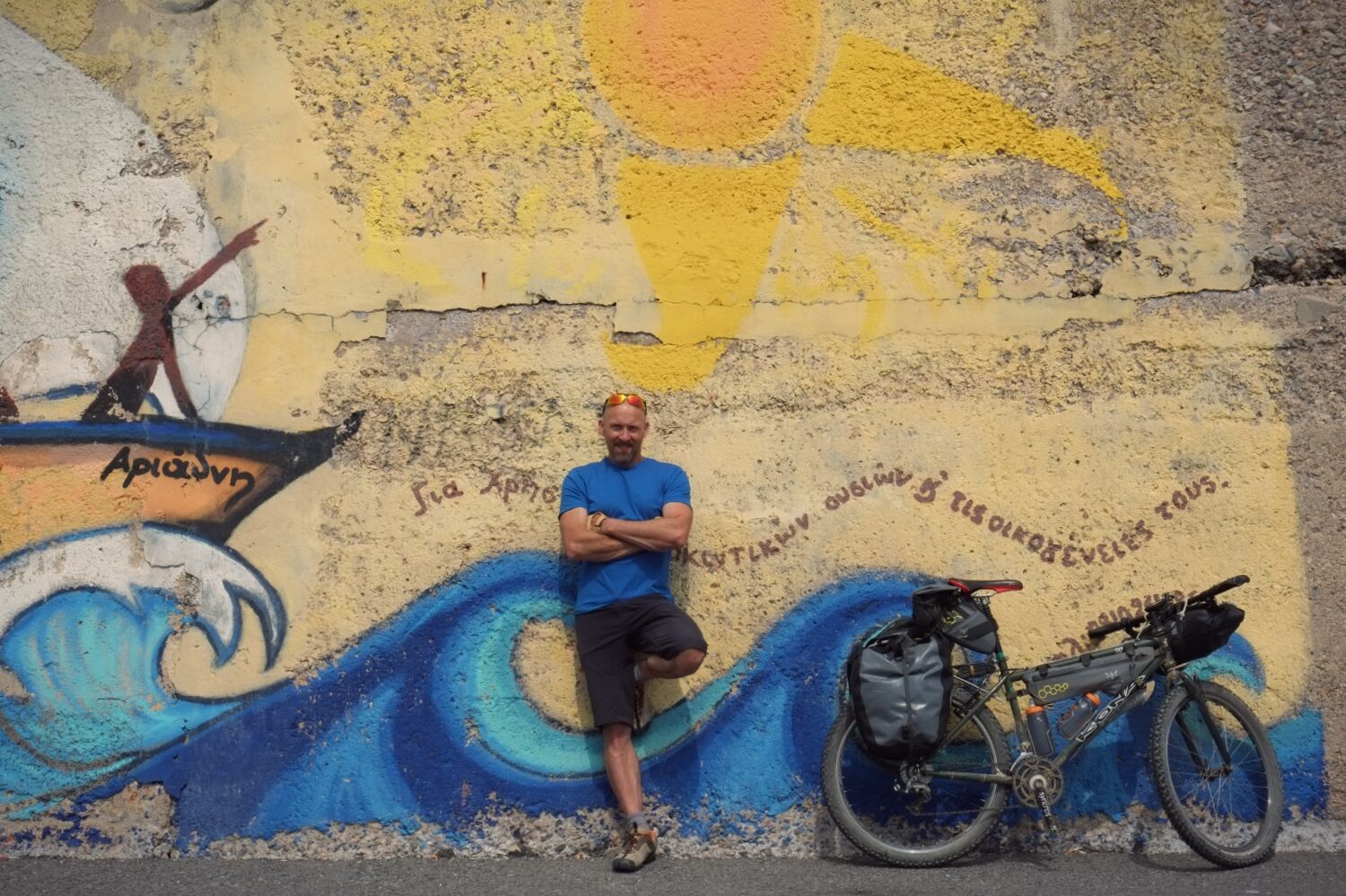 …and then rode off west in search of beer, food and digs in that order.

That’s it, cheers for reading. If you’re interested in heading this way there’ll probably be a post at the weekend on bikepacking in Crete in general with stuff like maps etc.