There are few things in life as delicious as a siesta in the shade of a tree on a hot afternoon beneath a sapphire blue sky with nothing but the sound of the wind painted onto the peace.. especially when it’s somewhere with such a legendary status as Troy. I took an easy day of just 70km to reach Homer’s fabled city having broken all my rules about limiting my efforts on the first day of a tour so my body can adapt to the daily mileage again, especially given a relative lack of miles in my diet recently.. 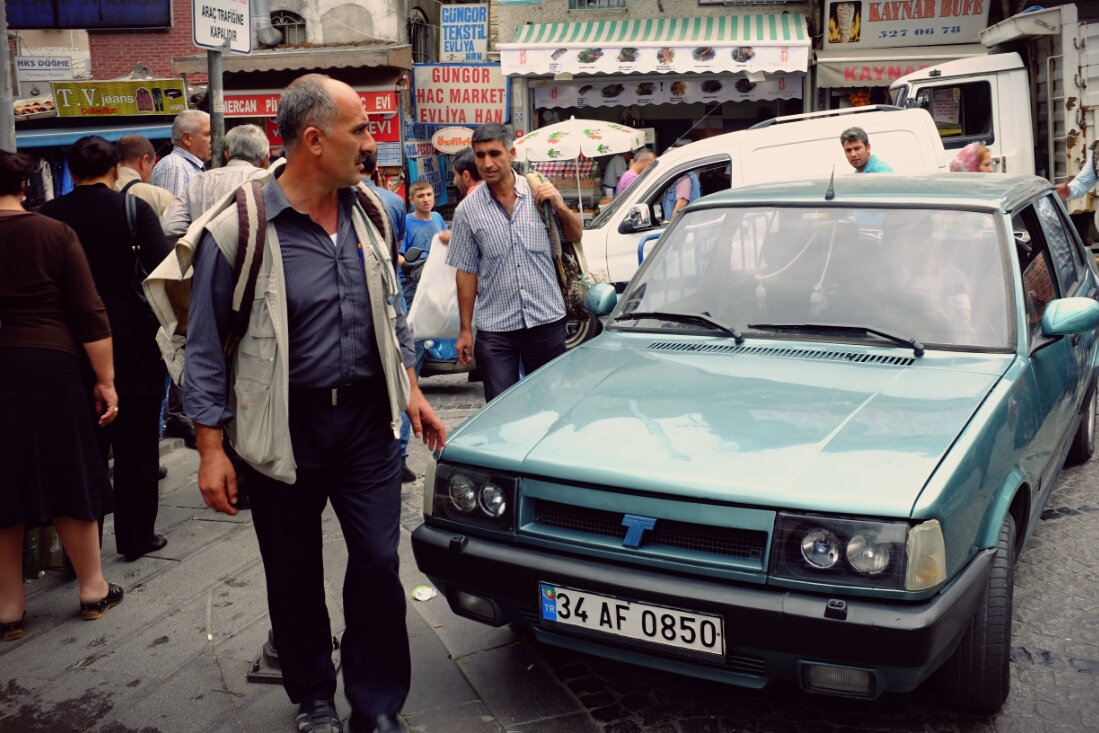 a last look at Istanbul

The ferry from Istanbul to Bandirmir was a fast one.. making the 115km crossing in only a little over 2hrs. The fun started when I rode to the spanking new ferry terminal at Yenikapi and was waved through security to ride my bike across the passenger concourse, tyres squeaking on the highly polished floor, to the ticket windows… Bicycle? No problem.. no charge.. I wheeled it into the passenger lounger rather than ride, I thought that might have been just a little too cheeky… It’s moments like that which make the UK seem positively handicapped when it comes to public transport and bicycles. From the ferry terminal in Bandirmir it was late afternoon so an easy spin of just 20km to pitch my tent on a quiet stretch of beach near Erdek… 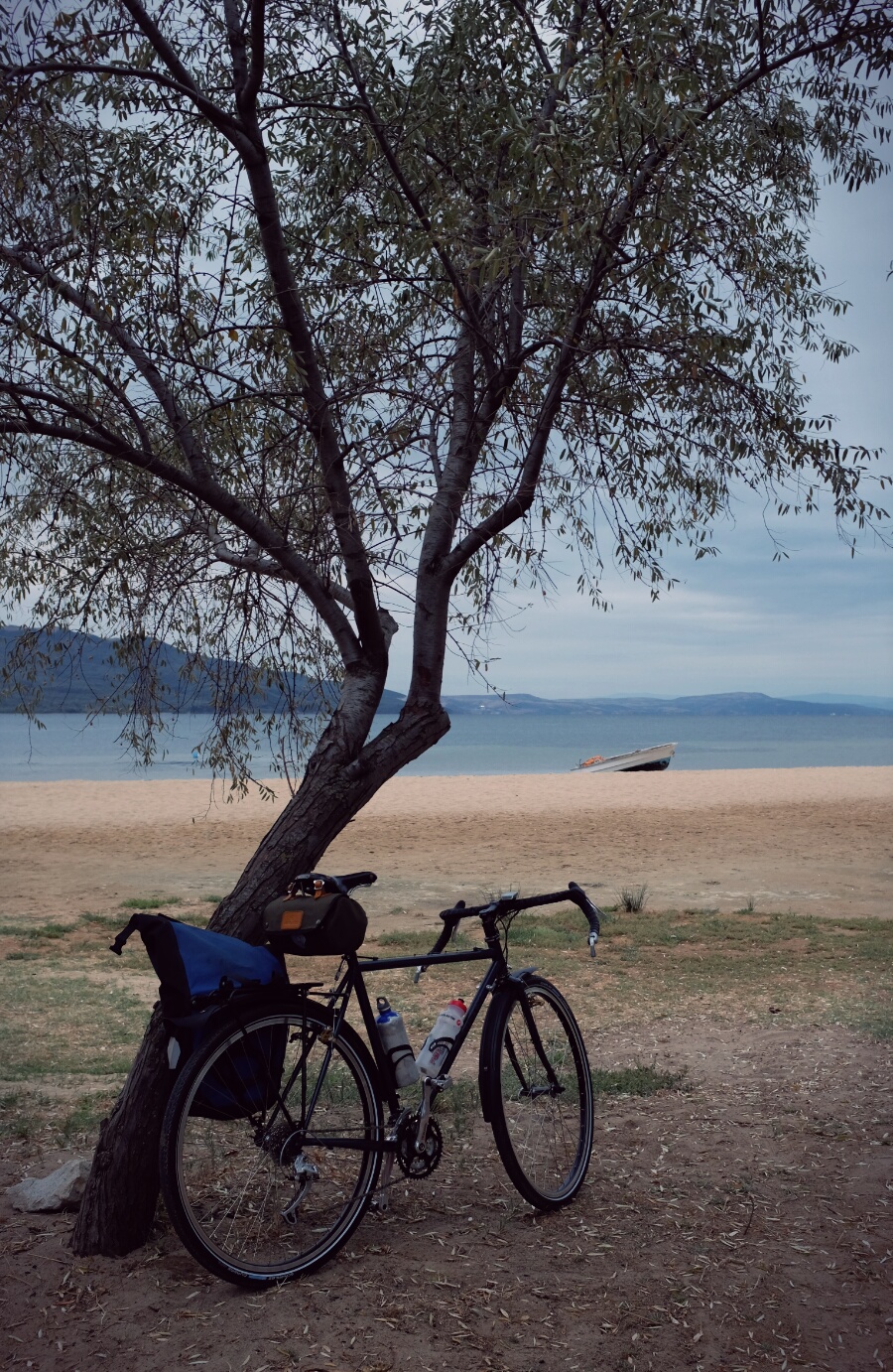 a tidy spot to camp..

…followed by a long, hot, windy, hilly day west to reach the Dardanelles.. I had thought I might go all the way to Canakkale at 165km but the heat, wind and climbing all took their toll on my legs and when I’d finally got the long stretch of dull highway, dotted with industrial towns, out of the way, and was riding alongside the azure blue waters of the  Dardanelles watching big ships making their way to/from the Black Sea I decided I was happy to call it a day when I made the mistake of putting my feet up for a while mid-afternoon on the long waterfront of Lapseki at 135km. Just one of those days that happens every now and then when you have a stretch of riding that is best out of the way as quickly as possible. But even those kind of days on a bike can be great, perhaps because they are hard when something good happens it makes more of a difference than it might make any other day. In this case it was the gift of two melons… 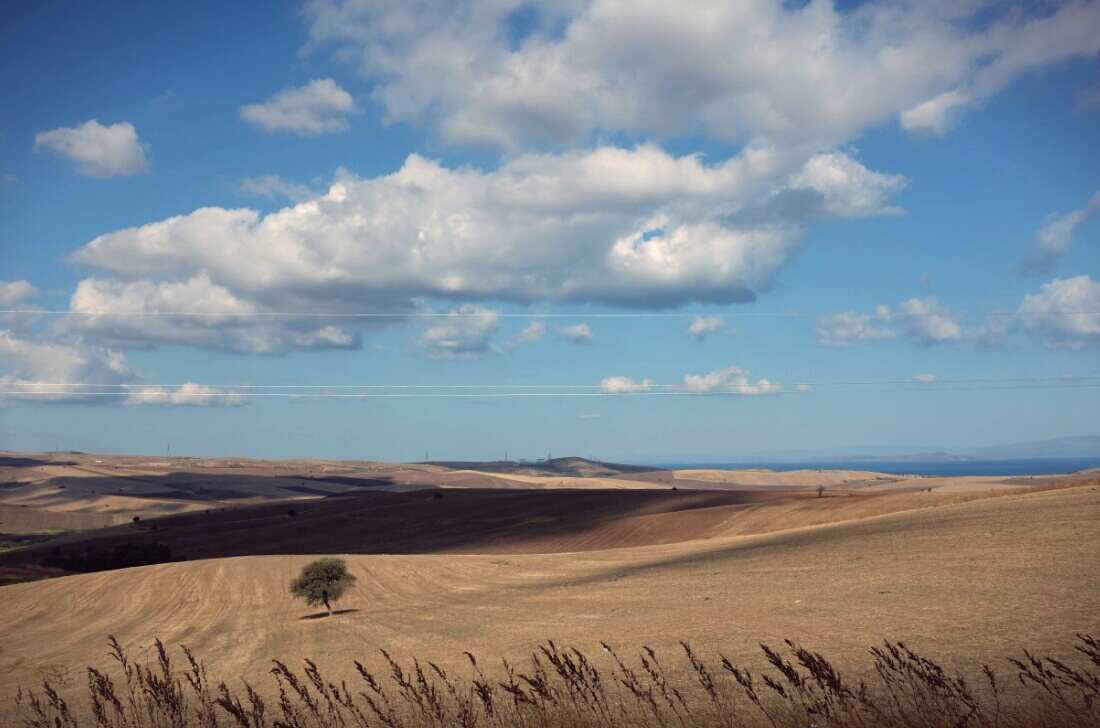 I met a chap on the highway with a truck full of melons. Just the thing for refreshing mind and body on such a day, no sooner had I stopped than slice after dripping slice was thrust into my hand, and when I tried to pay he instead handed me another melon and with a shake of the hand and pat on the back saw me on my way. He’d carefully selected a ‘smaller’ melon, no bigger than a football, which was just as well, there are few things more awkward to strap to a bicycle than a melon.. the next 60km or so were easier and more fun than they might have been otherwise :-) Such is life on a bicycle. It’s nearly always like this when I go riding. Can’t even ask for directions around here without being asked to stop for tea. Very much like India and Pakistan in that respect. Happily :-) 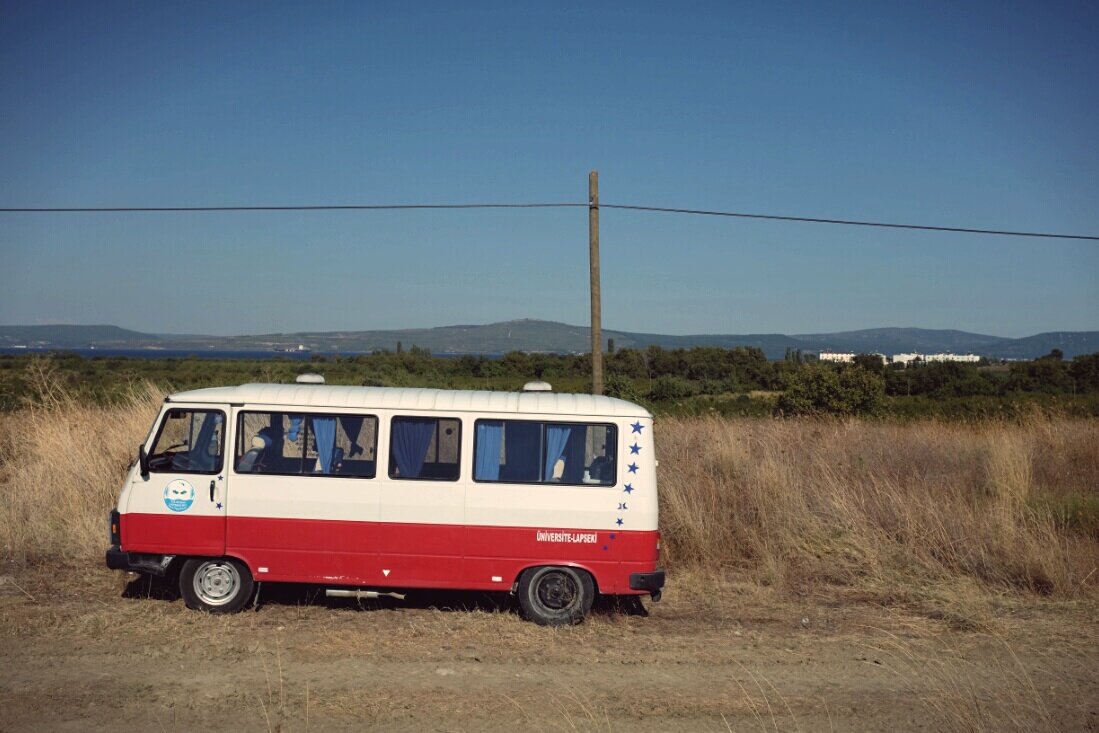 melons aside… about as interesting as this stretch of highway got 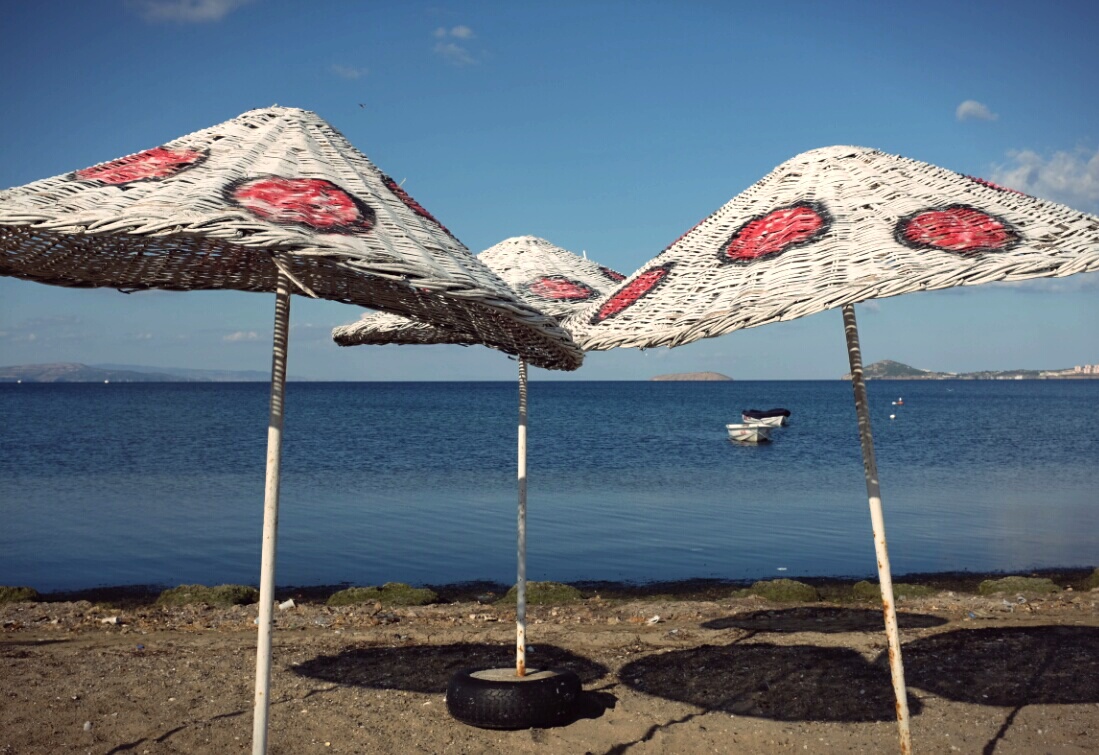 very much an off-season feel along the coast. A good thing. 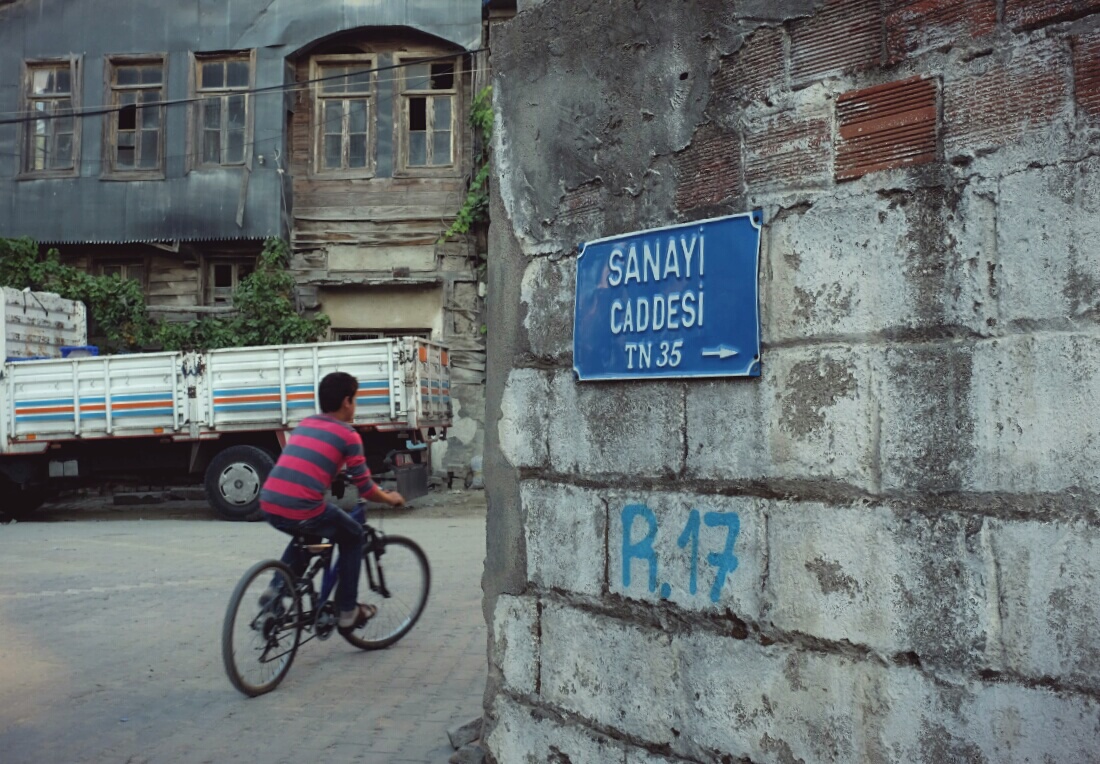 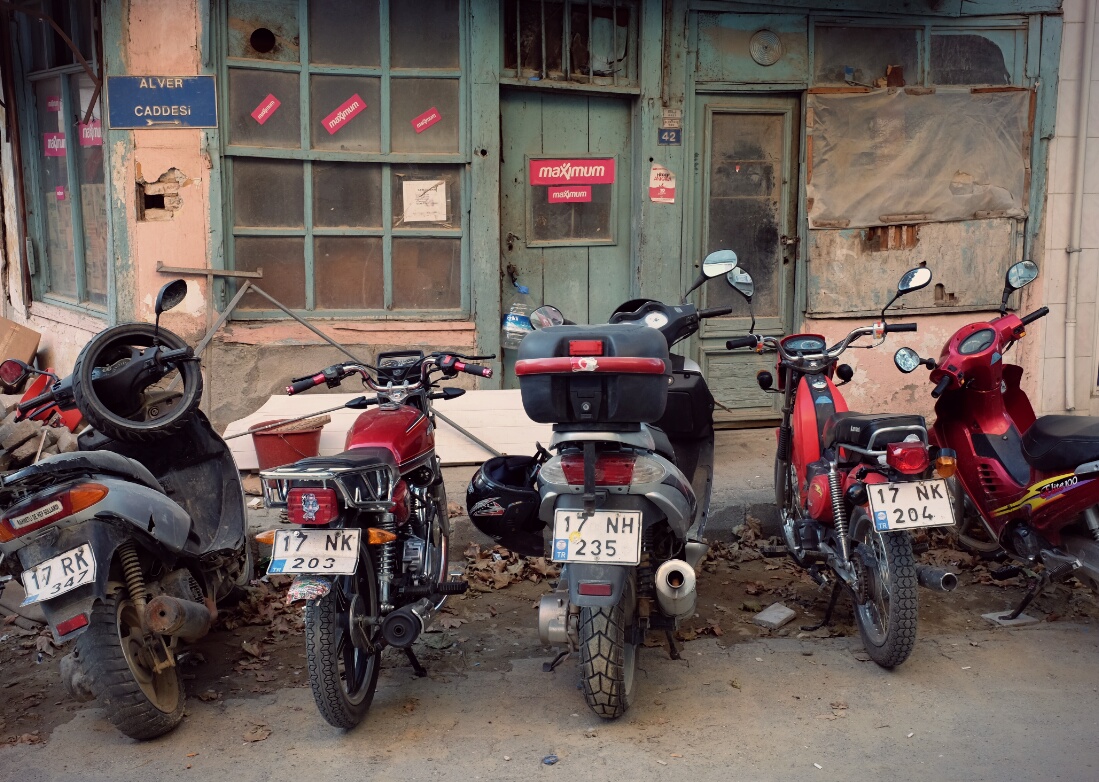 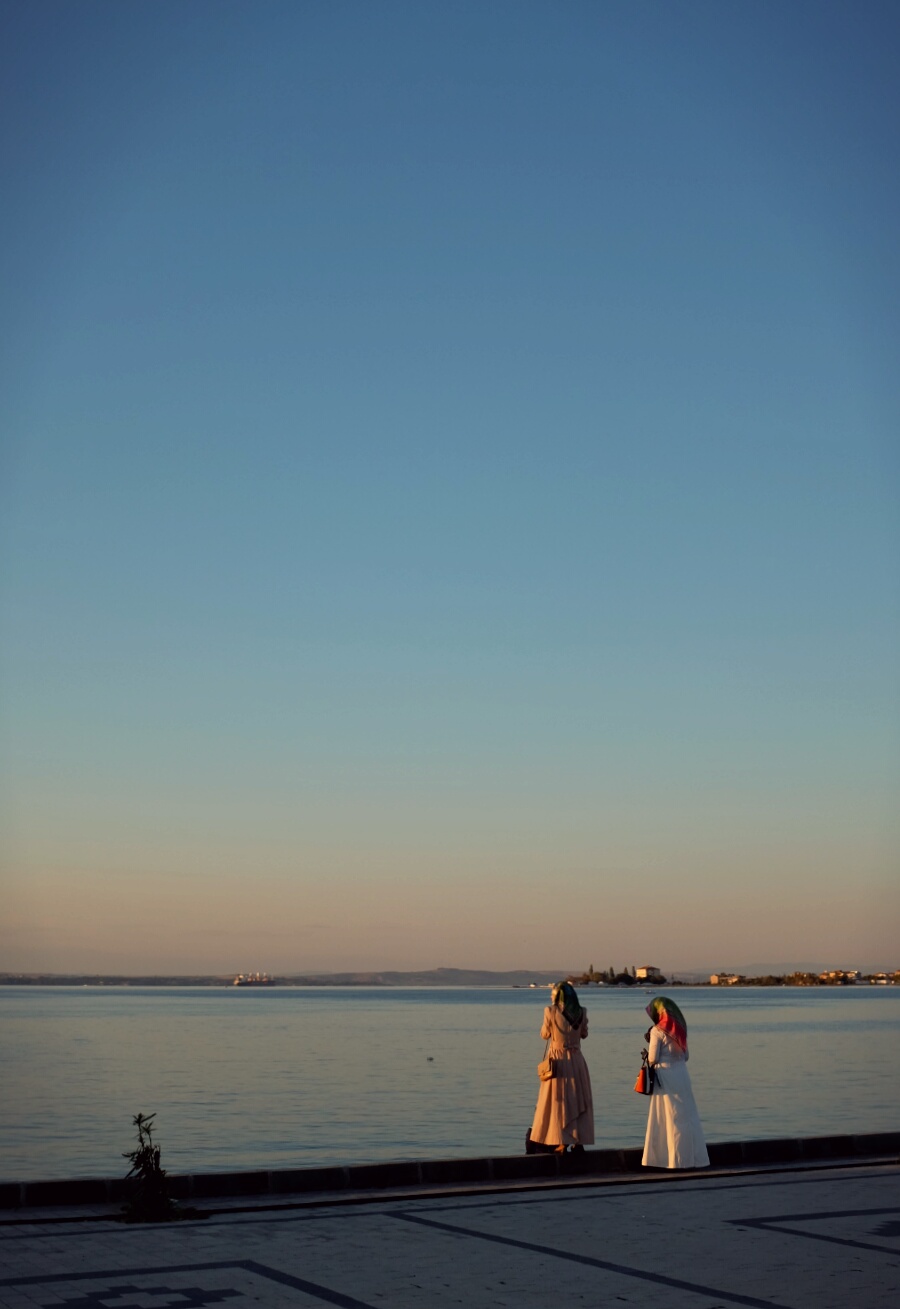 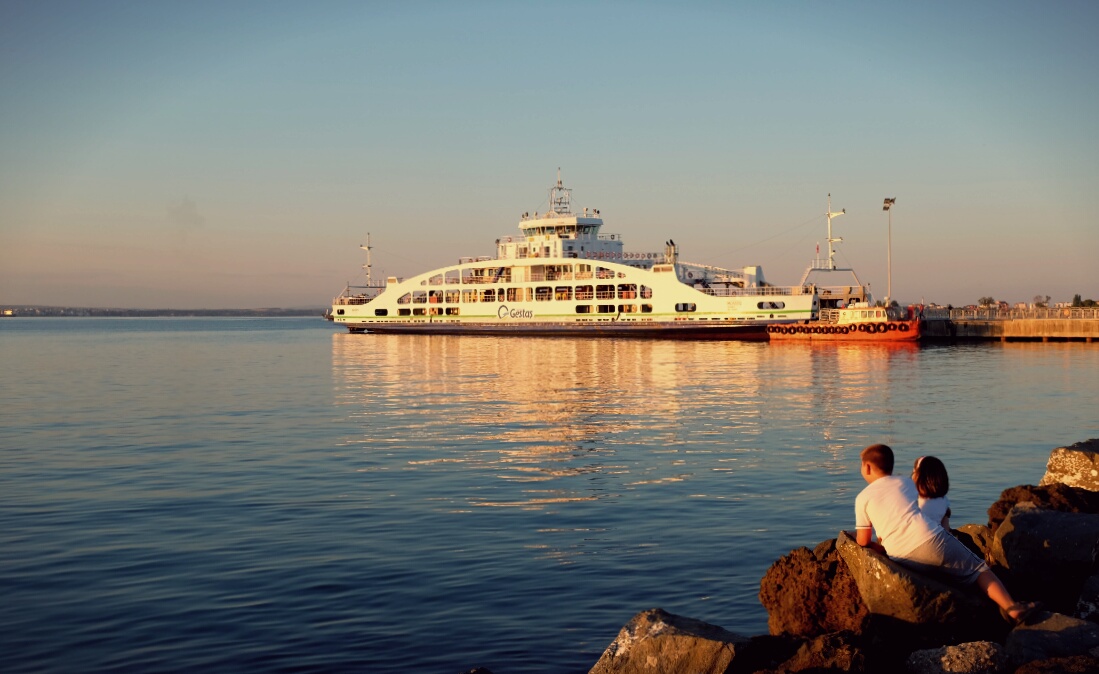 Troy then… I was almost seduced into staying by Canakkale’s sweeping waterfront when I stopped for coffee mid-morning.. but glad I didn’t. It was a good day for riding with a raging east wind at my back so I trundled into the village of Tevfikiye in time for a lunchtime beer, to find a place for my tent in the garden of a pension, and enjoy the aforementioned siesta before a wander around the ruins of Troy. Sadly much of the good stuff has been carted off to museums overseas, although with the building of a new site museum the Turkish government are trying to get it all back.. I hope they do. There isn’t a huge amount to look at when compared with places like Ephesus and so on but despite that the crumbling ruins are still an evocative site when one considers the age… with the earliest sections dating back almost 5000yrs and the rich layers of history replete with war, fire and the rise and fall of civilisations. 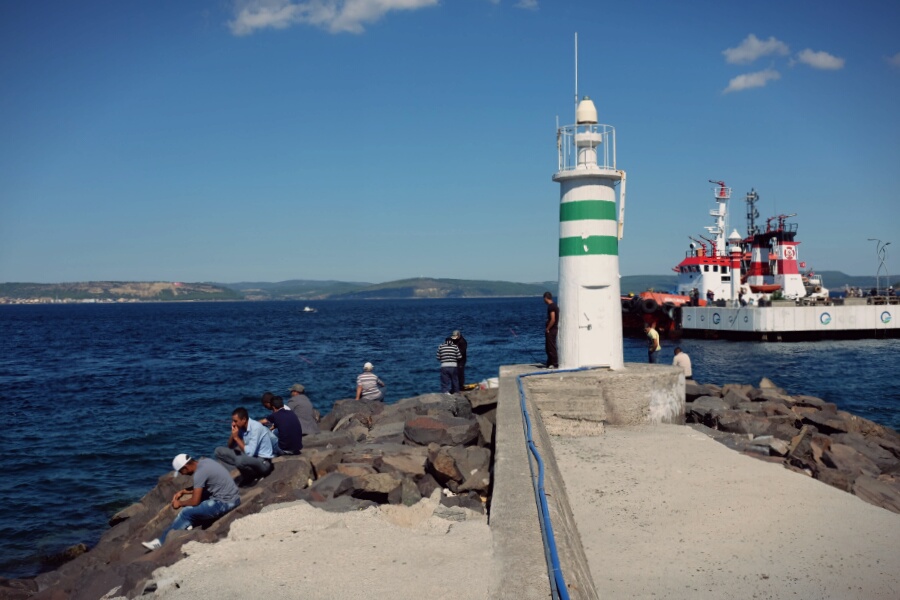 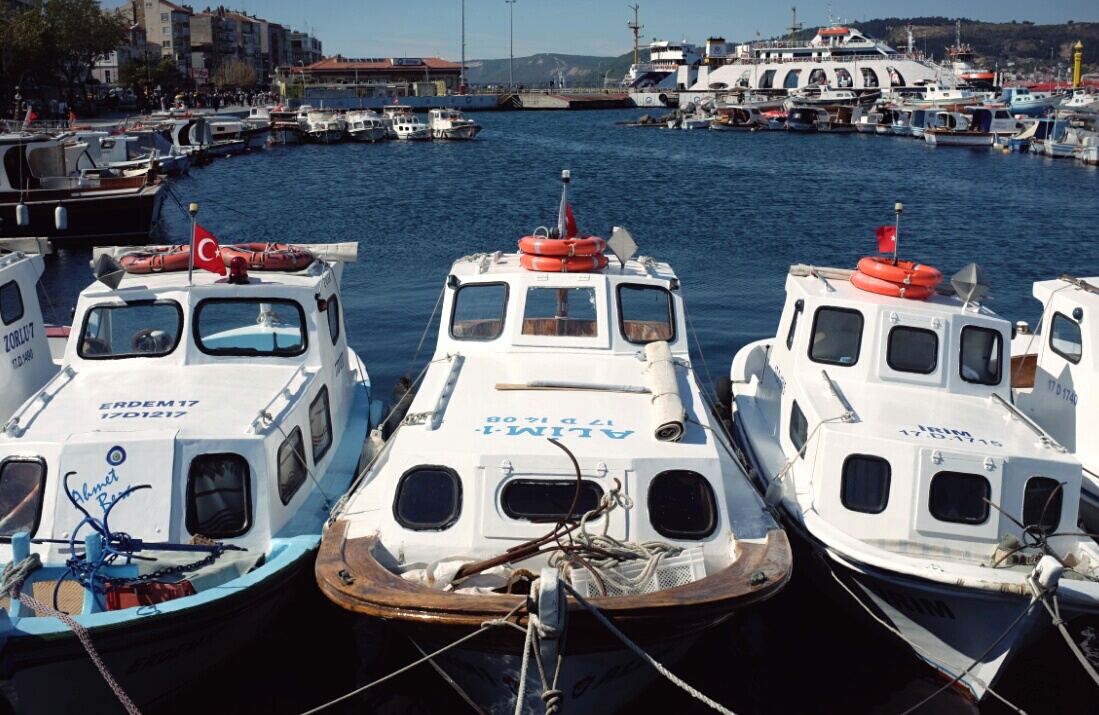 Tevfikiye is a tiny,  mellow little place with little else to do than drink tea with the locals. Not a bad thing, I’m having to spend a second night here .. I woke up this morning with a face full of eczema and feeling pretty rough…just one of those things you learn to live with and learn when not to push it… it didn’t help that last night was a rubbish one… it looked set to be a lovely peaceful night but a bunch of folk turned up late and started being noisy.. they quietened down a little when I made a few disgusted, as opposed to disgusting, noises from inside my tent but the damage was done, and it turned into a hot, airless, restless night. the mozzies were pretty bad too which limited my ventilation options. So I’ve taken a room for tonight and I’m looking forward to a day of quiet village life followed by fresh legs tomorrow for what looks to be a terrific 100km or so of quiet coastal roads to the village of Assos… which also sounds ace so likely going to stop there a couple of nights too. Trying to ignore the temptation to try and get all the way to Antalya and back to Istanbul before my time is up…

Right, that’s enough writing for now, I have a melon to eat. see ya! Oh… wait.. yes, there is a horse here, an eighty foot tall wooden one… somewhat predictably. 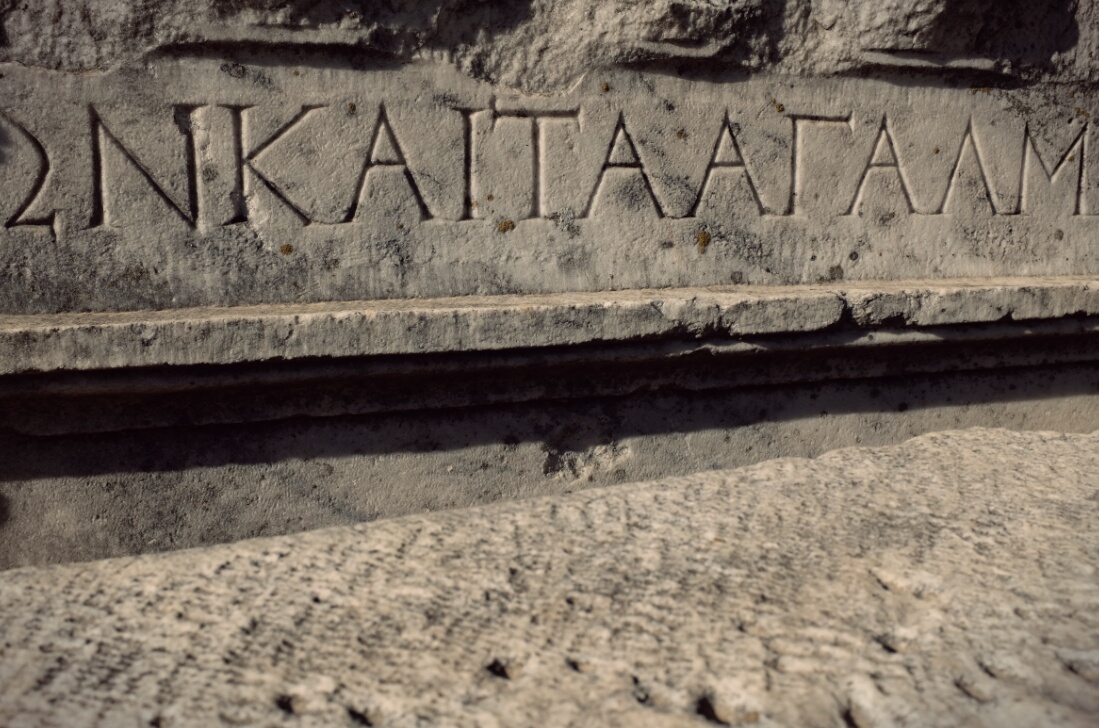 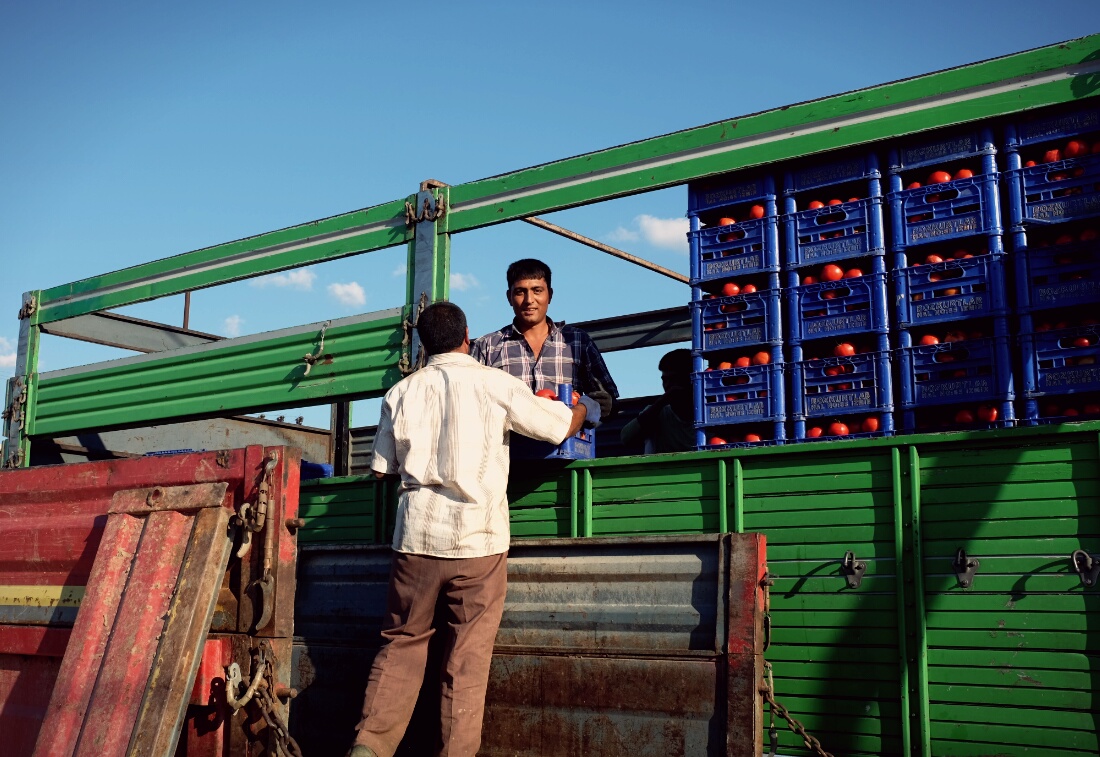 Tevfikiye… a lot of tomatos grown around here 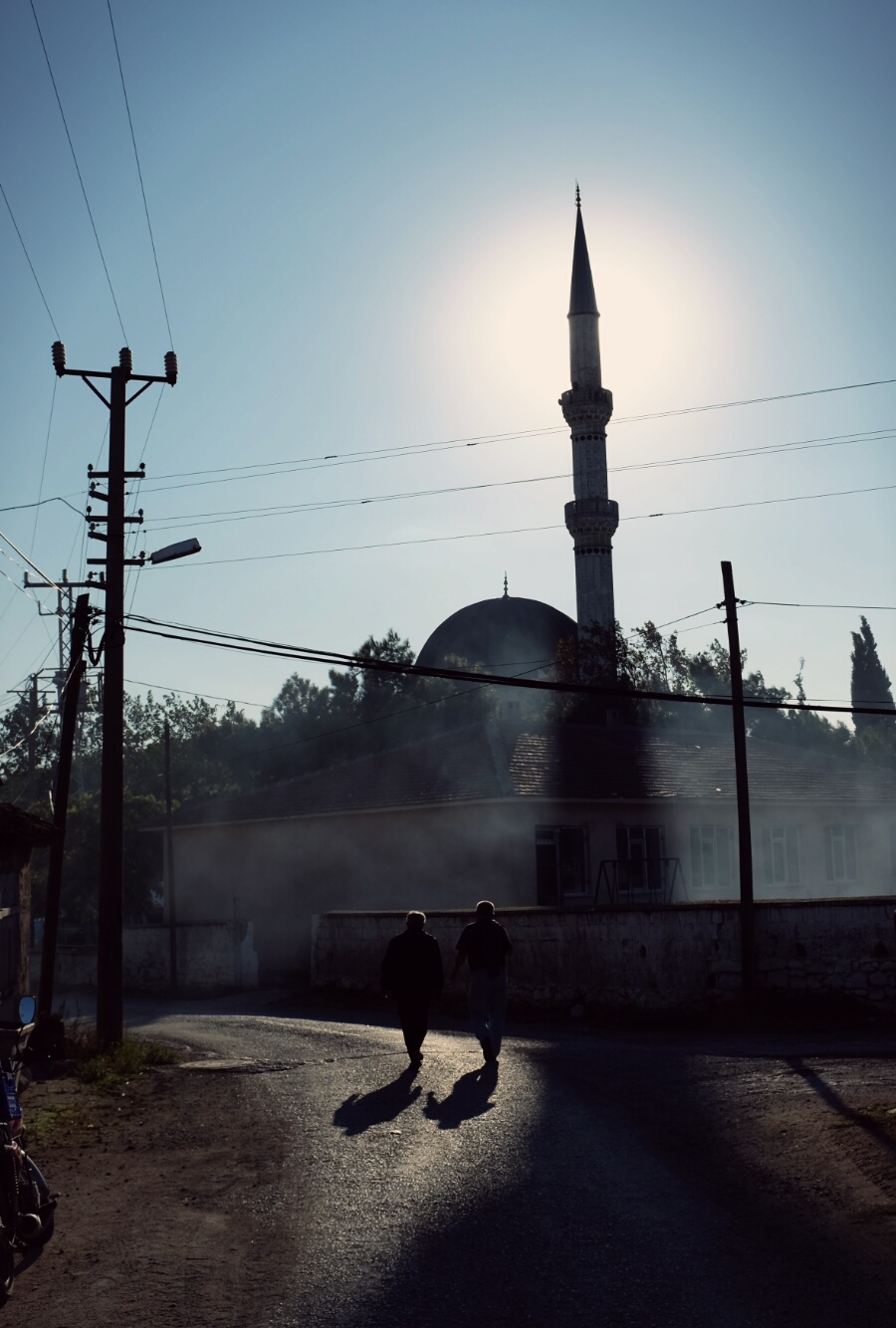 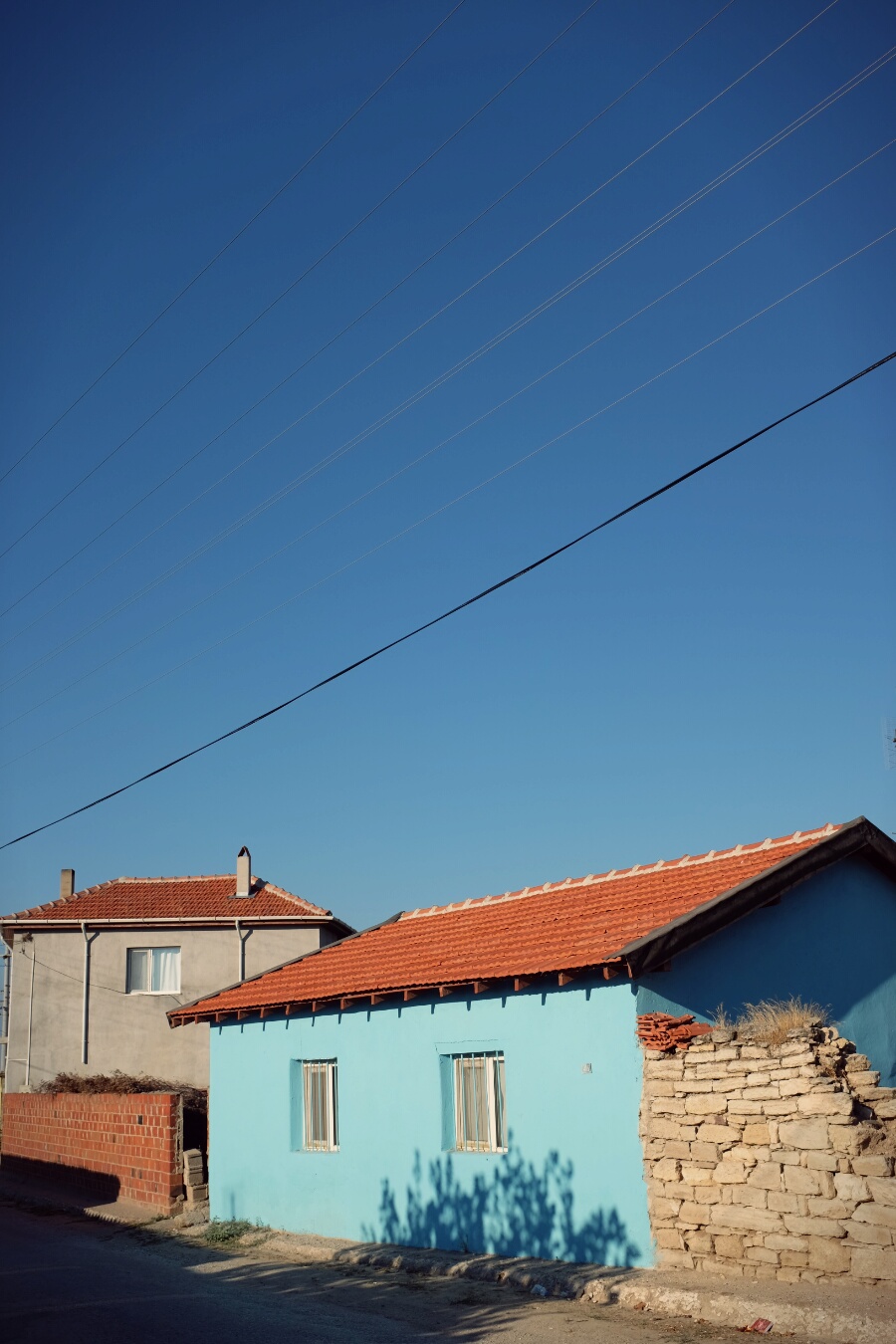 6 thoughts on “A gift of two melons…”