It’s a funny thing but a least once on every bike journey I will meet a very lovely Parisien girl(s) and invariably they will walk away with my heart, haha.. something to do with the loneliness of the solo cyclist.. my heart is very easy to walk away with… the last time was in Chaiten, Patagonia…. but I have yet to ditch my bicycle in favour of running after it, something about being grounded and realistic or something… there is possibly a lesson there that I am not learning :-) Perhaps I should also plan a trip to Paris.. Folk do ask if I get lonely riding alone… no not really is the answer, I like drifting through a country quietly on my own watching life as it happens, and if I do get lonely at any point usually just getting on and riding fixes that… and if it doesn’t.. well I can always talk to myself…. 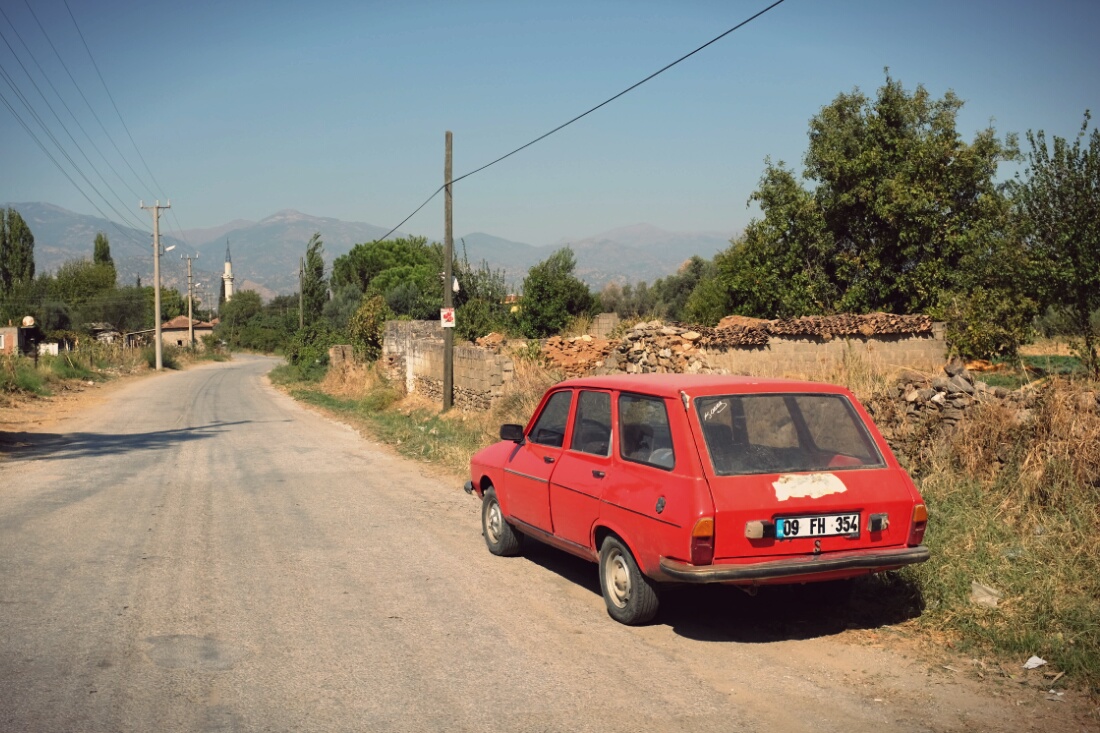 I had too much momentum to want to take pictures on Monday until perhaps I thought I best show you a little of what the road was like. cool old Renault.

I didn’t get away from Selcuk until quite late, gone 10am as there were goodbyes to be said.. not least to the aforementioned Parisiennes I had met who were off on a bus, and of course to our wonderful host whose food we had shared and wine/raki/beer we had drunk for two nights on the trot. Selcuk was a good place :-) 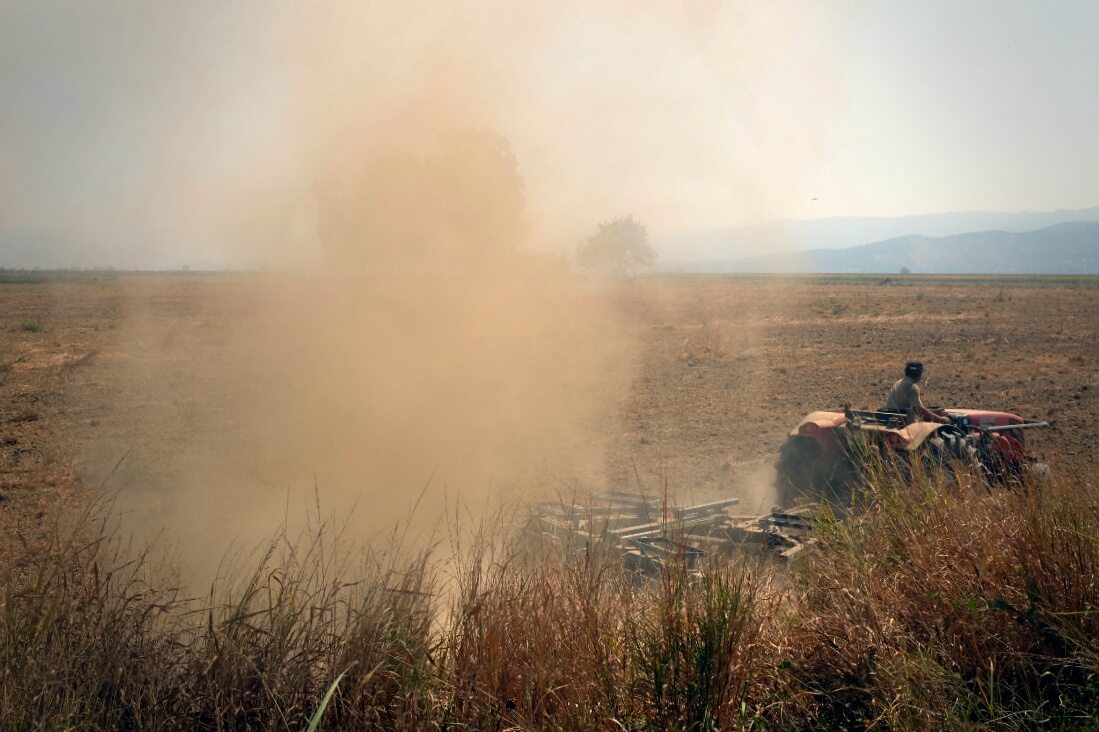 The day started with a fairly stiff 8km climb in the already warm morning…  with something like 220km, using backroads where possible, to ride to Pamukkale, and not wanting to spend any more than a couple of days over it my plan for the day involved riding until I didn’t feel like riding any more and found a good spot to camp, or just seeing where I would end up. It was a hot day, hot enough that even the locals were complaining about the unseasonable heat and I did wonder if the heat was building to something… it was still 30 degs C after sunset in Nazilli so I guess mid-afternoon when I was feeling it the most it may have been in the mid to high 30’s in the shade…not the hottest I’ve endured by a long way but hot enough to make one feel a little ‘odd’ when stopping for a break. Large dust-devils whirling their way across the countryside brought memories of hot days in the deserts of Argentina… 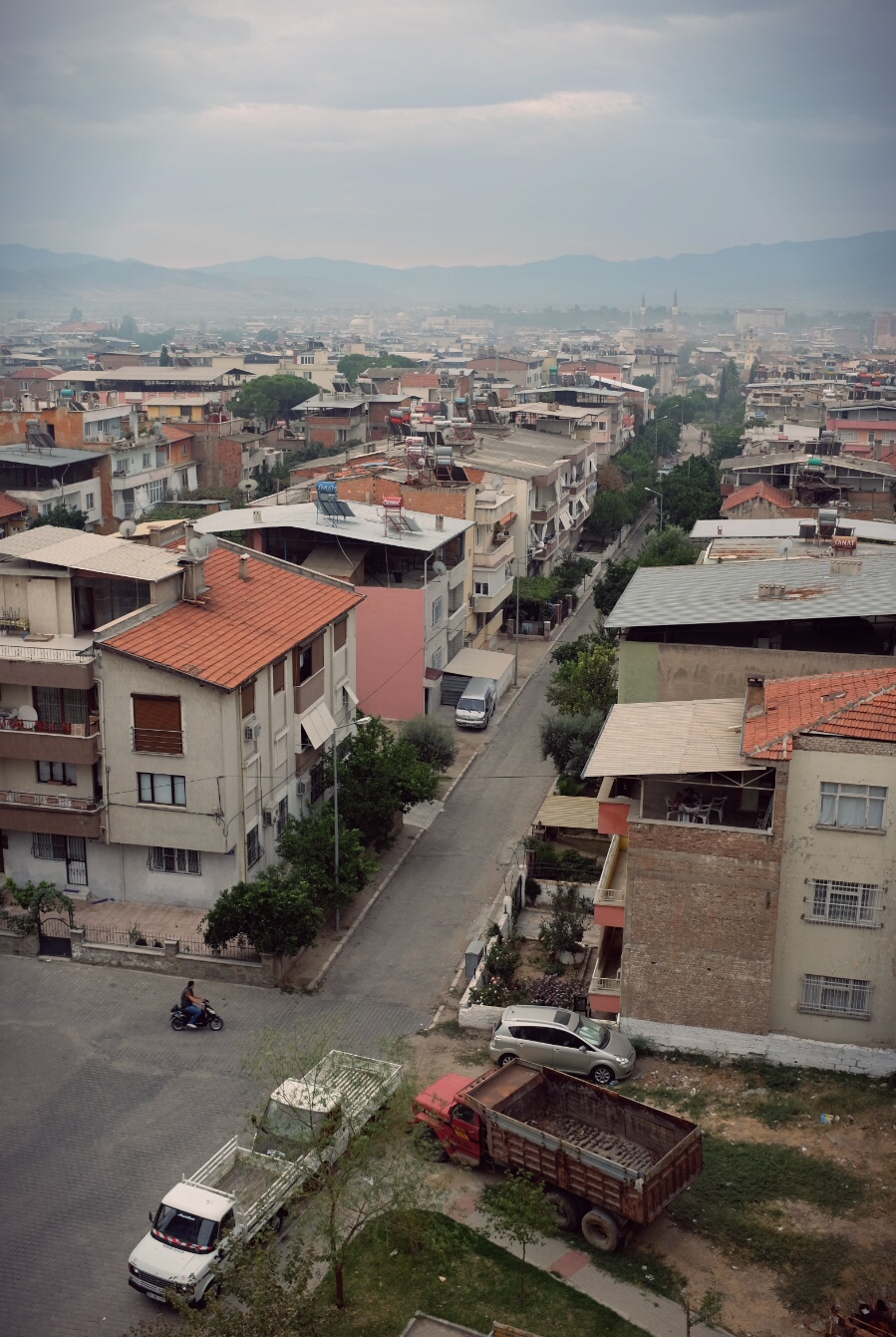 Nazilli, a bustling provincial town with everything you could need.

It was while taking a break in the village of Baltikoy I had one of those strange out of context moments that happen sometimes when you travel by bike as I sat in yet another tea shed amongst the old men, the usual open fronted concrete affair with a sliding steel door, and watched a programme on the ever-present TV about fishing in the icy cold north Atlantic while dripping sweat on the floor. 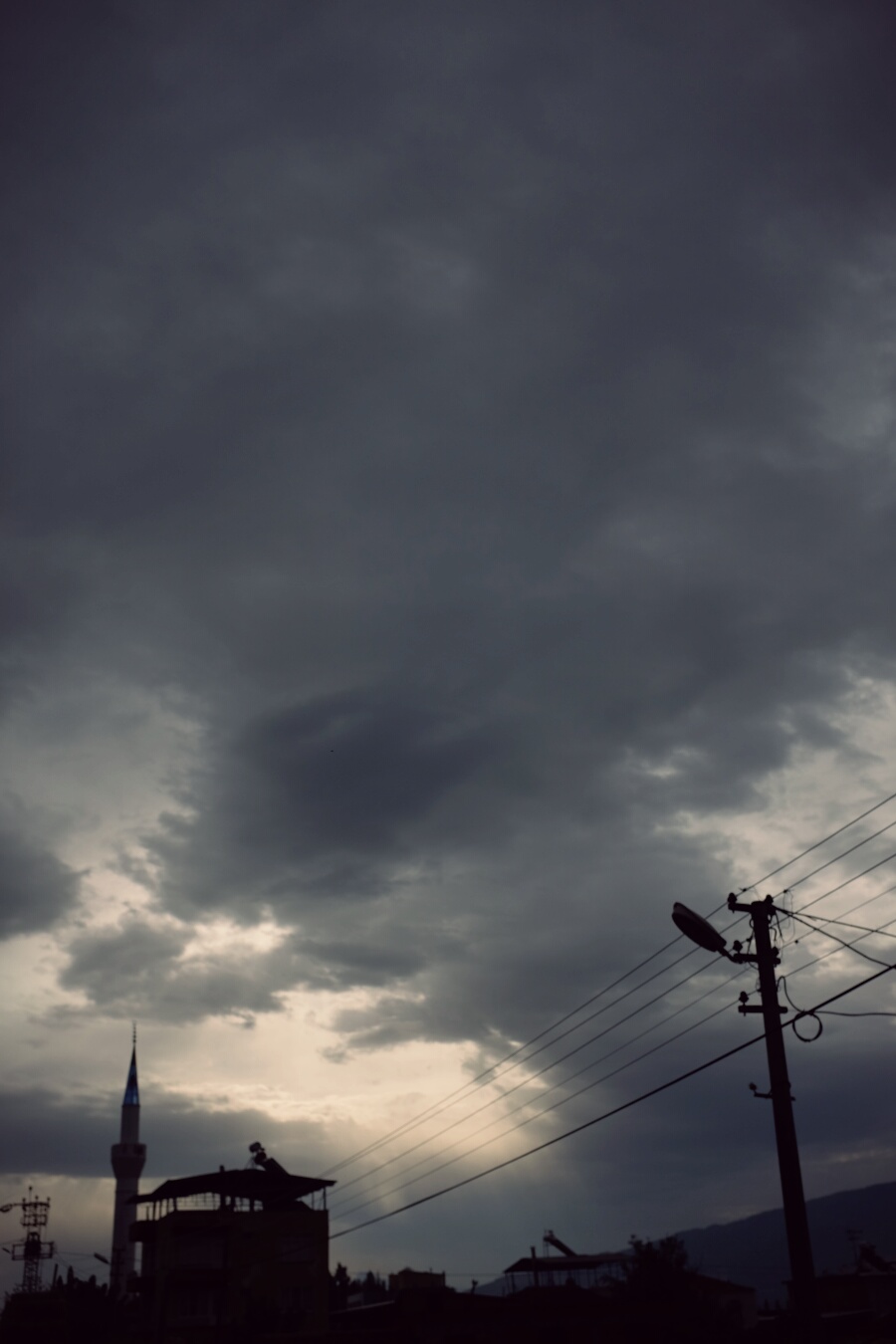 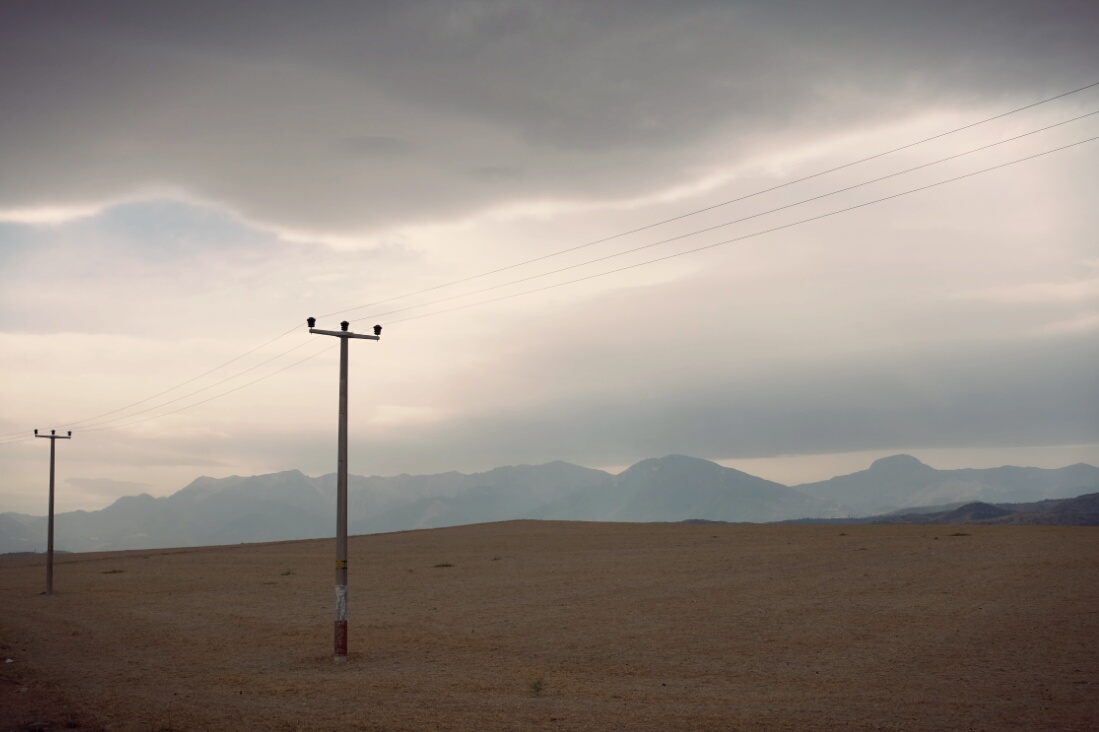 bleak out on the road at times… bleak is good :-)

I had glugged my way through 7 litres of water by the time I stopped riding in the town of Nazilli at 125km. It was far enough for the day. It was a pretty good ride, mostly quiet backroads skirting the foot of some mountains through heavily cultivated land and plenty of tiny villages, all featuring a tea shop packed with old men, and a mosque but bugger all else. I had quite good legs for the day too, good enough to play at racing some of the old boys on their equally old motorcycles, and draft a few trucks for a while, cruising at 50+km/hr for some stretches… quite a handy way of knocking off the miles although with no brake lights on them you do have to pay attention to the engine tone…. I did wonder if my legs would pay the price the following day.. 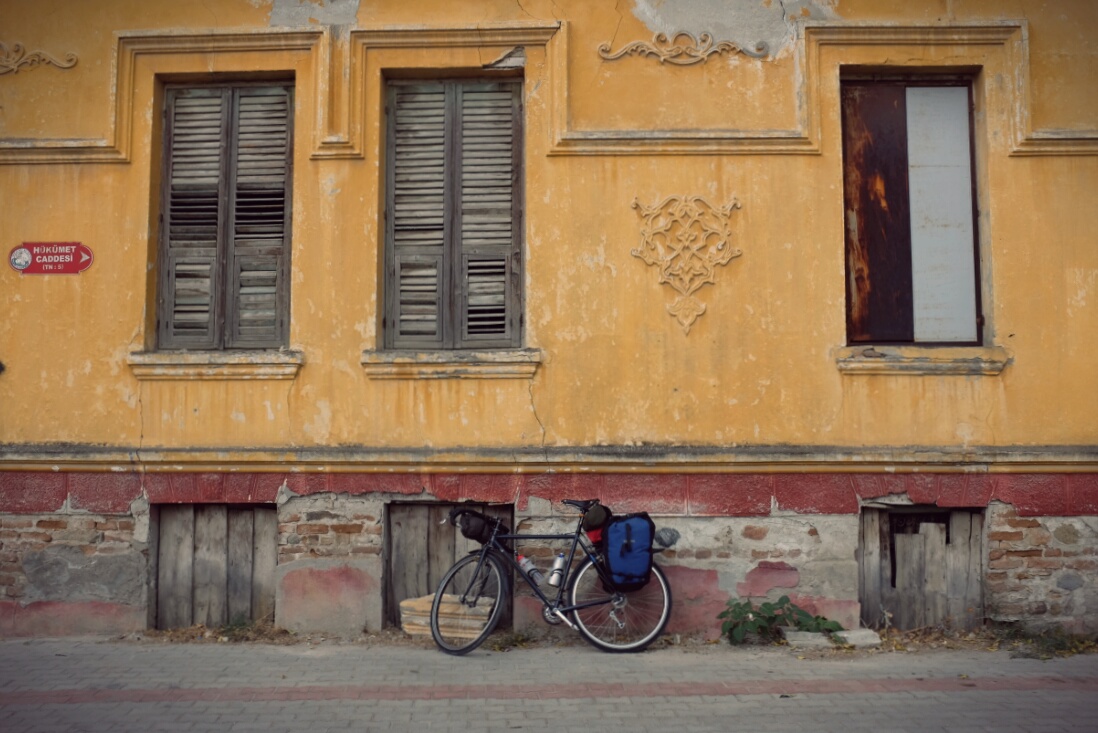 The heat just kills my appetite which is not the best thing for a cyclist, I didn’t eat much all day barring a pide dripping with cheese and tomato that a chap knocked up for me in his brick oven in Incirliova.. other than that mostly a lot of tea… and the wonderful hospitality of the locals to keep the pedals turning. The last village I stopped, Yenipazar, I parked my bike, wobbled into the tea shop in a particularly heat-addled fashion, said hello to the few locals before ordering tea… and one of the old guys in there picked up the tab as he was leaving… I assume just happy to see someone new in the village and appreciating the fact I was on a bicycle.. although that last is perhaps the mild natural smugness, hehe, that comes with travelling by bike. I always experience wonderful hospitality wherever I go  riding.. well, outside western Europe, but this was something new.. for sure I’ve been invited to share dinners, tea, ice cold drinks on a hot day, invited to weddings, birthdays etc but just to have tea bought for you by a complete stranger on his way out the door was something new…especially here where on the face of it folk conduct themselves with great reserve. As the area around Nazilli is quite busy and intensively farmed I didn’t think about camping and instead spent the night in an aircon room for a very few quid which was rather welcome,  and my bike stayed in the mechanics shop next door…. 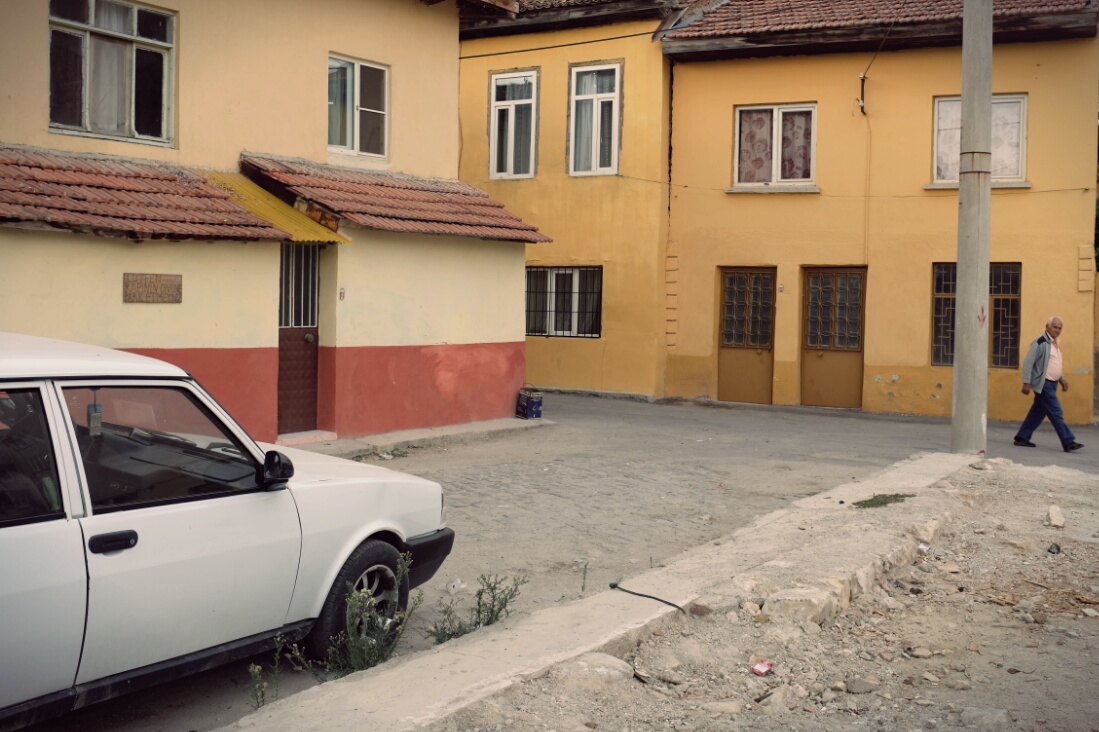 The following day dawned grey and cool, quite welcome, and as I rolled out about 9am it was clear that something was going to happen that day… luckily it didn’t happen until after I reached shelter, but more in a mo. I was back on the highway with no choice for much of the day but it was very quiet so nothing worse than being a bit dull, but with a good surface I knocked off 100km in 3 1/2hrs, not including a leisurely lunch in the  quiet little town of Sarakoy.. and the coffee I needed after just 20km… something to do with racing motorbikes the day before… I stopped at quite a posh looking roadside establishment and was served a wonderful coffee, a proper, dark,intense Turkish brew.. I sat looking at my map in the company of the owner, as I often do, and when I tried to pay he told me it was on the house…. 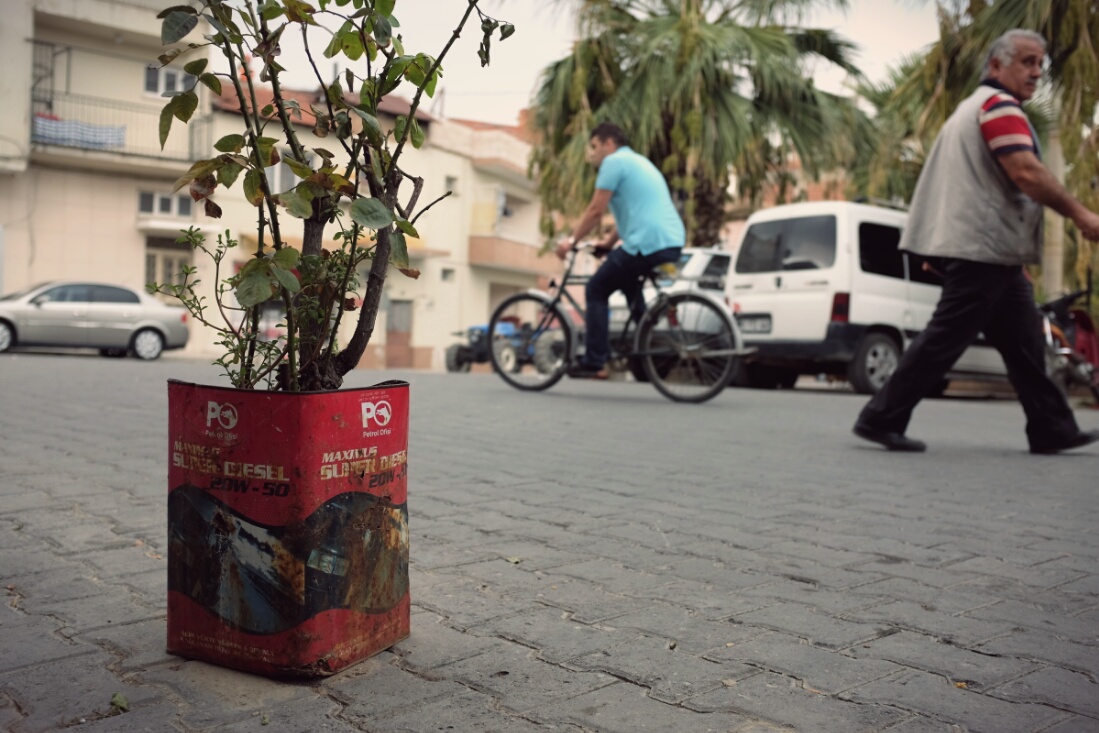 terrific plant pots around the town square in Sarakoy

Rolling out of Sarakoy the sky was very weird and a thick, throat burning smog descended.. people just seem to burn stuff, there were fires all over the valley, some perhaps unintentional judging by the fire engine that came by me.. the smoke did have a slight flavour of woodsmoke about it so hoping partly at least some bushfire rather than industrial shite, the whole area is a tinderbox after all, but whatever it was it was horrible for riding, even the cars had their headlights on… it stayed with me the final 30km to Pamalukke… and shortly after arriving the promise of that weird sky this morning came to fruition and the heavens opened in the most violent thunderstorm I have experienced for a long time. Camping became a somewhat unattractive option… handily the place, being a world heritage site, is overflowing with cheap rooms. The heavens are still well and truly open, the wind is howling and lightening flashing.. which is why I am writing this rather than out and about looking around. Hopefully it’s going to put some fires out and clear the air… 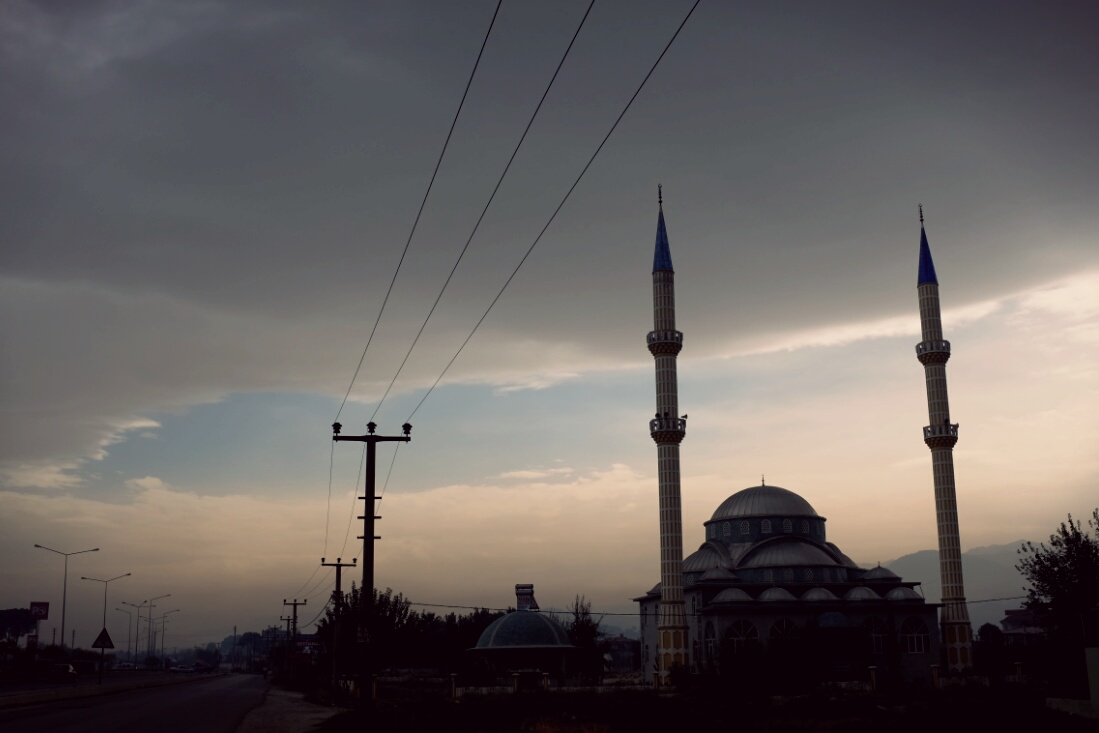 leaving Sarakoy.. more than just weather in the air…

2 thoughts on “a storm brews…”