I wasn’t going to bother with another post but this evening changed my mind… Afyon has been a strange experience, partly I think because it is the biggest place I have been since Istanbul.. it’s a small city rather than a town… and hence is something of a shock to the system after rural Anatolia. I have failed miserably to get a feel for the place.. it is a town of enormous contrasts.. there is the ultra-conservative old town with its mosques, women in very modest dress, heads always covered that just stare at a stranger as if to say ‘what are you doing here’.. and many of the men will do the same.. and then an abrupt transition to the new part of town with its neon, trendy cafes, fashionably dressed young folk, women sporting tattoos and so on.. The contrasts extend to my engagements with the locals.. this morning walking to the climb up to the castle, a bunch of guys repairing the road.. brilliant fun.. and then a little bit later a frosty reception in a tea shop..  Tonight .. I ate at a little cafe, hole in the wall type place in the bazaar.. the owner was super nice chap right away but then halfway through my dinner I noticed he gave his boy some money and sent him off.. to buy bread I thought.. but no, he’d noticed that my hands are all cracked from riding in the very cold, dry air of late.. his boy came back with sticking plasters and carefully patched my fingers up for me. That brought a bit of a lump to my throat I must admit.. but then 10 minutes later I was accosted, oh perhaps ‘approached’ is better, by a pair of guys on a street corner who had taken exception to my camera.. I wasn’t even looking in their direction.. so can only assume they were selling something that perhaps they oughtn’t. Not the first time, won’t be the last. So Afyon.. all mixed up and I’m glad to be back on the road tomorrow for my final couple of days of riding.

I really couldn’t find any kind of photographic groove at all today.. probably to do with all the above. 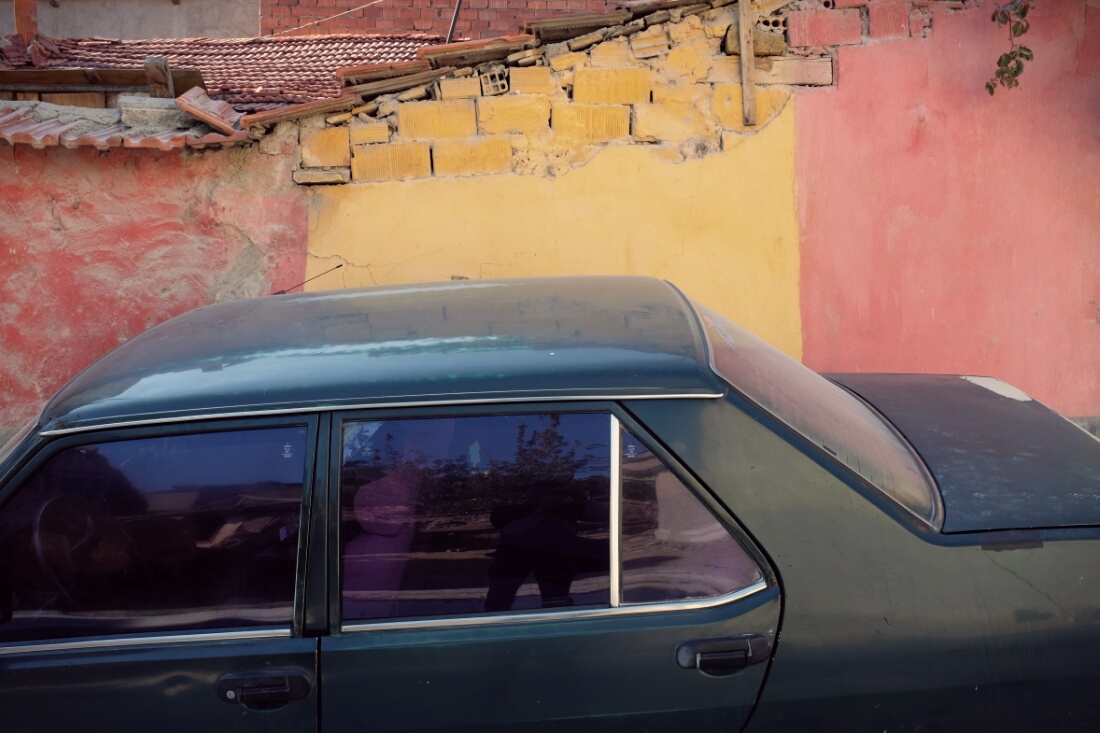 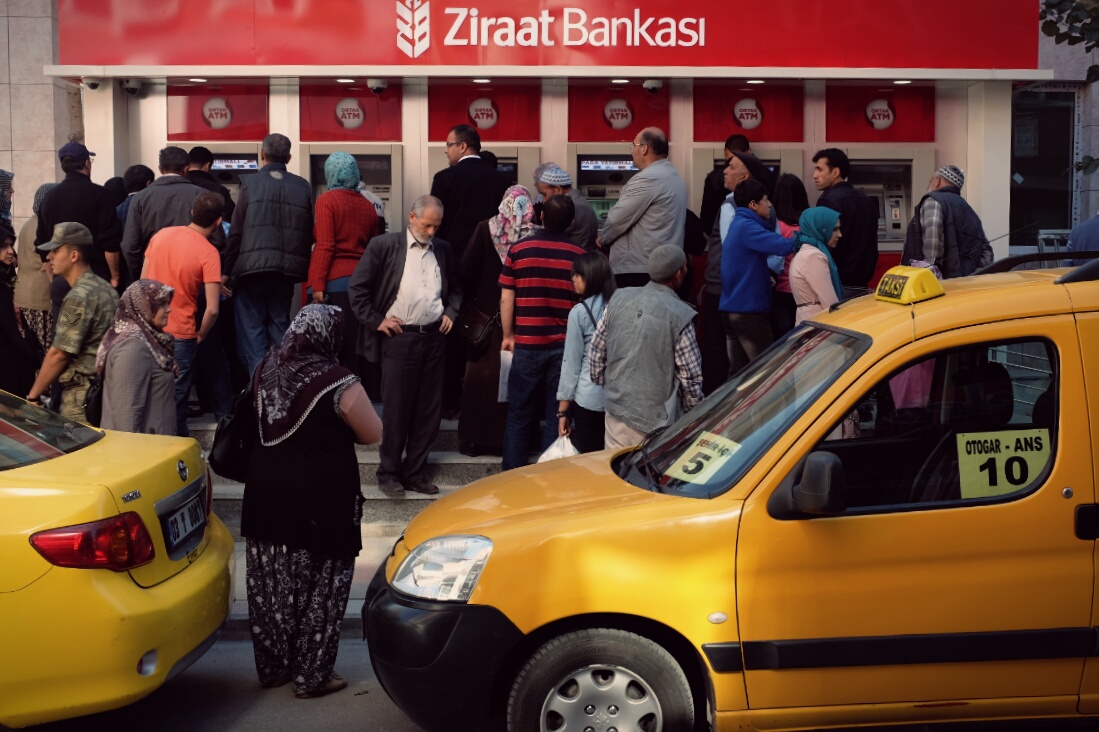 all day enormous scrums at every ATM.. and still the same come evening.. no idea why or if it is always like this… 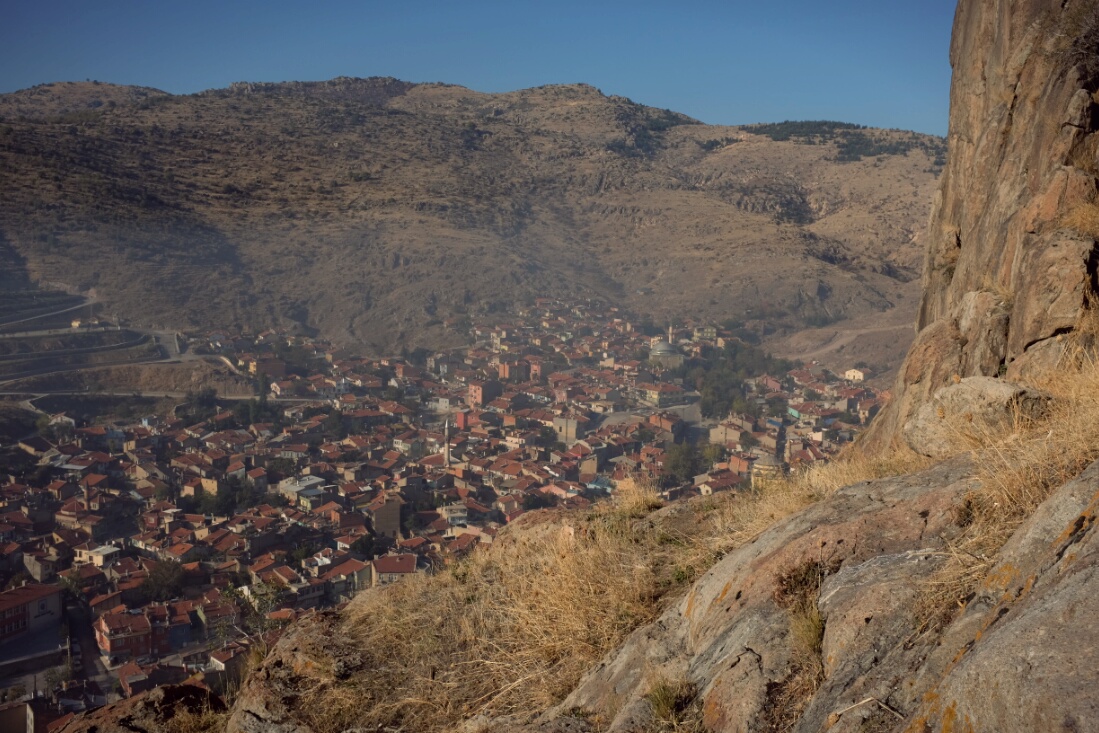 just for the record.. a rather mundane view of the old town from the climb to the citadel. Thereis very little left on the mountain, the view is the only real reason to bother 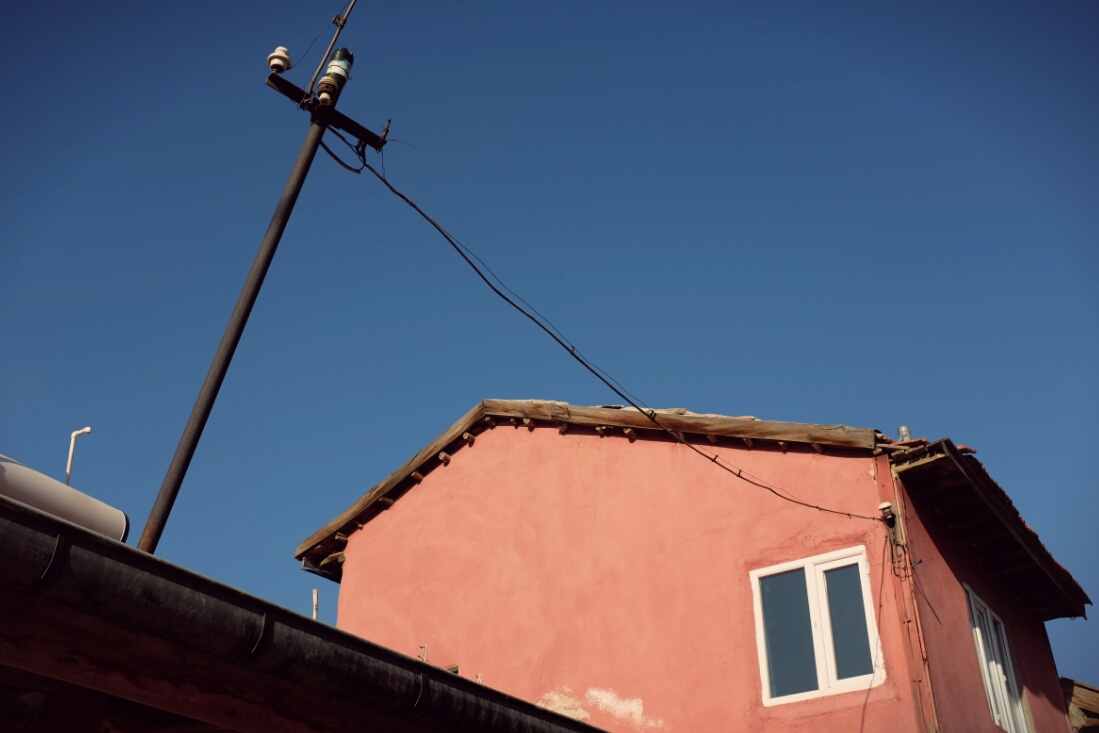 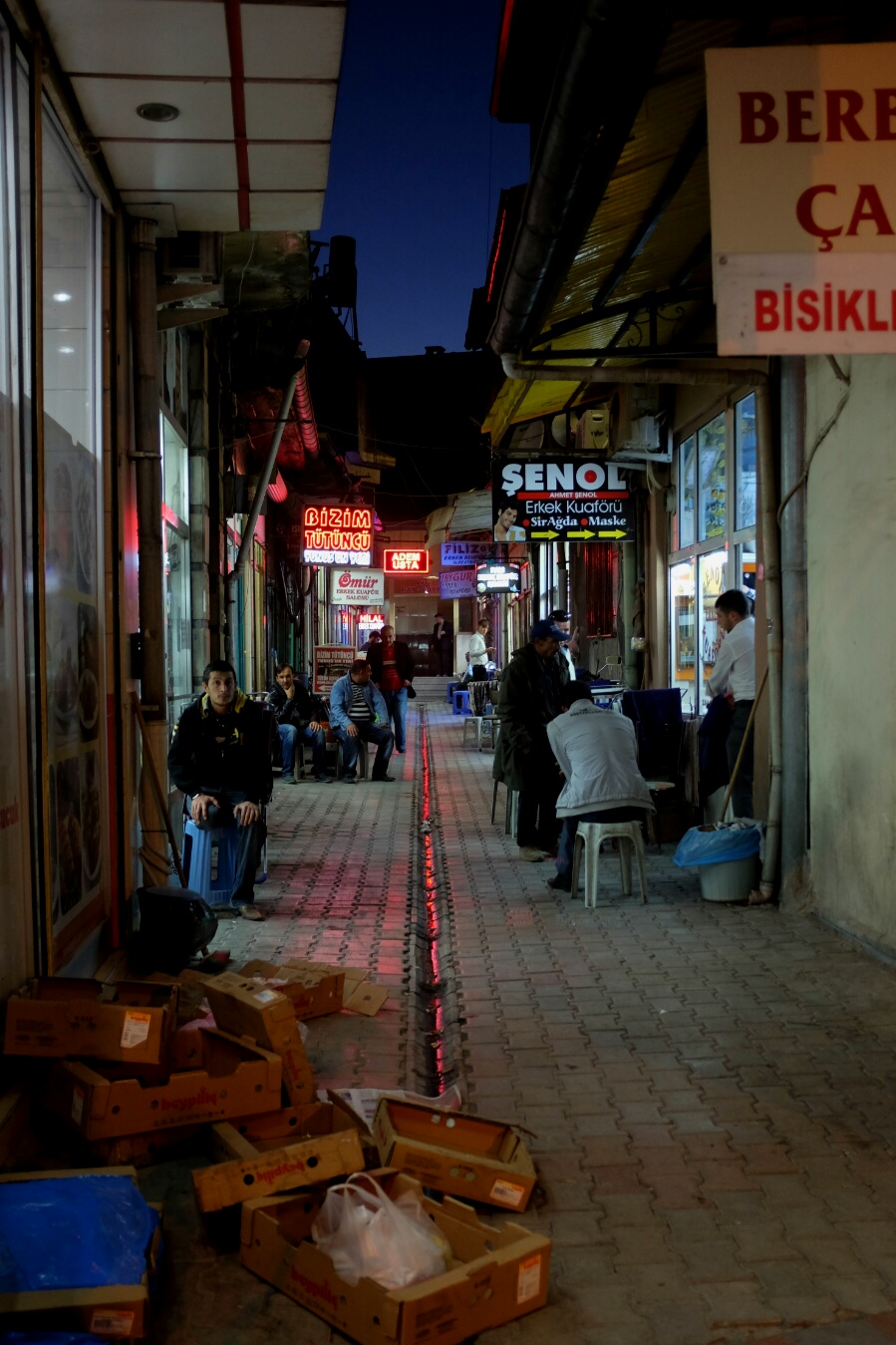 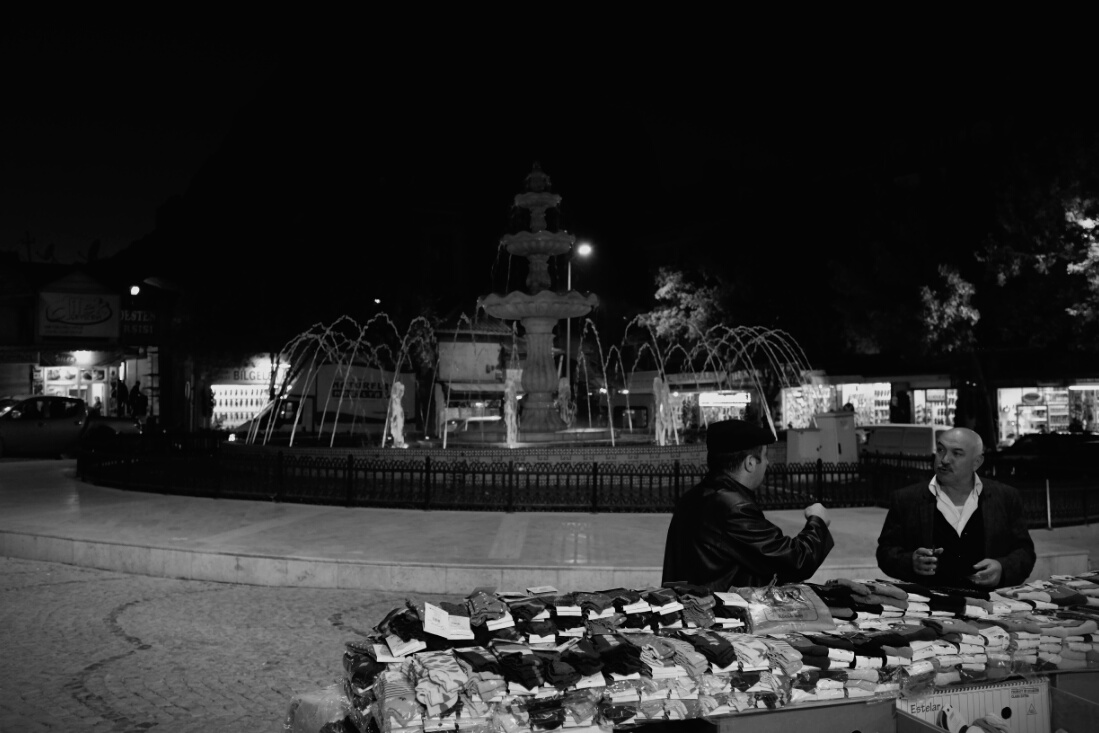 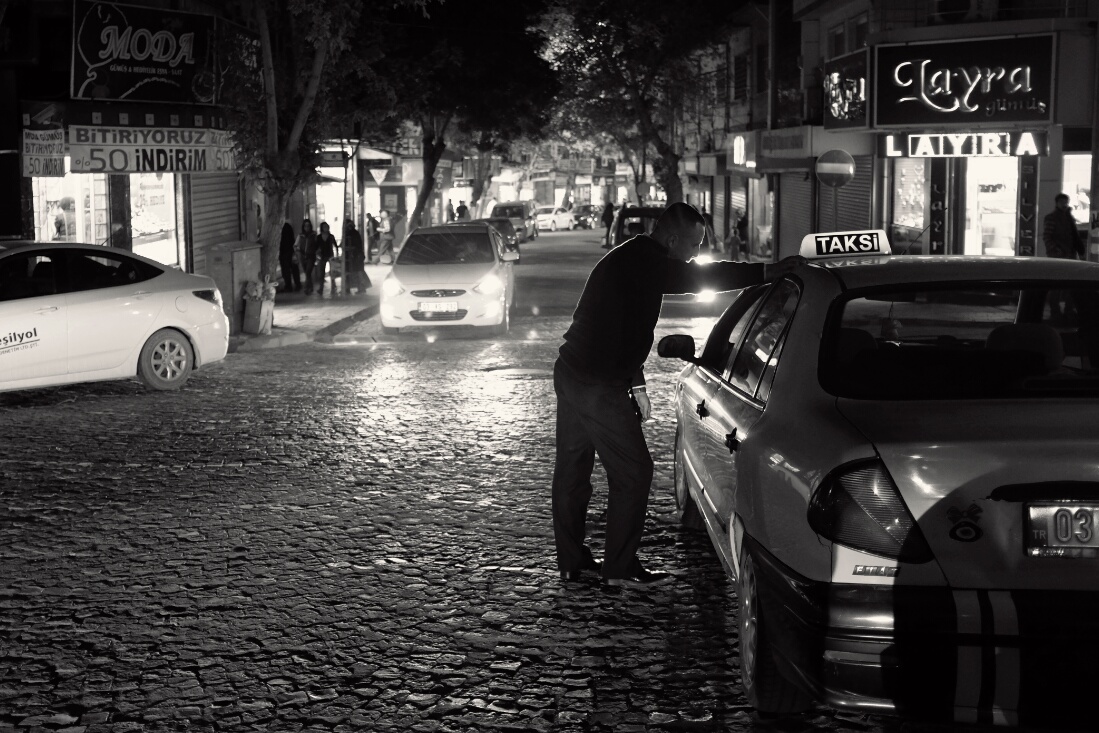