The sea kayak community down here in the far west of Cornwall, and in particular my friends from Coastal Adventure Training, have some close ties with the local RNLI (Royal National Lifeboat Institution).  Last night we all got together for a joint training exercise as with the growth in sea kayaking as a sport the Penlee lifeboat crews were keen to gain some specific experience with incidents of a specifically sea-kayaking flavour  – for example how to best handle a casualty in a kayak with the most common flavours of injury (e.g dislocated shoulder, heart attack etc),  how to effectively deal with a flooded or broken  kayak, about how we as leaders would deal with an incident while waiting for assistance, and we were keen to have the opportunity to work with the crews and understand more about how they might approach a specific incident once on scene in order to perhaps be able to set up for a more effective rescue. It was also a very good  excuse for some really good fun with some absolutely first class folk with both the big Severn Class lifeboat RNLB Ivan Ellen out and the inshore RIB RNLB Paul Alexander. While we set-up various simulated incidents some breaks in the low cloud and early drizzle produced some nice picture-taking light. As a training exercise the evening went brilliantly, and as a communication exercise too in getting to know each other it was most excellent. Not sure wedging my damaged leg back into the cockpit of a sea kayak was such a bright idea given how much it hurts today, but some things just have to be done and it looks like I’ll be off the bike for quite a while longer anyway ;-)

Anyway, enough of the words, here are a few of my pictures.. and if you have time the volunteer lifeboat crews do an incredible job so do check out a little more about the RNLI and in particular the Penlee Lifeboat on their website here, and if you’re looking for sea kayak or climbing instruction or just a great day out if visiting the area then check out Coastal Adventure Training. 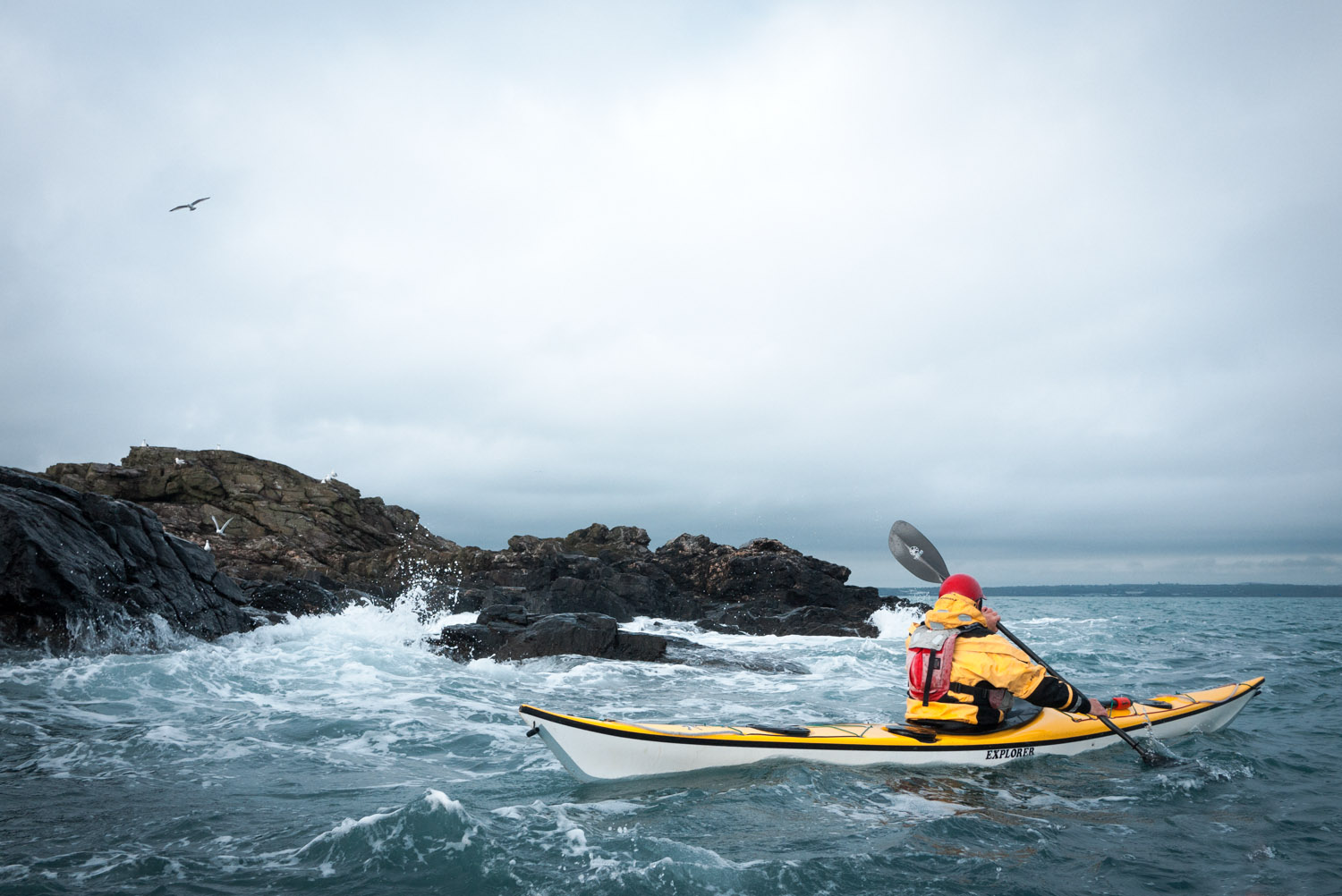 warming up while waiting for the lifeboat… 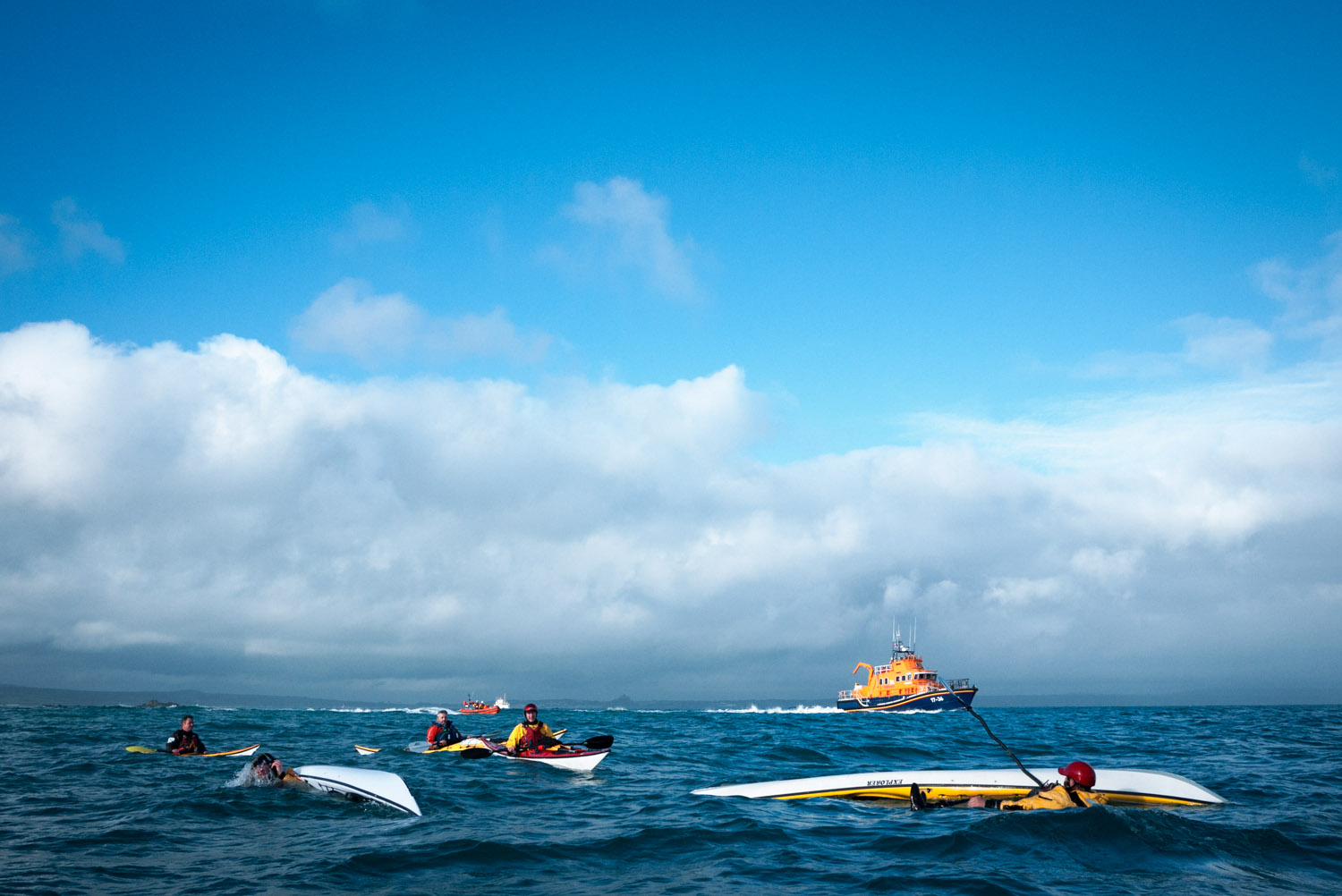 ..oh, here they come.. quick, someone get in the water… 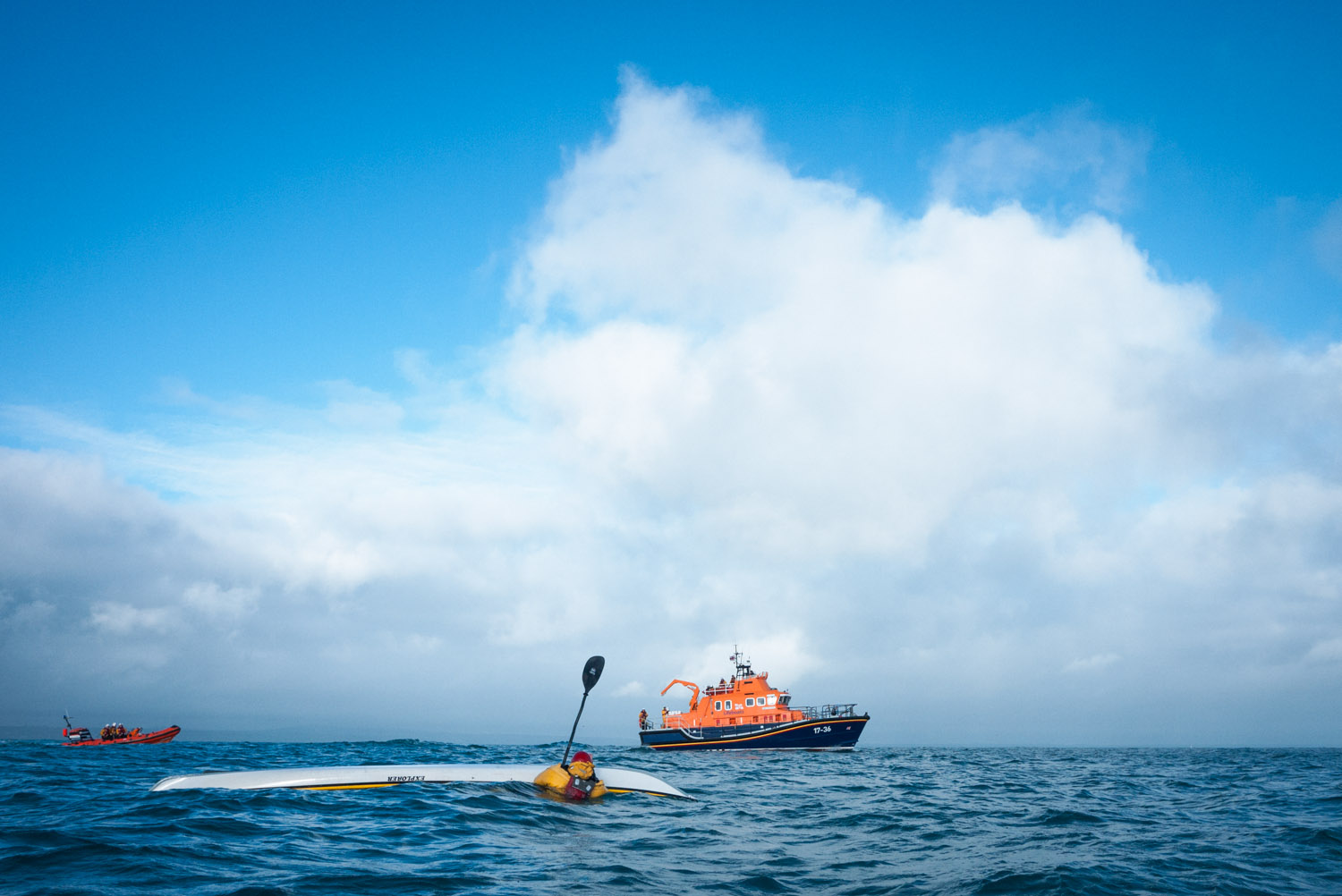 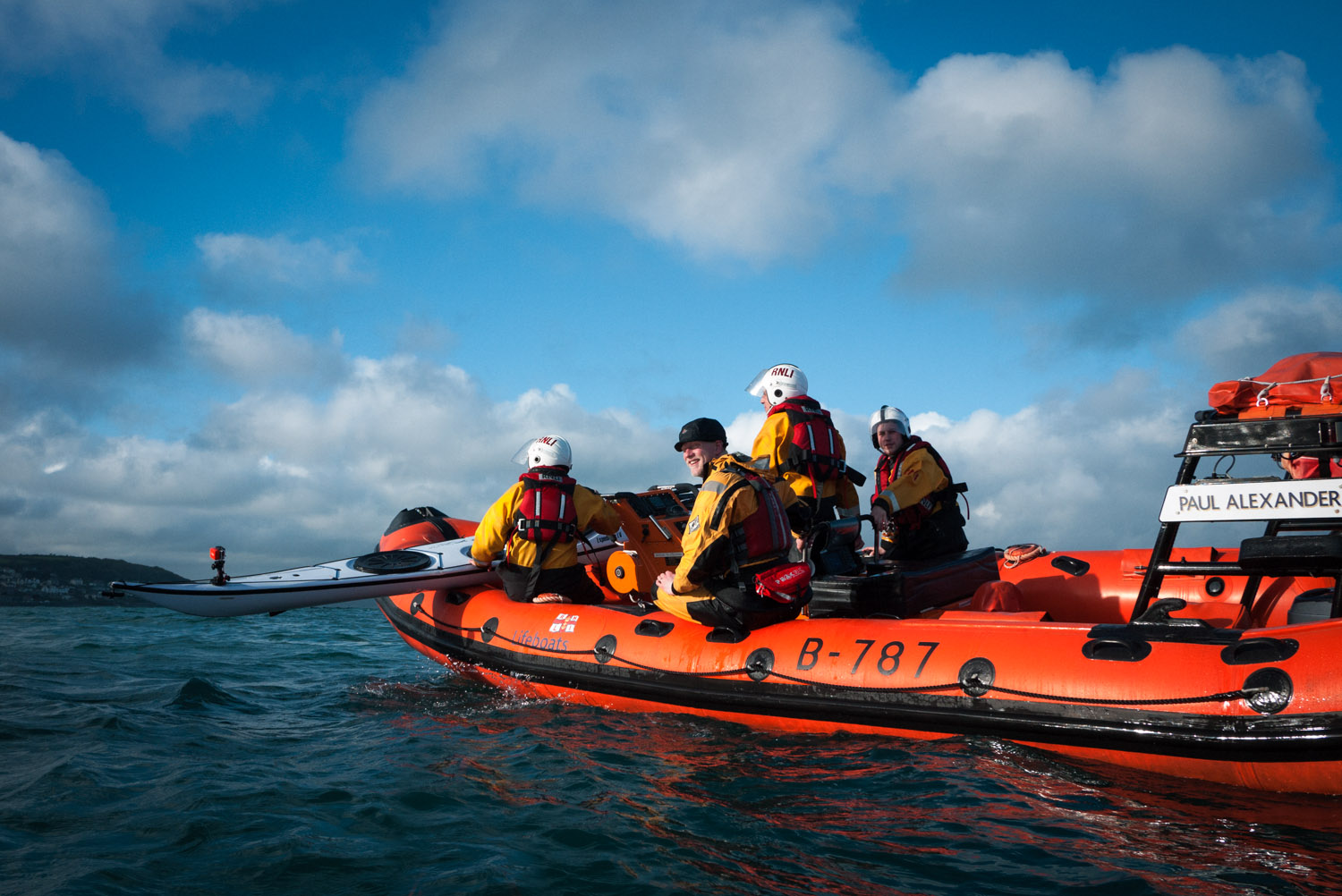 easier than paddling… and some lovely spells of evening sun 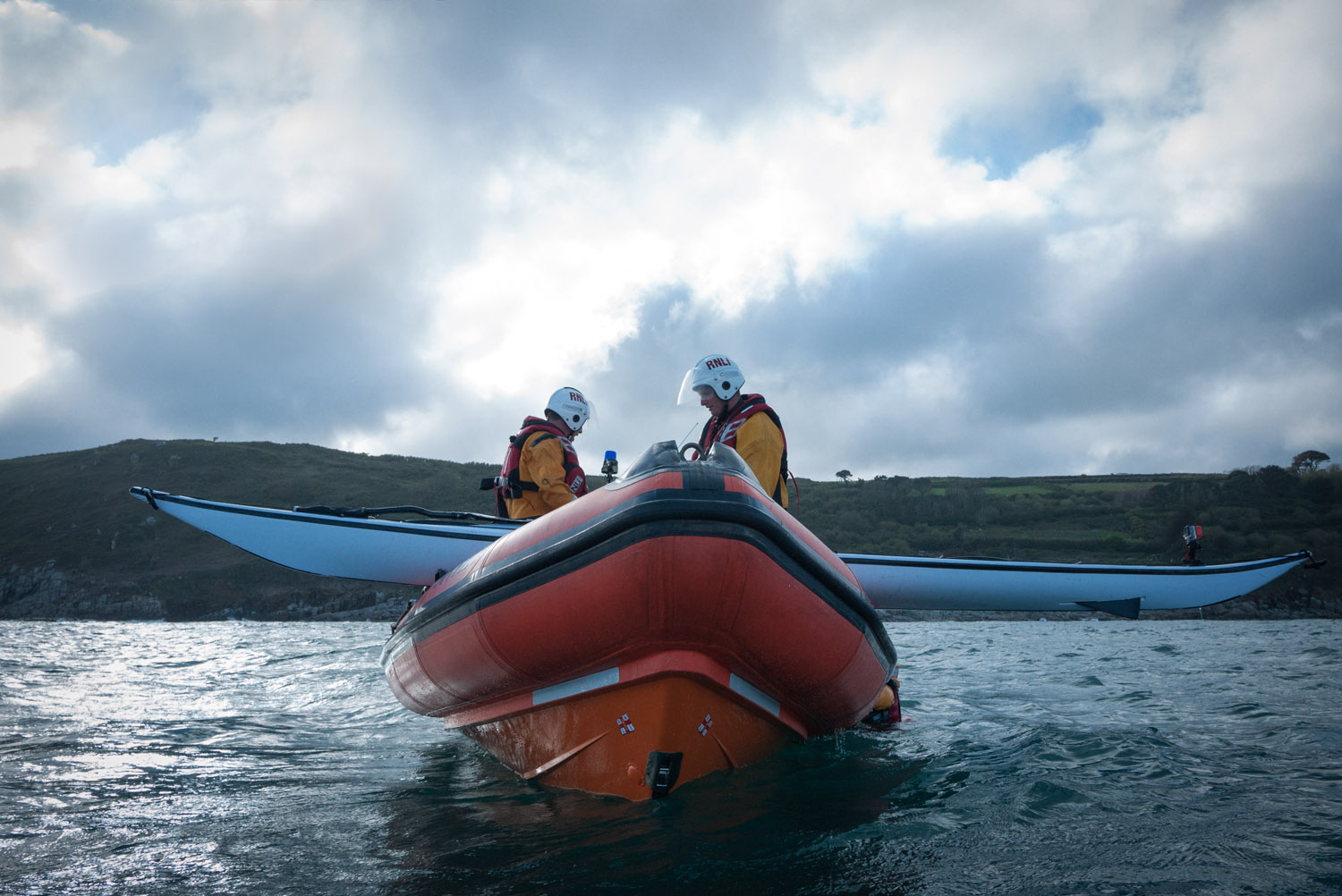 the inshore RIB. The crews learned how best to deal with a flooded kayak, and just how easy it is to empty a flooded cockpit once you know. 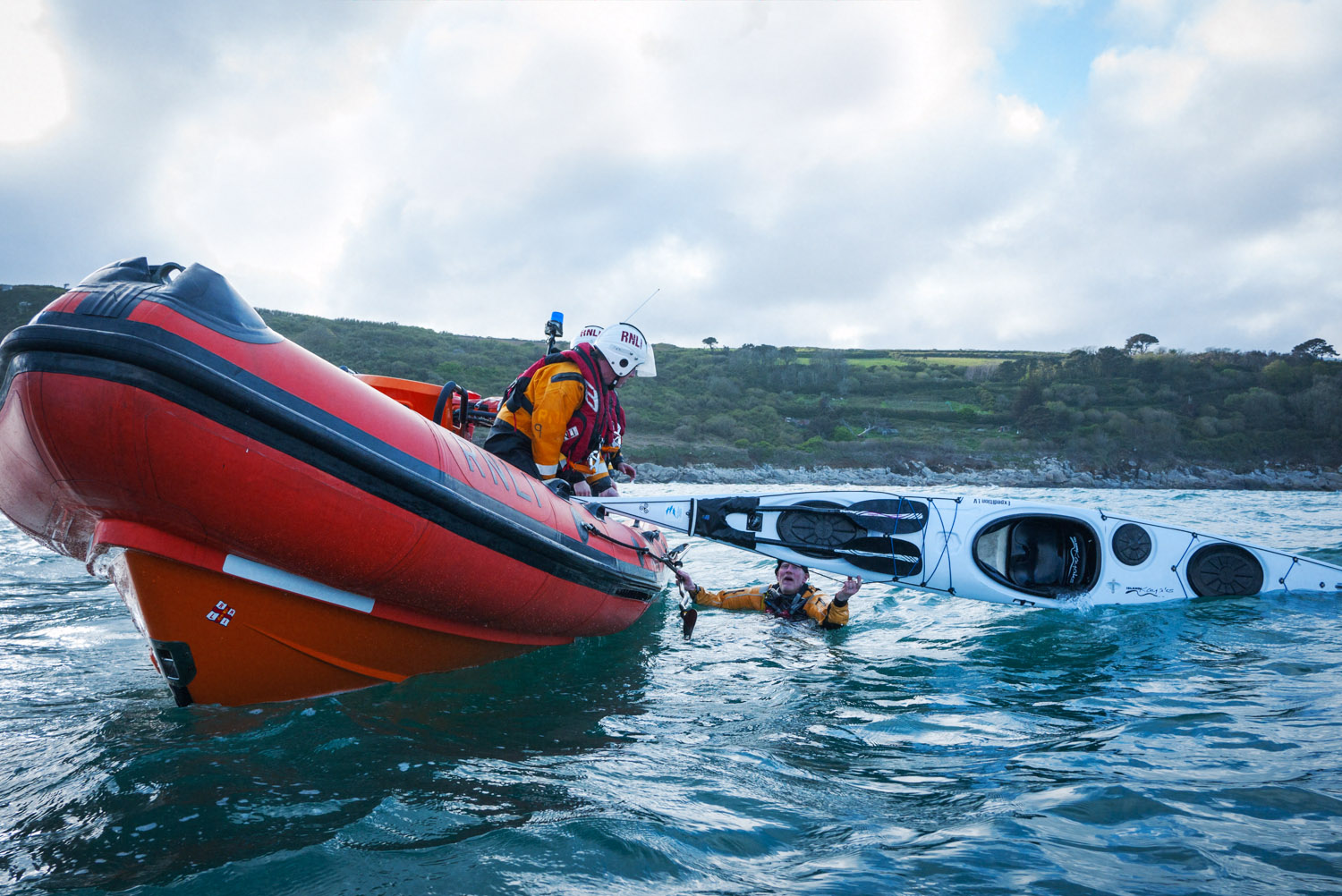 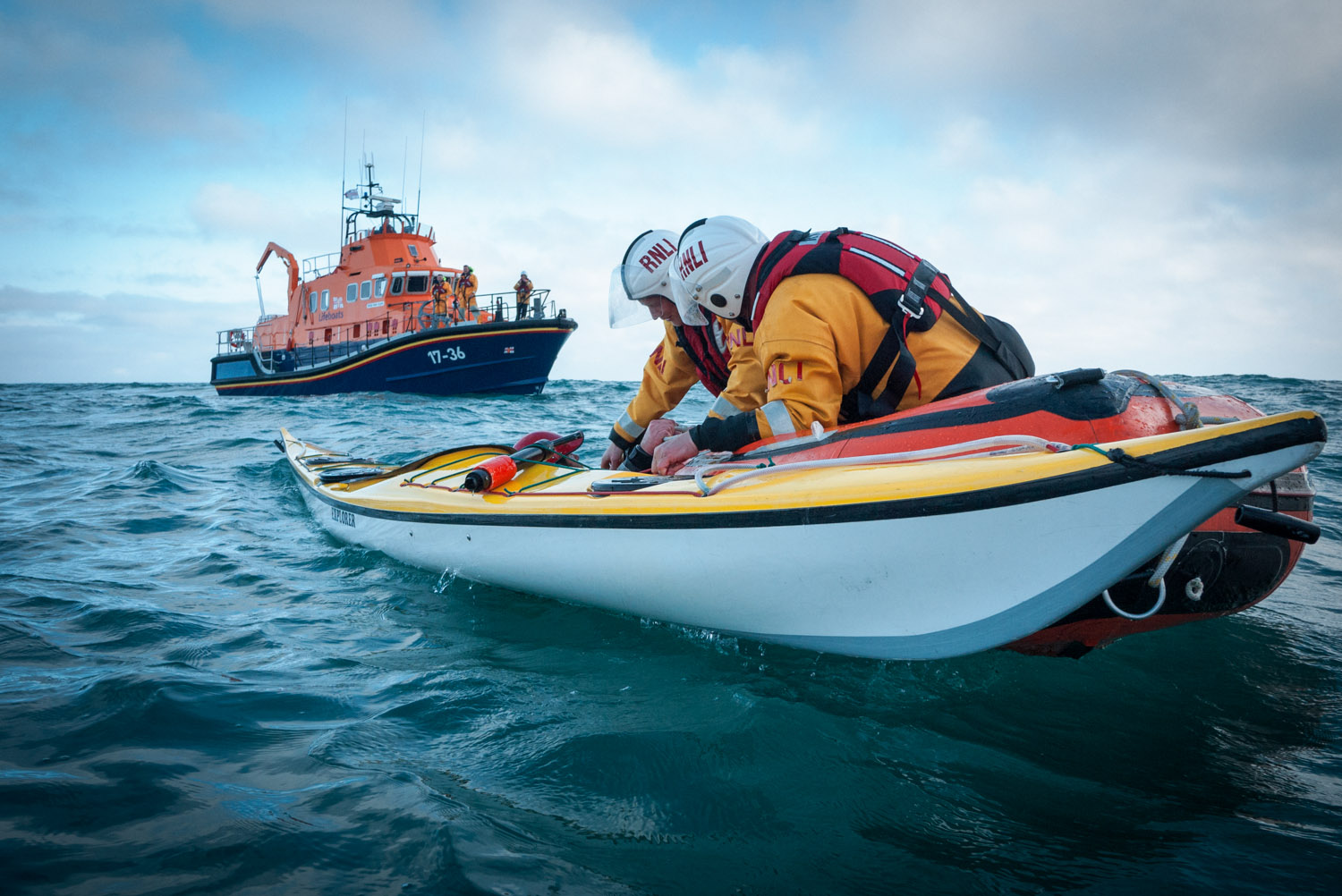 the small inflatable belonging to the Severn also joined in 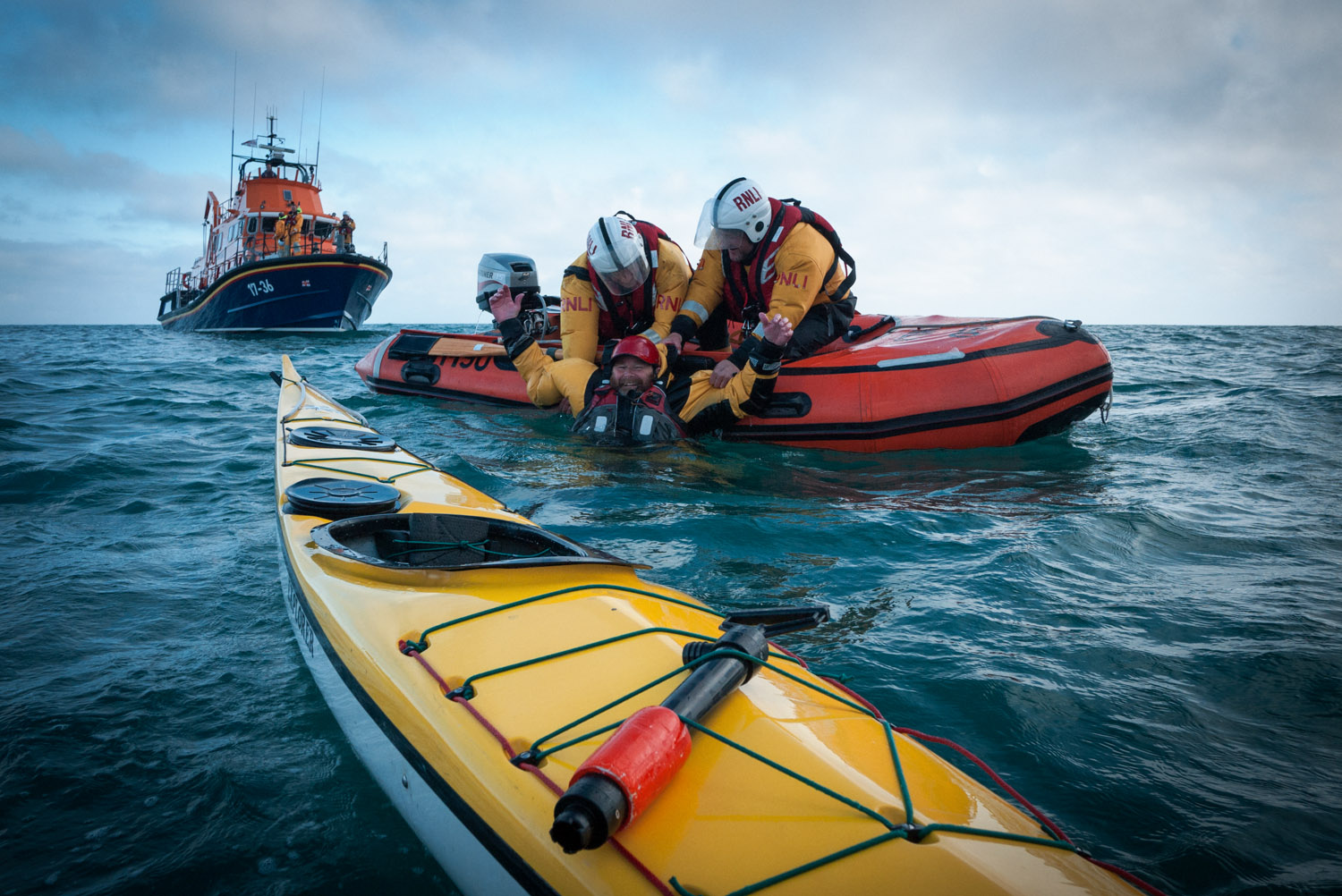 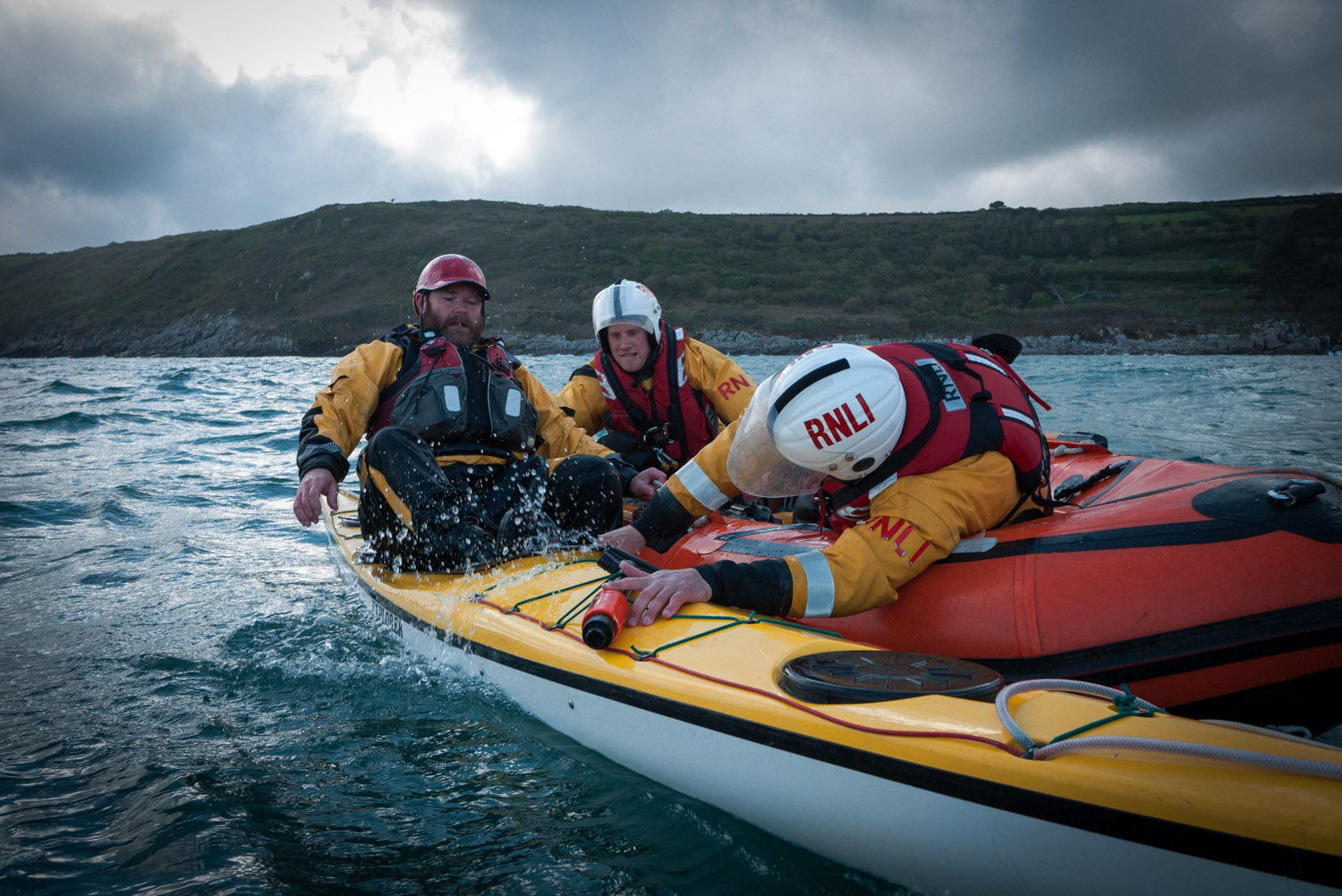 Rich jumps back into his boat having been ‘rescued’. 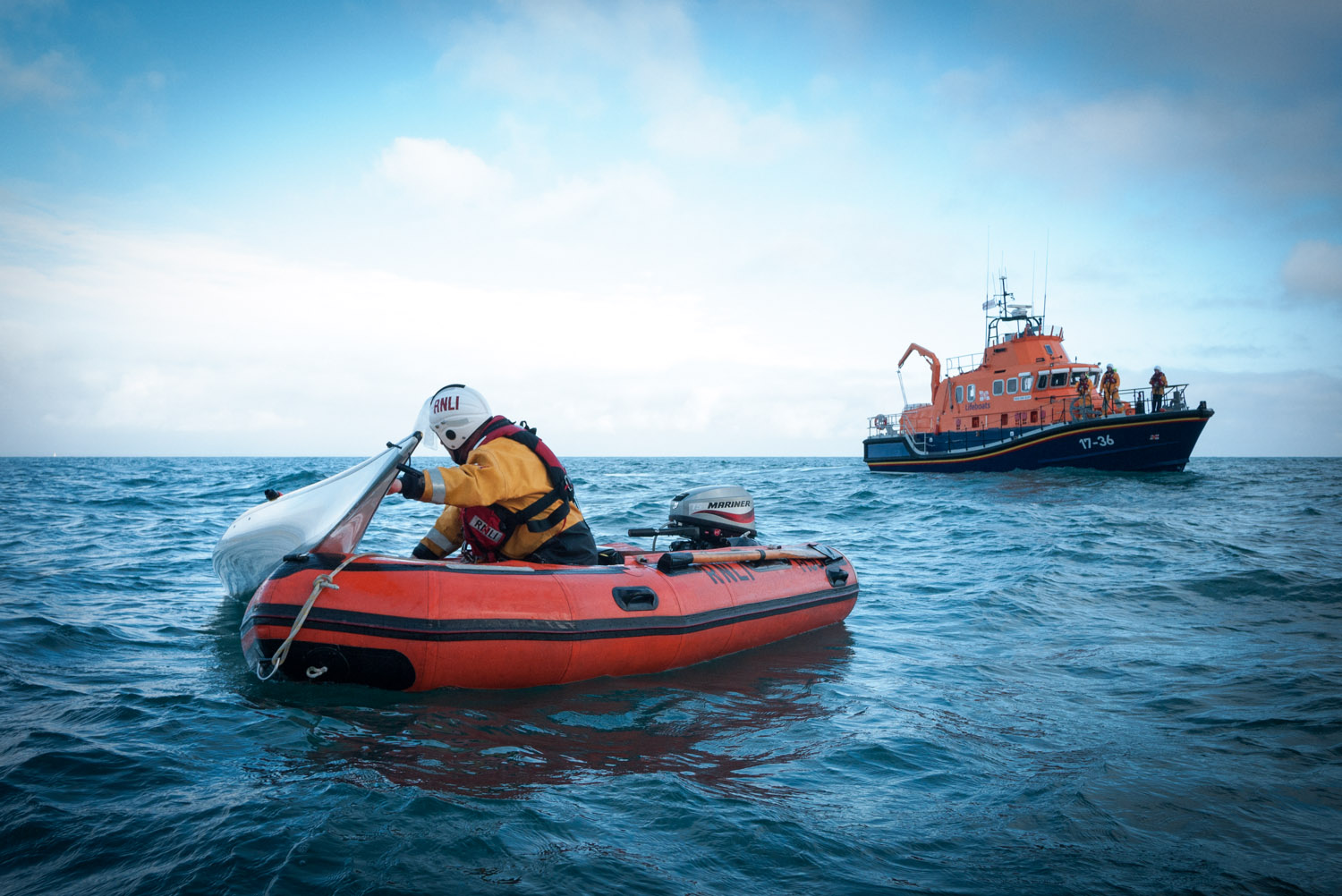 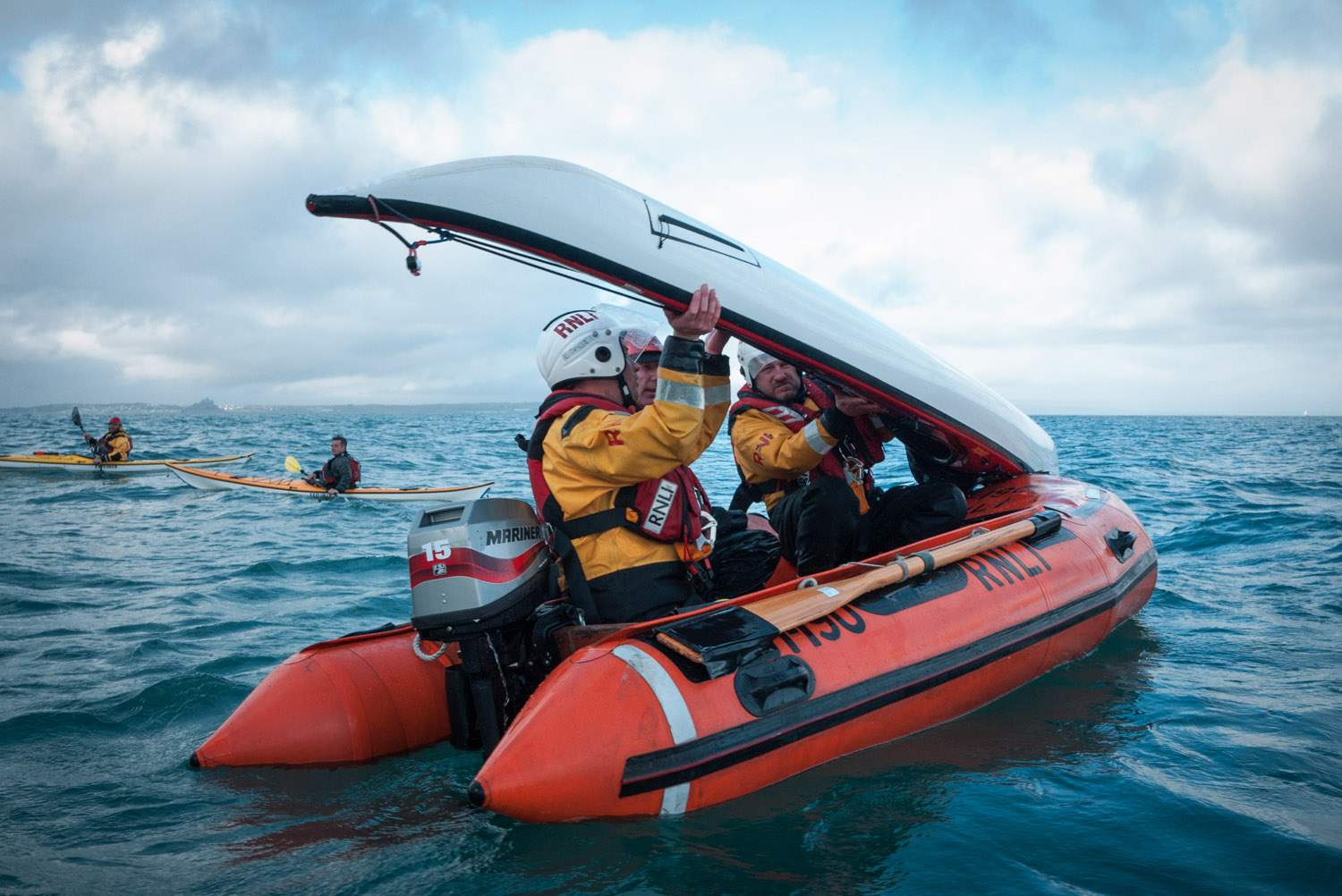 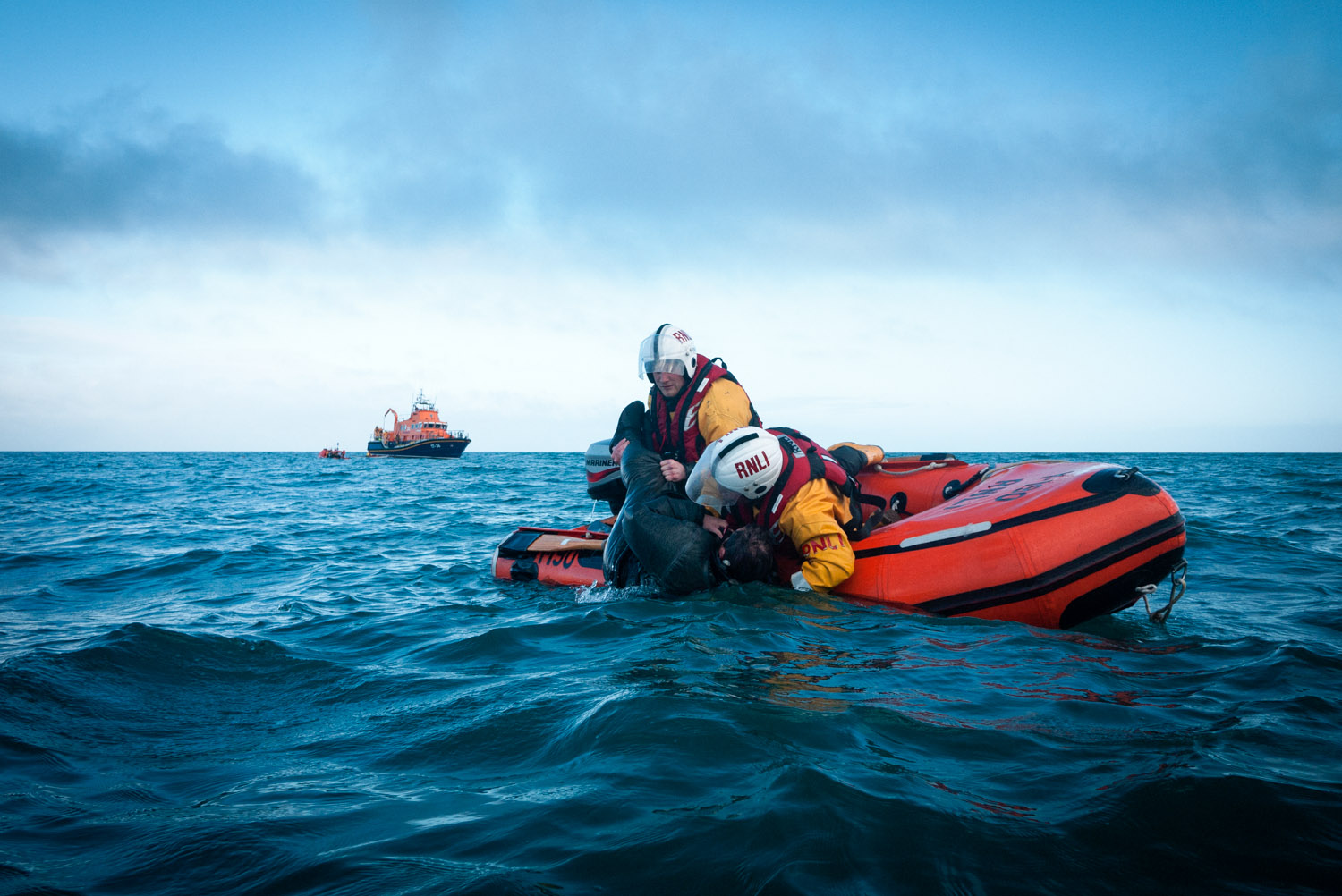 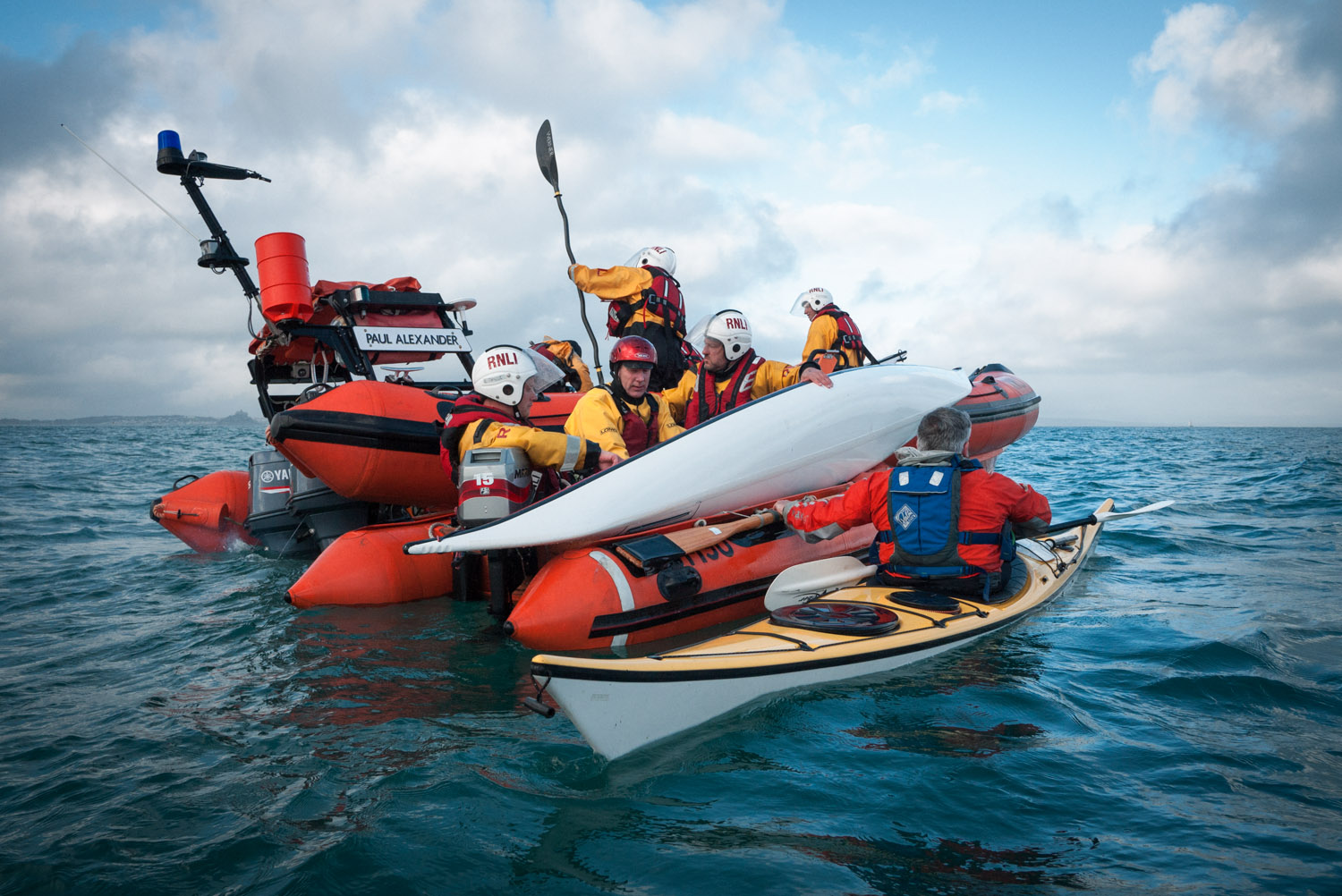 everybody worked together really well.. and had fun with it. 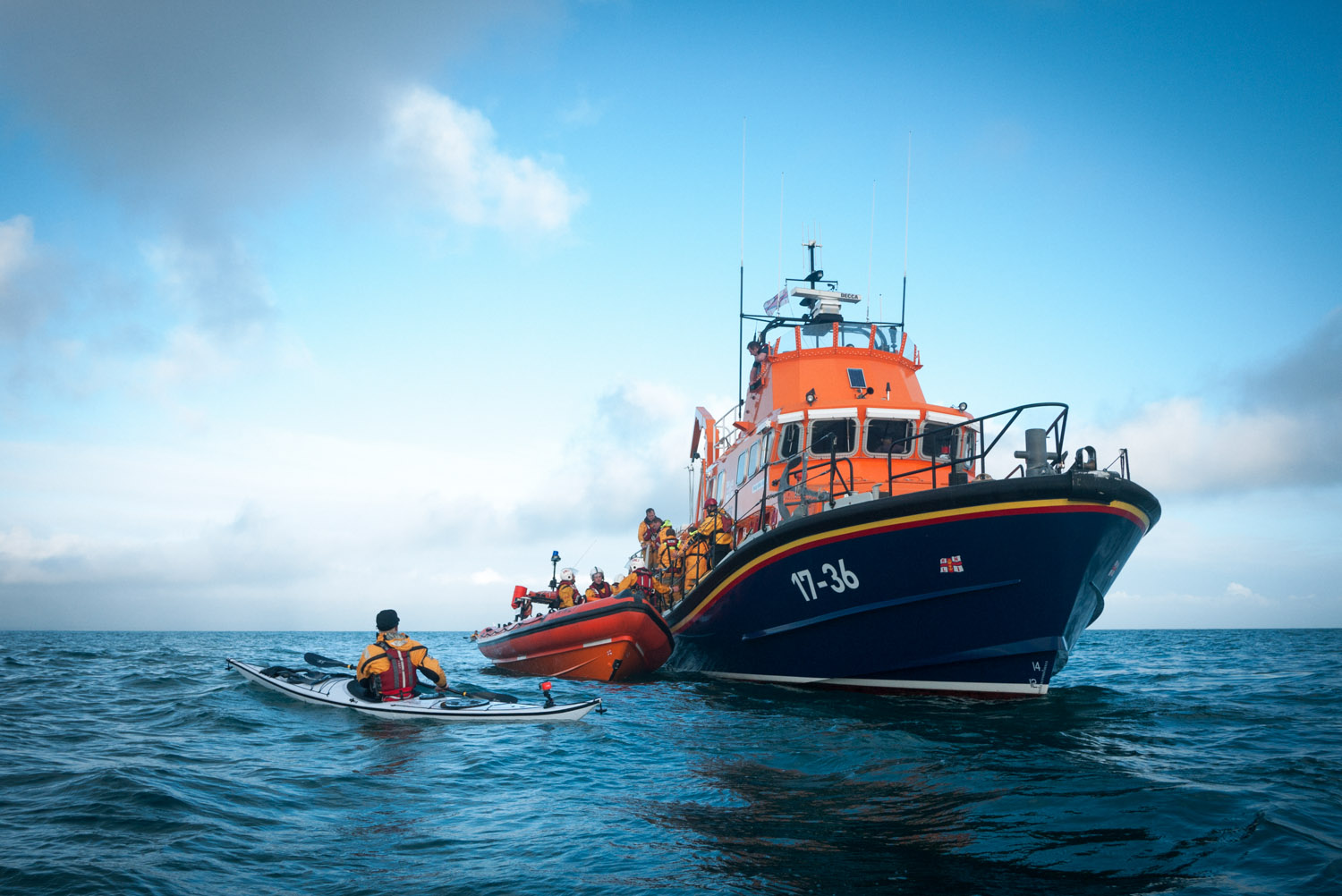 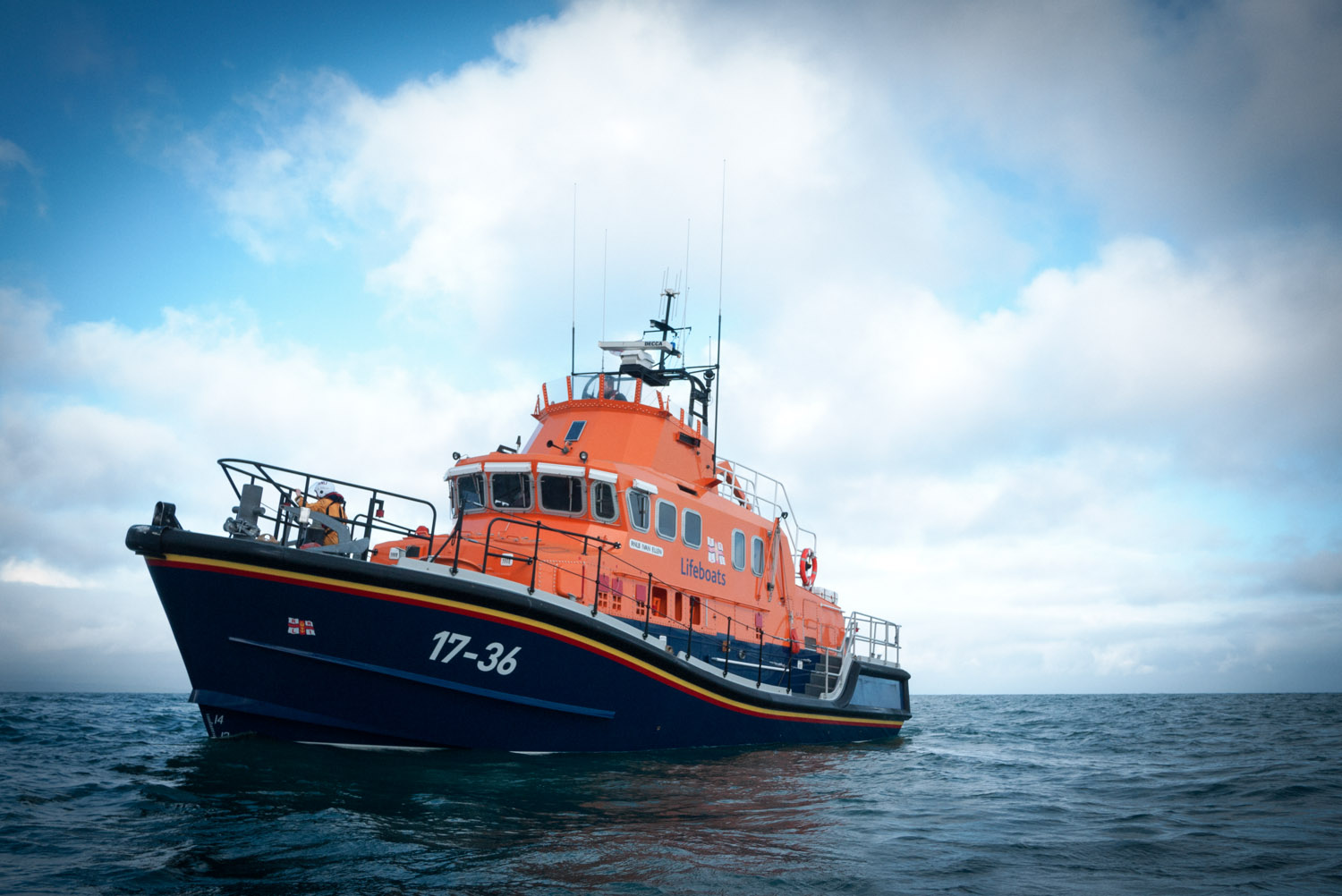 at 17m the Severn class boat is the largest operated by the RNLI. With 2,500Hp she’s a powerful beast. 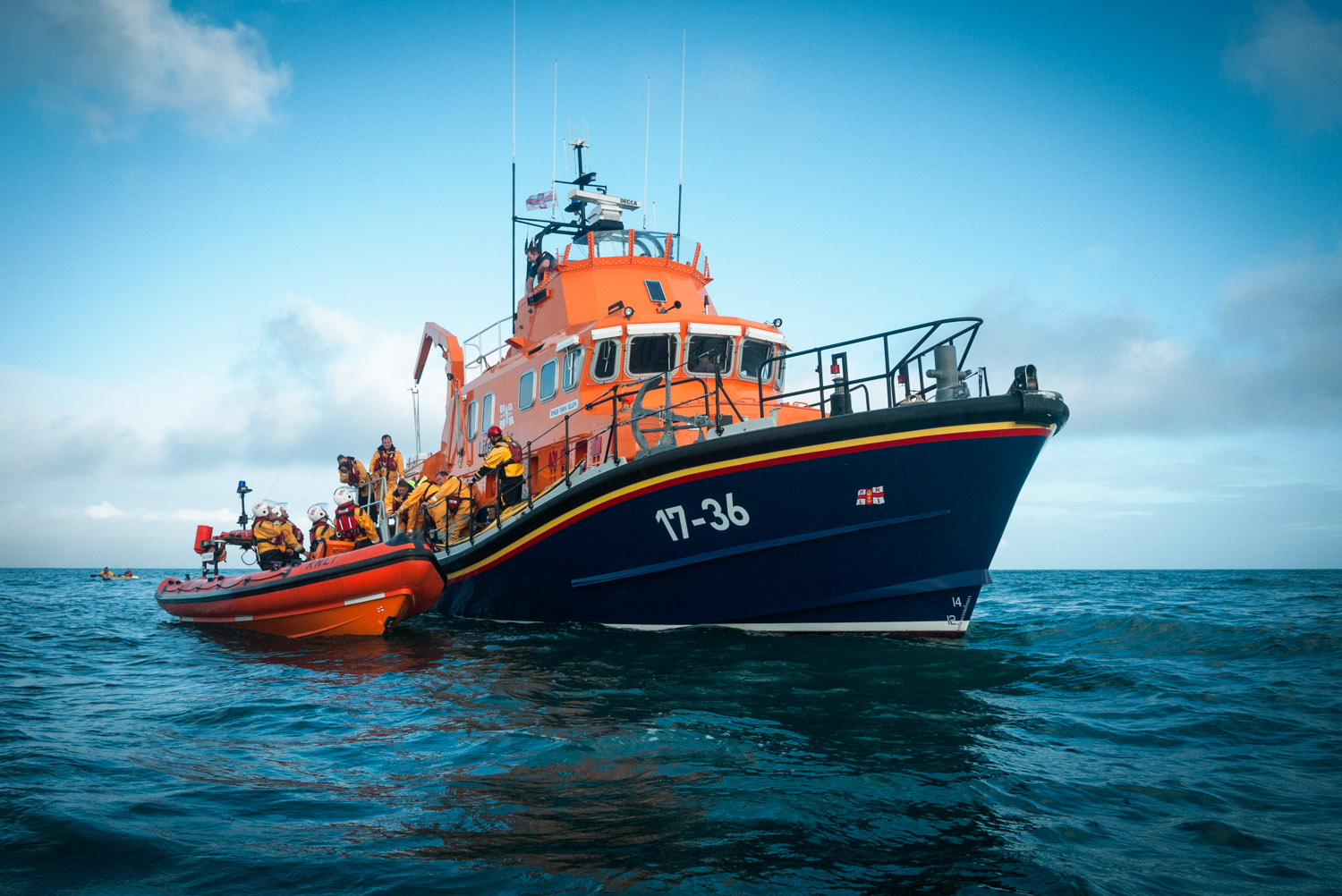 2 thoughts on “A joint training exercise with the Penlee Lifeboat”