2 1/2 weeks I’ve been laid up with a bad chest infection.. hence the lack of recent words… so having been somewhat restricted of late it was with relief this weekend that I felt ok to do normal weekend stuff like ride bikes and paddle kayaks. Now, I rarely paddle estuaries because, you know, they’re not exactly exciting places to paddle a sea kayak.. however from time to time it does carry some novelty value and Cornwall does have a really rather good estuary in form of the Fal Estuary. Structurally it’s a ria, a flooded river valley with an extensive system of tidal creeks feeding into the main Carrick Roads. So, for a change and wanting to put in a few miles rather than the usual rocks/surf/silly things flavour of paddling that goes on we made a trip out of Ruan Creek, down the main Carrick Roads, around the corner at St Anthony Head (link to national Trust page) and northeast along the coast to Pendower. A nice little outing of somewhere between 19 and 20 miles with the benefit of a really short car shuttle from Pendower back to our launch point at Ruan Lanihorne. About half inland paddling, half ocean. Enough estuary action to keep me going for at least a year I reckon :-) 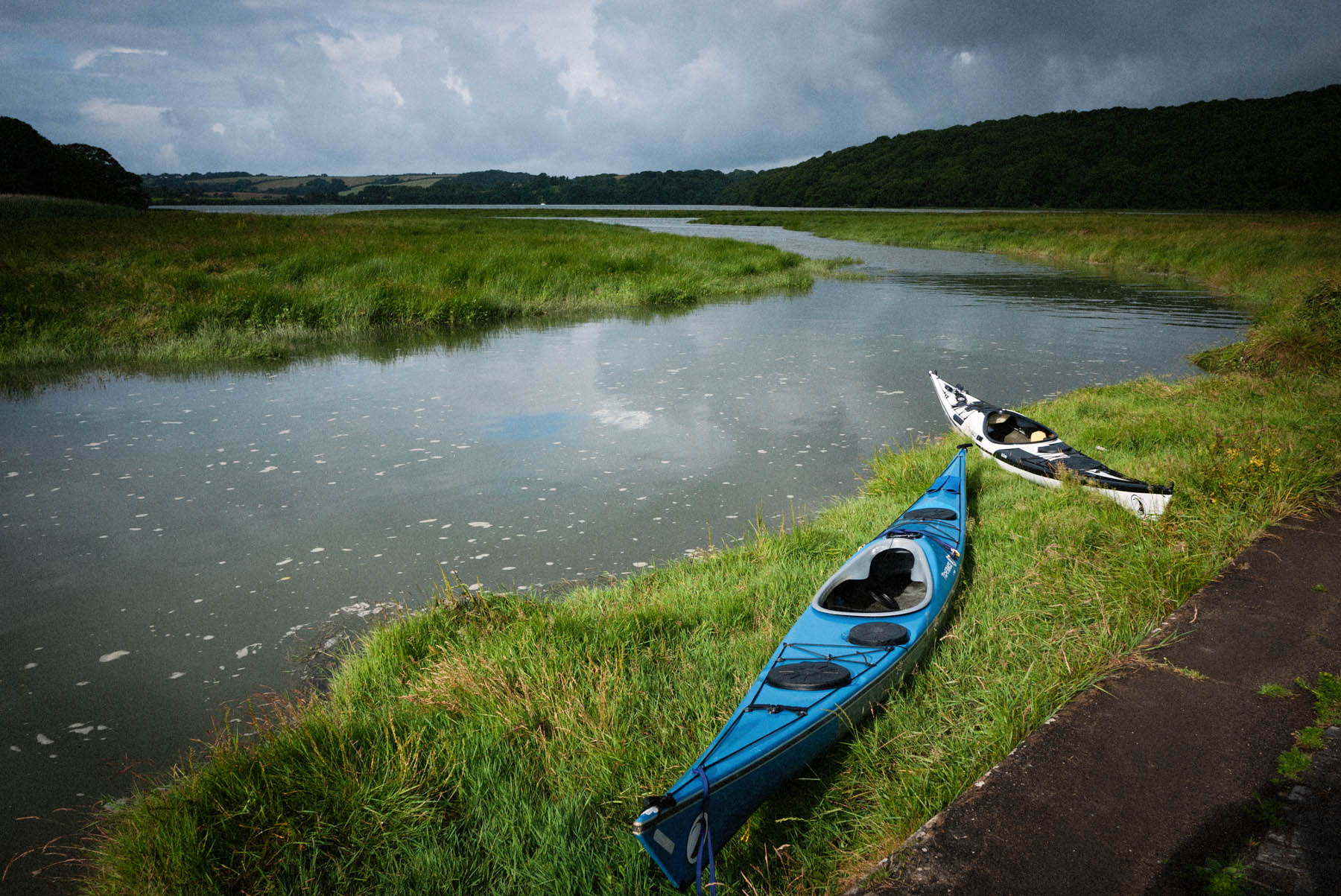 rather novel launching off soft grass at Ruan Lanihorne.. Can only get in here about an hour each side of high water. The silt that eventually blocked this creek (and others) to navigable traffic came from the waste dumping activities of the china clay mining industry… many many years ago before anyone really gave a shit about the environmental damage… or in this case perhaps they did but the industry was wealthy and powerful so nothing was done. Sound familiar? It’s not all bad however, the area is now a haven for a wading birds and waterfowl.. and it’s just really really pretty. 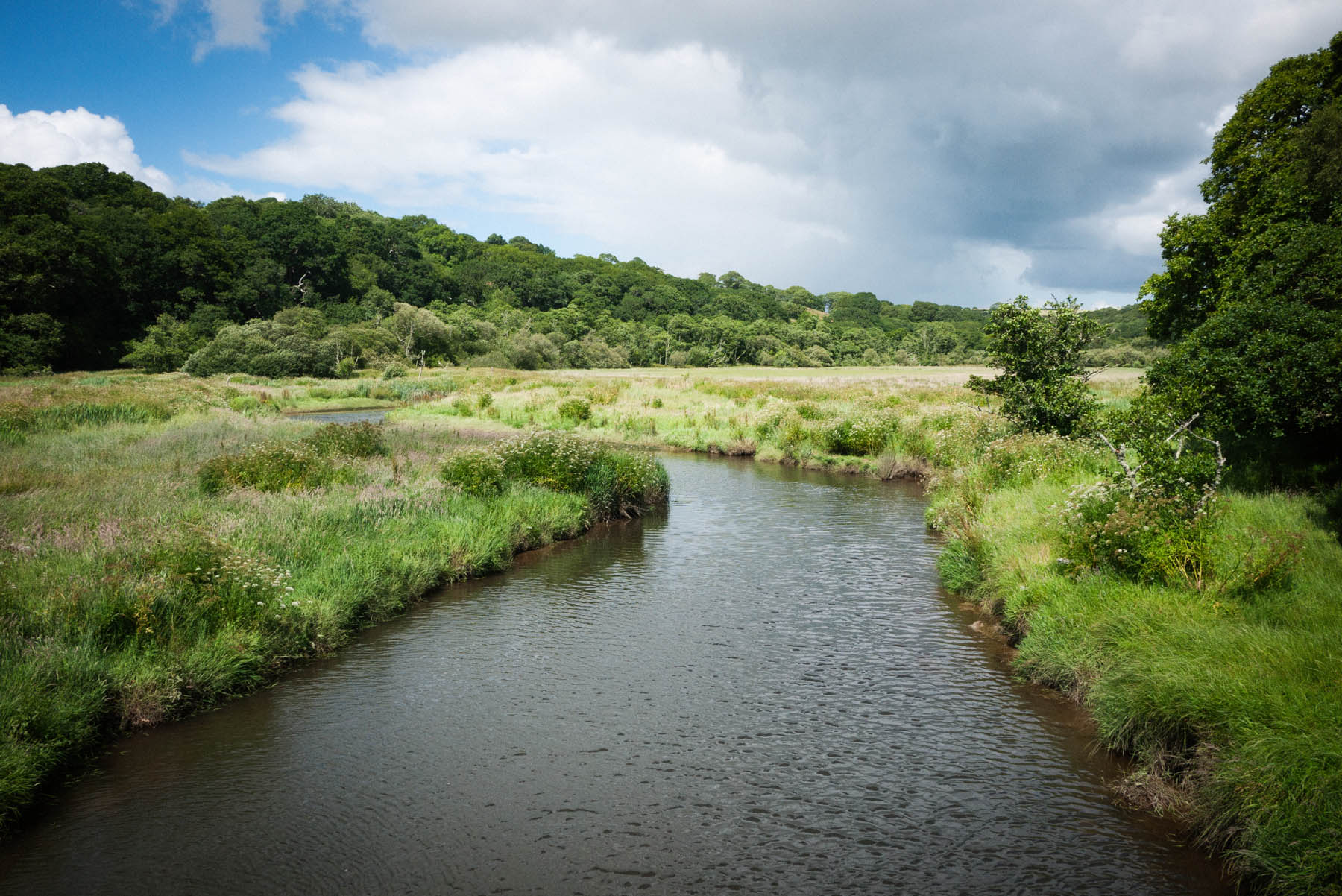 a nearby creek in the afternoon .. the sun was out, lovely spot. I do occasionally come through the lanes in the area on my bike. Not often enough. 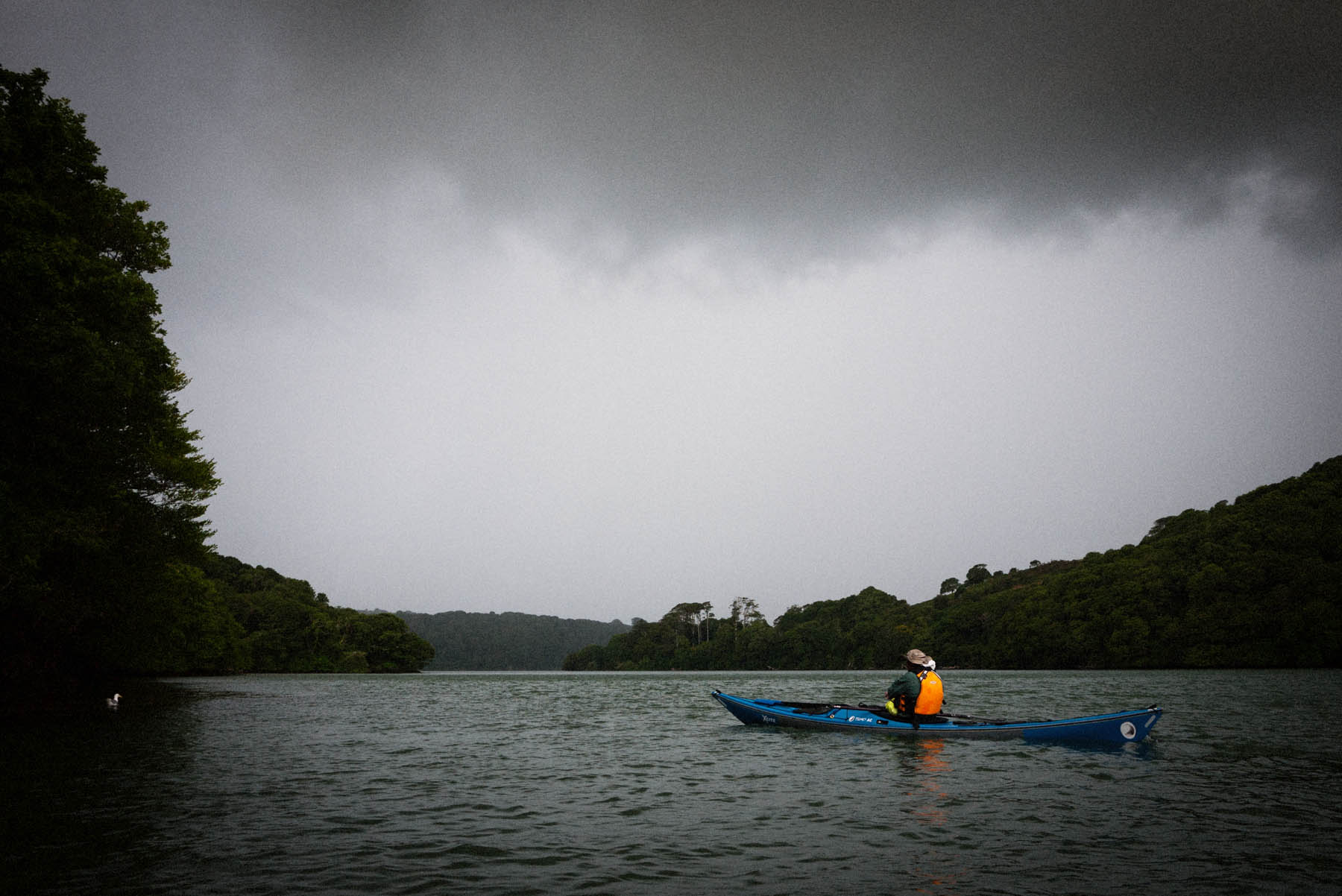 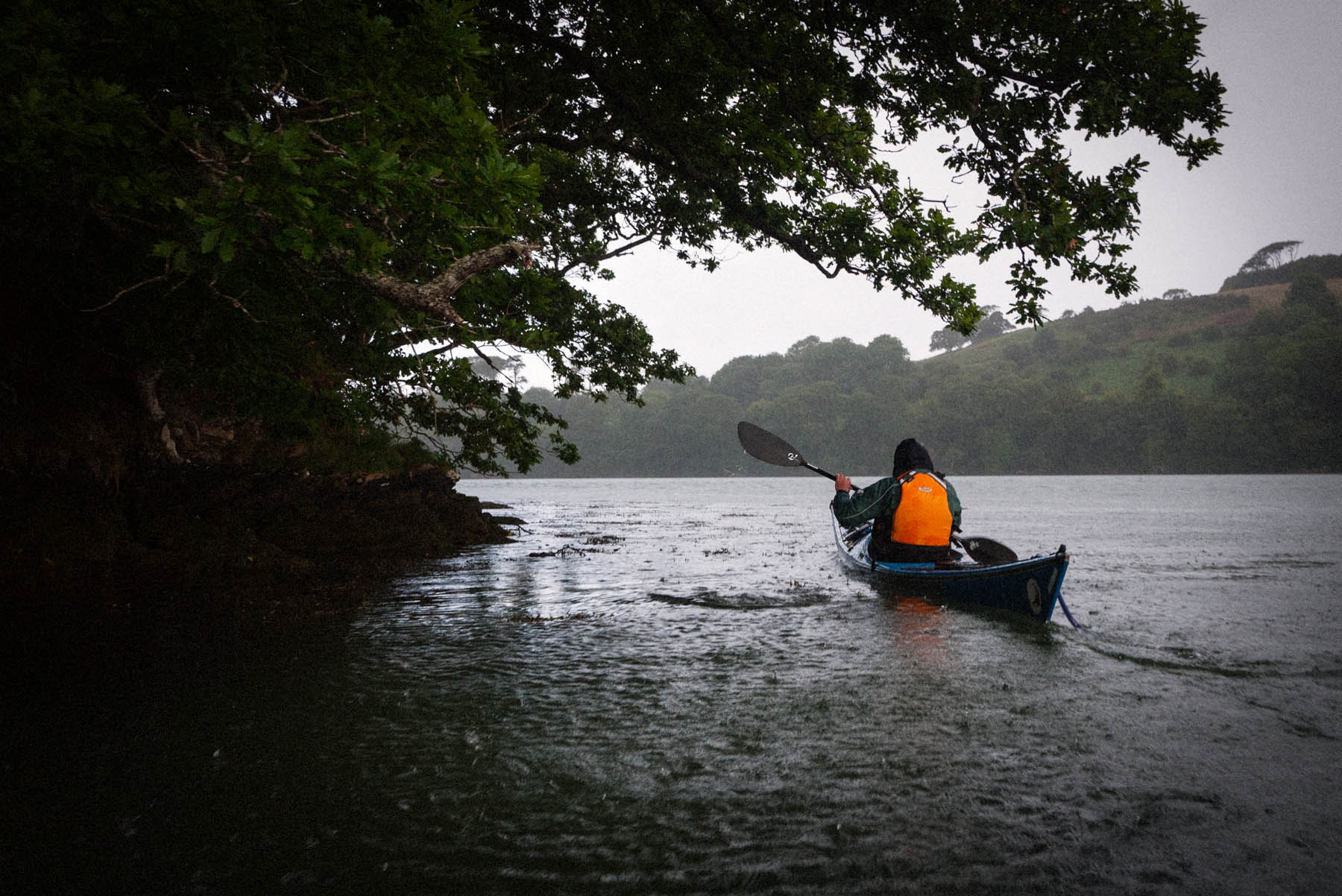 .. so rather than expose ourselves to lightning bolts out in the river we grovelled along under the overhanging old-growth oak forest that carpets the banks of the estuary. 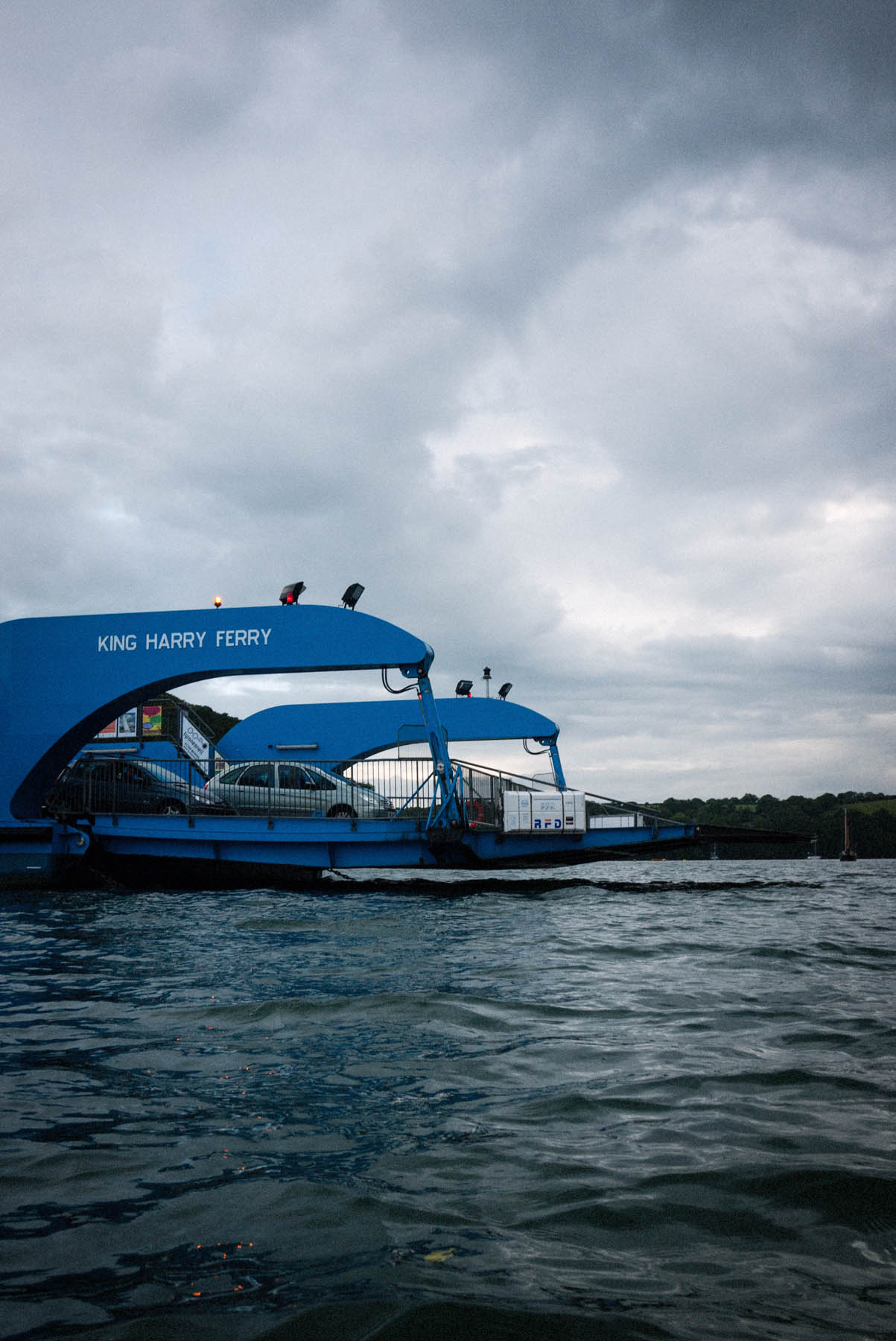 The King Harry Ferry looking somewhat predatory… the ferry is an important part of local history, established in 1888 the current ferry is quite new but it is still chain driven. It runs Feock – Philleigh every 20 minutes all year round saving motorists the alternative 27 mile road journey. 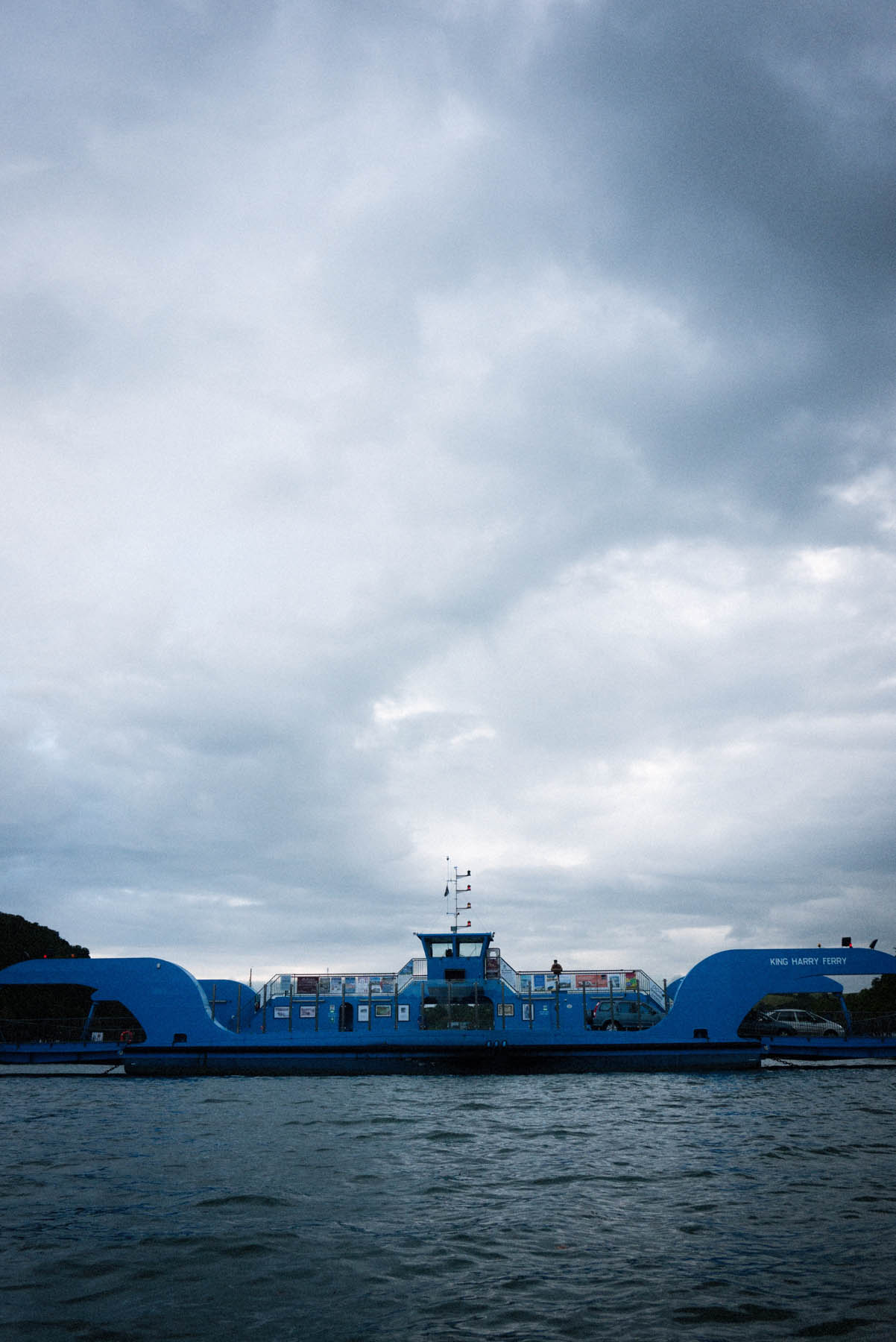 .. here it is in it’s entirety. The rain stopped… 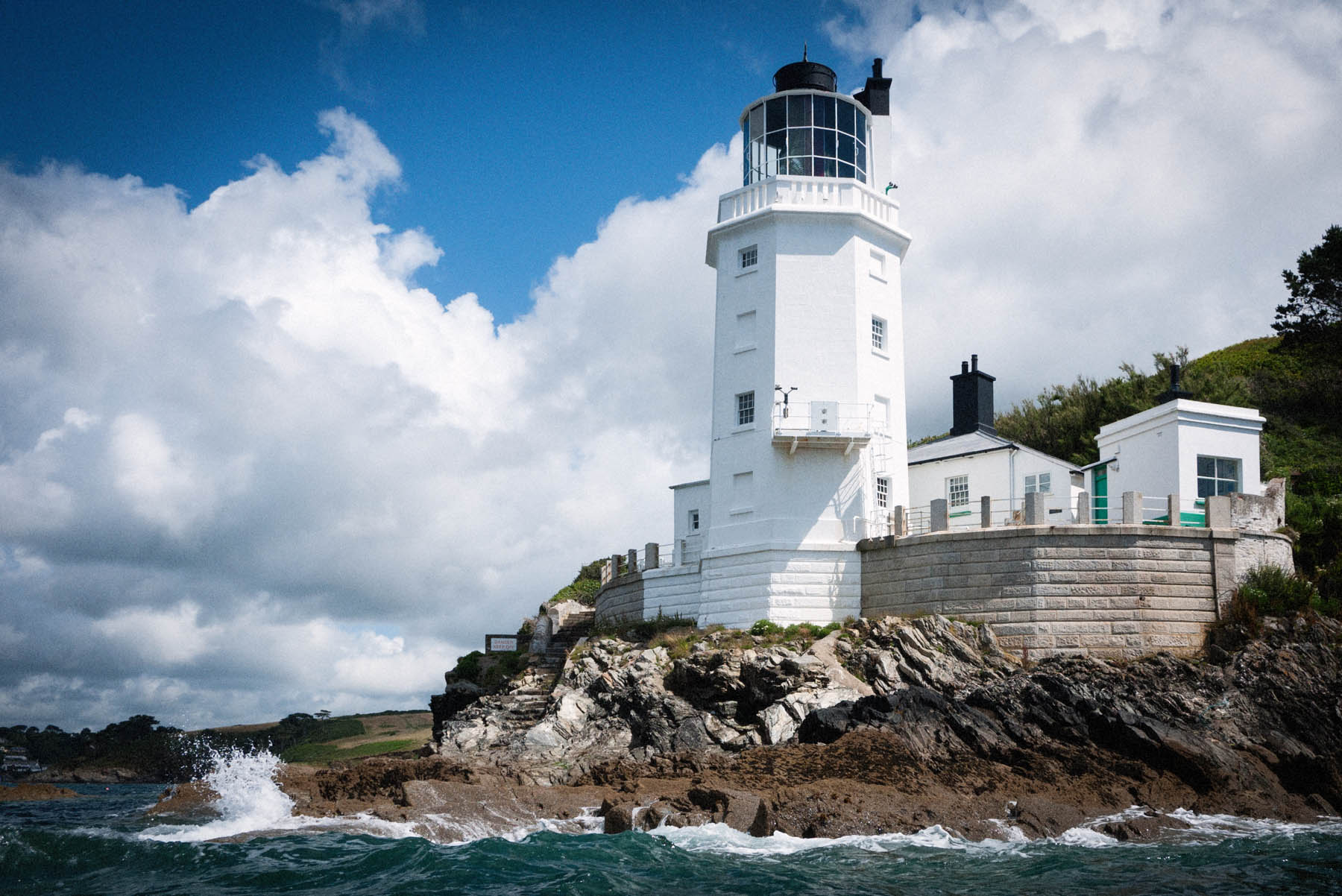 .. and by the time we reached St Anthony Head the sun was out. The lighthouse was built in 1834 to warn ships of the Manacles reef to the west. 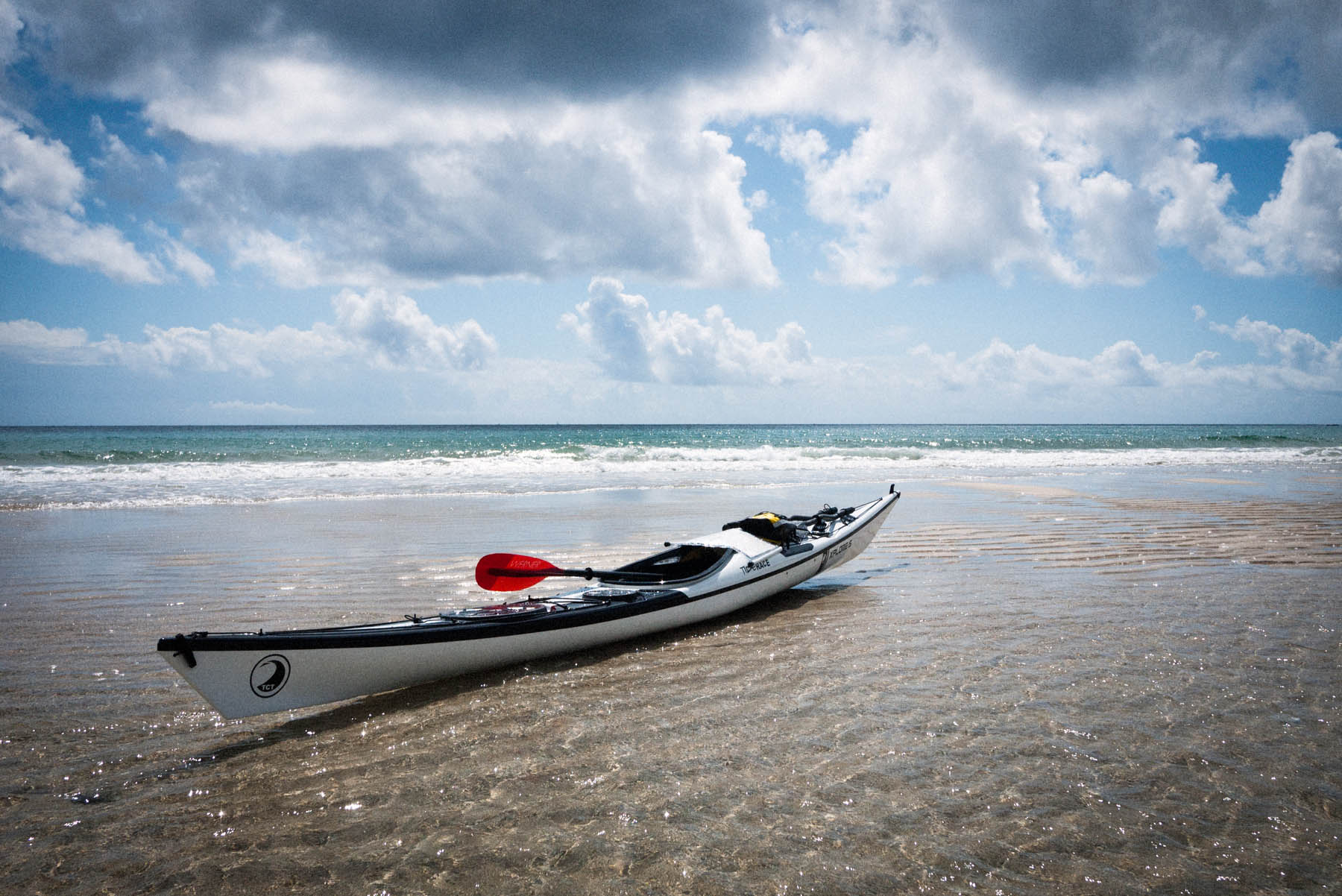 Lunch on the rather lovely Towan Beach. It’s a great place as there is no road access. one has to walk a short distance (unless equipped with a sea kayak of course) and as such is beyond the level of effort the vast majority of folk are prepared to expend on a beautiful afternoon. Happily. It is always very quiet :-) 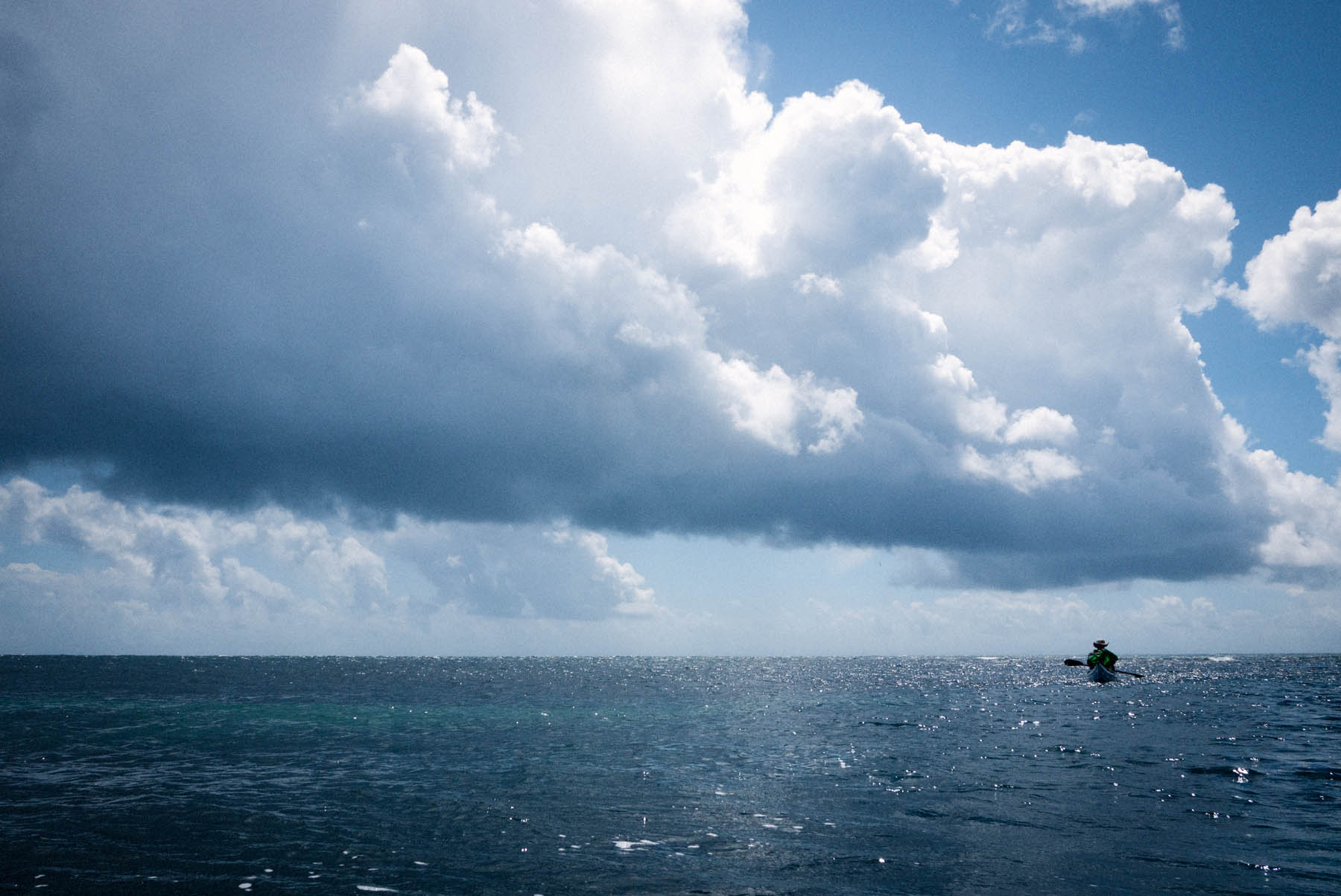 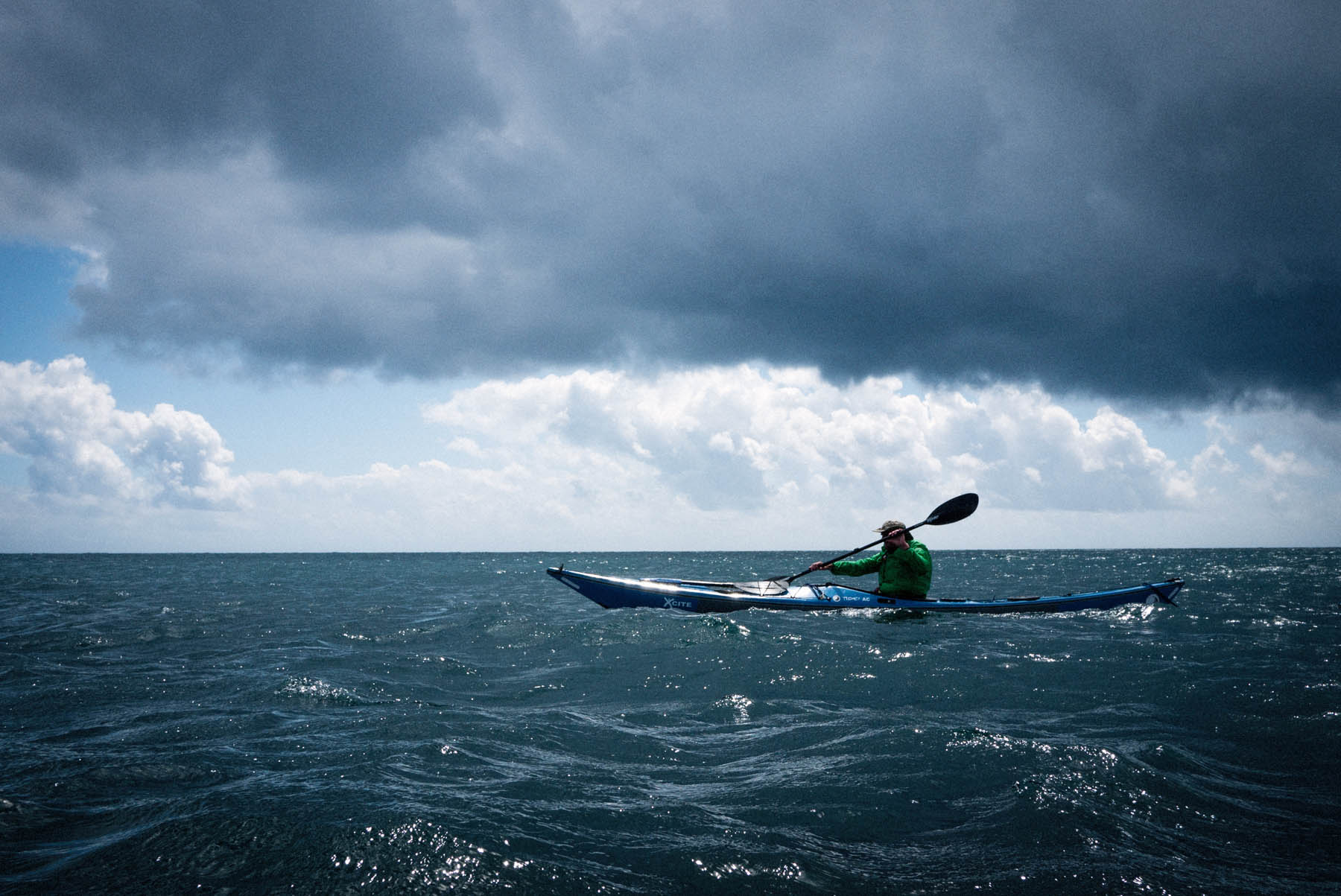 .. with the high sun, clear air and heavy cloud making for some very contrasty lighting 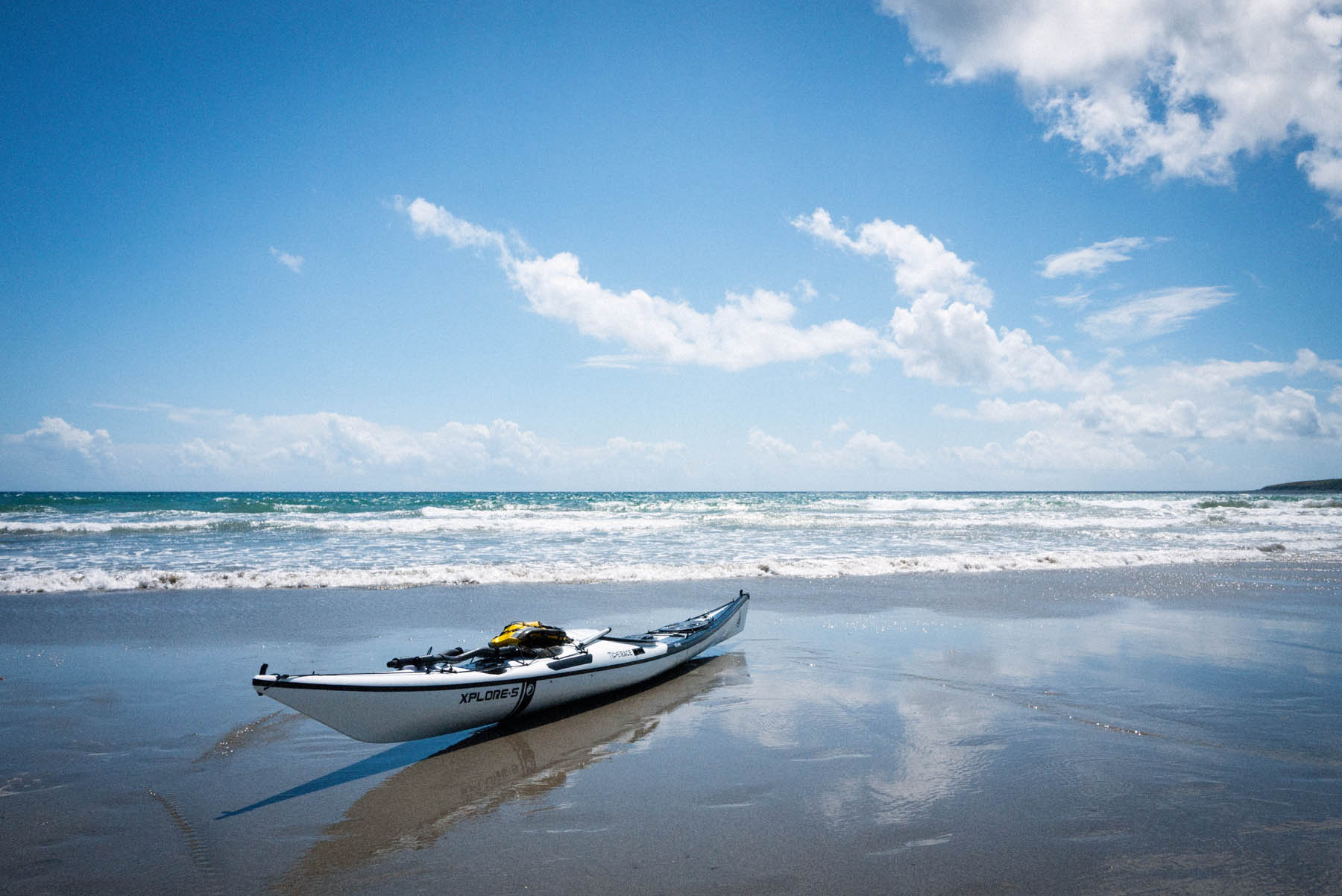 As a  footnote… Pendower beach, it is a beautiful spot at the end of a wooded valley with a small area of dunes and a beach. So this morning when dropping my car there it was utterly heartbreaking to find… 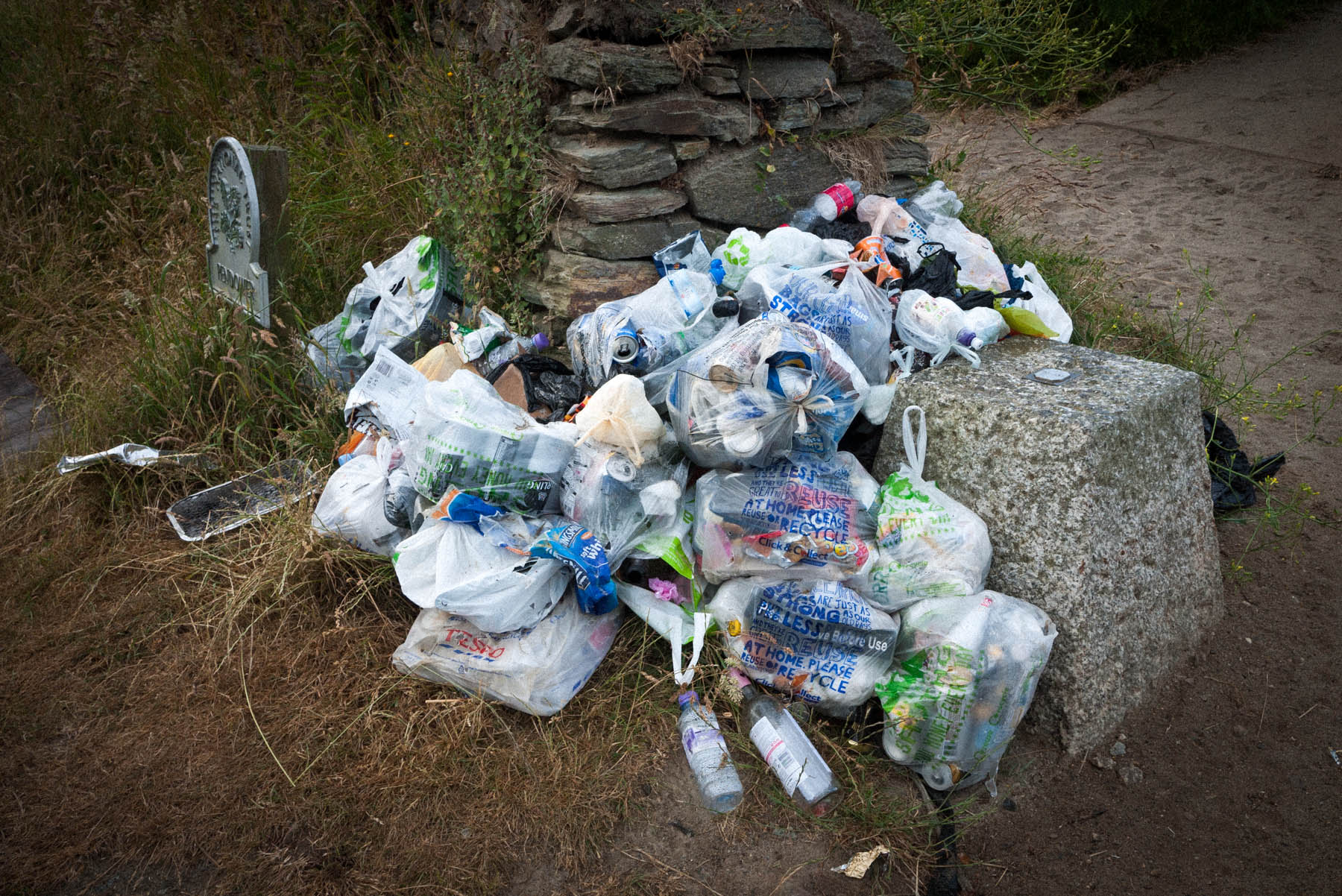 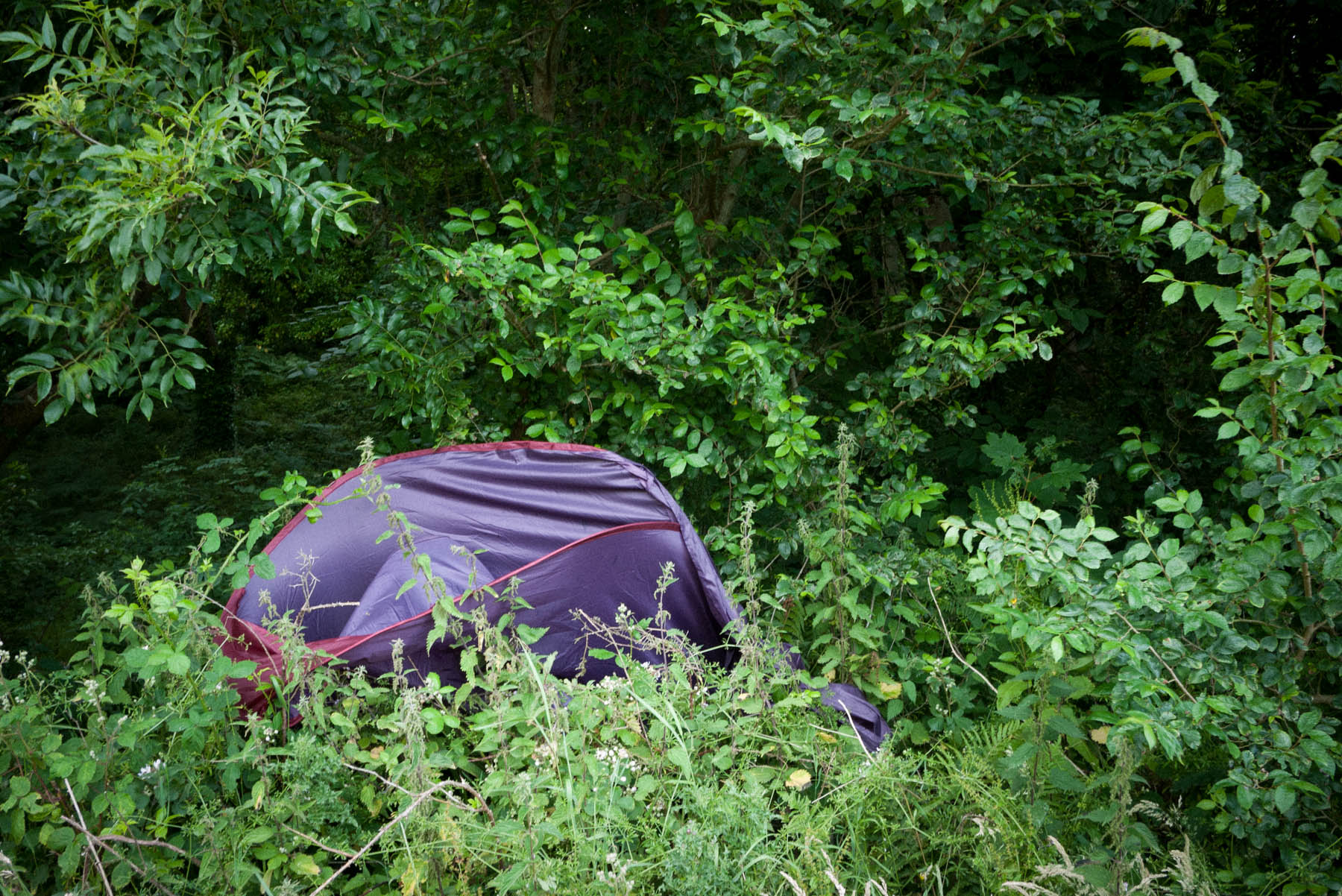 The dunes were full of tents (complete with people).. not just little tents but dirty great big ones… and covered in garbage, damaged by numerous camp fires despite signs saying ‘Please don’t…’. It’s a delicate habitat. I really cannot get to grips with the mindset required to do this anywhere let alone such a spot as this.  To think “hey, even though I had the means to bring all this stuff with me I think I’ll just toss it in the hedgerow/dunes/ before I drive home”. What I would have given for a flamethrower this morning… clean the bastards out like the vermin that they are. Cornwall in the summer time unfortunately does seem to attract increasing numbers of wankers who instead of shitting in their own backyards would rather come down here on holiday and shit in someone else’s. Horrible.

Please excuse my language. I really was/am quite upset about it.