A few recent (yesterday in fact) snaps of a kayaking flavour… I’ve been spending a lot of time recently trying to decide what my optimum on-water camera set-up should be. At the moment all I have is an old Lumix GF2 + 14mm lens inside a housing that lives on my deck… The camera was a cheap secondhand deal albeit with an excellent lens, important on the expectation that sooner or later the housing will leak or the whole lot will end up on the ocean floor.. The image quality is OK but the 14mm (28mm equivalent) lens can be limiting. I also have a waterproof compact for when conditions are rough but quite frankly, as with all such cameras, the picture quality is terrible so I’m keen to drop it completely.

I’m coming to the conclusion that I need a couple of options.. so thinking I might experiment with  35 or 50mm lens on something like a Fuj -X-E1 (cheap secondhand these days) in a housing on my deck .. a zoom could be nice but generally if conditions are interesting there isn’t time to faff with a zoom and I like the immediacy of a wider lens.. assuming I can get close enough without too much risk. A complement to that for when conditions are safe for popping my cockpit open something with a range of focal lengths inside a dry bag inside my cockpit. It’ll probably need to be weather sealed, if only for protection from dripping hands, so a weather sealed SLR or mirrorless camera. I can’t have an SLR in a housing on my deck, anything bulky just gets in the way and becomes a liability in conditions.

So.. whatever solutions I settle on it’s quite a big chunk of cash to be waving around in a saltwater environment which is why it’s taken so long to think about it… but I feel the time has come to invest :-) 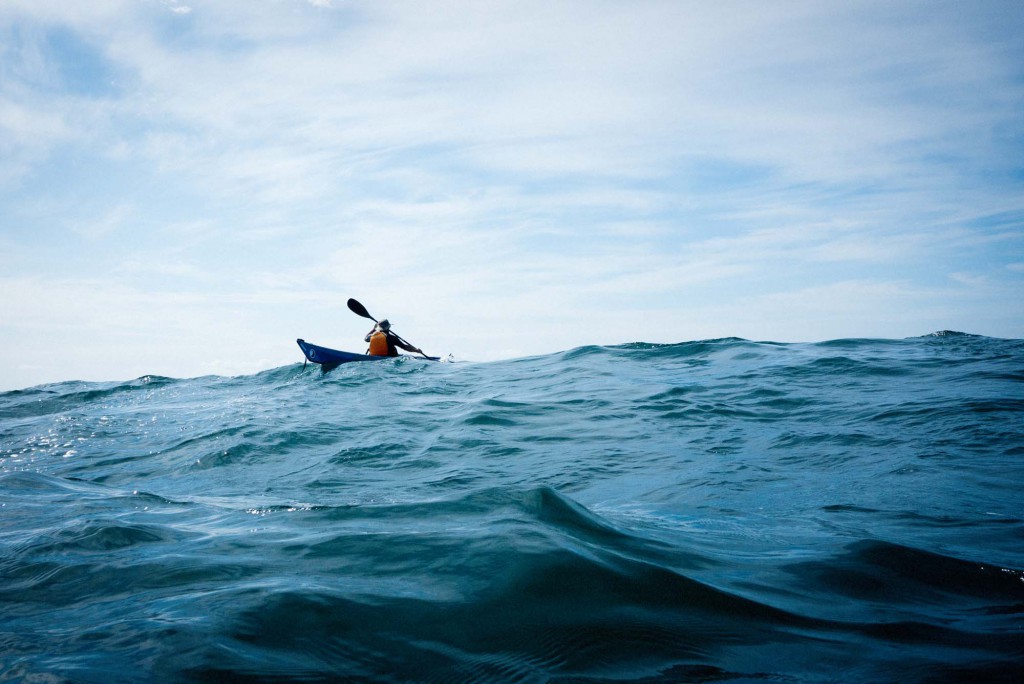 Offshore from Lizard Point there was a decent swell running. The tidal race was absolutely pumping too but I had to drop my camera for that.. we timed it just right to arrive at peak flow and a solid session of surfing the standing waves. 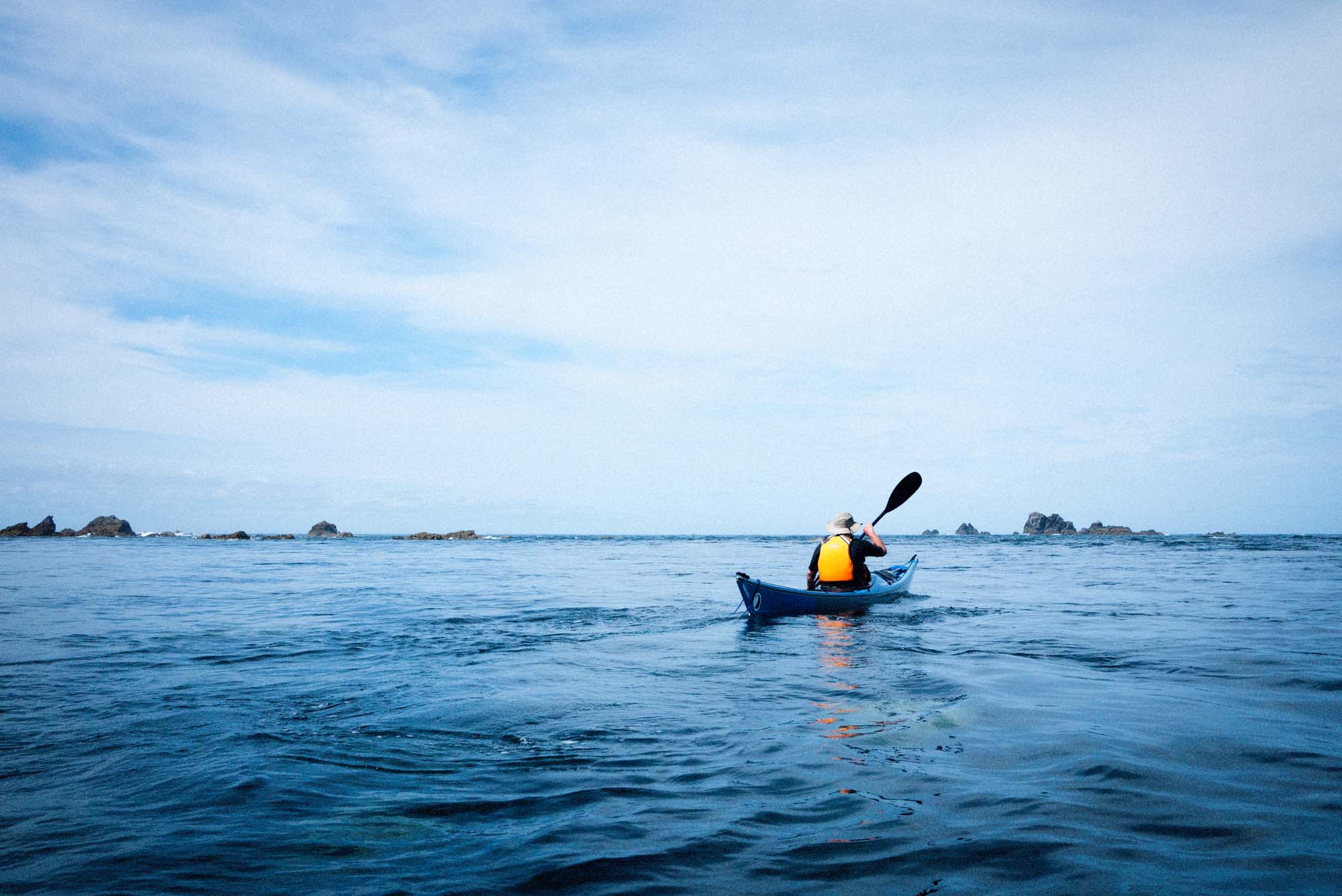 Inshore at Lizard Point however is protected to a degree by the numerous reefs. At low tide it is not hard to understand why there are so many ship wrecks. 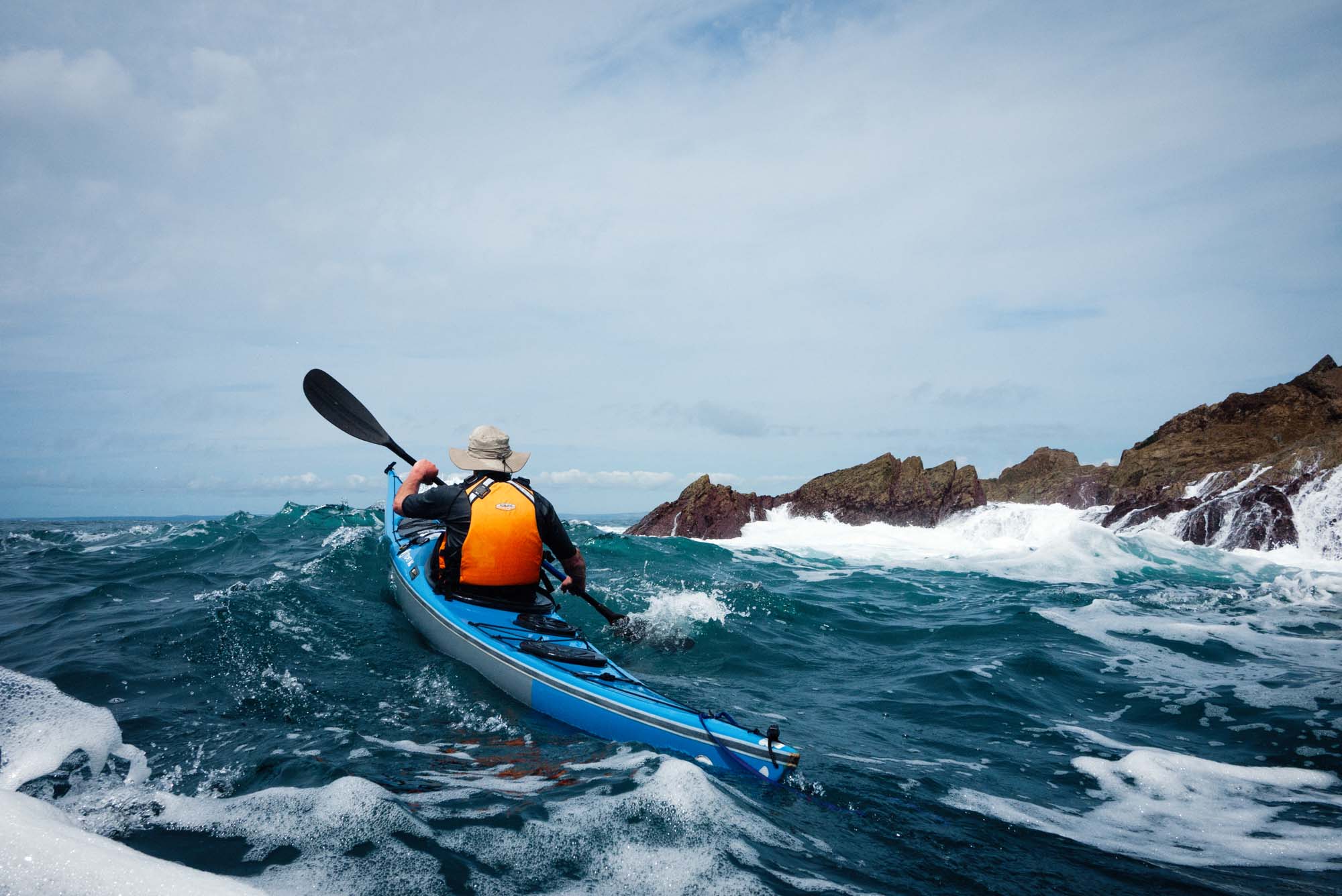 I really do like the immediacy of a wide angle lens… 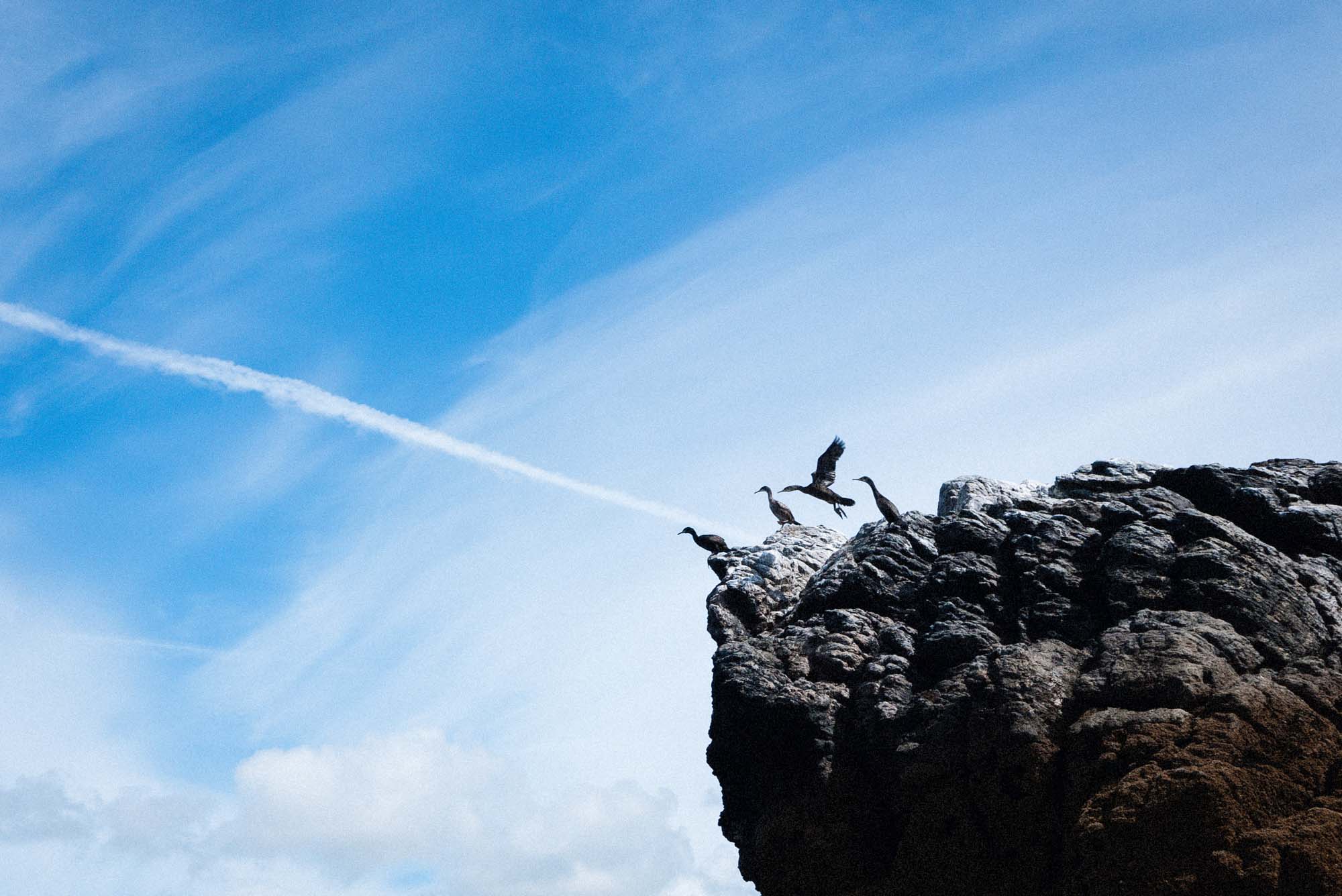 ..but there are times it can be limiting.. on the other hand it forces a bit of creativity sometimes.. like when trying to document some of the local bird life… One of my photographer friends described this photo as ‘a statement on flight’ given the vapour trail but I prefer ‘Shags on a rock’. 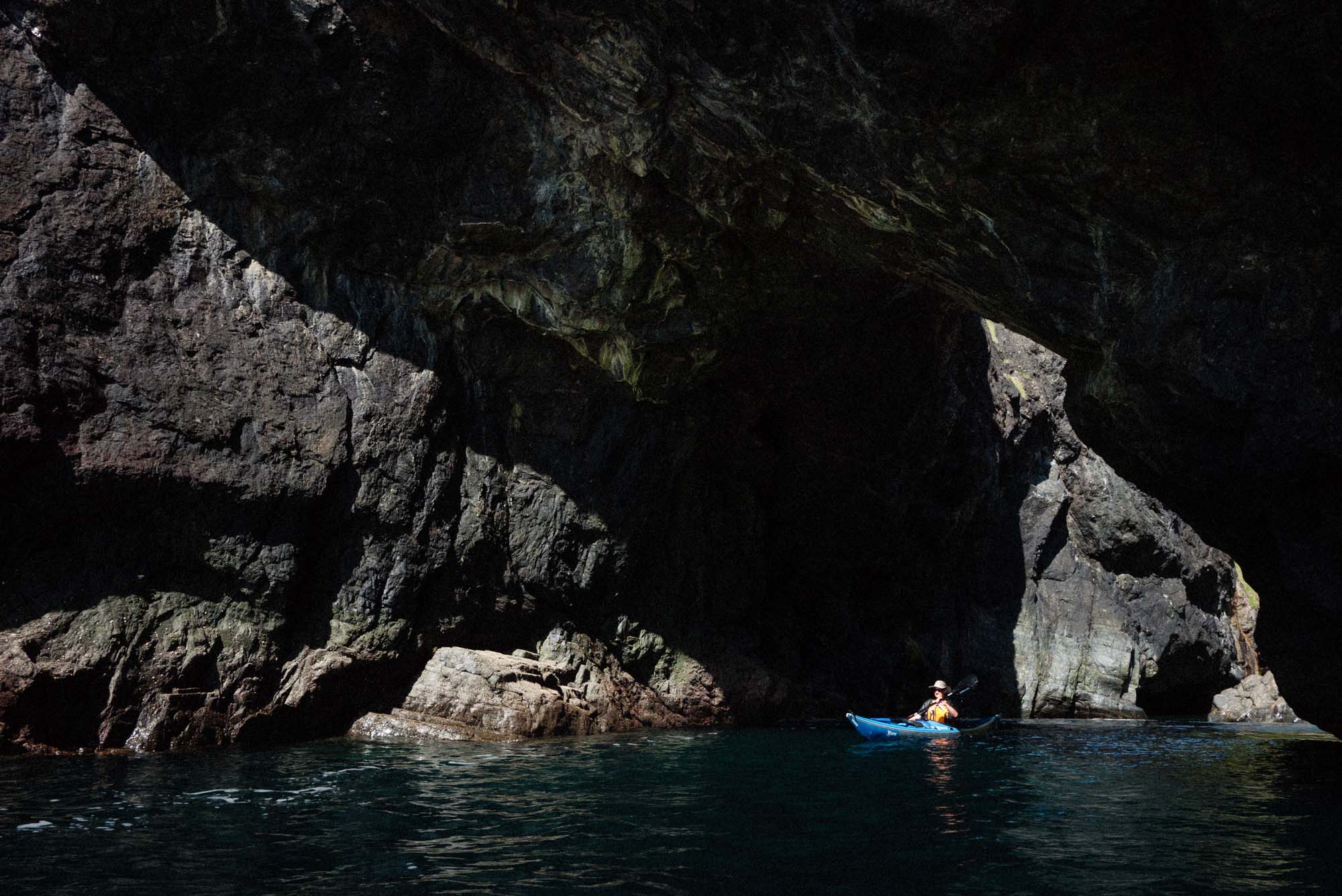 This is a collapsed cave near Cadgwith. It’s cool. 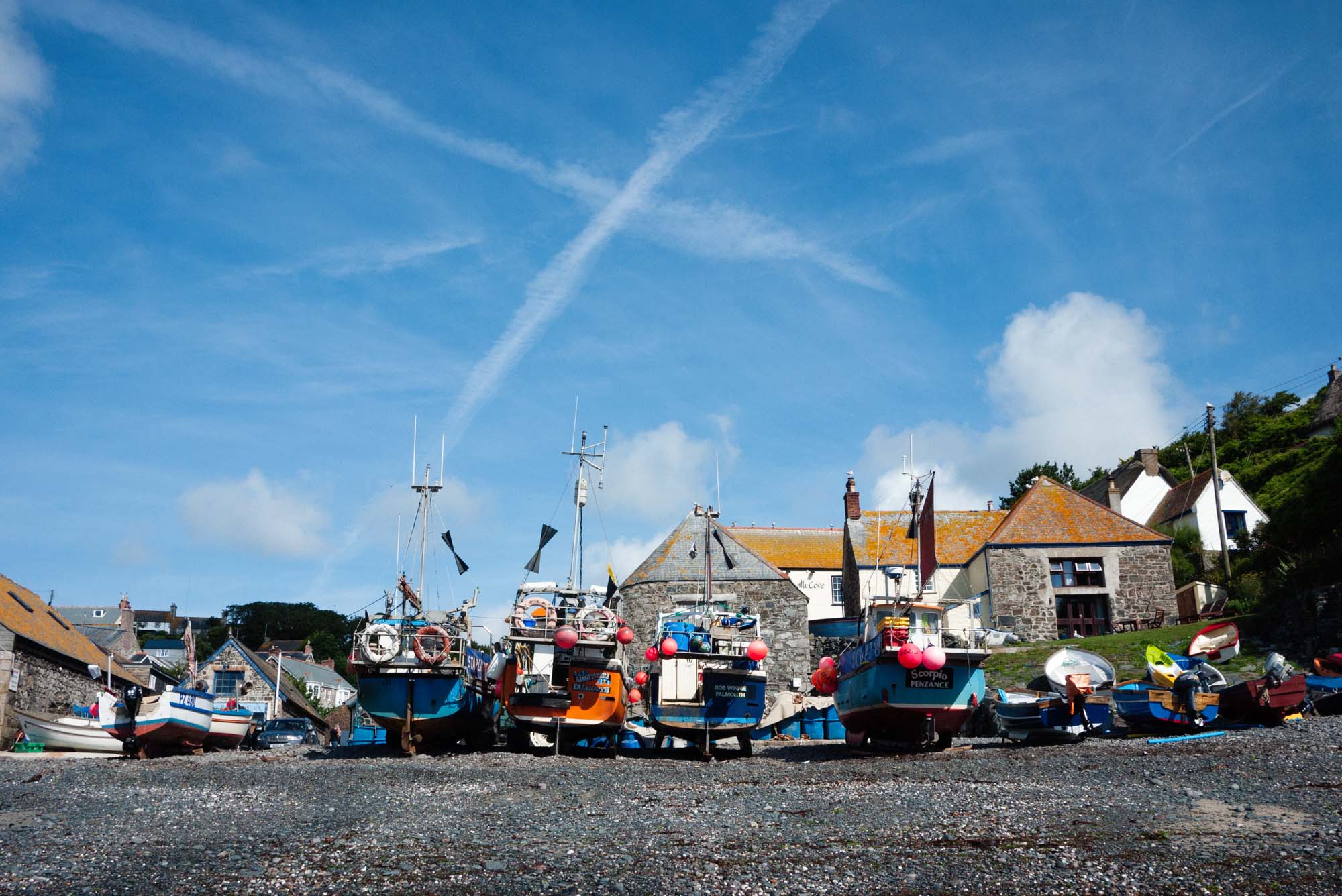 Fishing boats on the beach at Cadgwith. There was a bunch of kayakers here too when we passed. I paddled in to say hello but my greeting was entirely ignored. On that basis I suspect it was the local Hayle club.. They are known to be a bit of a weird bunch when it comes to attitude .. quite cliquey. I have come across them before and have been invariably ignored when saying hello. It is as if owning a sea kayak is a competitive sport and all strangers thus equipped are to be shunned. 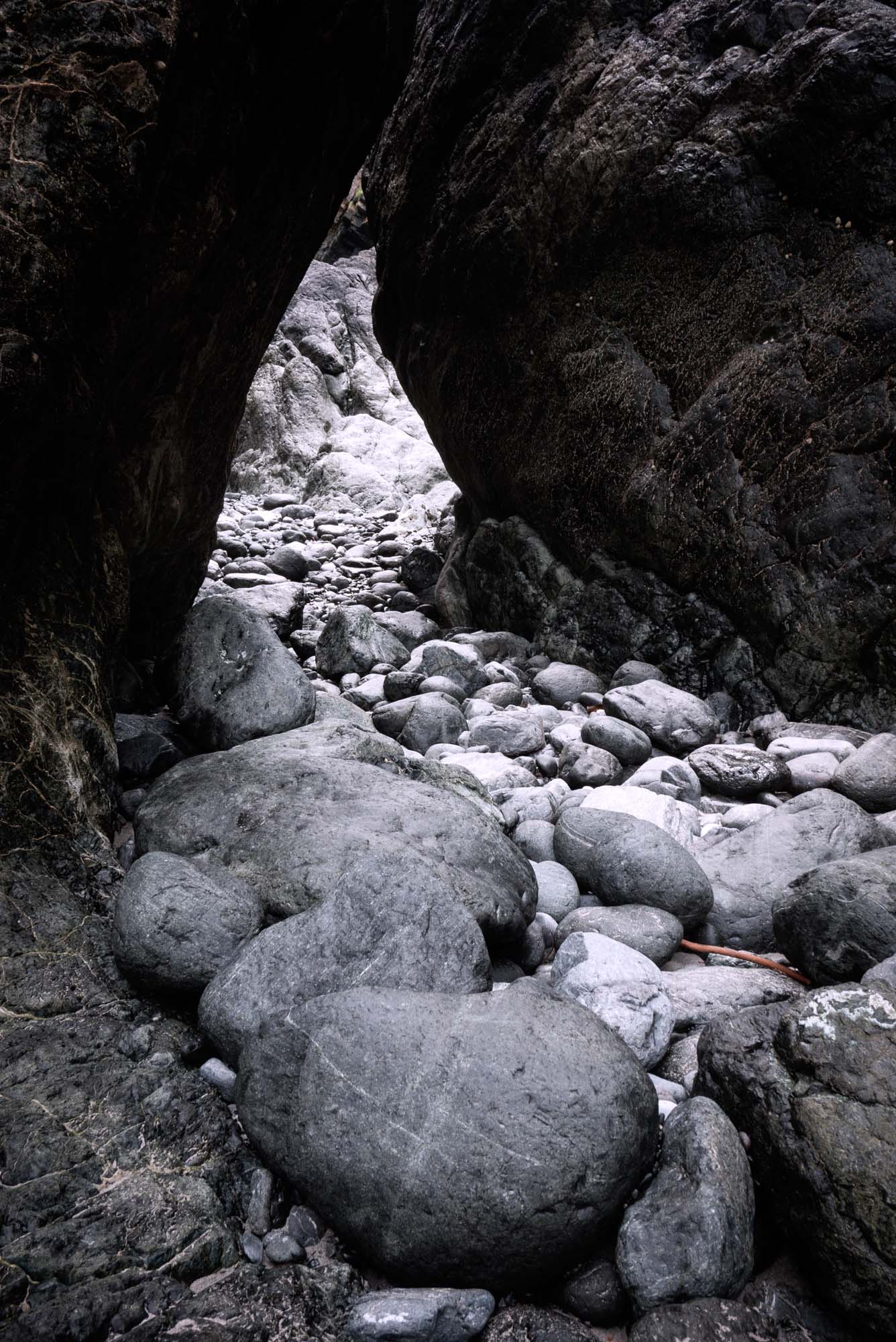 It was a very mellow day of paddling, lots of messing around. This is a spot on the western side of the Lizard, serpentinite cliffs and boulders polished and carved by centuries of Atlantic storms.