On reaching the mighty age of six my brother and I were given a small secondhand mono tape deck. It was my first exposure to music independence and, despite being extremely basic, was something I found completely marvellous. Along with it came a ‘ripped’ cassette with only a hand scrawled ‘various’ on the paper insert which turned out to mean ‘something of a mishmash of stuff’. The reason I mention it is that this post is probably something of a Various. Also a place to sling up some pictures that would not otherwise have a home. 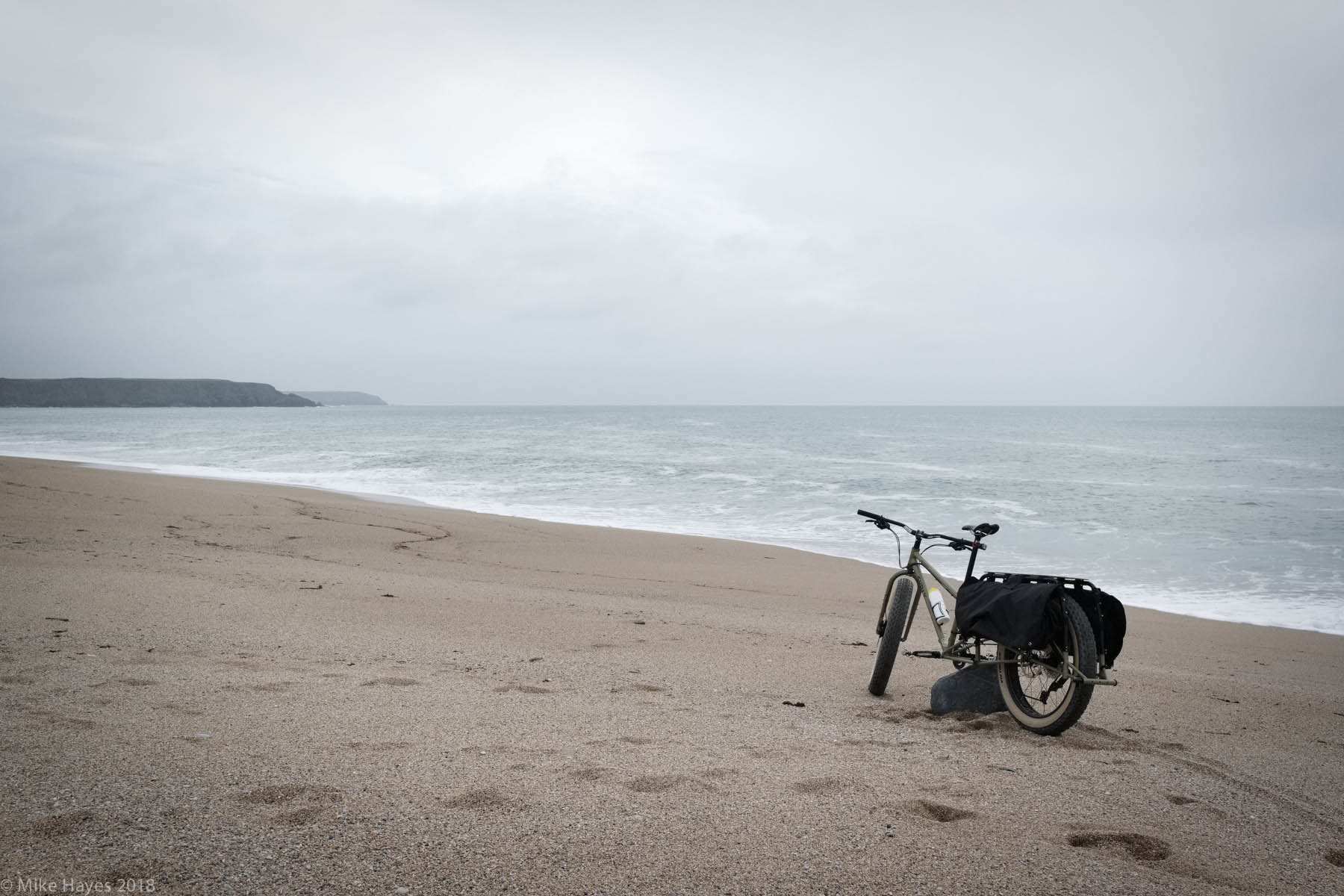 It felt like a bit of a risk forking out for it but the Big Fat Dummy has been something of a revelation in the context of adding adventure to every day stuff. Recently I had reason to make an 80km round trip for a BBQ with friends, and subsequently to collect a chainsaw. With overnight kit on board, rather than take my usual route, I made the journey on clifftop trails and across beaches, returning the next day via the same route but now with a bloody great chainsaw strapped to the deck. I enjoyed myself immensely on what would otherwise have been a fairly routine task (BBQ excepted) and probably involving use of a car in the case of the saw.

As winter approaches I’m well aware that there could be some ‘wobbly’ days ahead for me so I’m finding it more important than ever to find ways to insert a little bit of adventure into my everyday activities.. taking the long way round to a work related meeting, staying out overnight on the way back and so on.  I find it a bit depressing to see the degree to which something that is essentially free has been turned into a packaged product in the hyper-commercialised, social-media driven world we live in; a look around a beach car park here on a sunny day illustrates the degree to which it has been turned into a commodity, packaged up and sold in a way that requires the correct vehicle, the correct clothing brands, the correct brands of equipment, and to be seen to be travelling to the latest on-trend destination.  I kind of feel that because of sheer volume of all that marketing noise now it’s more important than ever to push back against the bullshit and find ways to incorporate ‘adventure’ into everyday life on my own terms and in a way that doesn’t require frequent flying on a whim, putting ones-self into debt, or just buying a lot of shit that isn’t really needed. I’m finding it satisfying and it’s  better for the planet too. It’s nothing new, lots of people are very good at doing that, and have been doing that for a long time, and it’s that which I often find as inspiring as the distant epics simply because it’s so accessible, and cheap. It just requires a bit of motivation and willingness to slow life down a bit. Living in a world dominated by pervasive marketing and a shit-storm of social media, and coming from a history of depression, finding small ways to incorporate a little bit of adventure into otherwise everyday tasks or events is proving immensely beneficial to my mental health.

My brain is also sludge this morning so rather than staring like a zombie at lines of code this post also perhaps acts as something of a functional exercise in easing my brain cells into some sort of operational state. Or not. 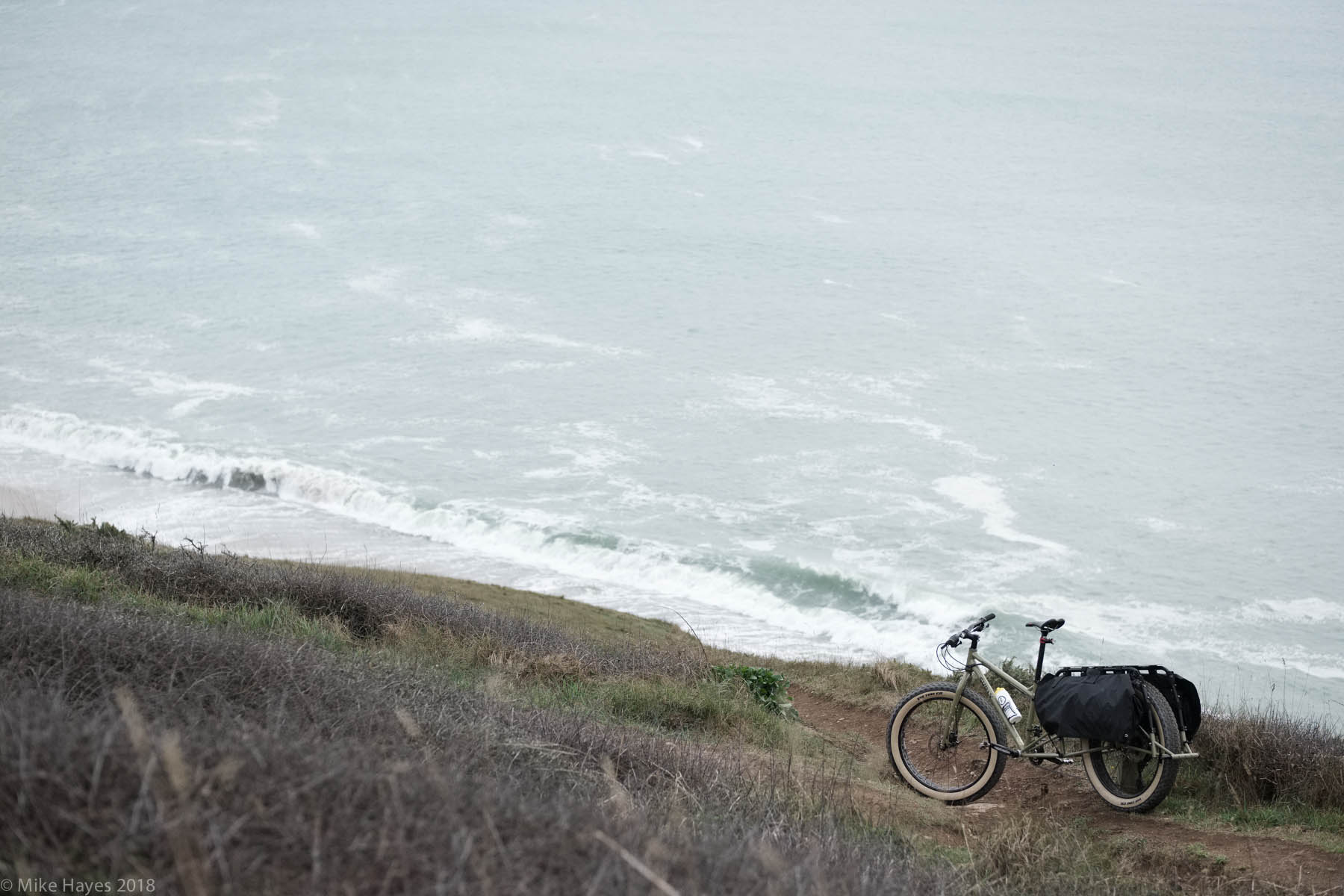 Counter-intuitively perhaps the Dummy is excellent fun on singletrack. Getting it on a shoulder for climbing over things like stiles or up and down steps is a bit awkward but I can manage it provided I don’t have much kit on board, and the surface is grippy… 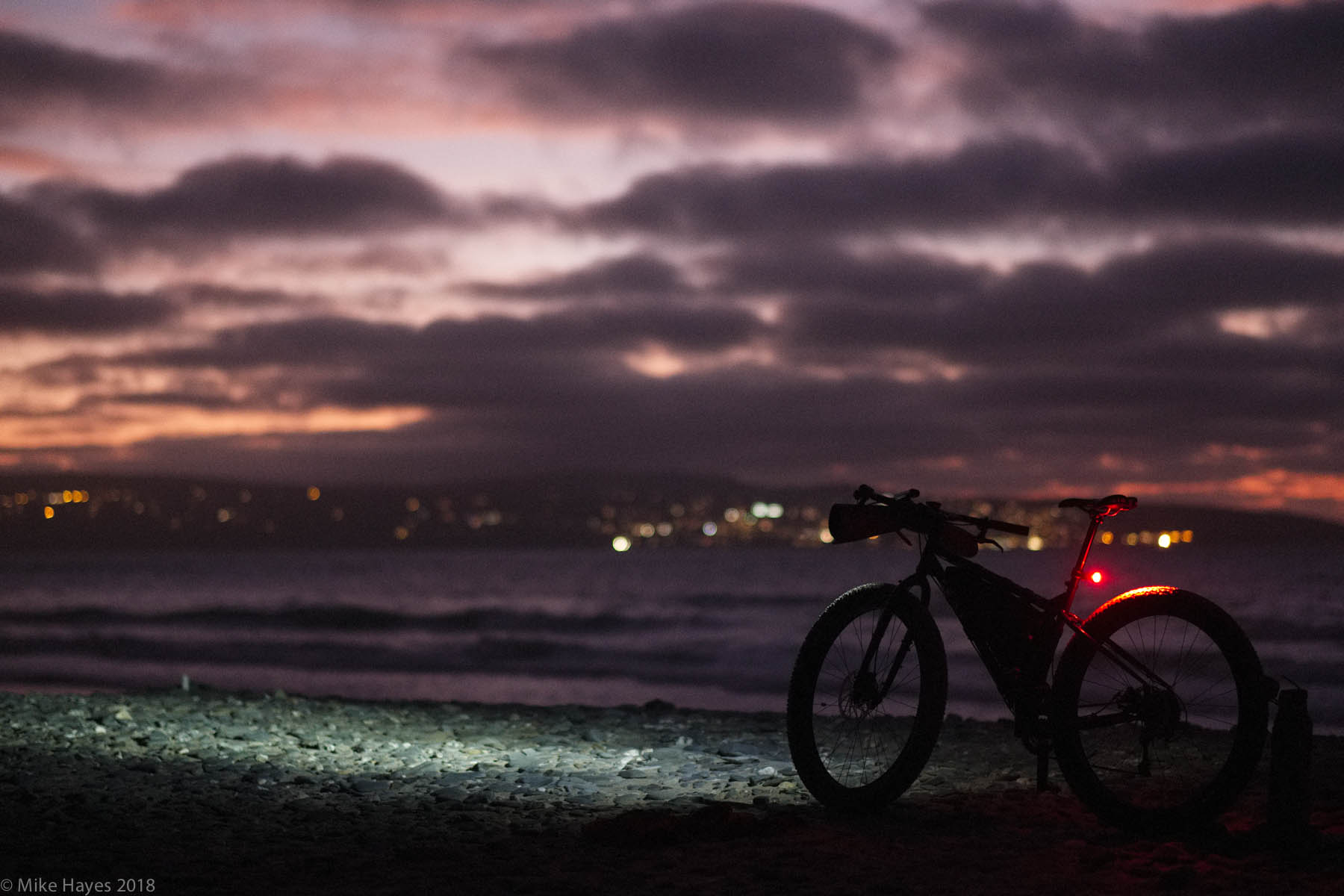 The last of the evening beach yoga sessions before the end of daylight saving time. I made my way home afterwards on the clifftop trails to the light of a fabulous full-moon rise. The evening sessions proved to be a terrific way to stay tuned to the roll of the seasons as warm, sunny summer evenings slowly morphed into dark, chilly autumn ones with spectacular sunsets. 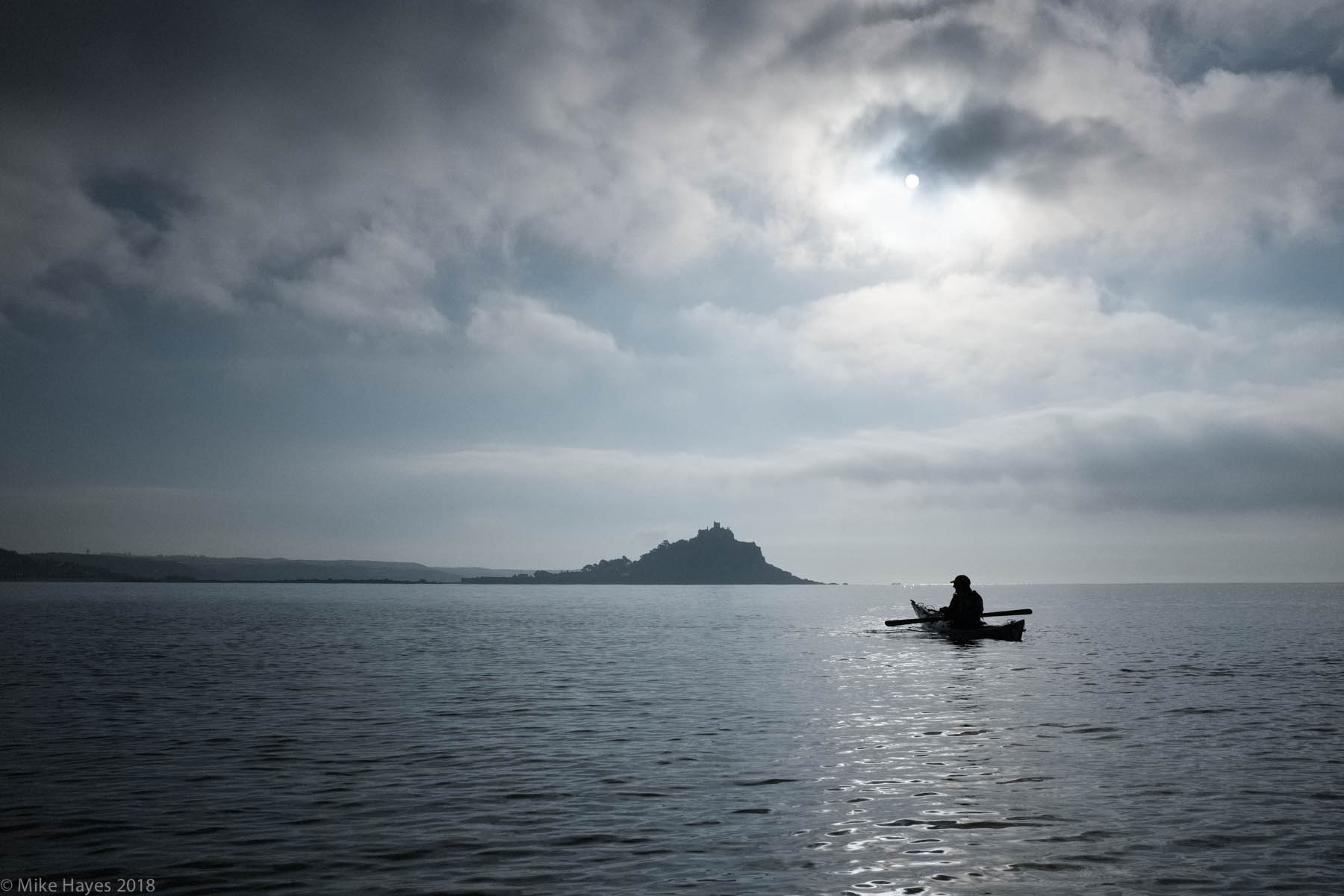 Now the summer beach crowds have disappeared and the season of interesting light and winter swells has arrived I’ll make the effort to get back out on the water more often. 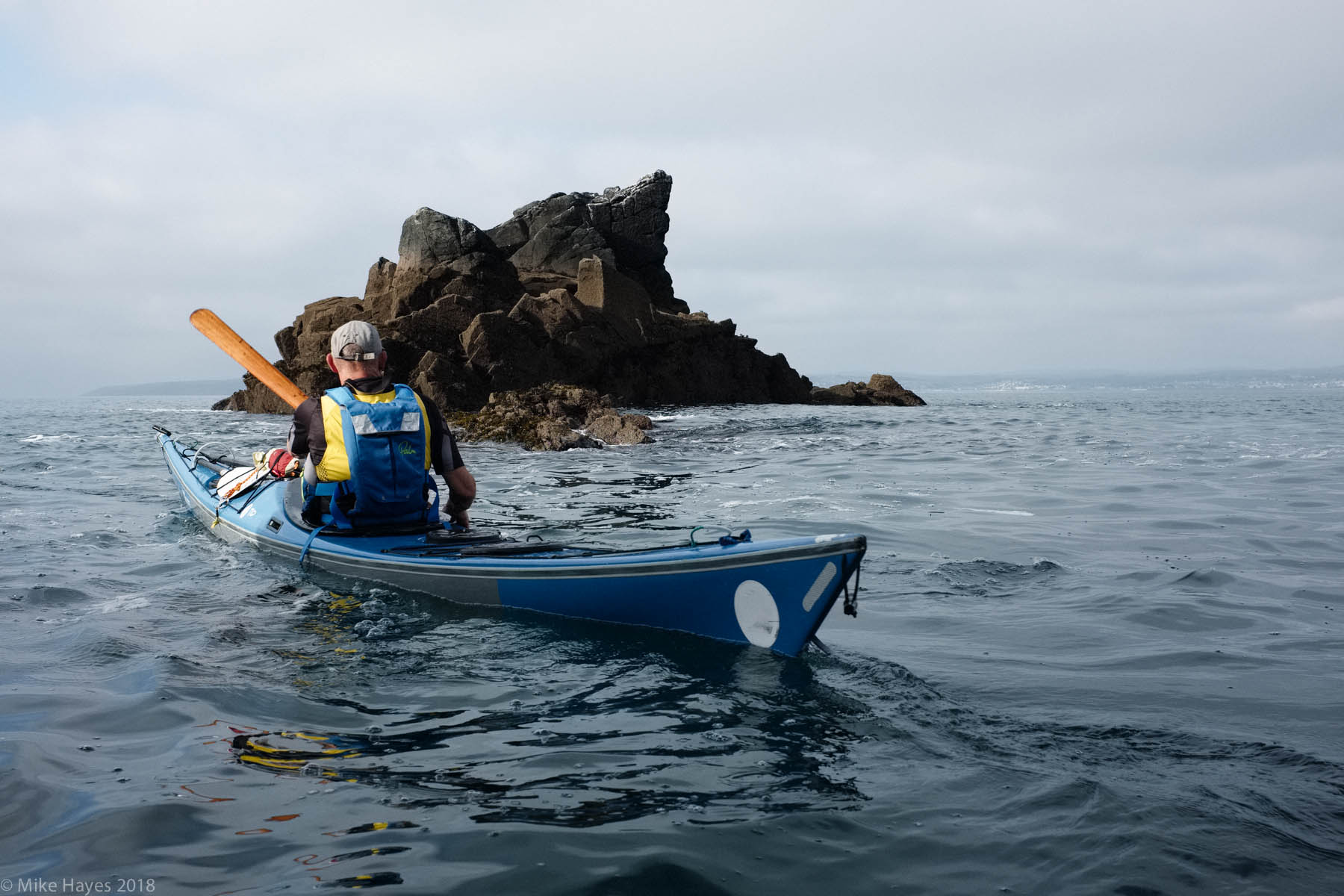 Perhaps the final breath of an Indian summer.. the second-to-last weekend in October, the sun was too warm for anything more than a base-layer to paddle in, and with the sea holding on to summer warmth doing so posed little risk on such a calm day. 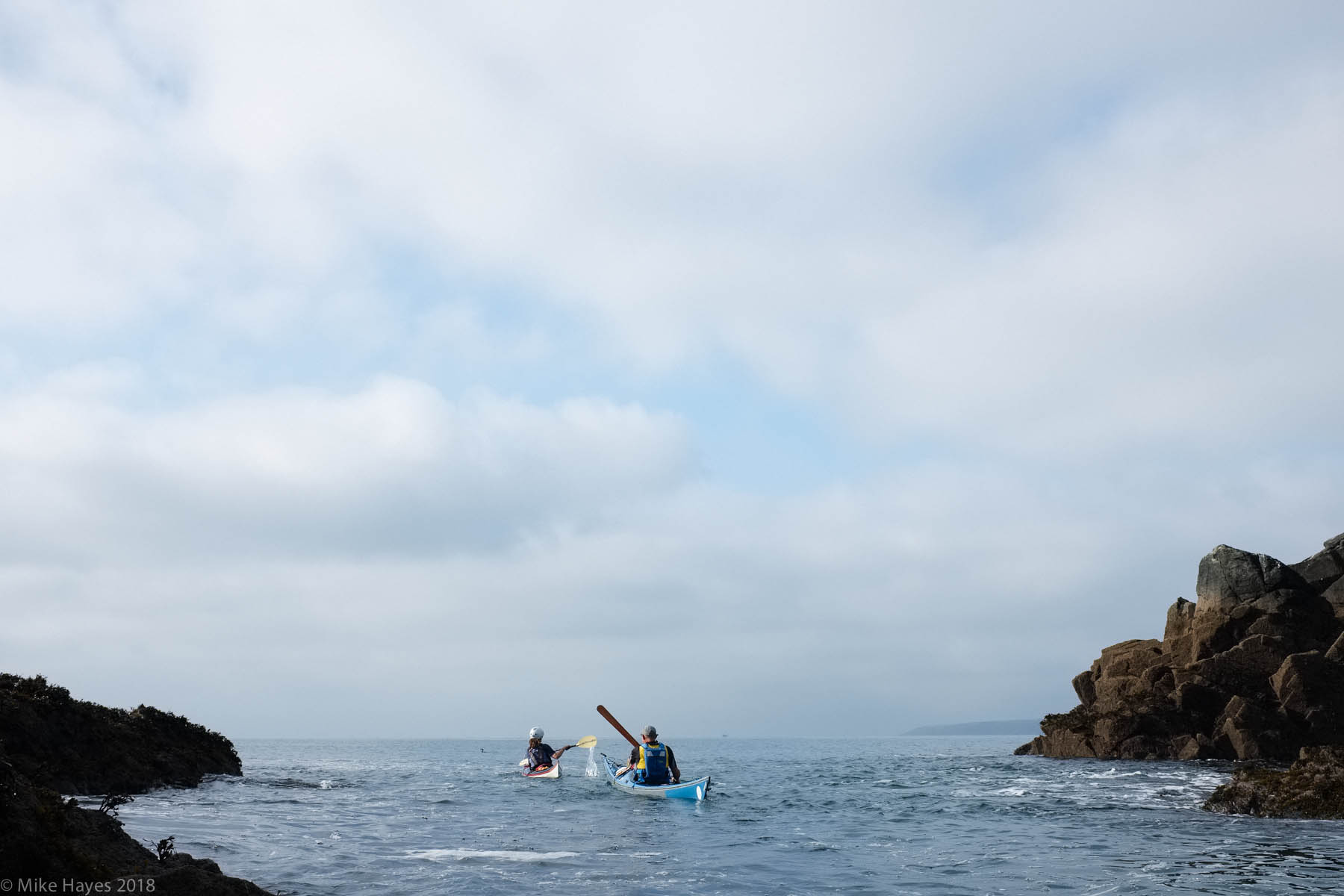 This is near Prussia Cove, just down the road from me. It’s a super bit of coast for exploring and playing, and doesn’t require anything by way of logistics or planning. Easy. 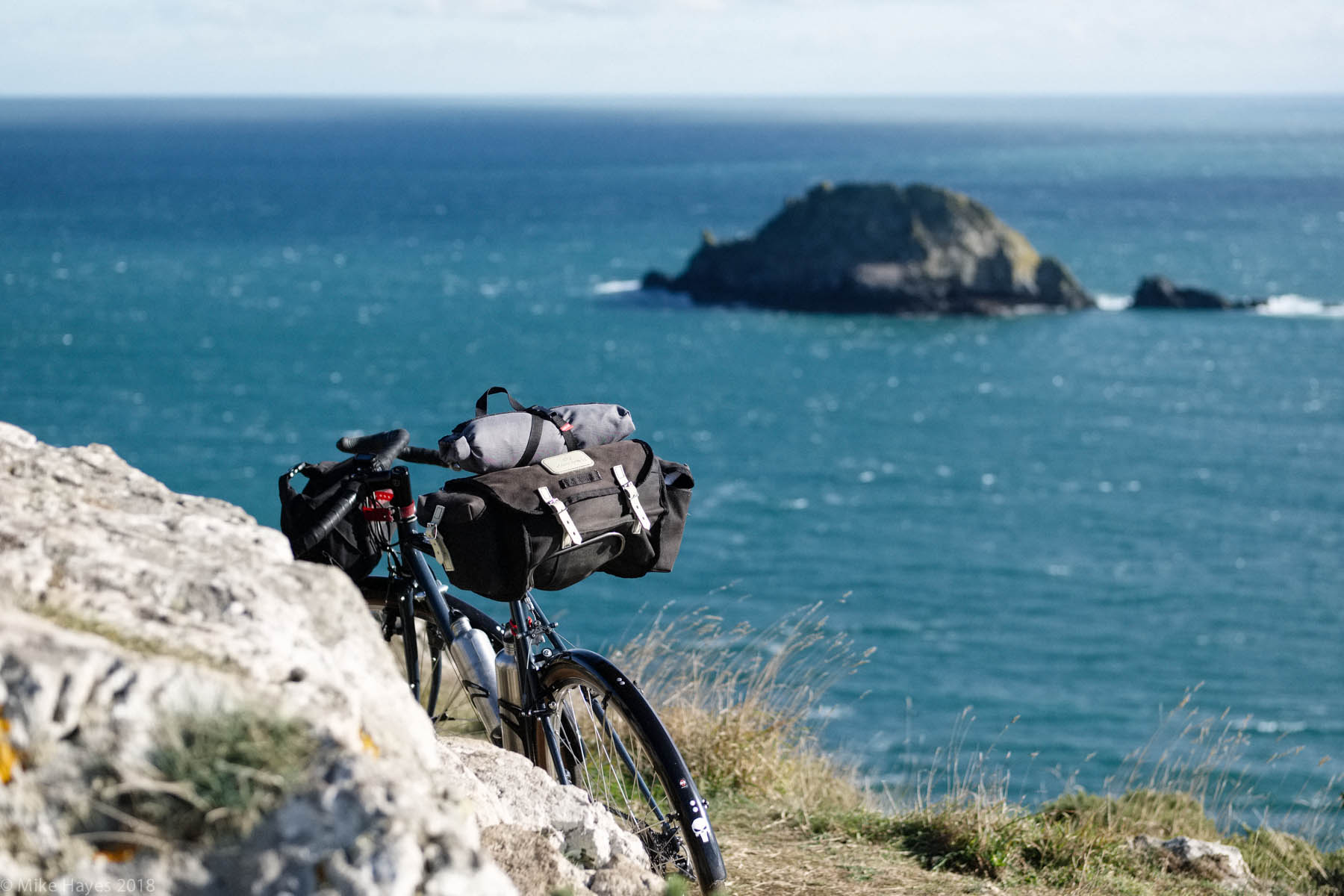 I’m also still finding ‘new adventures’ on my home patch. This place is only about 45km from my front door but I had not ridden a bike out there since I was a teenager hammering around the lanes and paths on my first mountain bike. 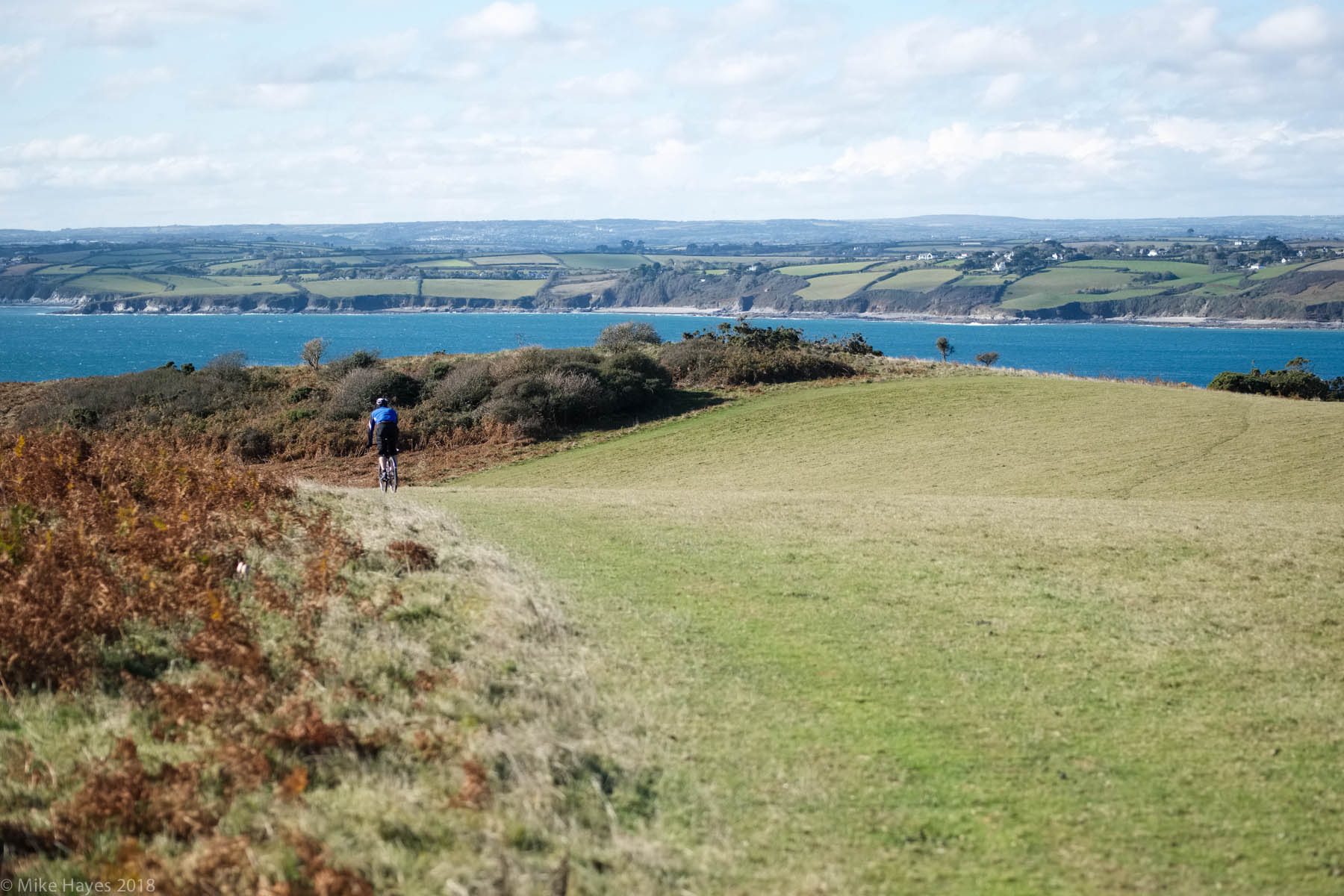 On my way to visit my folks I picked up a riding buddy for part of it and turned it into a fun two-dayer. 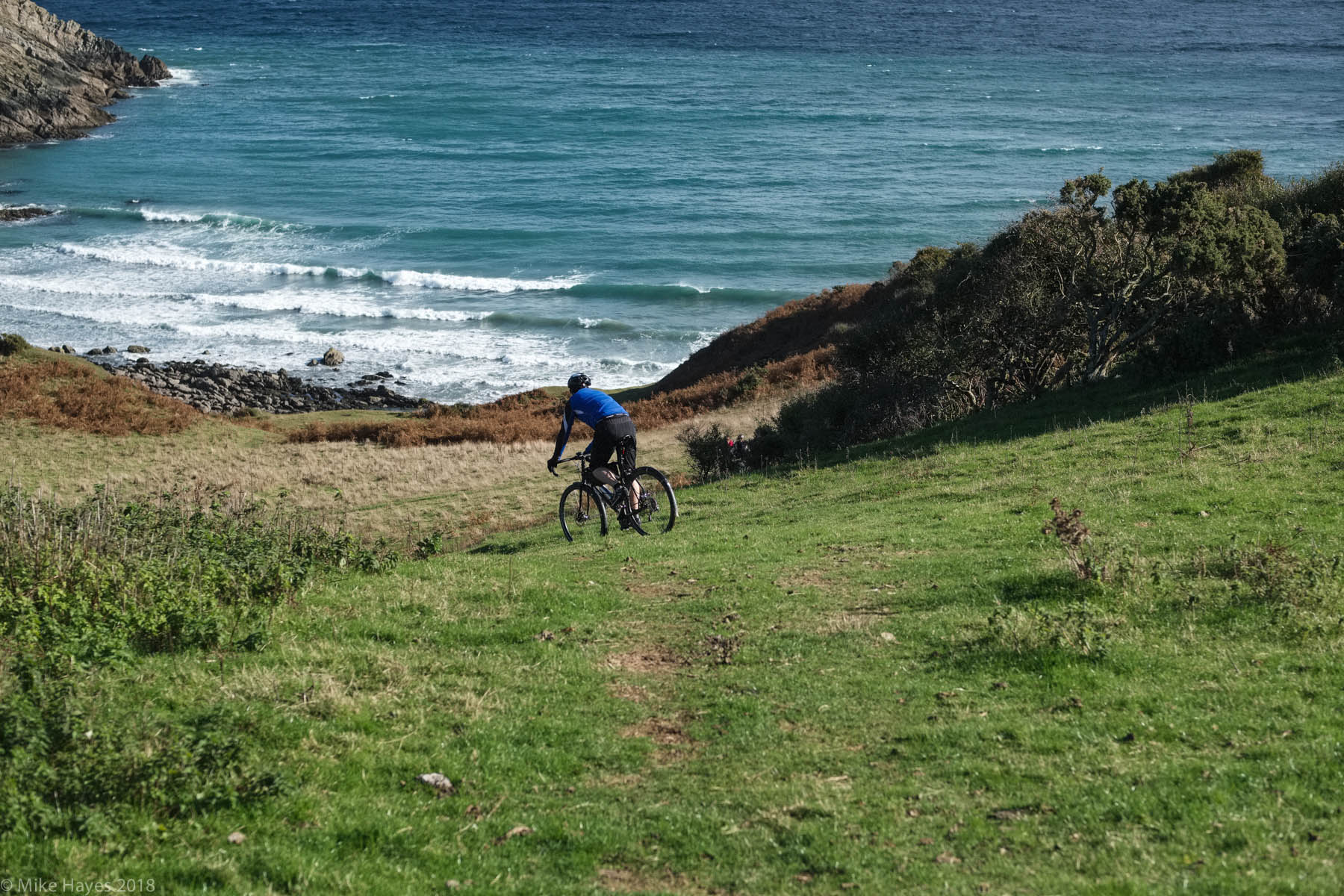 .. and found some spots I had never before explored… 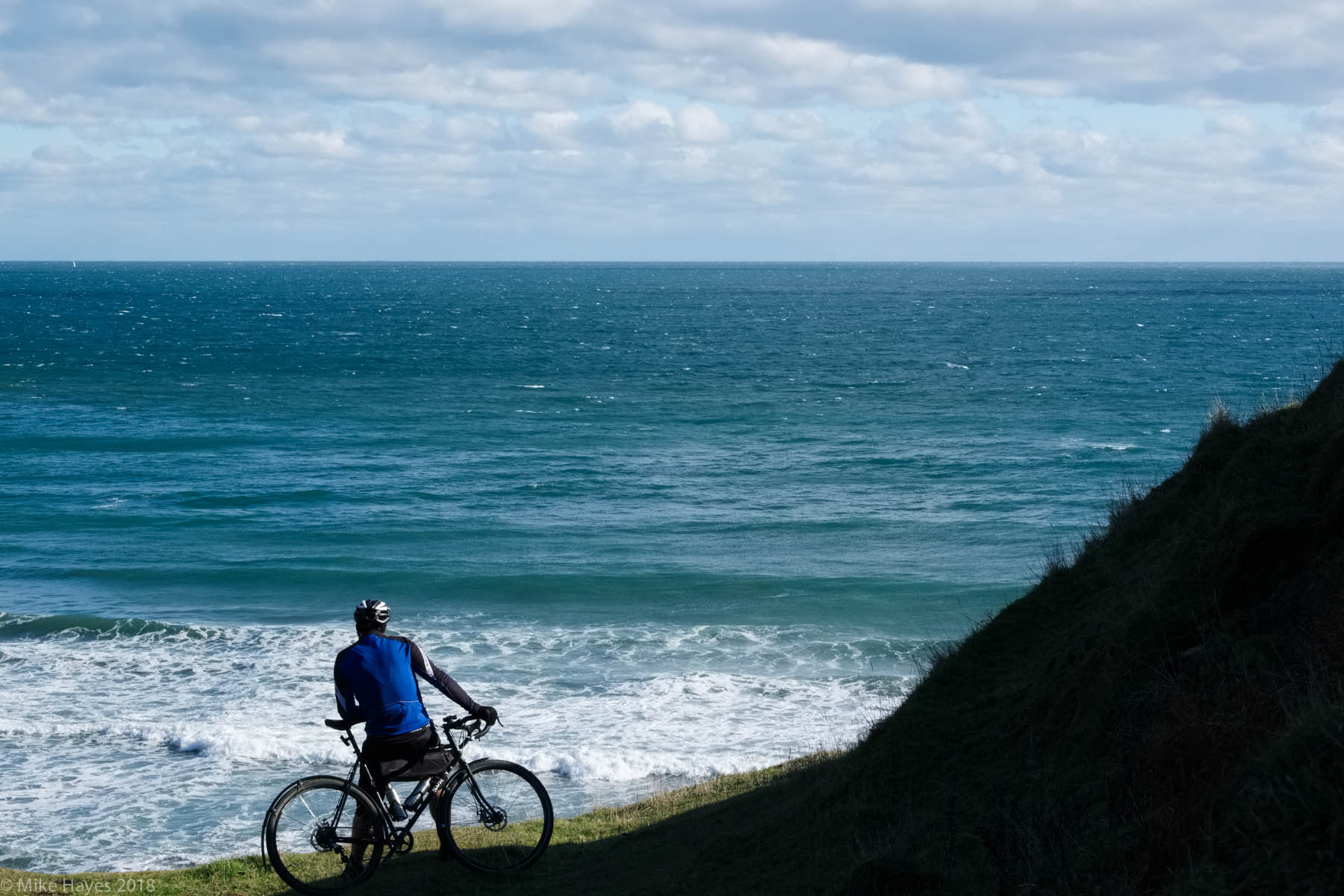 It was a cold, windy day but finding some shelter the sun provided more than enough warmth for an hour or two of contemplation and appreciation…. and making a brew. 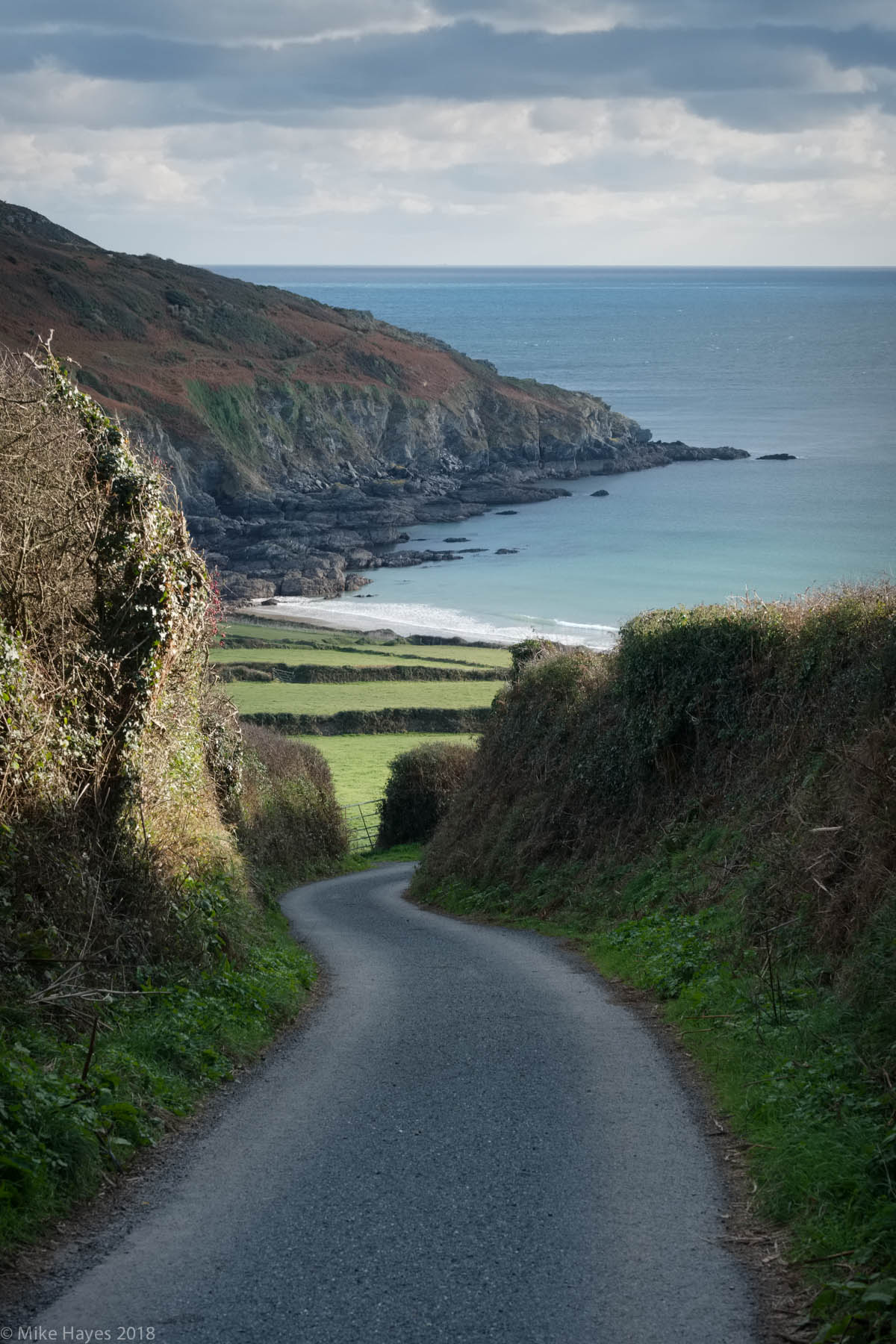 Eventually making my way towards the ‘ancestral home’ by hugging the coast as much as possible via cliffpaths and the frequently steep roads of my childhood; roads of which I will never tire.