Last weekend Cornwall was still very much in the grip of winter, but spring does appear to have since arrived… yesterday the sun was warm, the wind was light and the lanes were fragrant with the scent of flowers.. so a spin out for lunch with a riding buddy was in order.. it turned into an all day, slightly muddy, exploration of Penwith backroads, bridleways and tracks with lunch in the sunshine atop the granite cliffs of Gwennap Head. I wish I’d taken my bivy bag.. I’d probably still be there now. Next time. 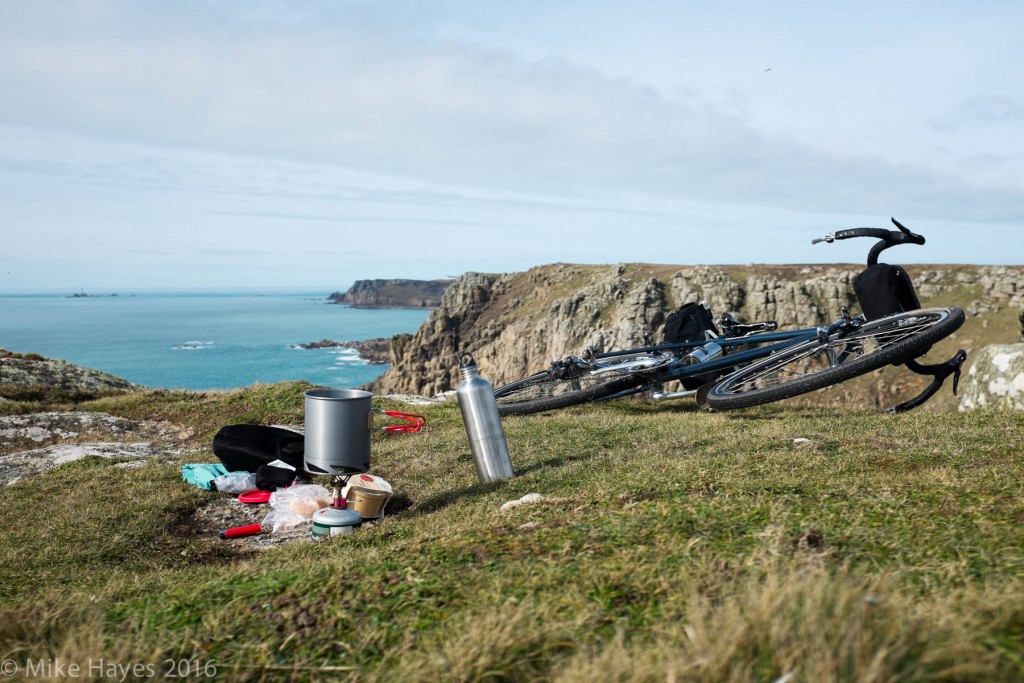 Lunch. I took my Surly Cross Check, it’s currently in touring trim with 41c marathon dureme rubber on – which actually manages OK in mud, kind of cuts through it rather than skating about on top like fatter rubber. 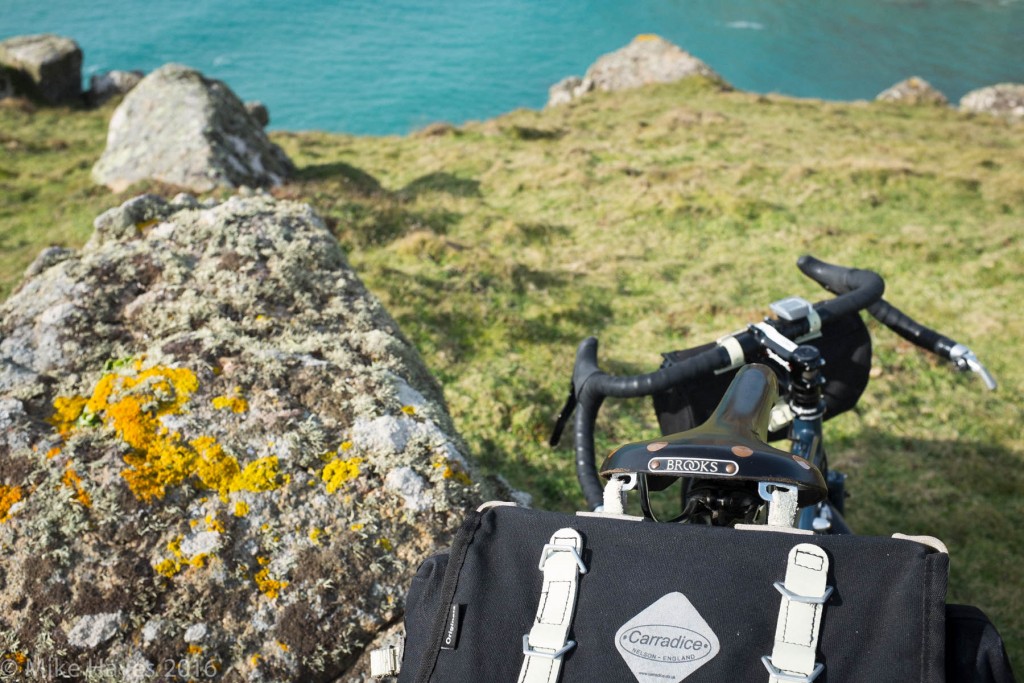 Possibly something of a hipster cliché these days sadly –  but it is very functional.. Carradice Barley saddlebag has just enough room for a stove, kettle, down jacket, some food, camera etc. Just the job for when you want to take things more slowly. 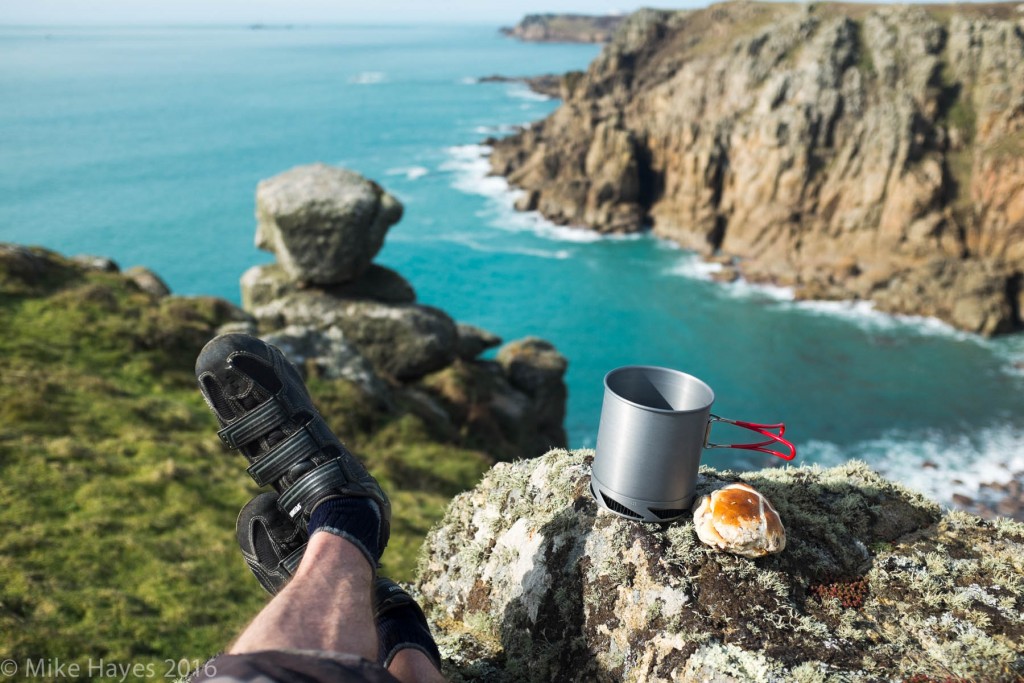 My 20 year old self would probably have thought of my current self as a bit of a numpty.. I was racing obsessed and with little time for more beardy pursuits such as touring. I still love days hammering flat out on skinny rubber and more competitive pursuits. .. but have since matured, or aged rather (!), into a more ‘well rounded’ cyclist.. figure of speech, I’m not round at all, still lean as .. or aged for that matter… :-) 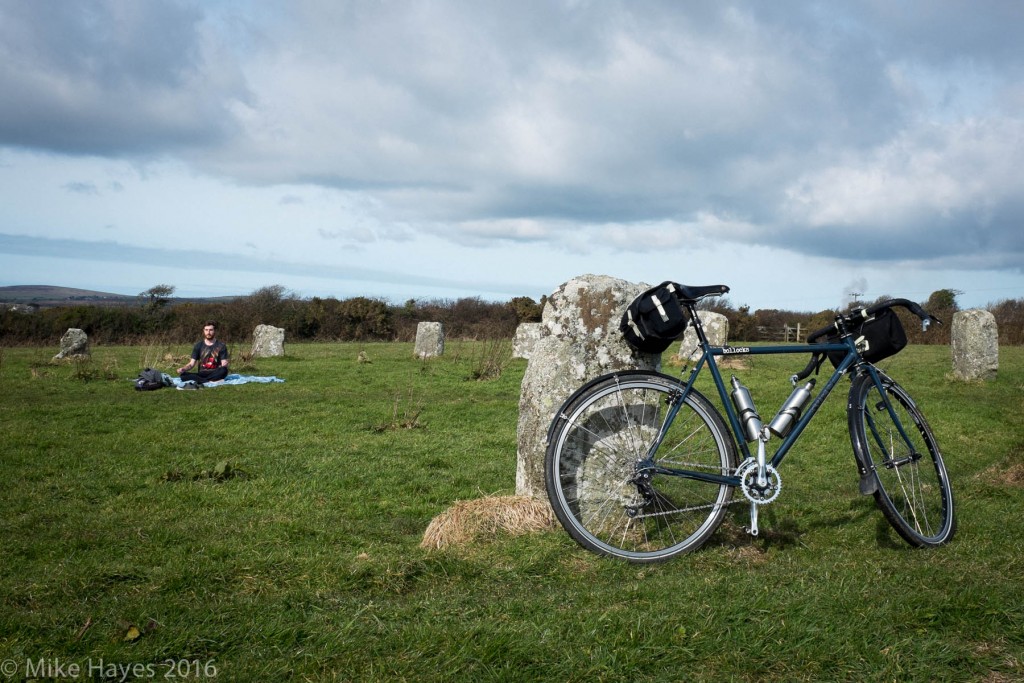 one of the many neolithic stone circles / monuments that dot the countryside around here. This one was inhabited as we rode through… quietly(ish) so as not to disturb his meditation… 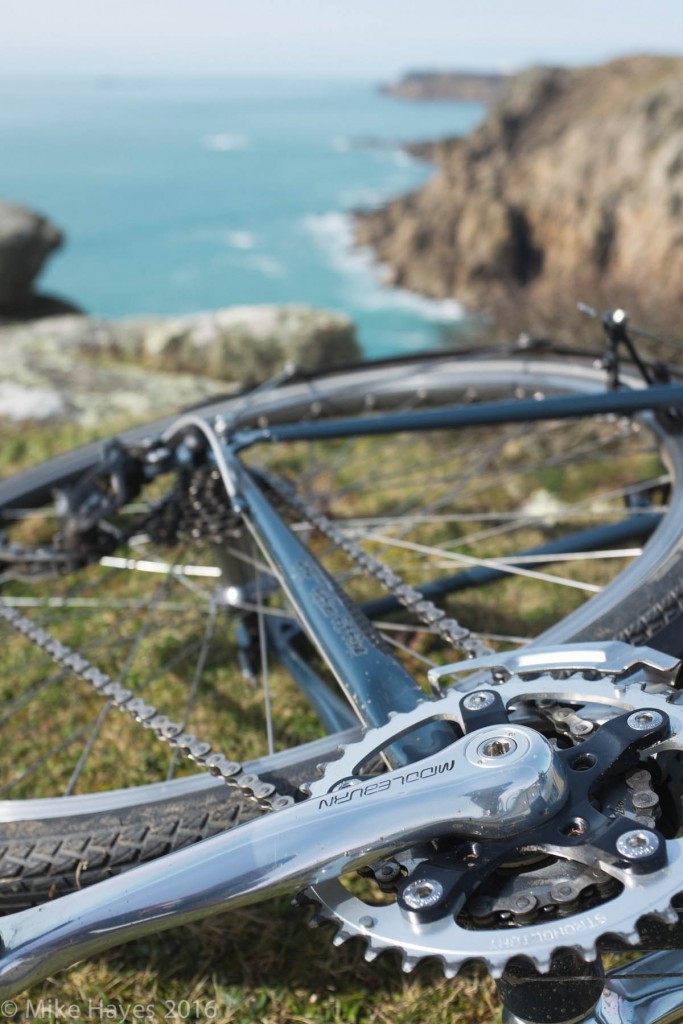 I’ve been playing with ratios, my Cross Check currently has a lovely Middleburn square taper crank on with 22-38 rings.. with an 11-28 cassette at the back it gives me an almost straight through set of ratios with no overlap between rings.. low is plenty low enough for carting a camping load up steep climbs while high is still plenty high enough for a relaxed 50km/hr cruise. Don’t really need to go faster on a touring bike. For normal riding around without much load it is to all intents and purposes a single-ring setup. The inner ring is stainless and now I’ve found my ideal outer rings size that will shortly be a stainless ring too. I did have to do quite a bit of fiddling with front mechs and BB axle lengths  – it’s a road crank, but with mountain hubs the chainline is a little further out, and I had problems with the front mech cage fouling the chainstay and/or crank.. the best solution has turned out to be a 10 speed triple (despite it being a 9 spd drivetrain – the friction bar end shifter means chain rub isn’t a problem) with some minor file and hacksaw surgery. It works great.