I find that when I have a difficult coding problem inspiration often comes from entirely unrelated activities… I’m in a cafe on the plaza in Arequipa this morning writing code which is of course why I’m playing with pictures and scribbling a quick blog post. Well, that is my excuse for now. It is almost lunch time too.

I’ve been in Arequipa almost a month now, not quite sure where the time has gone but what with improving my Spanish, catching up with some work, and spending time with friends the time has passed very easily. The chest infection that caused so much grief  has just about gone, at last, but with little time left for any more meaningful journeying on my bike I have instead been enjoying some of the local trails with friends. 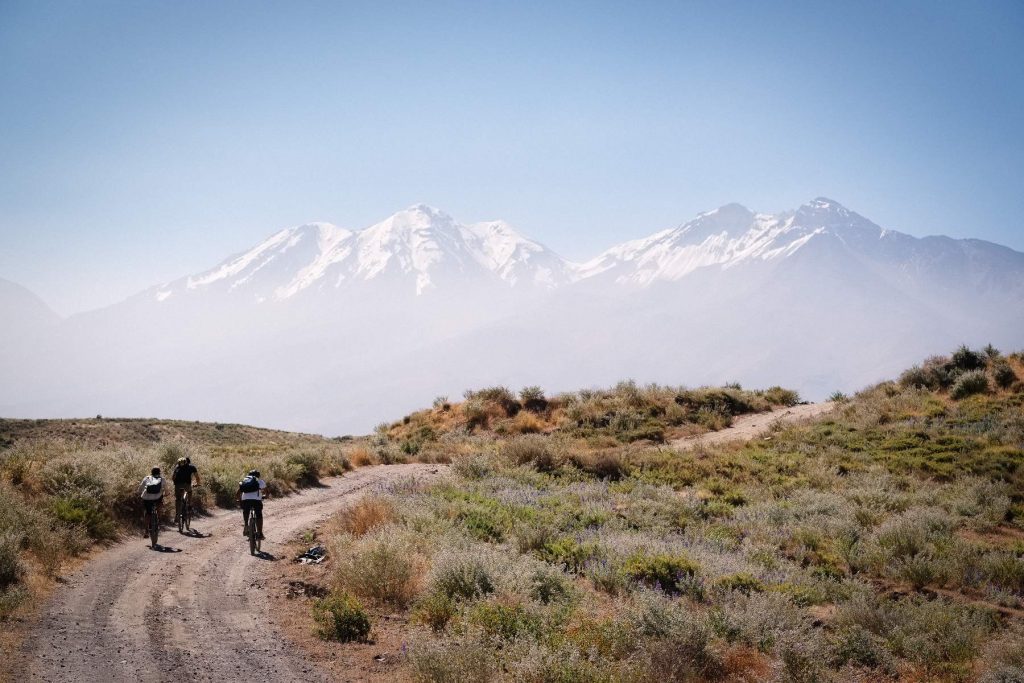 Climbing towards Misti with fine, if hazy, views of Chachani

There are some super riding opportunities around Arequipa with just one caveat.. just about all of them involve some significant climbing to access.  For example the trails to the east towards Pichu Pichu are superb but it is a long, hot slog of about 800m elevation gain out of the city, past the piles of garbage and the occasional festering dog carcass to access them, followed by a stack more climbing on mixed surfaces of rocky tracks or soft volcanic dust. Still, there are no rewards without some work.. and it really is worth it, especially to get away from the smoggy air in the city – it’s been causing some asthma issues that pretty much disappear once back above 3000m.

In other news, bit of an earthquake last night, https://earthquake-report.com/2017/07/18/very-strong-earthquake-near-coast-of-peru-on-july-18-2017/, not serious, a 6.3. Happily no-one killed, but the Pan American highway north to Lima is closed at the moment by cliff-falls. The locals here keep saying they’re expecting a ‘big’ event in the near future. There’s been an increase in volcanic activity and the general feeling is that something is due. 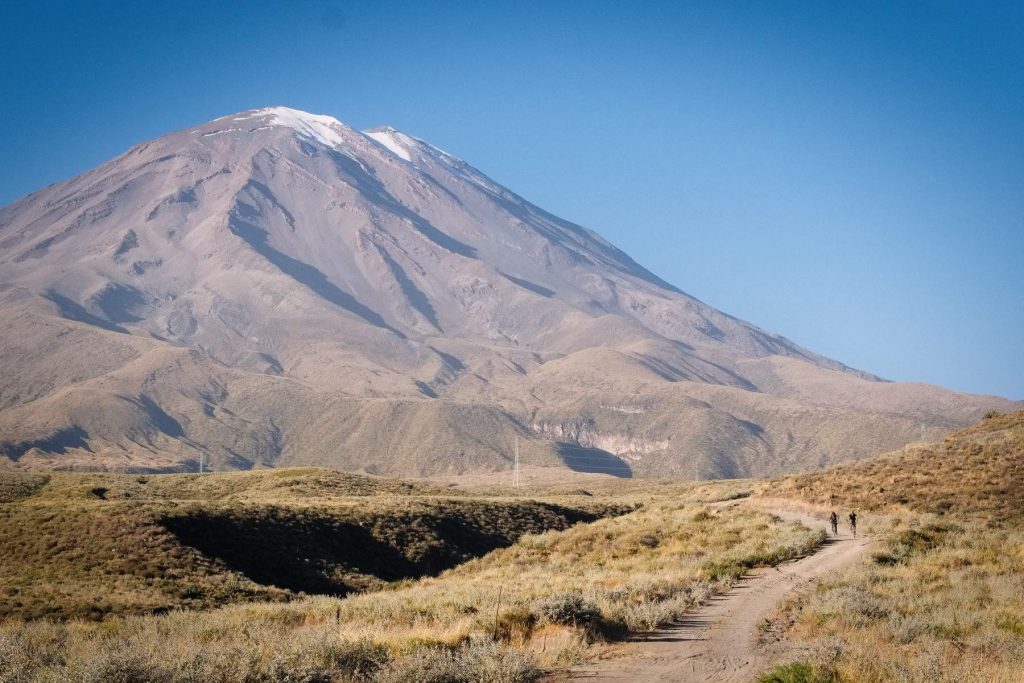 El Misti. About as close to the perfect volcano I’ve had opportunities to play on. 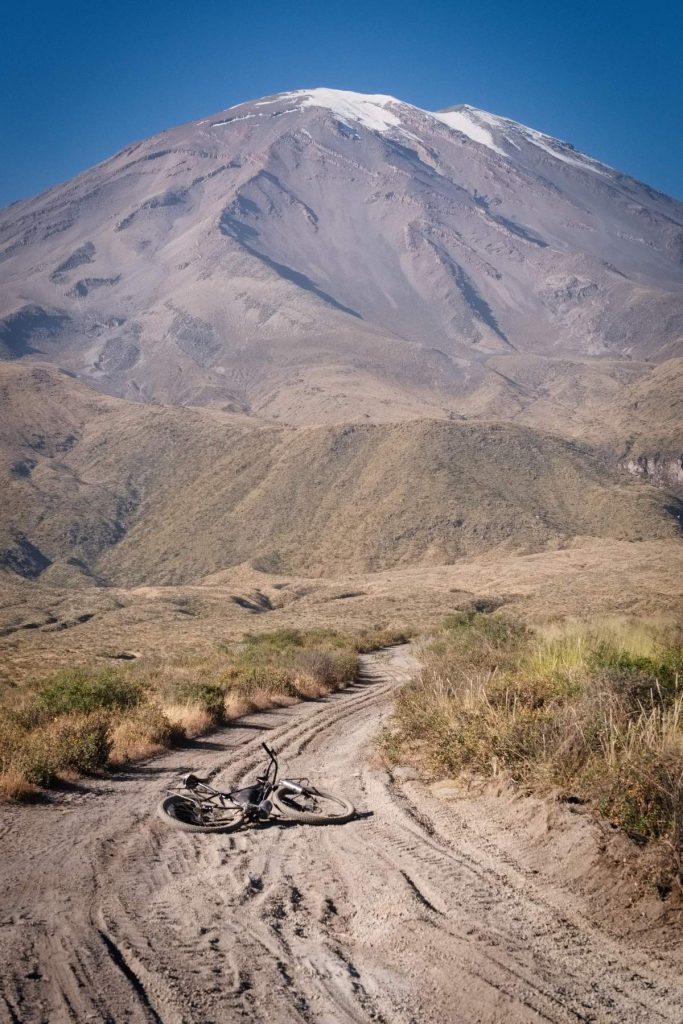 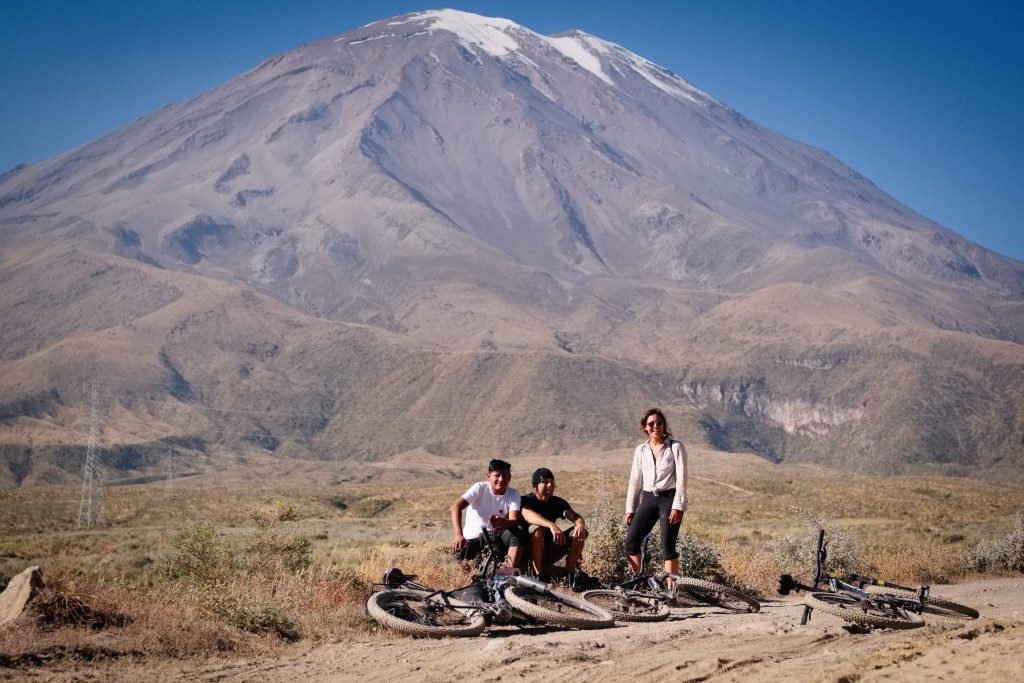 Two-wheeled friends… a top quality posse of Peru, the US, Netherlands, and of course the UK 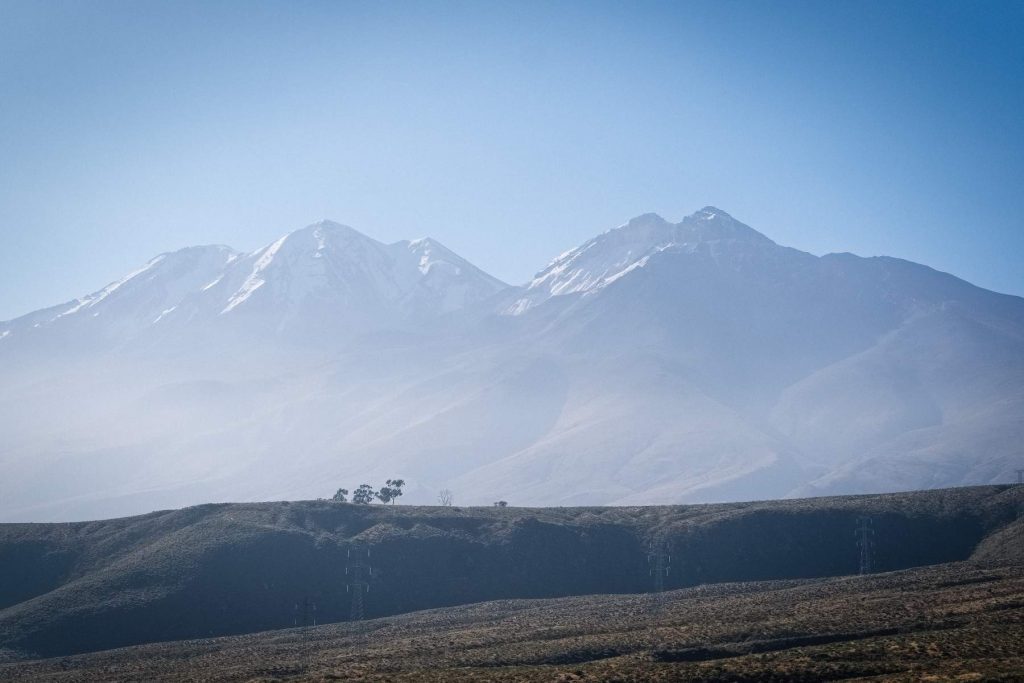 Views to Chachani (6057m). There used to be between 6 and 8 distinct craters apparently, but these days only one remains, the rest having collapsed. The mountain still represents a threat to Arequipa. 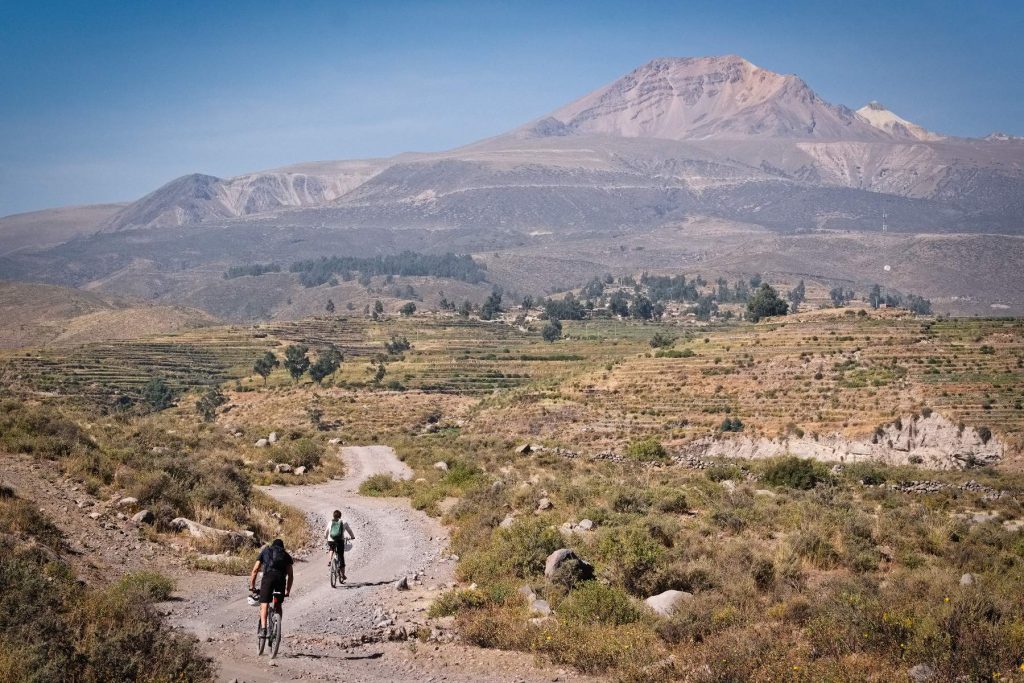 Heading in a different direction… fine trails pointing east towards the ancient volcano of Pichu Pichu. It last erupted 6.7 million years ago. El Misti on the other hand last erupted in 1985… 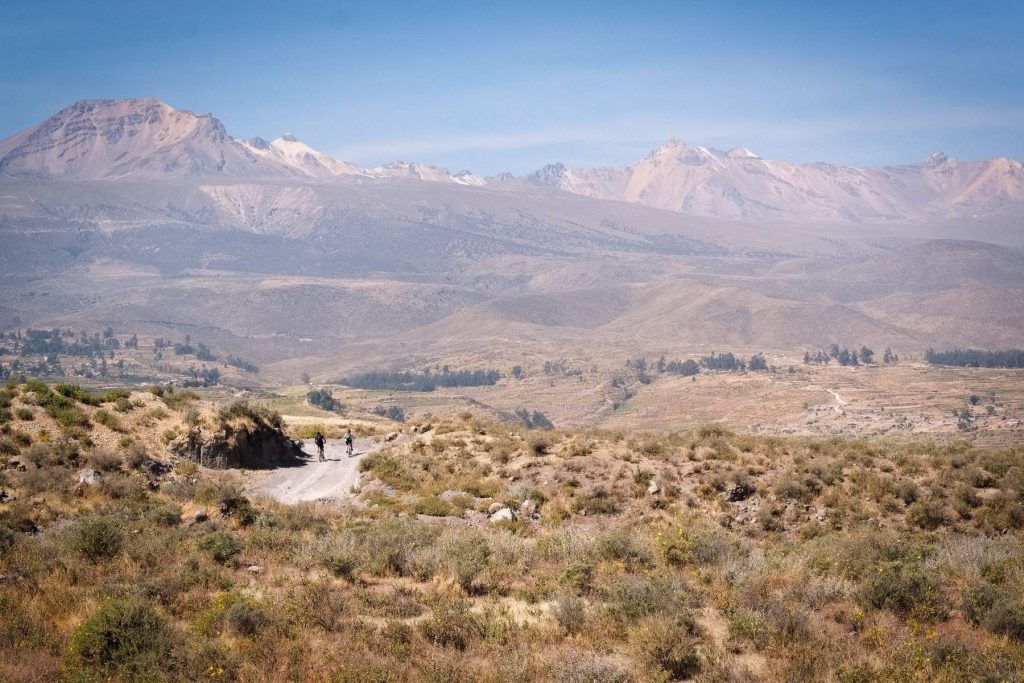 This was a super day, only about 60km but we took all day over it. 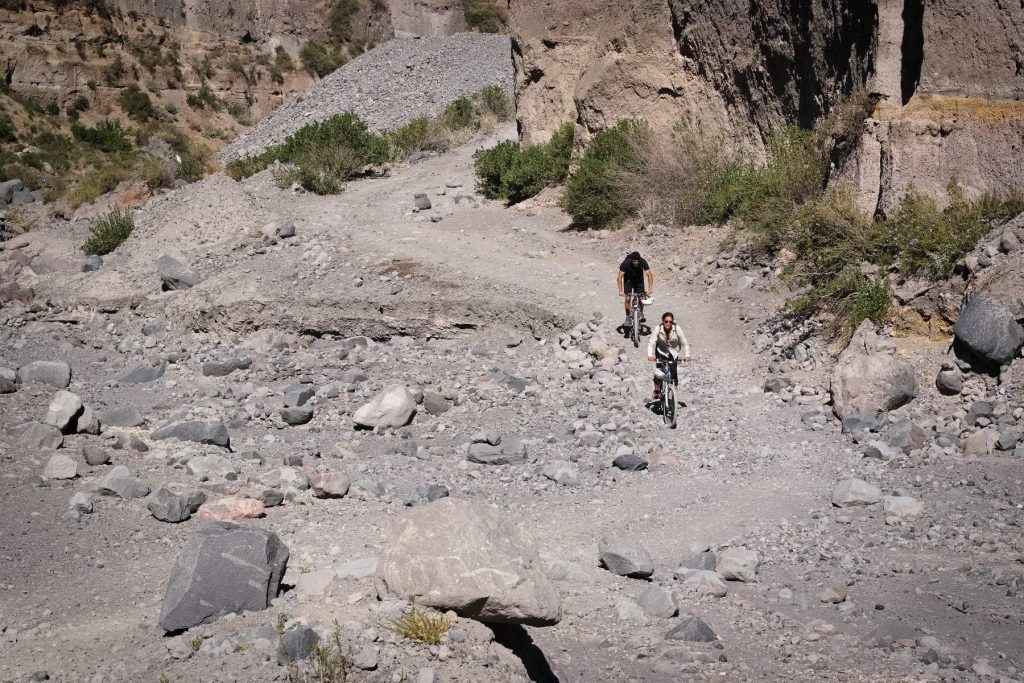 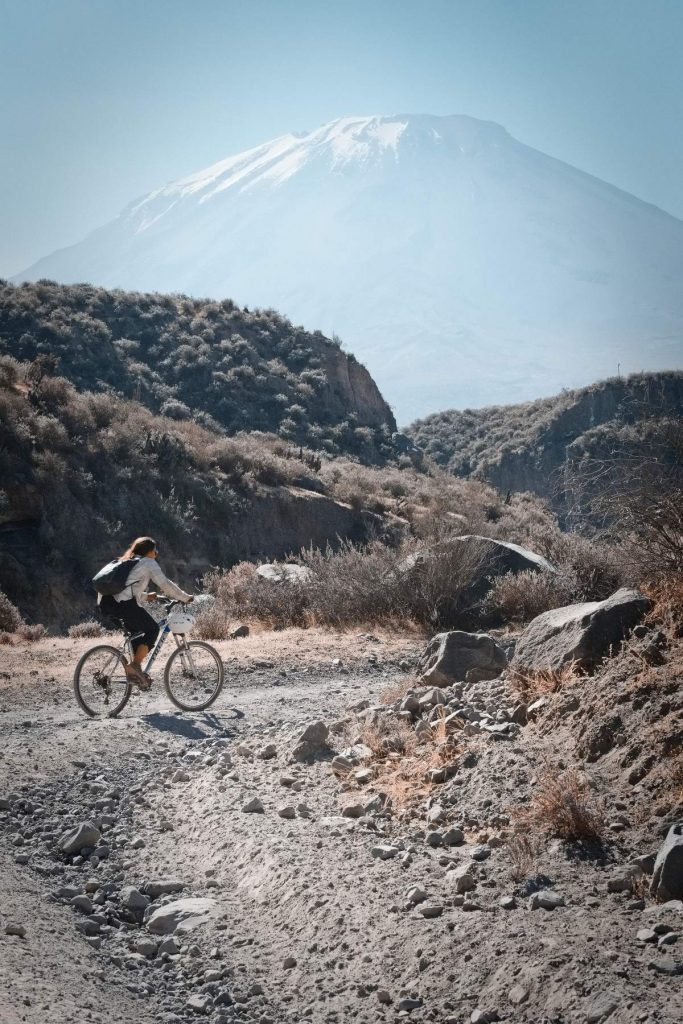 ..and always in the shadow of the surrounding volcanos. 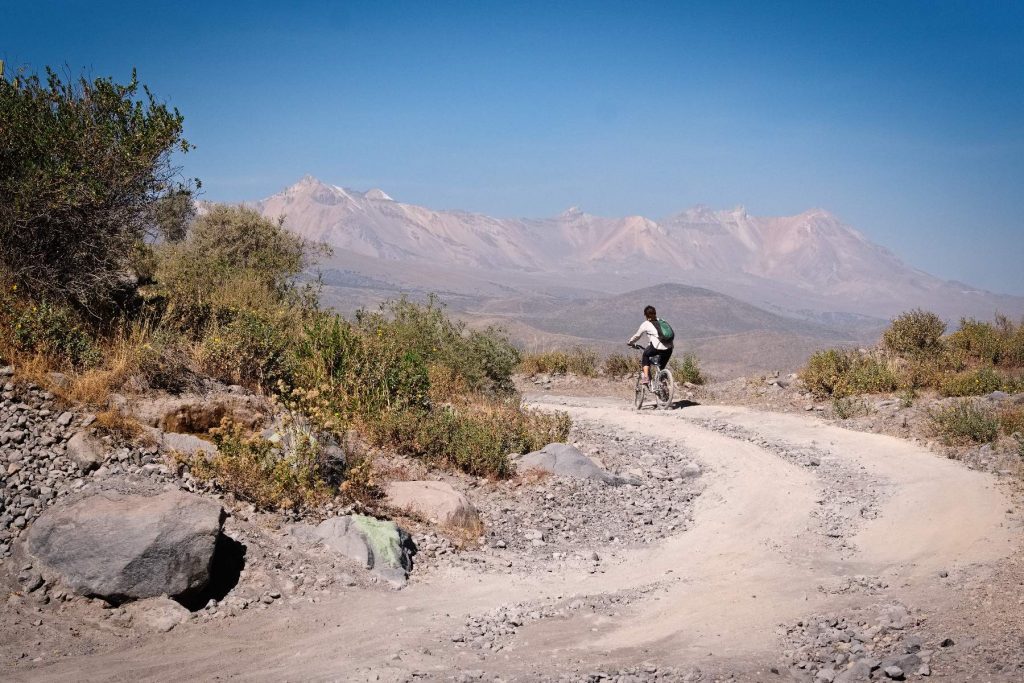 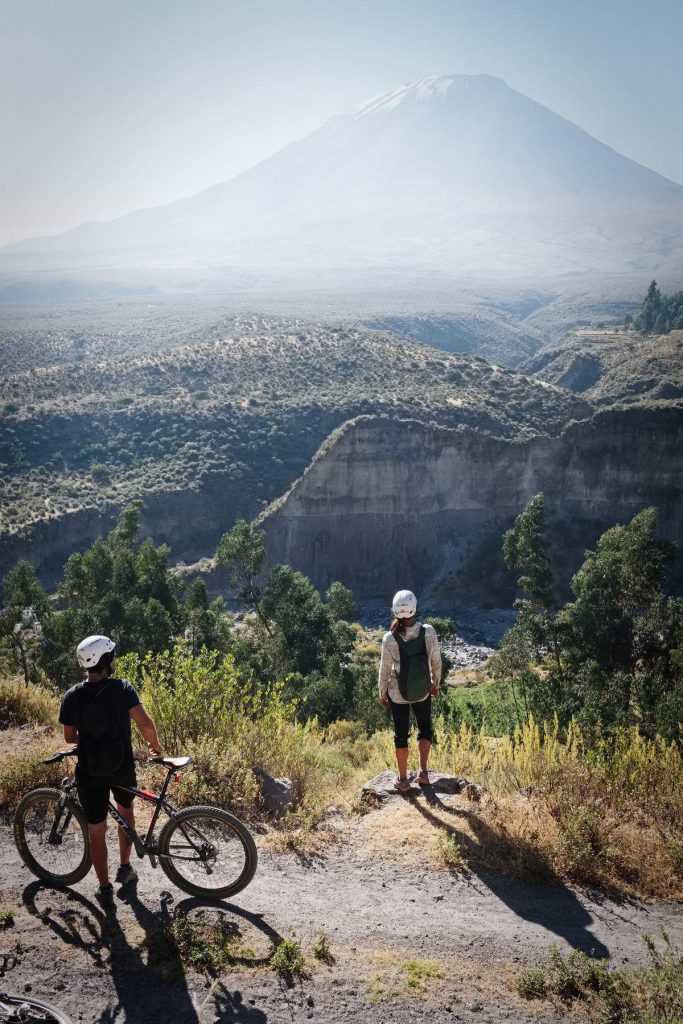 A moment to reflect… it is peak dry season now so a midday sun and dusty atmosphere keeps things a little hazy at times. 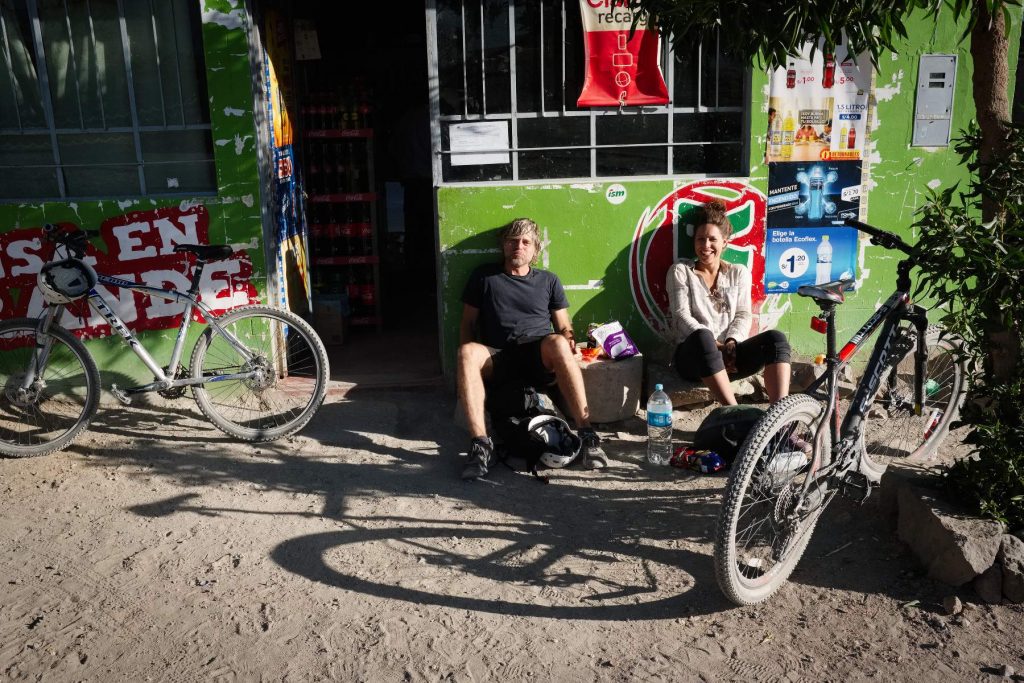 Refreshment stop in the pueblito of Chiguata.