The ride from Agdz was an easy one with very little in the way of significant climbing, 30km south through the date palms and oasis villages of the Draa Valley and then just 40km east across a rocky, sun baked plain with the peaks of the Jebel Sahro on my left and a further dark and heavily eroded massif on my right. I stopped for tea at the turn feeling somewhat less than brilliant, and on arrival in N’kob felt significantly more buggered than I should have done after such an easy morning of riding… A couple of days later am still here feeling somewhat  ropey. I picked up a cold with a minor chest infection, I suspect from the schoolteachers kids in Agdz. Being asthmatic I’ve learned  to be extra-careful when it comes to riding with any kind of infection in my upper respiratory tract.. there’s a real risk of it becoming entrenched so for the sake of a couple of days off and shortening my planned route slightly I stayed put. It’s no big deal, bicycle travel is just like that sometimes. N’kob is a friendly enough place and I can get coffee… also got some wifi and time on my hands for reading.. and a quick blog post. Hopefully back on the road tomorrow… in the meantime a few snaps of the place :-) 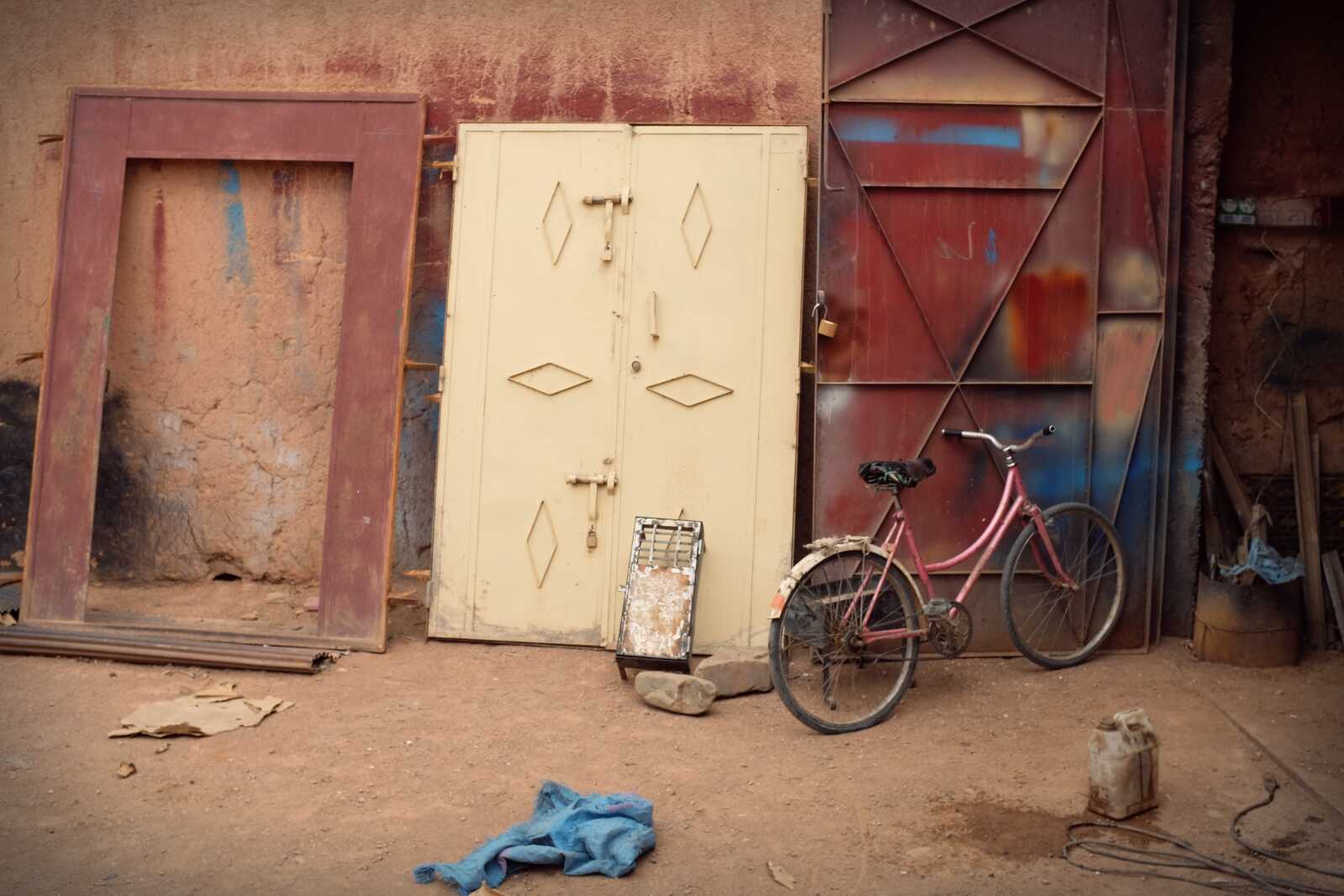 N’kob. I make no excuses for the fact that a lot of my photos include bicycles. Bicycles are just… better. 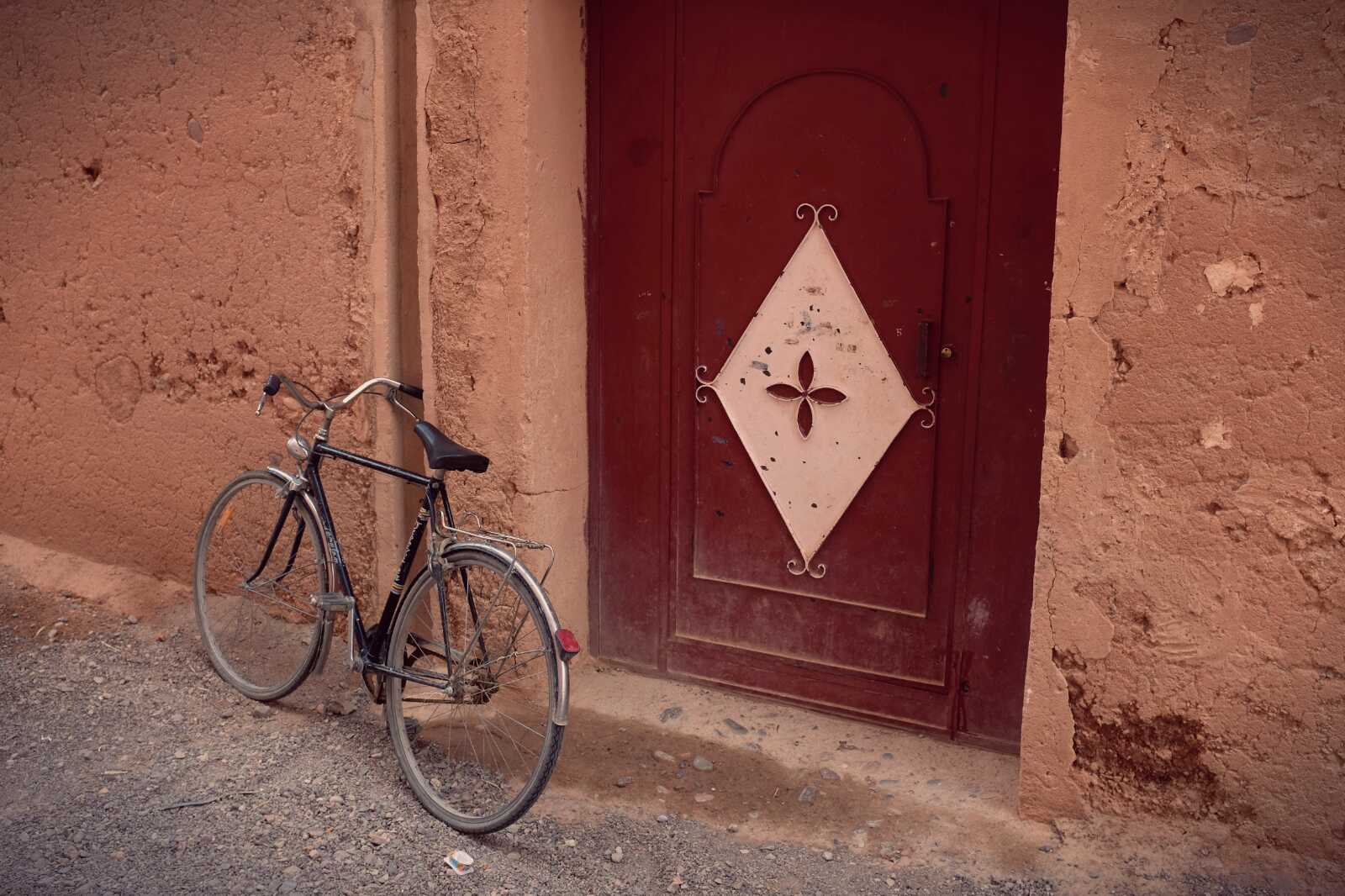 N’kob… there are in fact an awful lot of bicycles here.. to the extent they may outnumber motorized forms of transport, which is a very good thing indeed. 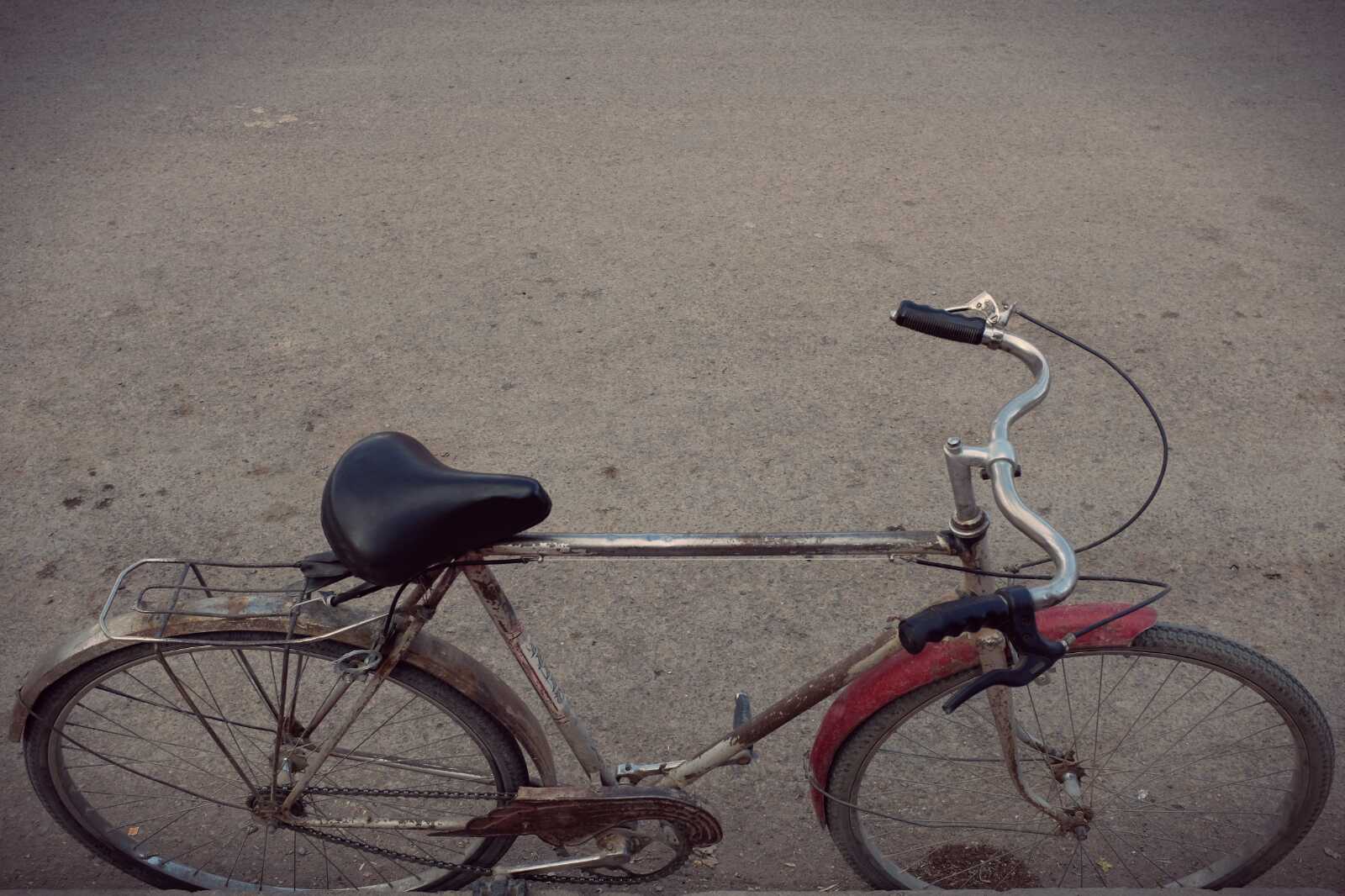 to a bicycle nut like me there are some quite groovy old roadsters around. 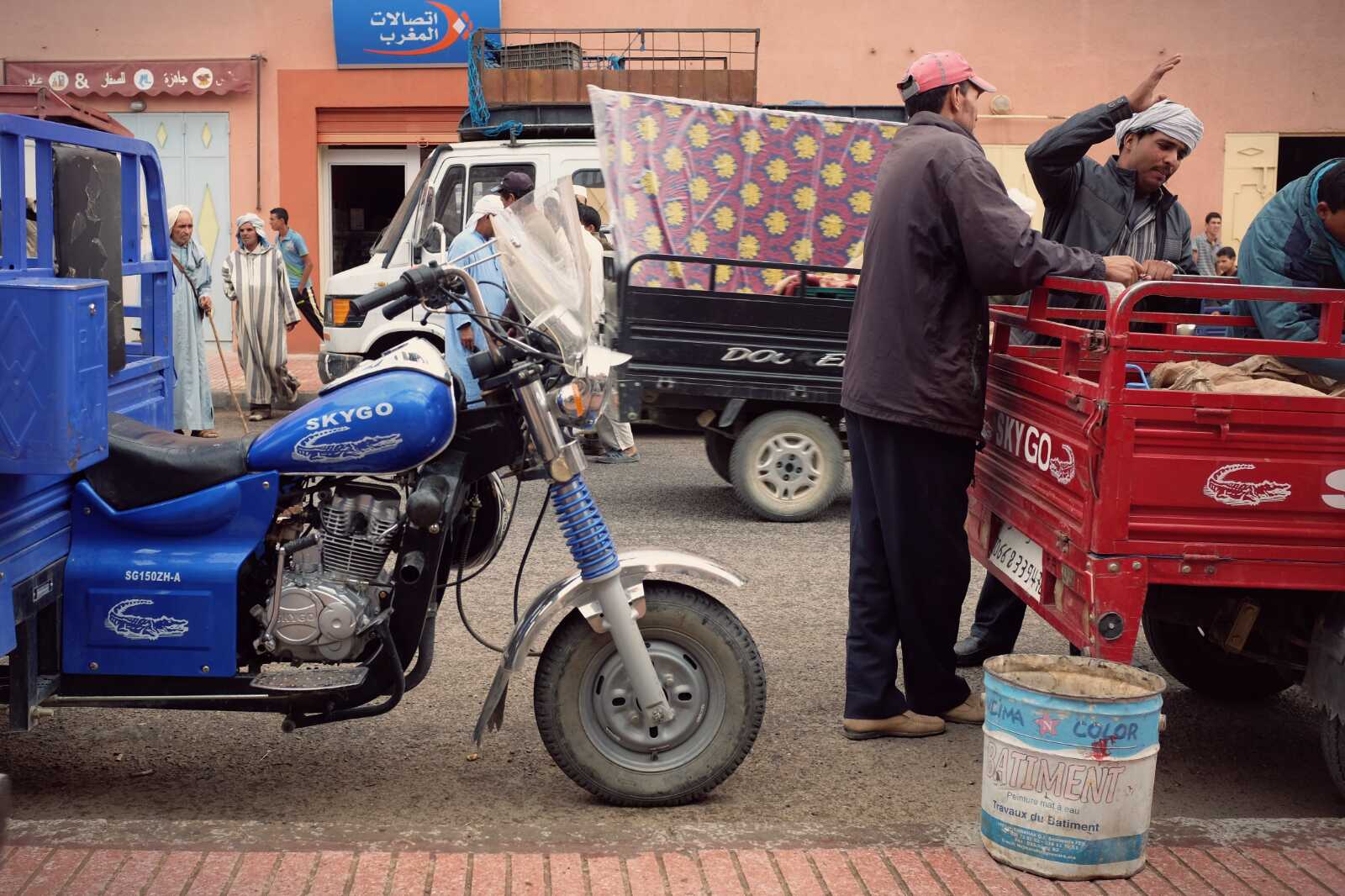 There are also a number of these 3-wheeled motorcycle pickups which are quite neat. 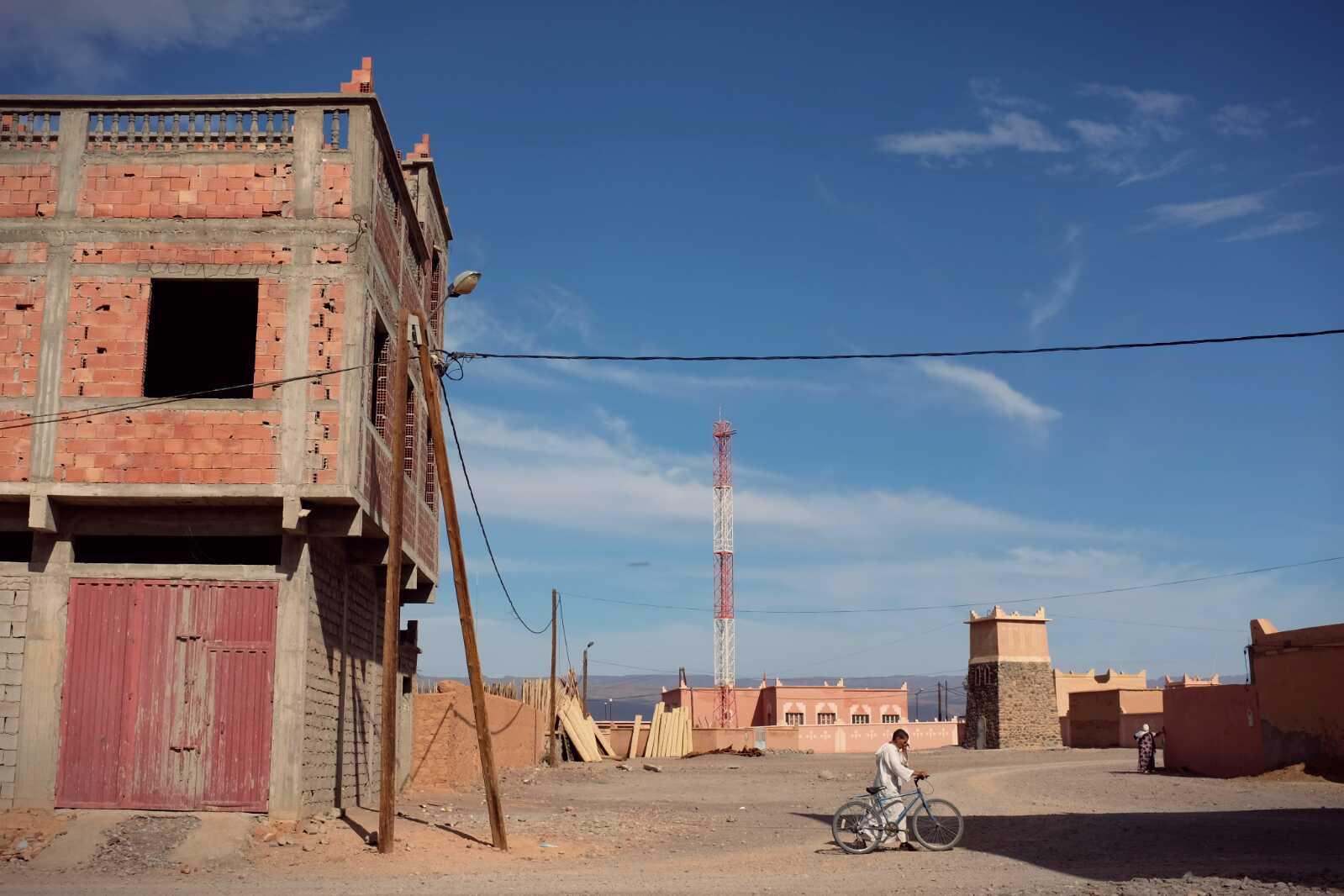 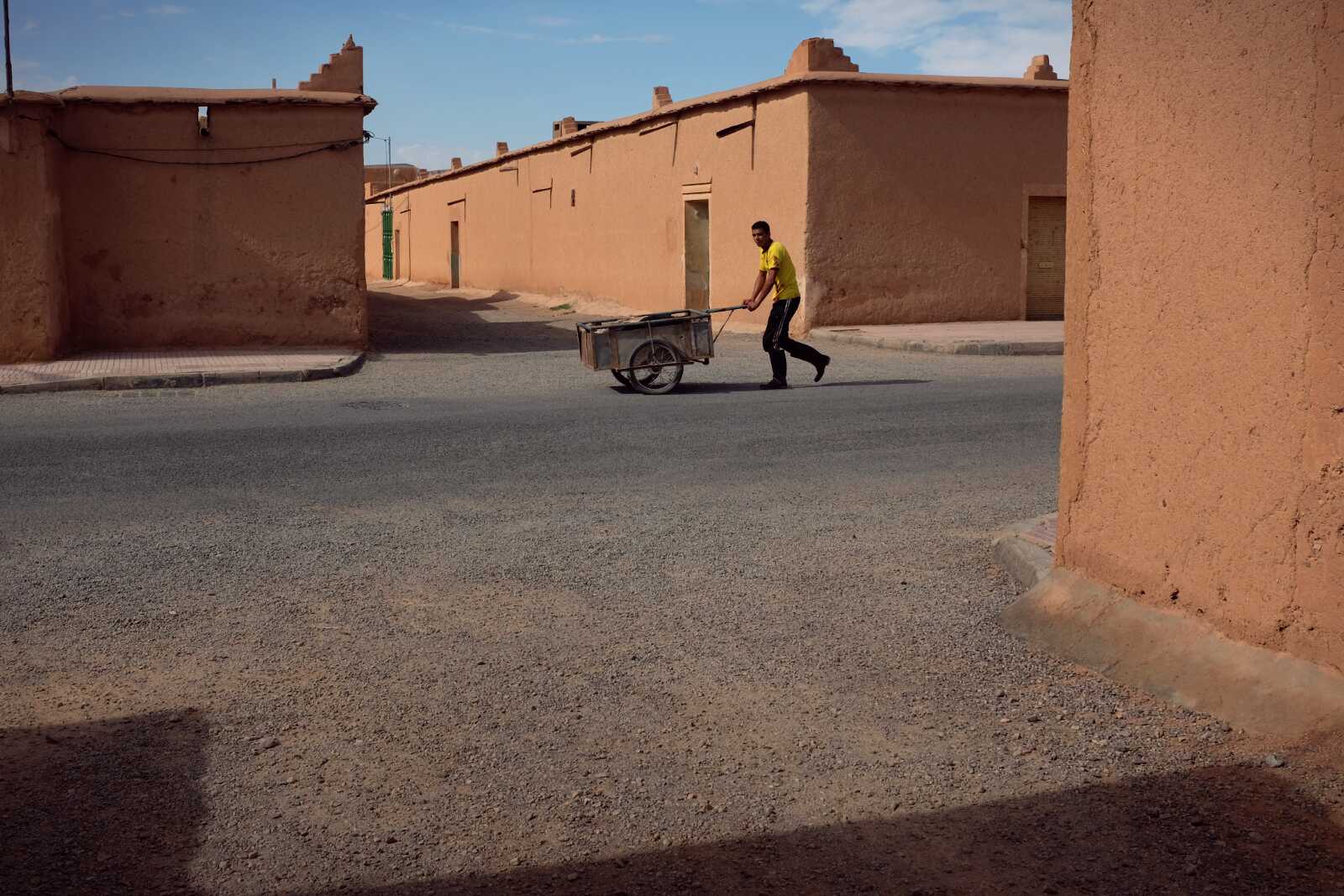 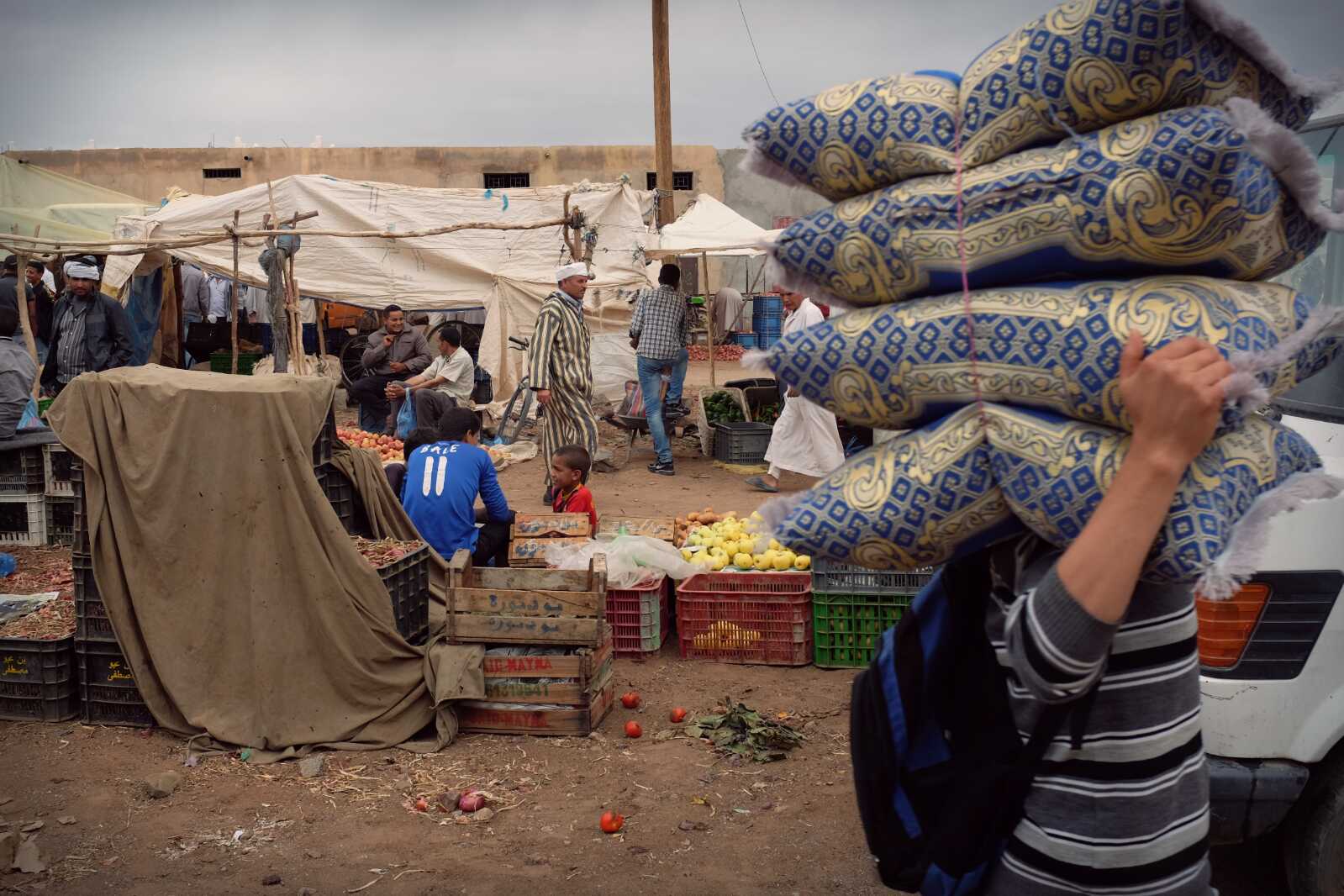 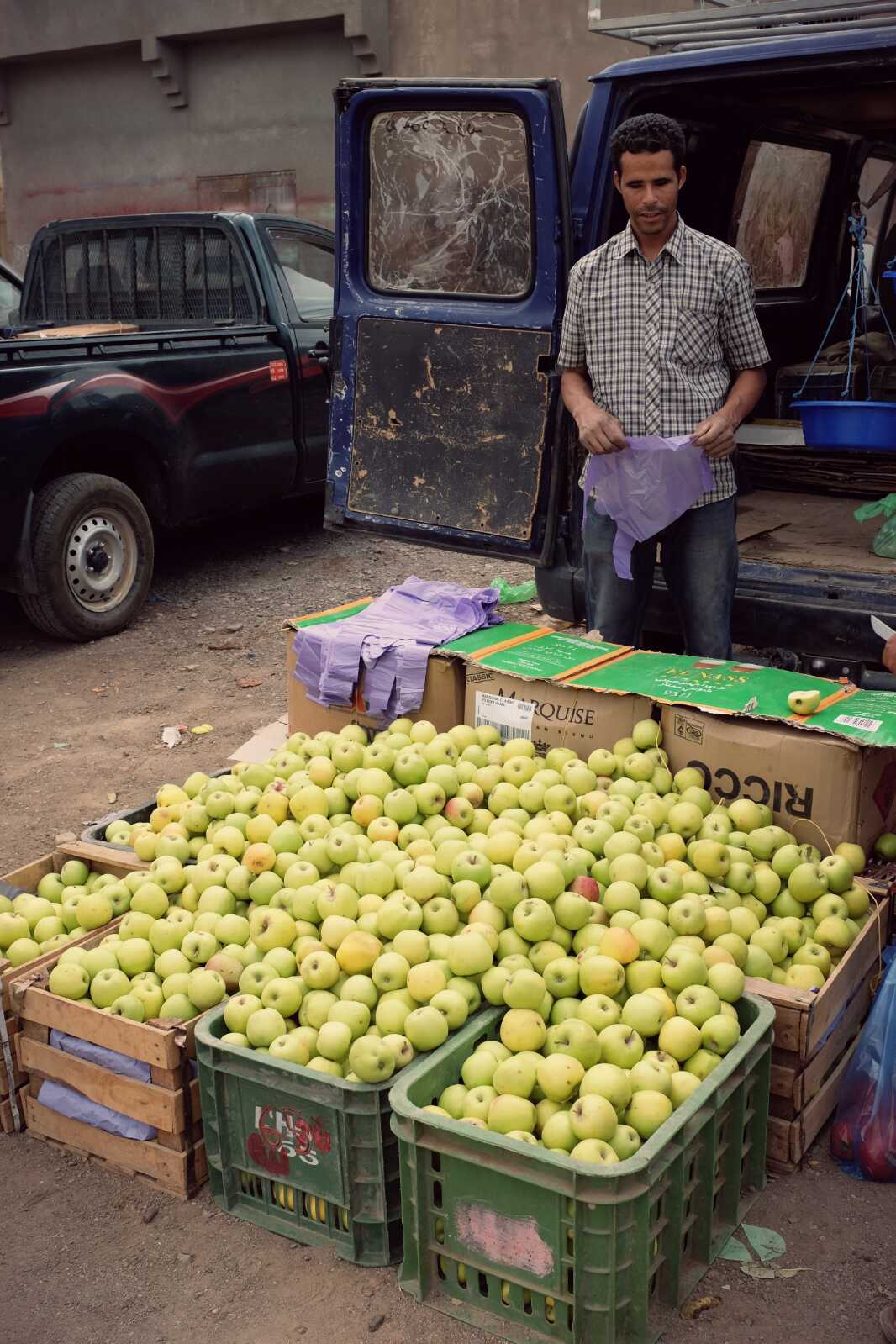 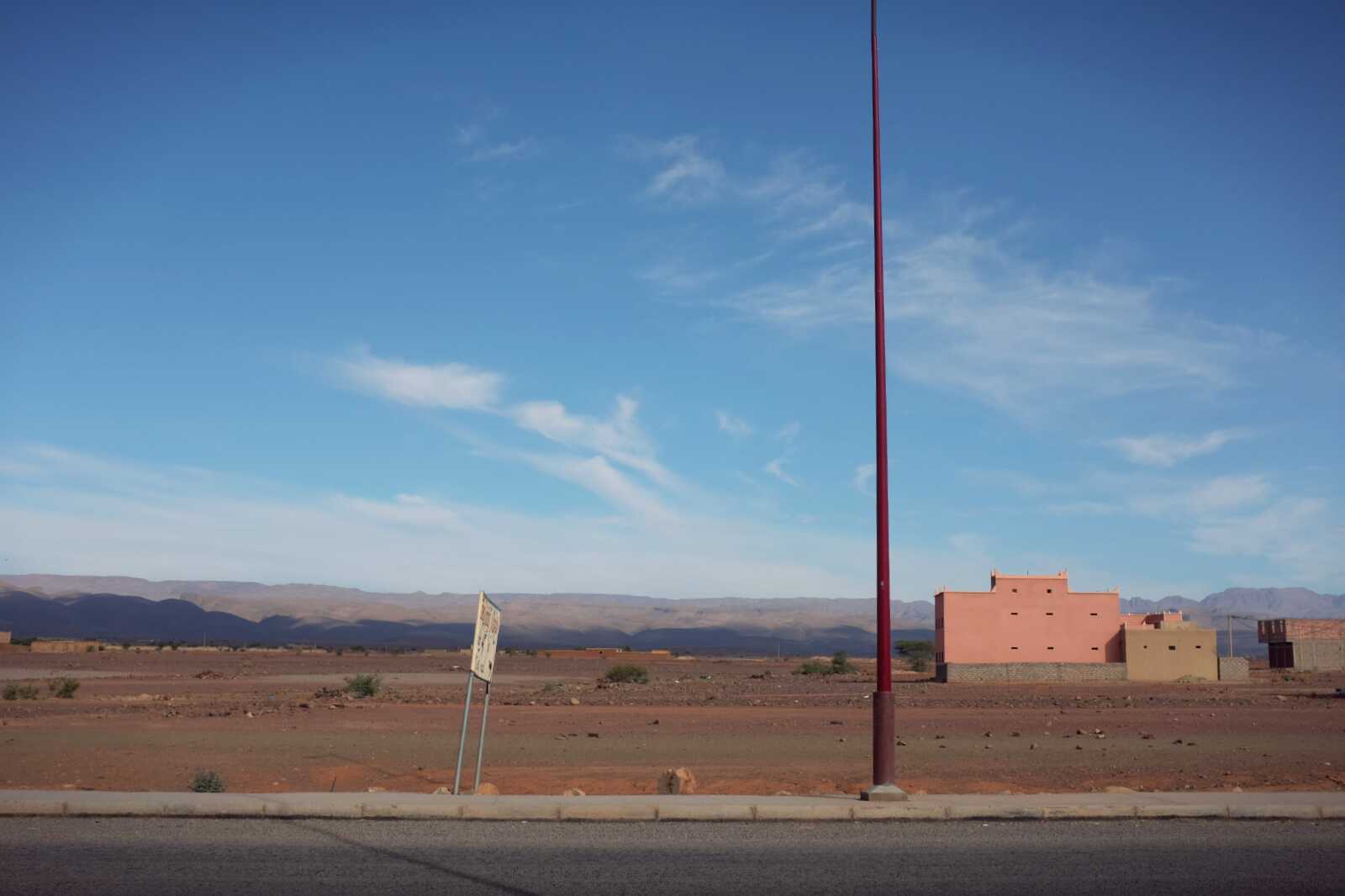 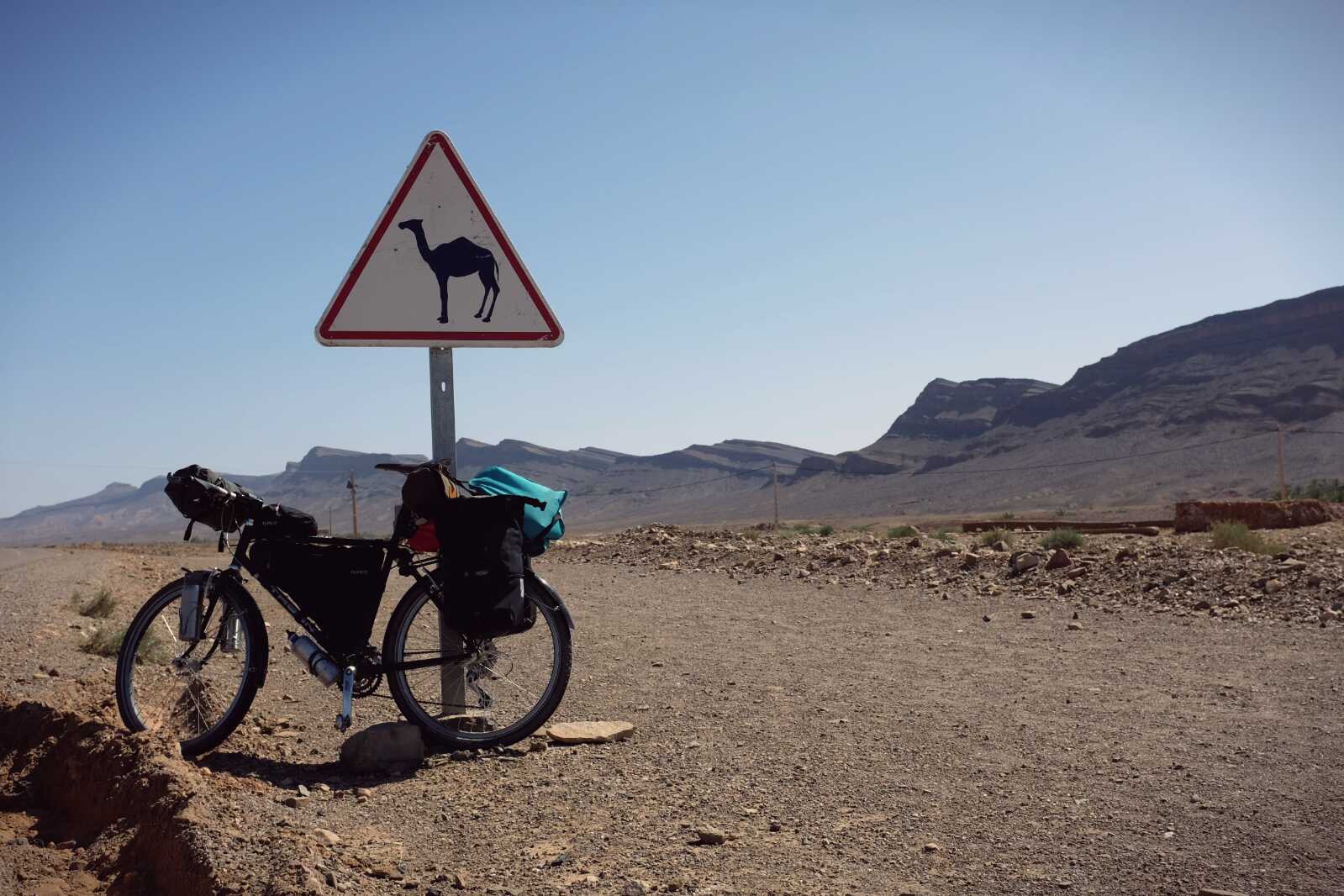 on the road to N’kob.. to go with a growing collection of such signs… wombats, kangaroos, moose, elk, llamas/guanacos etc etc, the list goes on :-) 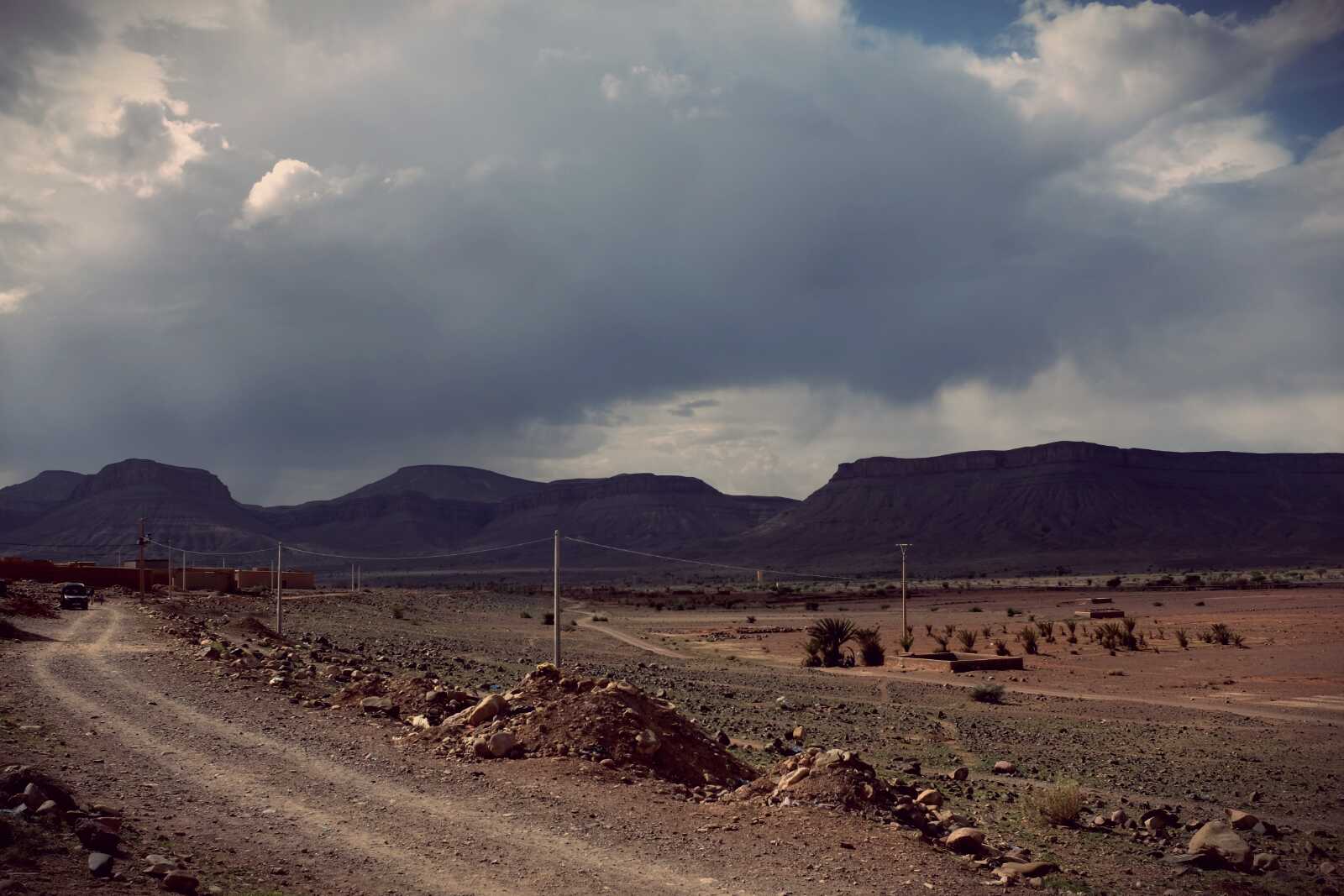 some good storm clouds gathering over the mountains to the south, a brief shower did pass through here.. the flinty ozone smell as it did so was fantastic. 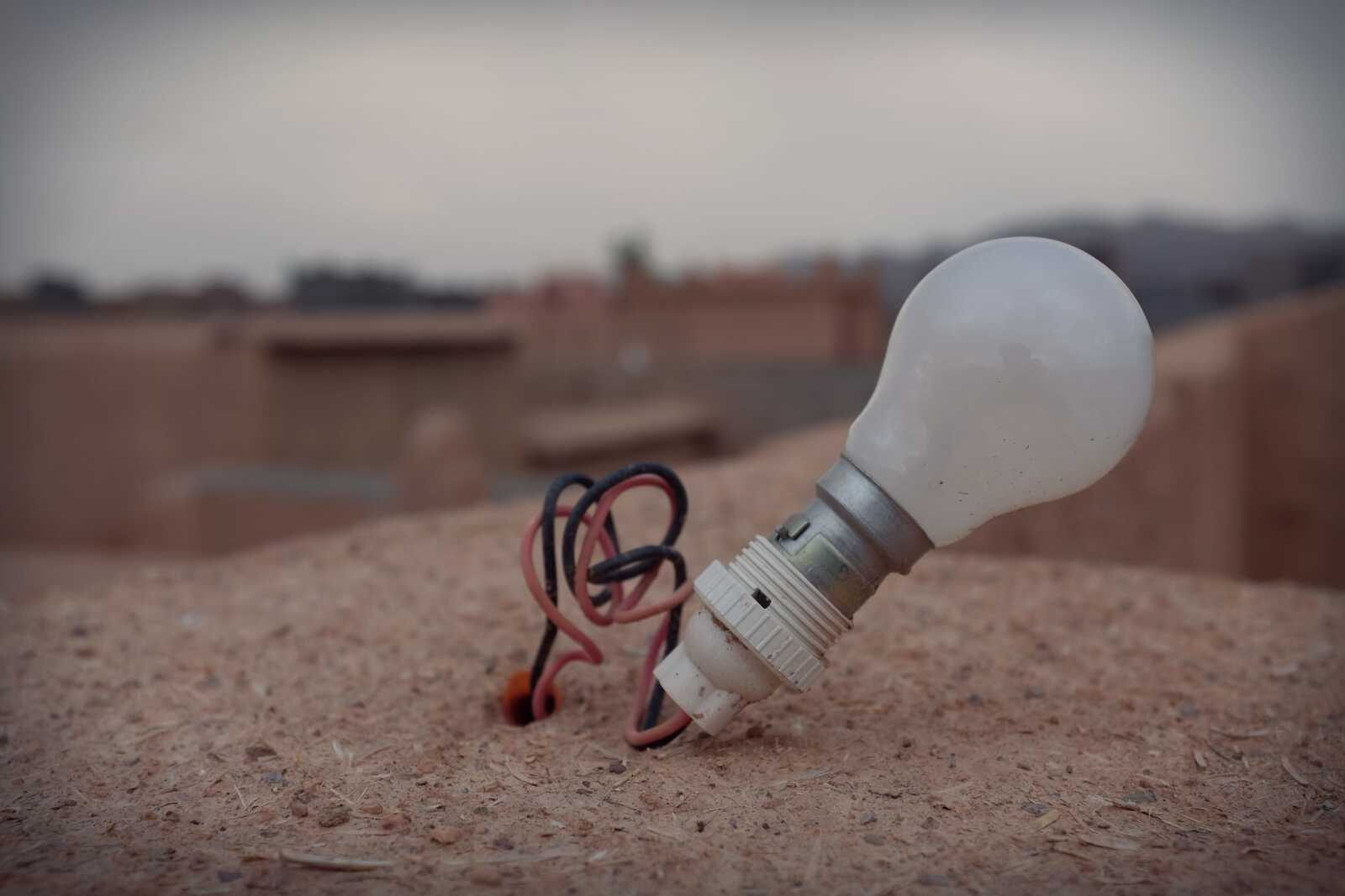 …but rain is an extremely rare occurrence, as witnessed by the nature of much of the exterior lighting. In a number of establishments the light is switched on or off simply by unscrewing the bulb slightly.