After my last post I had thought I might follow up with some apparently intelligent thoughts around things I wanted to say but on reflection realised that all that would have come out would have been an angry rant around a particular set of topics.. for example the environment, consumerism, the government.. or indeed the political classes in general (not fit for purpose), cars.. especially ridiculous cars like giant luxury 4x4s, otherwise known in these parts, while Cornwall’s narrow lanes fill up with them come summer,  as “f**k you wagons” not only for their wanton excesses in resource consumption, sheer size, and environmental impact, but also because of their significantly, and demonstrably greater lethality to the other party when involved in accidents, and various similar topics. As such I decided I wouldn’t do that, instead returning to usual superficial form here are some pretty pictures. Winter having finally buggered off, at least for the time being, I found some motivation to take my camera with me on the water again and enjoy a fun, spur of the moment local overnighter with friends. The weather couldn’t possibly last and indeed the weather forecast for the next few days has returned to normal. 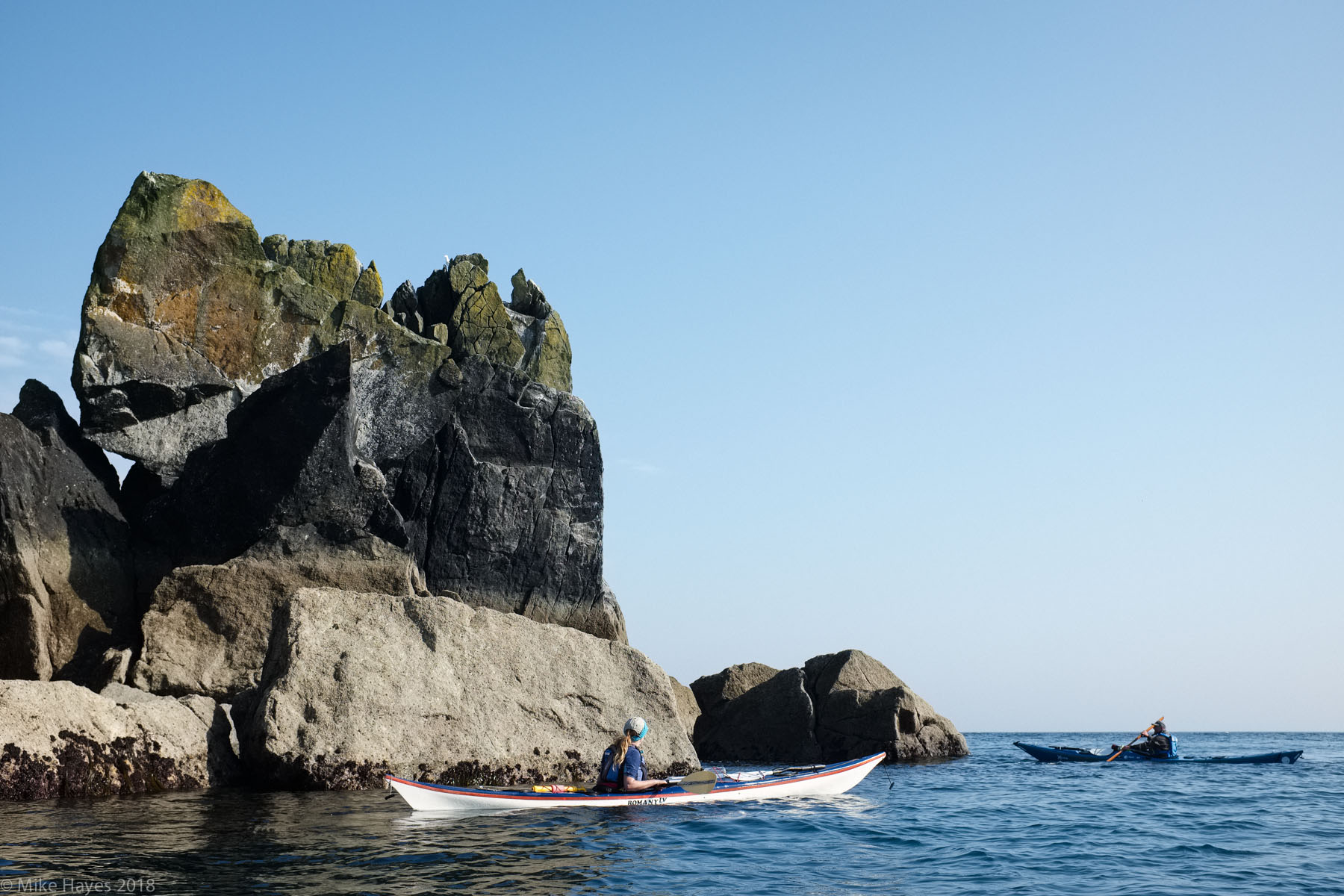 Some fine rock formations at Carrick Luz. The name translated from Cornish means Grey Rock.. somewhat imaginatively. Carrick is a modern interpretation of the original ‘karrek’. 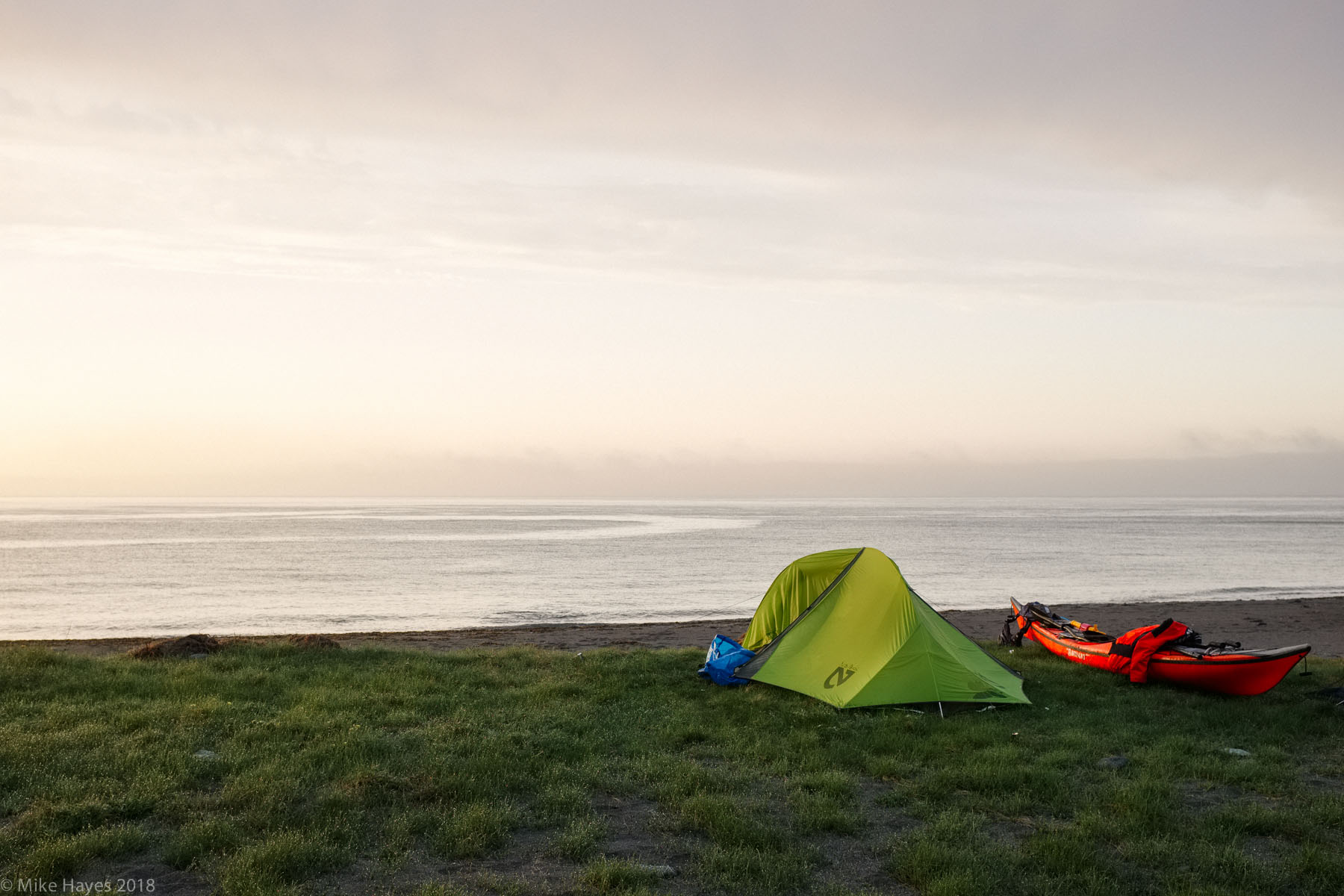 Misty dawn. It was a fabulous clear night of lying on backs watching the stars before the mist came down in the early hours. 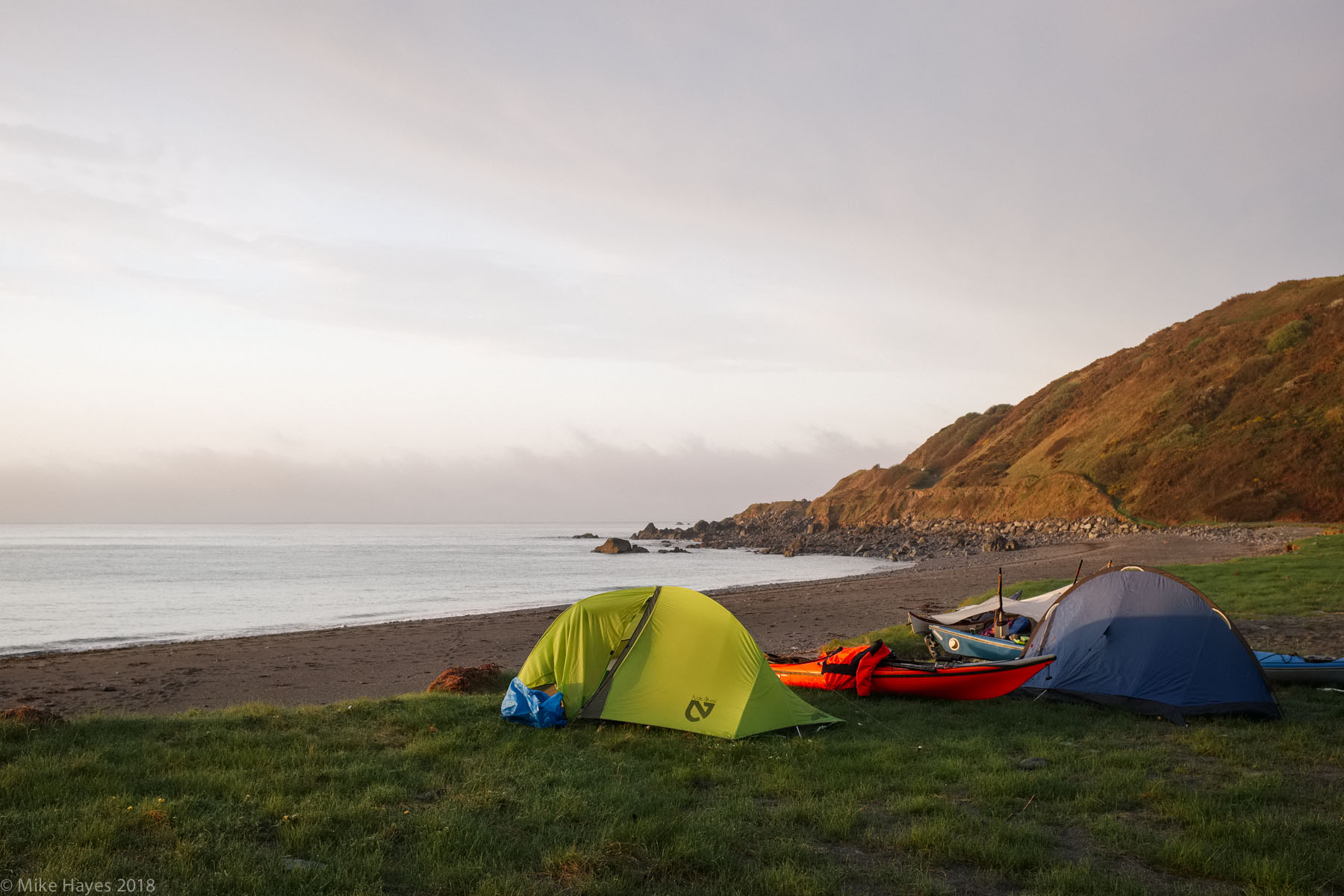 Pretty nice camp spot. It was an opportunity for me to play with a new tent before heading back to the Andes at the end of June. 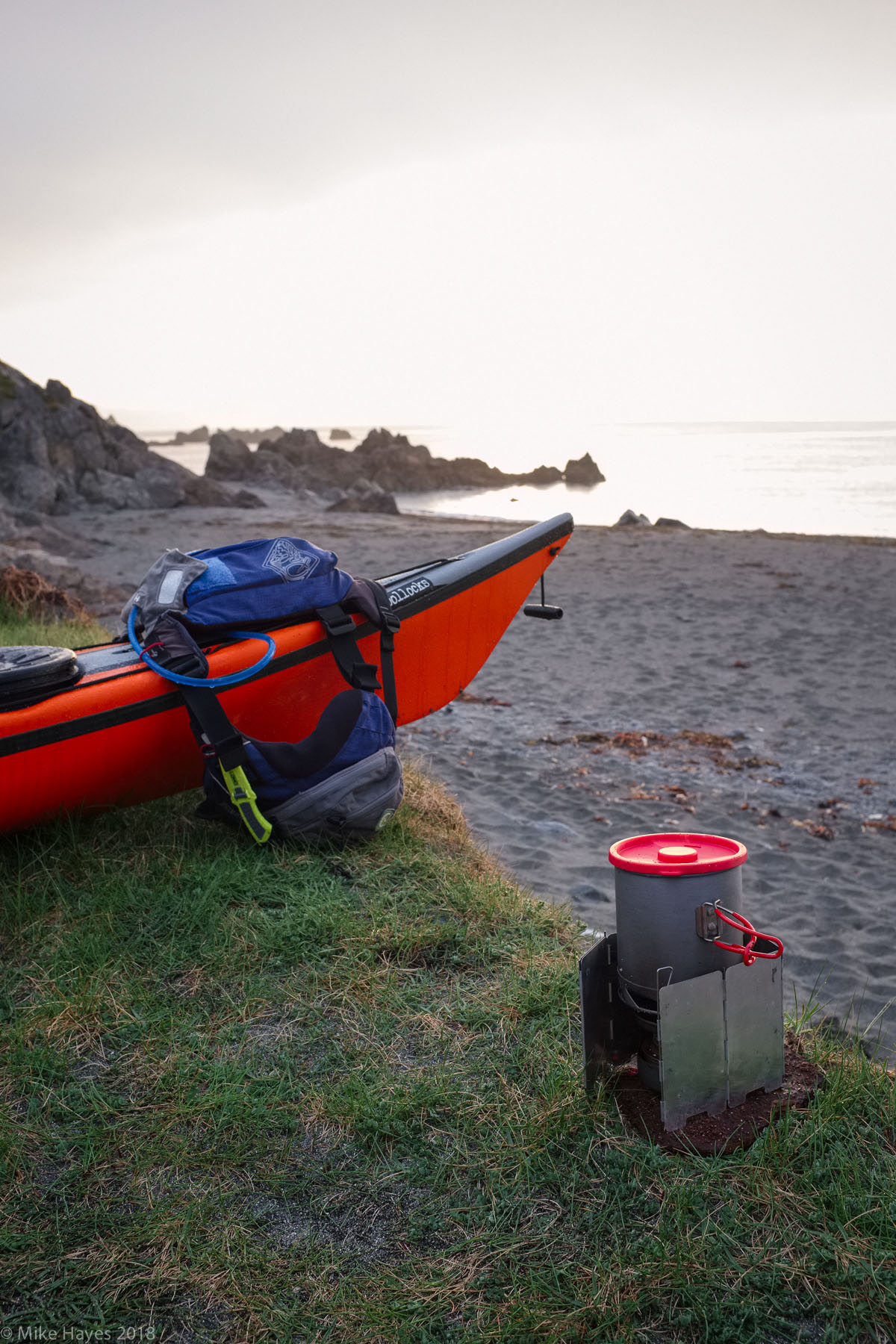 I’ve learned from looking at social media and the like that this sort of “look I’m cooking outdoors” picture is considered obligatory when camping. It’s alright. 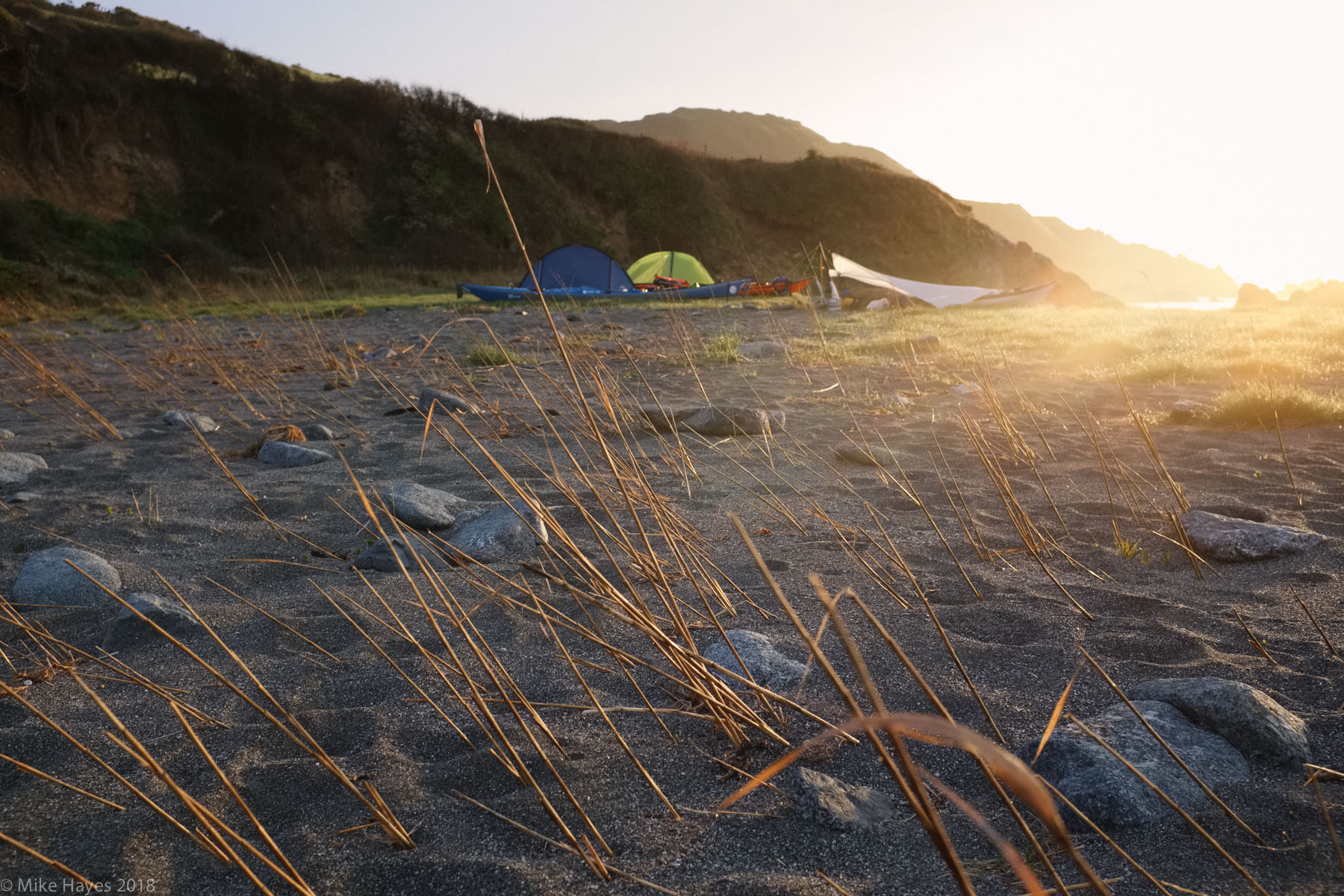 Also desirable is a shallow depth of field “camping in the environment at dawn with a spot of artful lens flare” sort of a picture. Close up things available were not spectacular.. some reeds, some rocks, and not a lot else… sand notwithstanding. 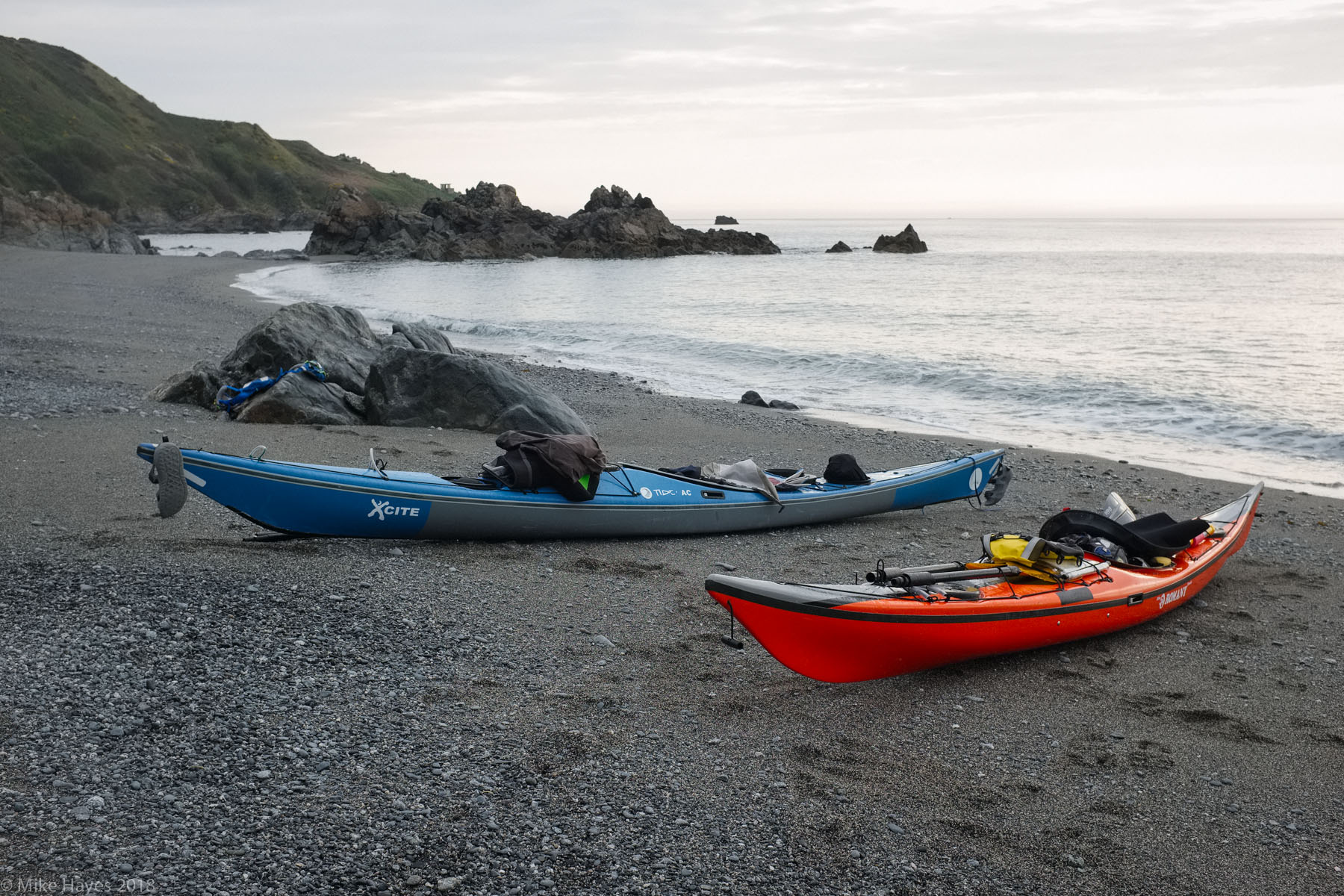 Sandals on the ends of a sea kayak as seen on the blue Tiderace here are the sea kayaking equivalent of the red tagged “remove before flight” pitot tube covers you might have seen on parked aircraft. 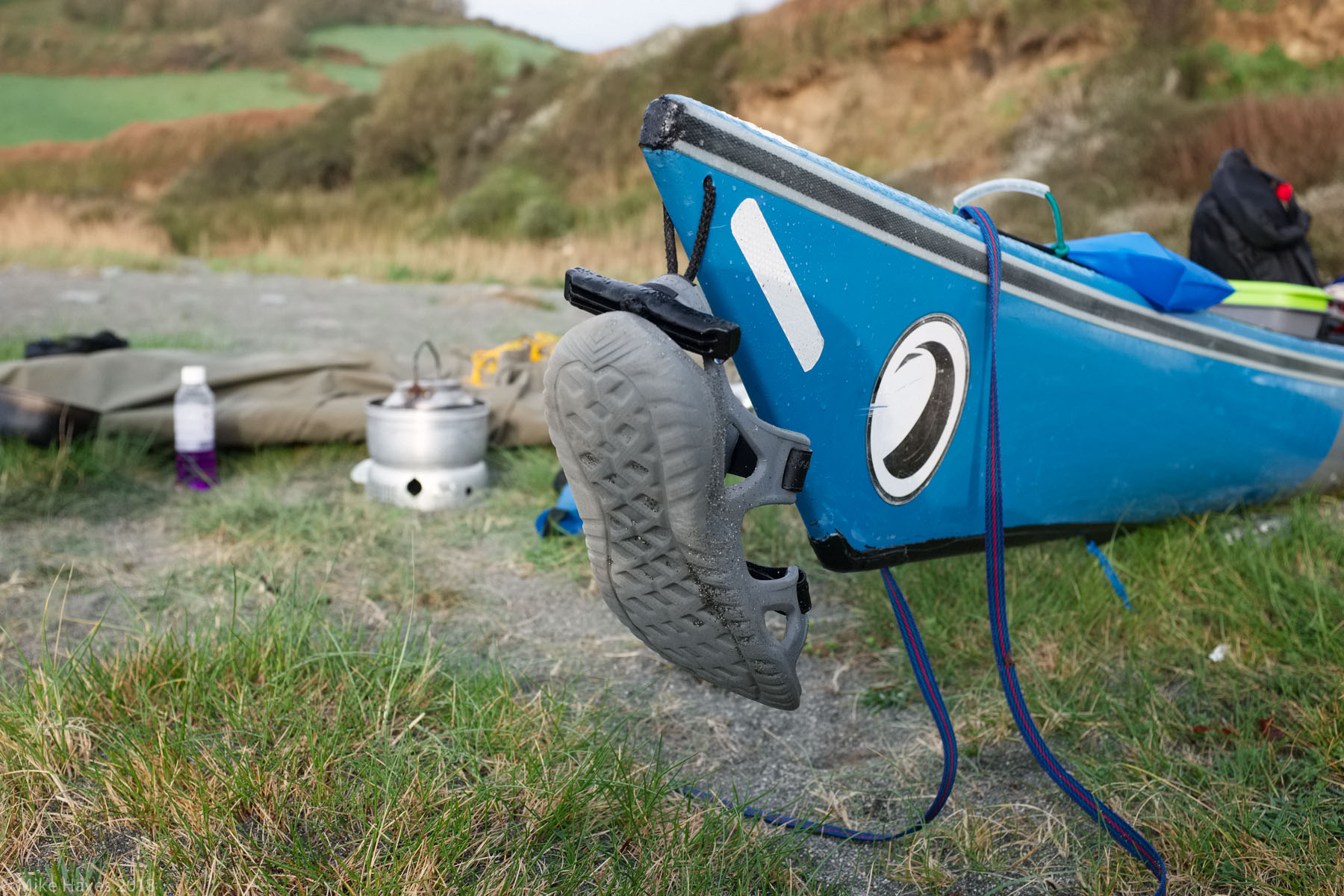 Or possibly an old Inuit trick to prevent your kayak blowing away in the night.. those traditional skin on frame kayaks were very light you know. 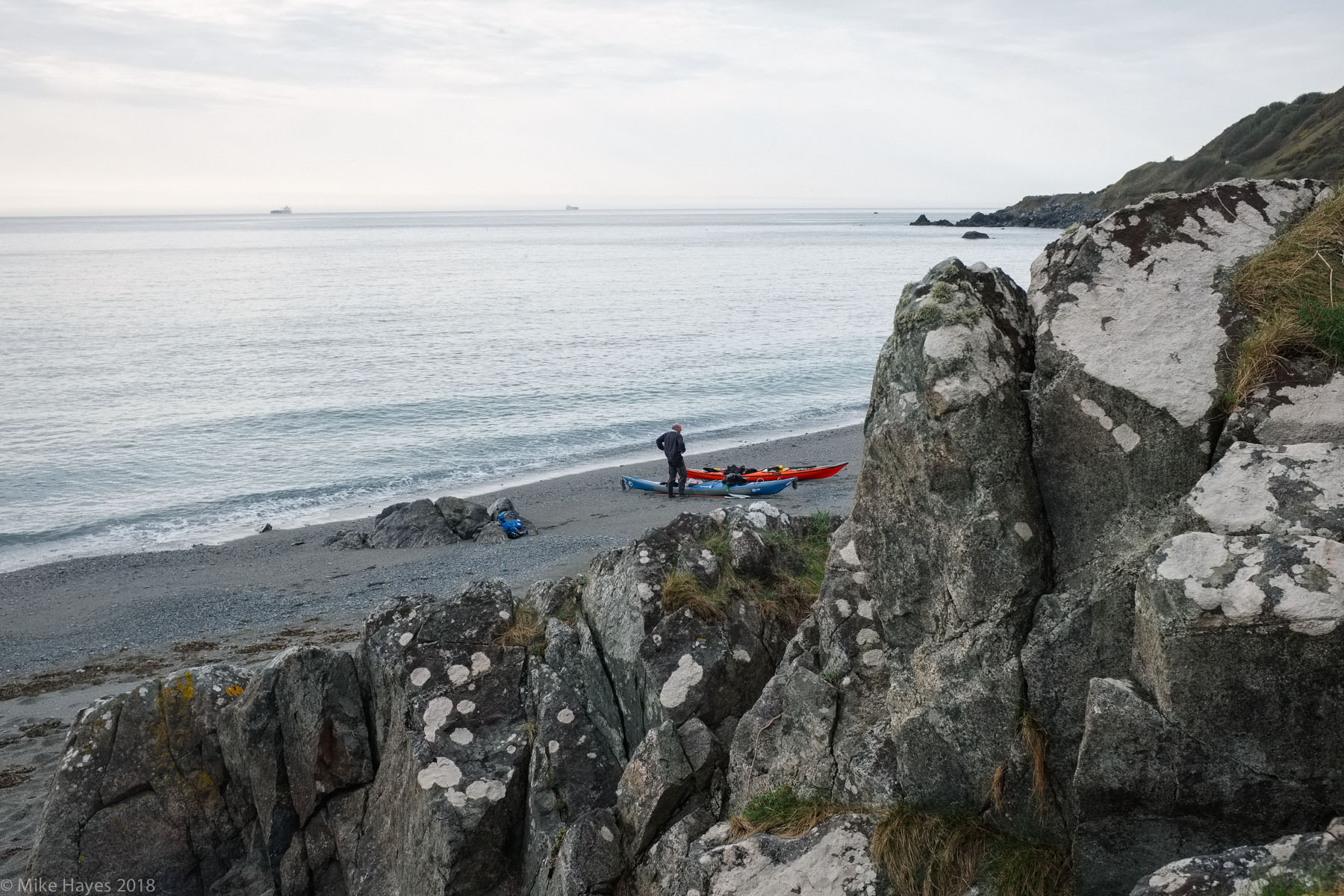 More grey rocks in evidence, or rather ‘kerrek luz’, kerrek being the plural of karrek. 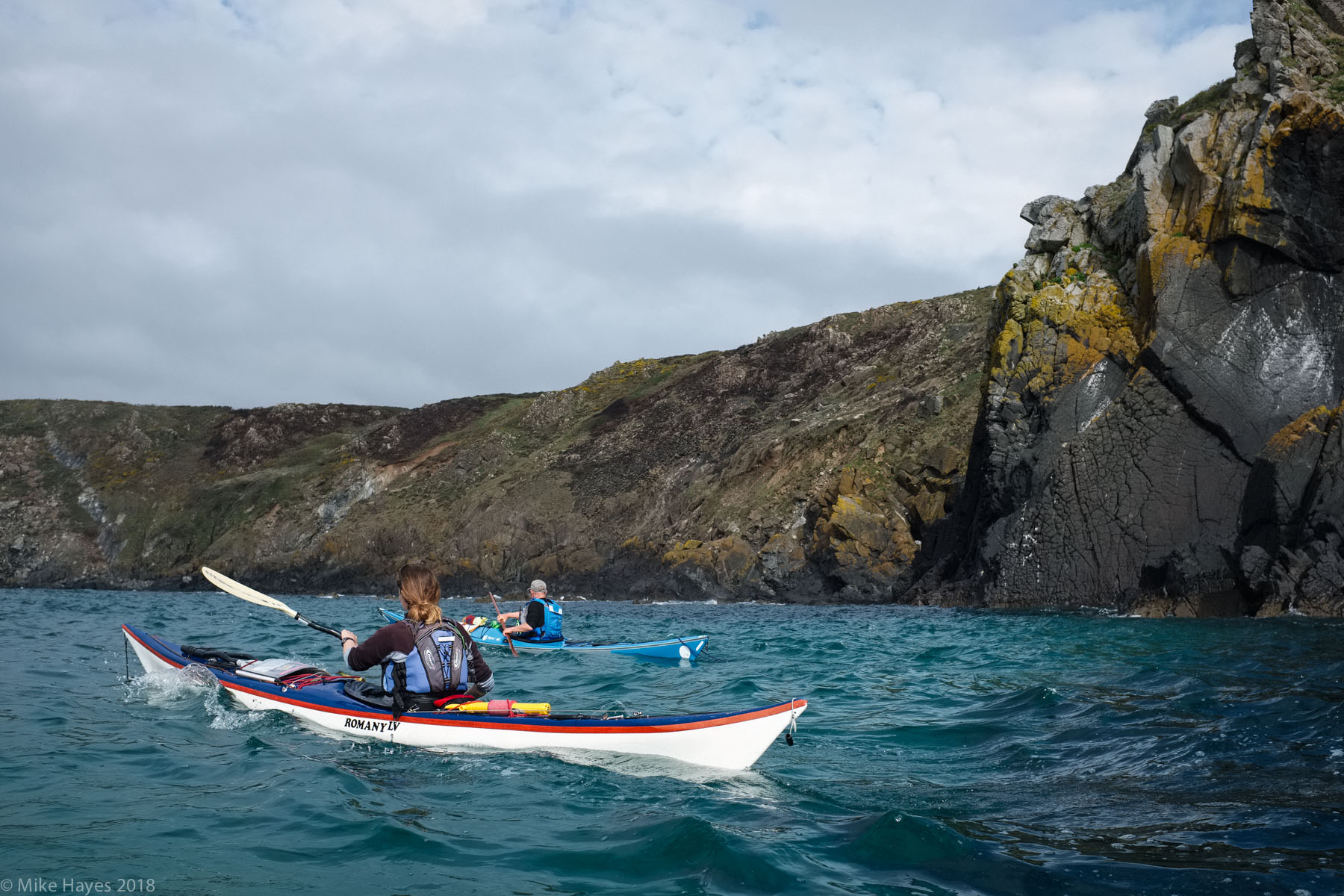 .. and finally the fine serpentinite cliffs of the Lizard Peninsula. An ancient ‘splinter’ of the Earth’s mantle thrust to the surface by a long disappeared (> 600 million years ago) subduction zone.

There. Beats an unhinged rant any day I suspect.