Last winter destruction was visited upon the coast of Cornwall by a series of storms of rare ferocity. The cockpit of a sea kayak is a perfect vantage point from which to appreciate the legacy of those storms.. whole sections of cliff tumbled into the ocean leaving fresh scars and giant boulders with jagged edges to be smoothed by decades of wave action. Even the apparently super-hard granite of the far west was not immune – calving enormous slabs into the ocean. Beaches lost vast amounts of sand as the waves scoured the coastline, and in some cases disappeared altogether – the beach at Nanjizal and the sand bar at Kynance in particular being favourite sandy places that are no longer there. However with destruction often comes creation and new beaches have appeared where last summer there was none, tucked away in the lee of headlands where the giant eddies induced by the wave action have a chance to drop their payloads of sand scoured from further along the coast. Happily these beaches, being so new, have no landward access so are very much the private domain of the sea kayaker, making perfectly quiet spots for lunch or an overnight bivvy far from the summertime mobs at more accessible spots. Here’s one… a perfect little shell-sand beach tucked away in a cleft in the granite. It even has a trickle of fresh water coming down the cliff for making a brew. 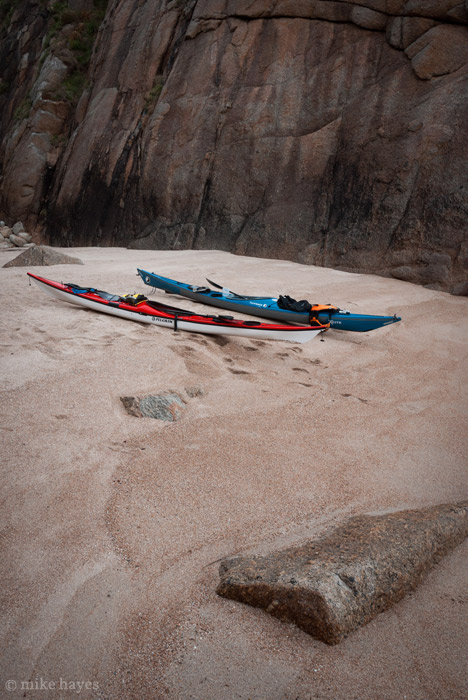 a perfectly formed shell-sand beach tucked away amongst the granite cliffs. Will it still be here next year… 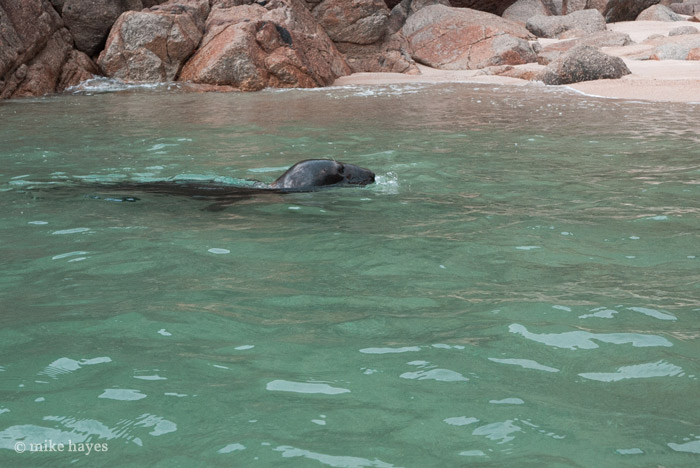 this chap likes it here too 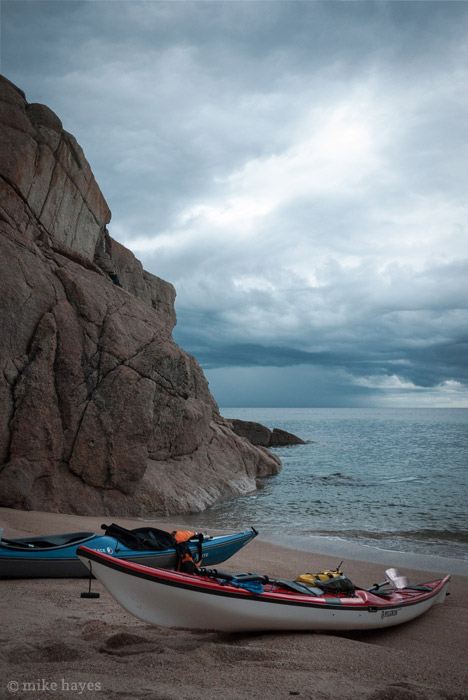 some interesting skies on this morning 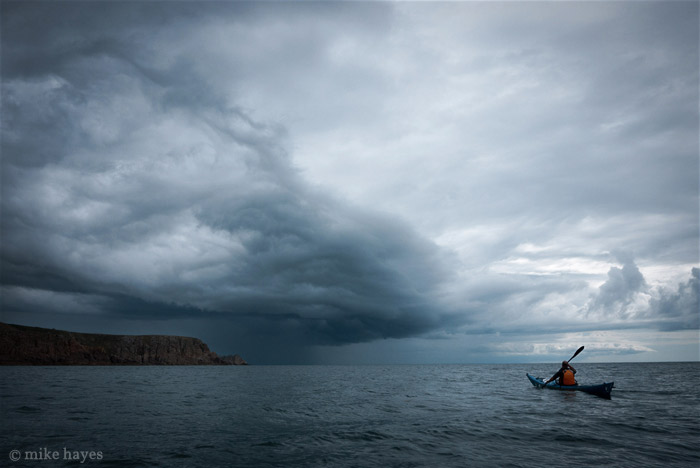 this squall just grazed us as it passed by heading east, and then a bunch of dolphins came by heading west… but no pics of those – my wide angle lens doesn’t really work for wildlife. But that’s OK. 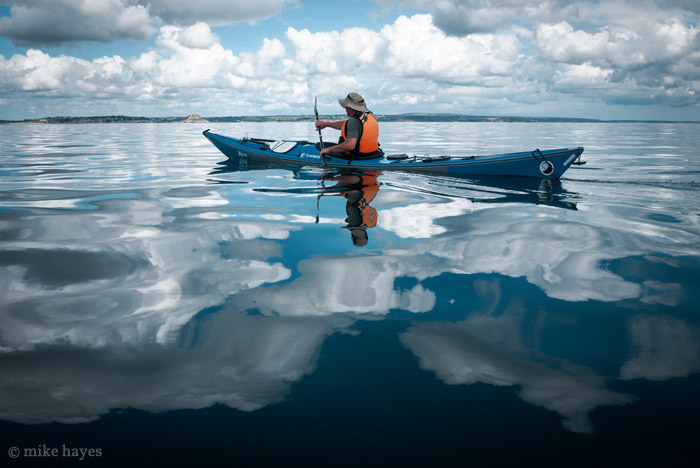 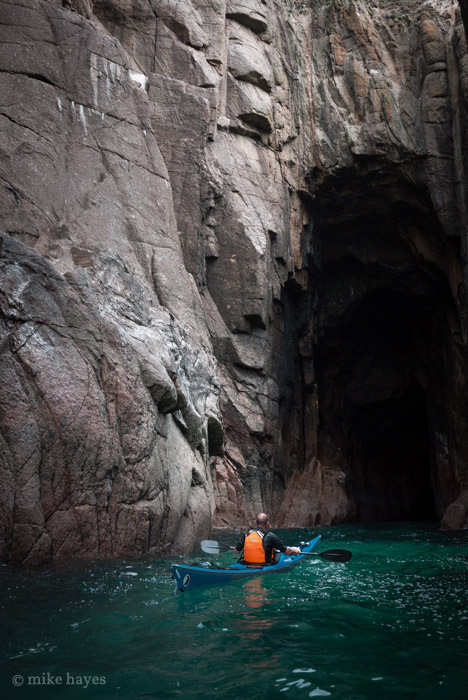 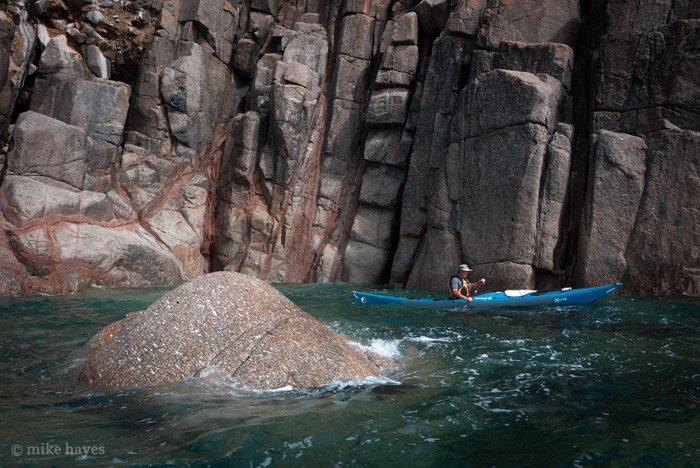 more granite… precious little swell to play with. It’s been a great summer weather-wise but that means no depressions in the Atlantic to kick up any decent swell. September should change that.. :-) 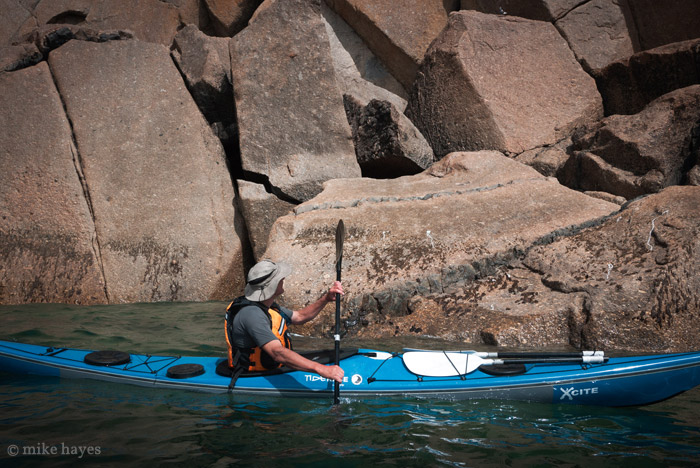 a tumble of granite.. these boulders will have been here for years judging by the softening of the edges. 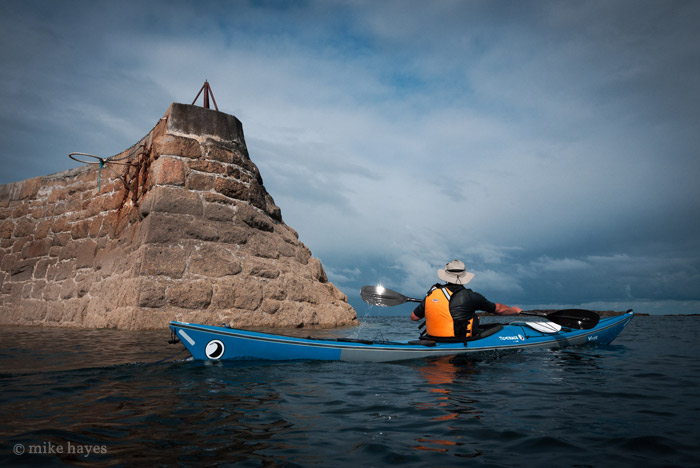 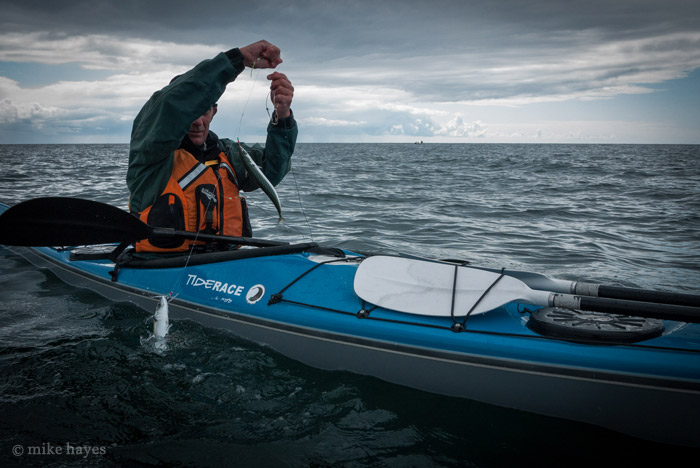 sorting some dinner… there are a lot of mackerel around at the moment.. such a great tasting fish.

6 thoughts on “A New Beach”