The last few days we’ve been watching the weather and surf forecast develop with anticipation as Storm Imogen developed in the Atlantic.. thinking “nah, it’s bound to change..” as the forecast predicted winds in the  Beaufort 11-12 range, gusting to 160km/hr..  and surf of up to 12m (40ft). The forecast did pan out as expected, it’s mighty windy today and the Seven Stones Reef lightship/wave buoy is already reporting a 35ft wave as I write.. so heading west later :-) In the meantime however with just about all spots huge and/or blown out yesterday the vanguard of the storm was producing some quite usable, albeit chilly, surf down in Mounts Bay. It’s a spot best suited to longer boats than stumpy little HP boats like mine – it’s quite a slow, not very steep wave (although having said that we have had some fantastically adrenalin-charged sessions here on big days) – but surf here breaks for a long, long way and with multiple banks producing peaks all over the place… happily the best breaks can be a long way offshore and out of reach of all but the most dedicated surfers…  :-) 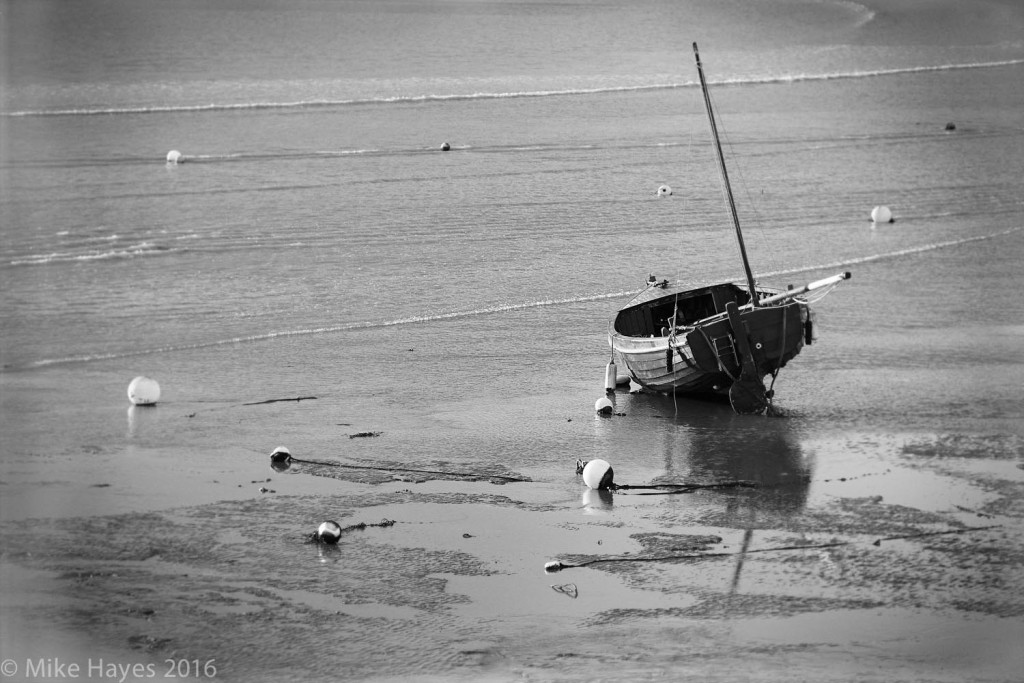 Low water in the harbour at Penzance 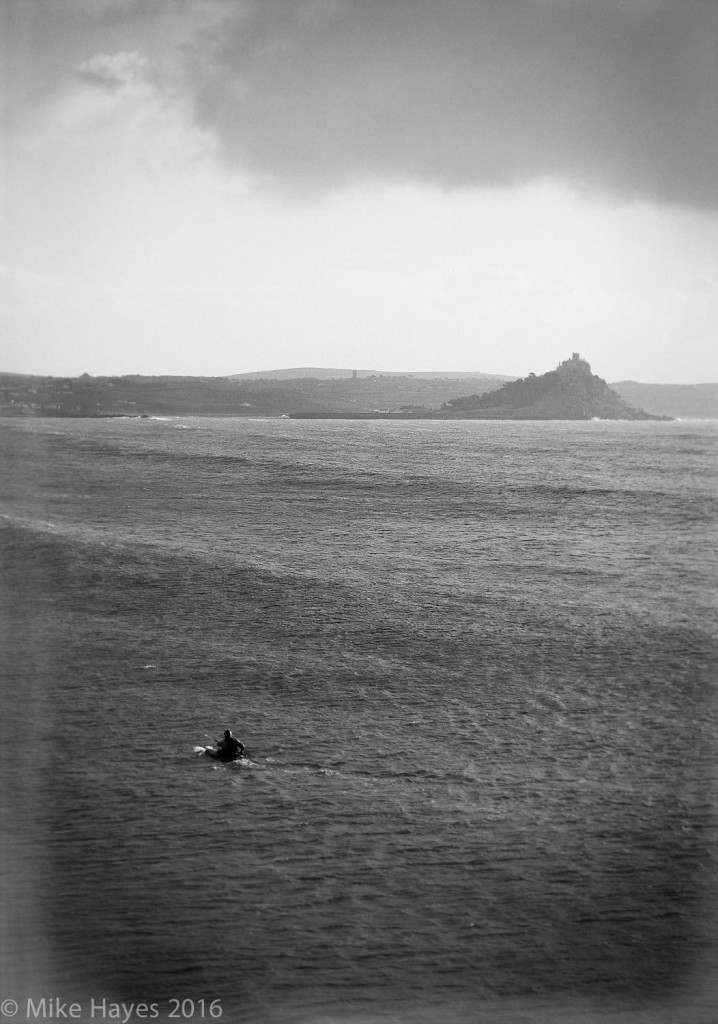 It’s a nice fact that one can launch in the harbour and simply paddle out across the bay straight to the outside of the break rather than suffer a long battle out from all the way inside. 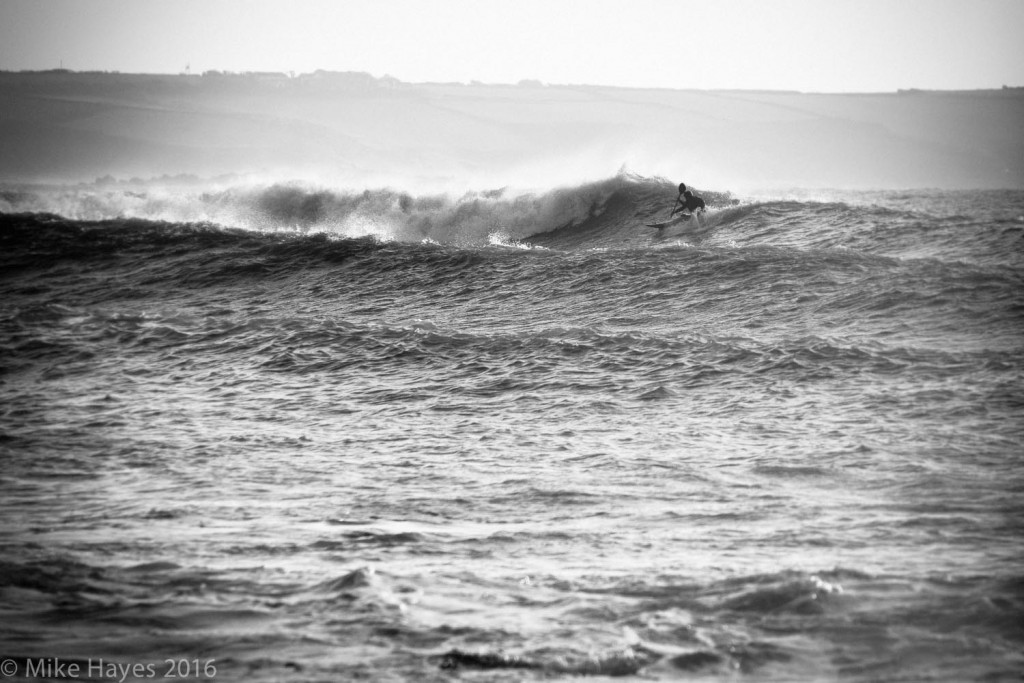 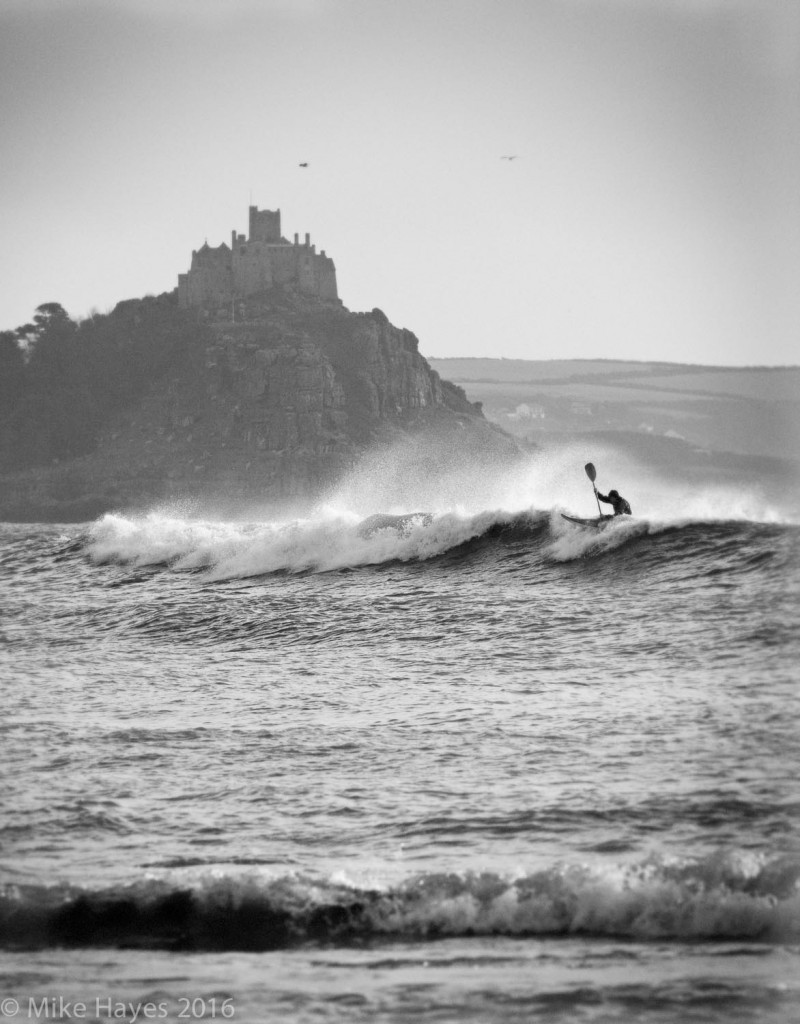 the nature of the wave does mean however that it’s not always easy to get a good take off, especially in short boat 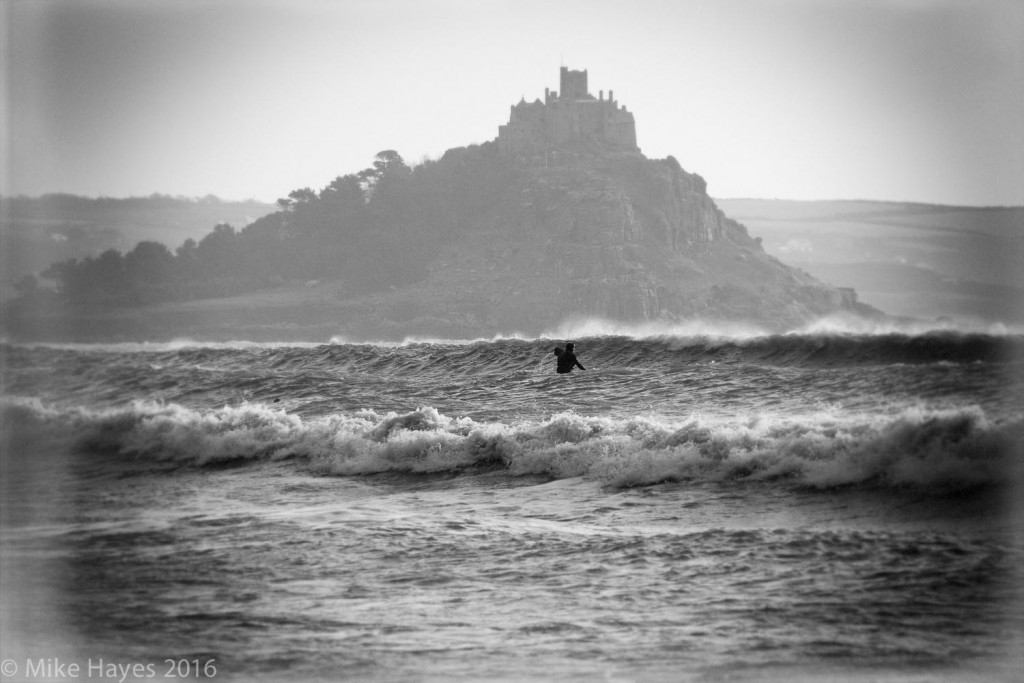 the backdrop is ace.. 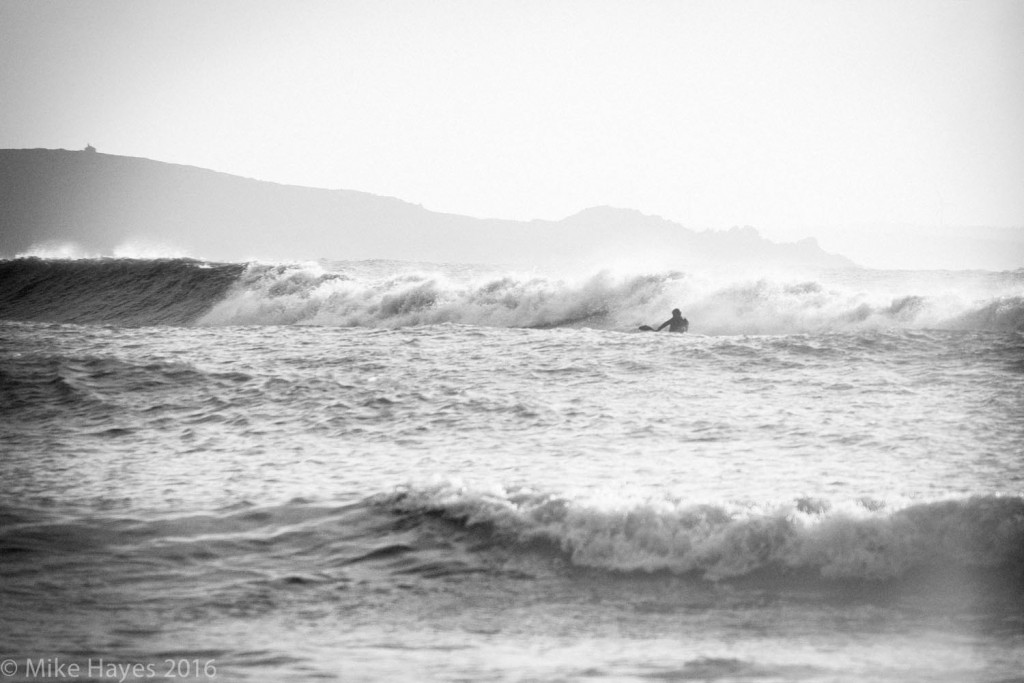 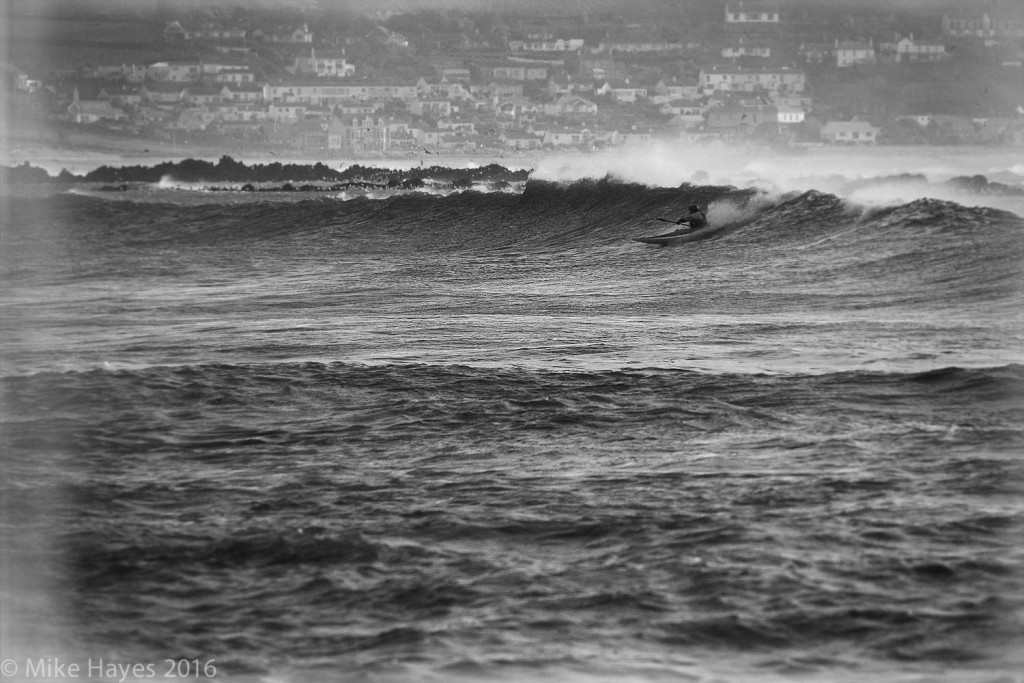 Marazion in the distance. Long boats like this work really well here. I keep thinking I should get one…