I’ve been utterly uninspired to take pictures from my kayak since returning from Mingulay. Summer light on the ocean is rarely that interesting, I much prefer the drama of winter days afloat. Yesterday however I thought I could be bothered – but just my old GF2 + 28mm in its housing because it makes a very small package and I don’t mind too much having it on my deck. As it happened conditions were OK for pictures.. 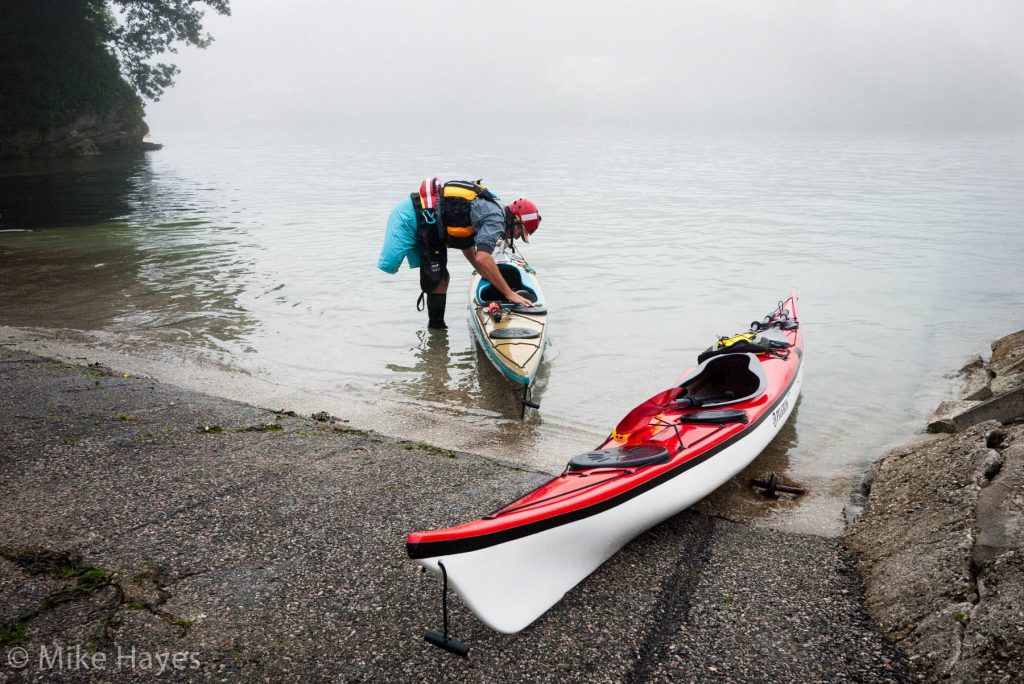 We agreed to meet my Eastern-Cornish friend  (Saltash area still Cornwall… just.. ;-) from britishseakayaks.co.uk in Fowey for the 40km round trip east to Looe and back. 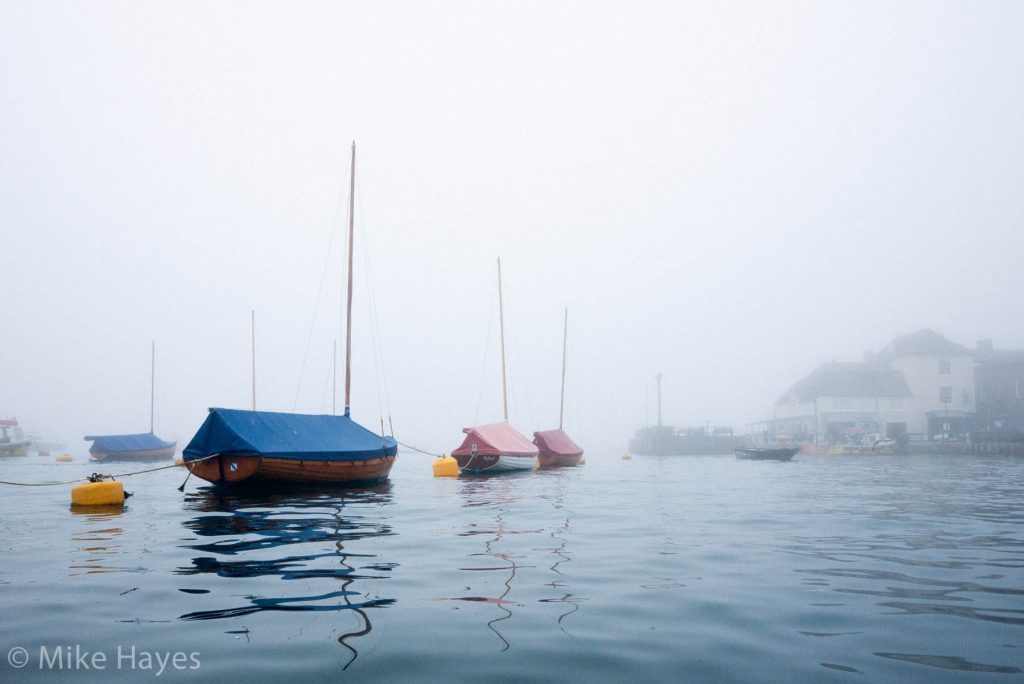 Conditions were foggy as we headed out of the Fowey estuary 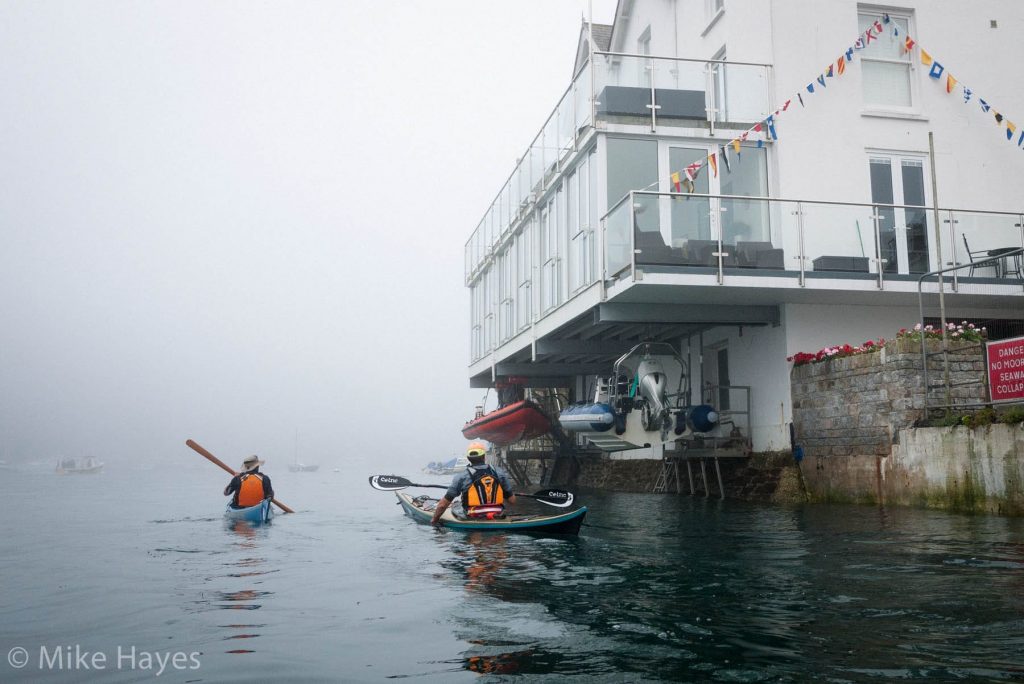 Fowey (pronounced ‘Foy’…) is, like much of waterside Cornwall these days, a place that largely belongs to the wealthy, especially when it comes to waterfront properties… boat lifts and all…. 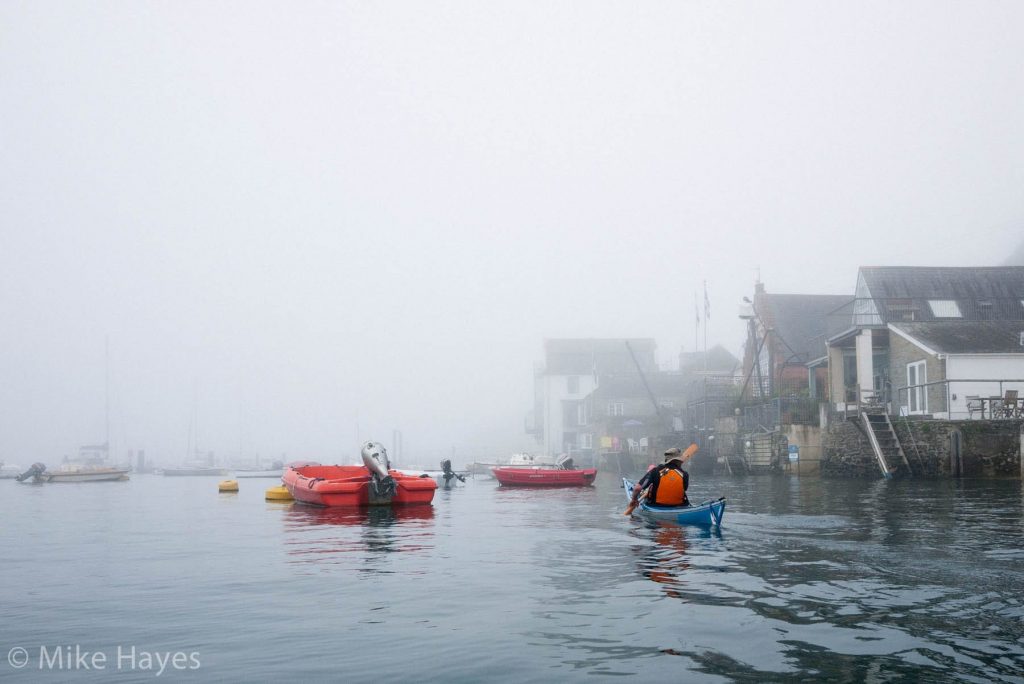 In the summertime particularly the ‘correct brands’ of striped ‘sailor jerseys’ and wellington boots are very much in evidence. At 8.30am however in the fog it was lovely. 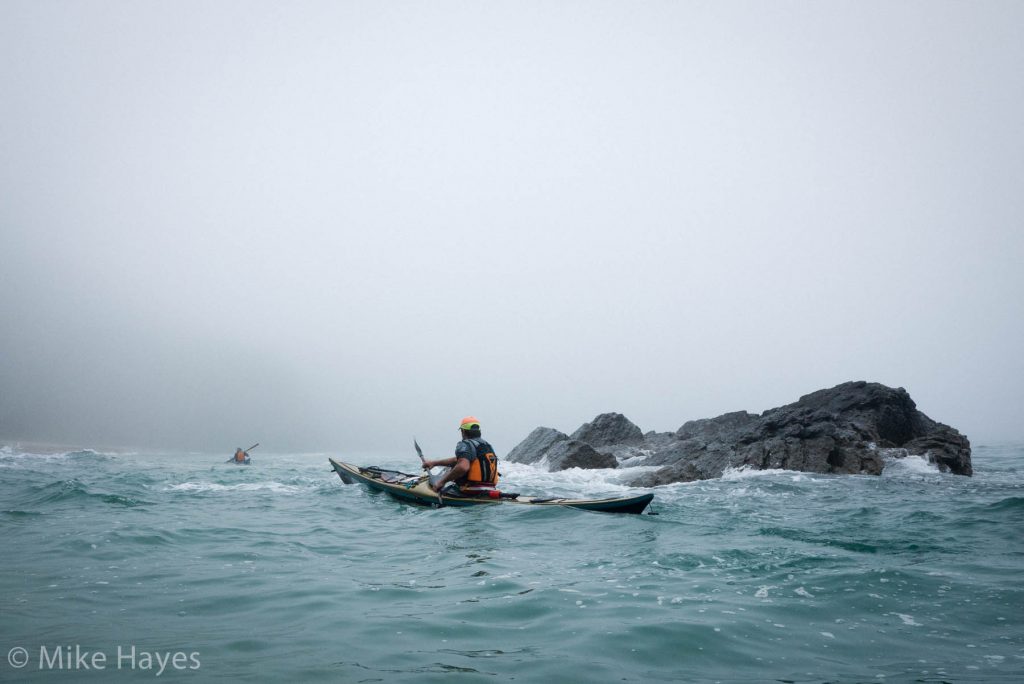 Heading east in the mist… quite atmospheric. The weather lifted for the return journey which gave the coast a very different feel. 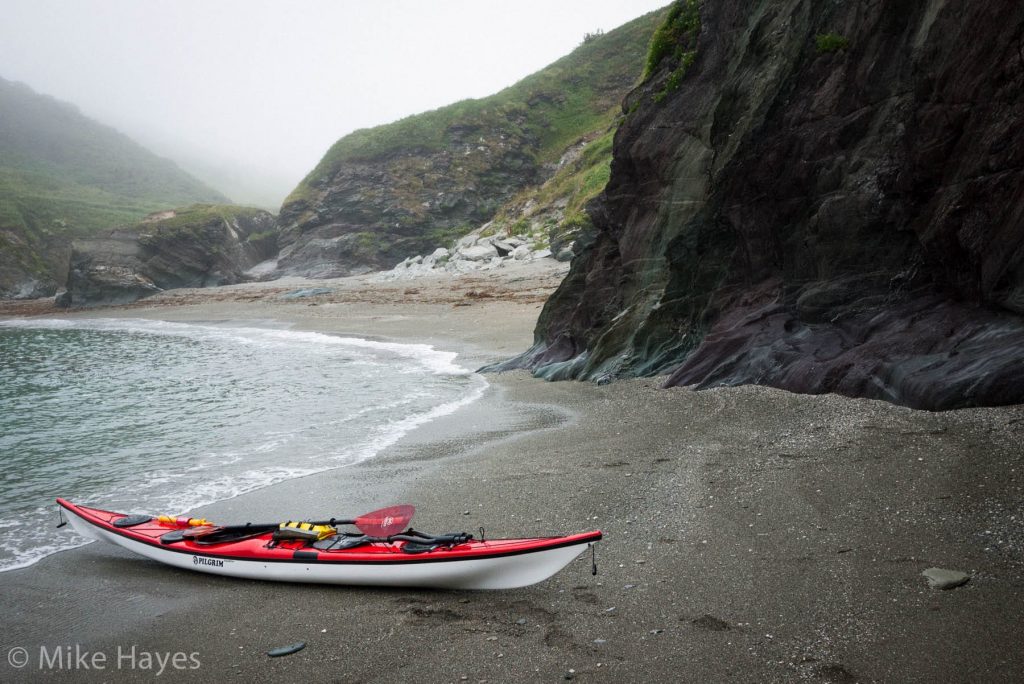 This bit of coast is not one I frequent much… it doesn’t have the drama of the far west but it is still quite beautiful with some lovely secluded bays accessible from only the coast path or via kayak. 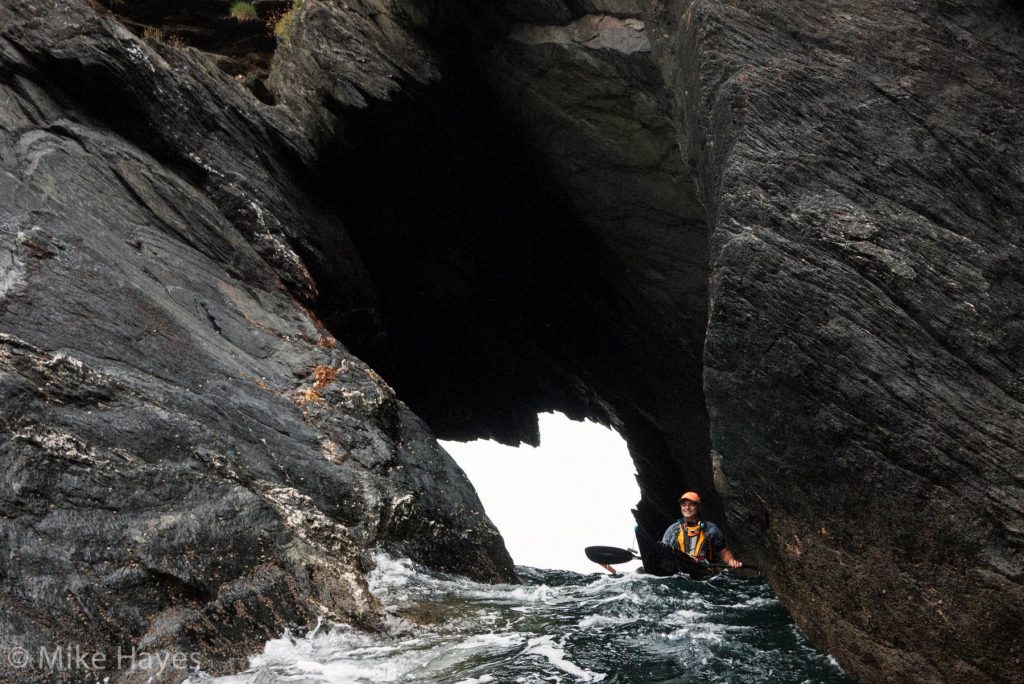 This stretch also has some terrific rock-hopping, gullies and caves to explore. With very little swell running  some proper fiddling about into pretty much every nook and cranny along the way became necessary… 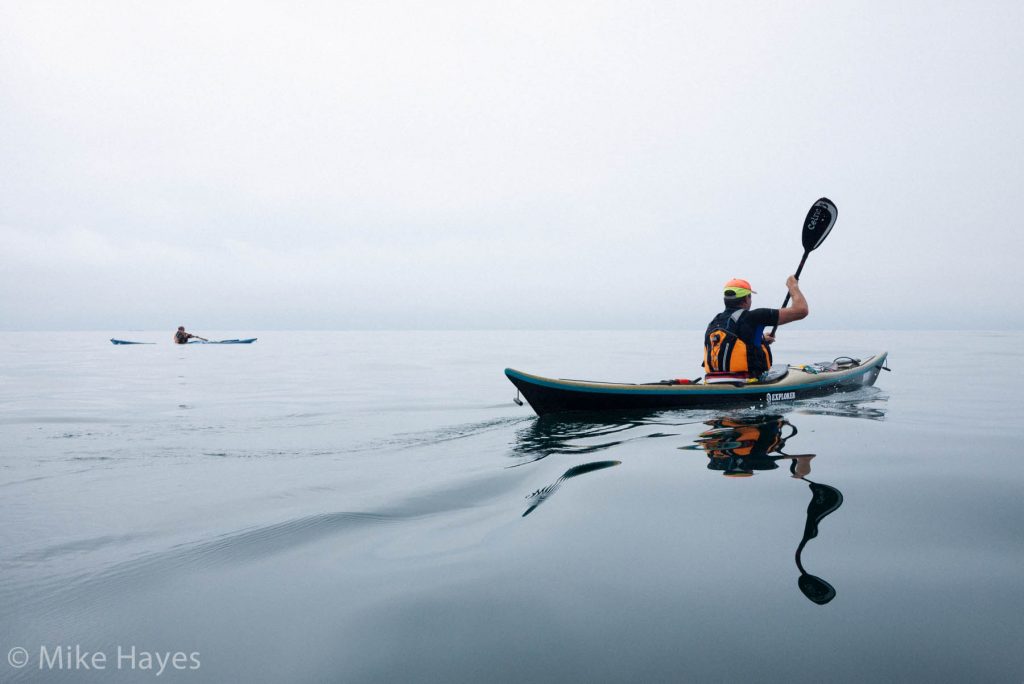 Mirror calm conditions as the mist lifted offshore from Talland Bay. Not exciting but quite beautiful.