Very recently I had the opportunity, well, more of an excuse really, to spend a couple of days in Porto catching up with friends. It was super. As you might expect I also took a few snaps along the way. I imagine I wouldn’t be writing had I not done so… so without further ado.. Porto: 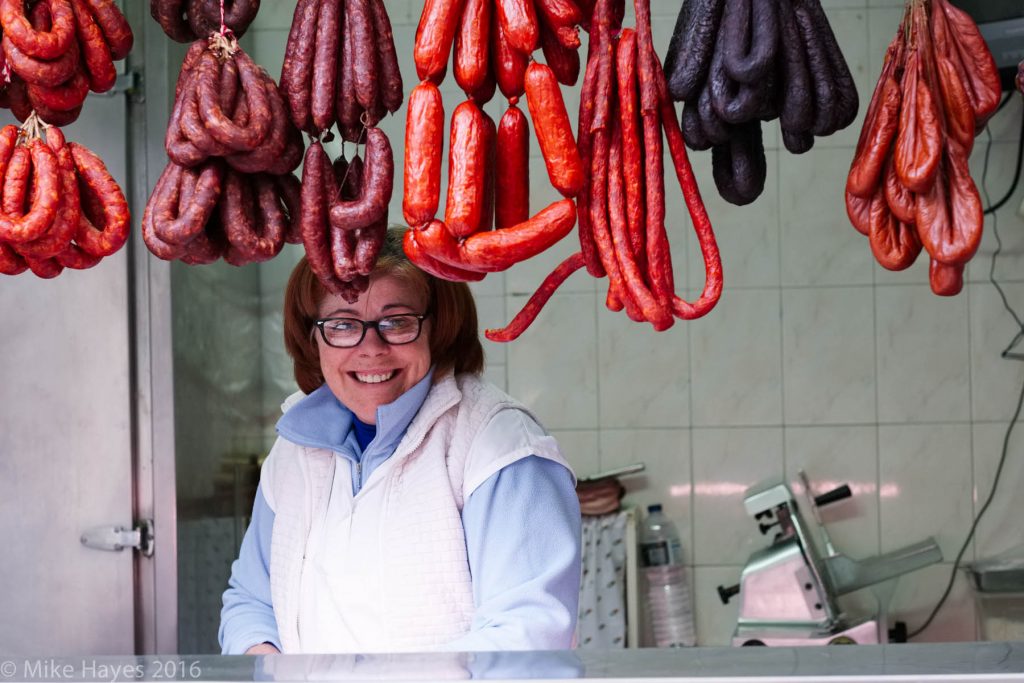 There is an animated movie called Sausage Party (not what you might think…).. and I cannot get that admittedly somewhat disturbing phrase out of my head whenever I look at this picture. 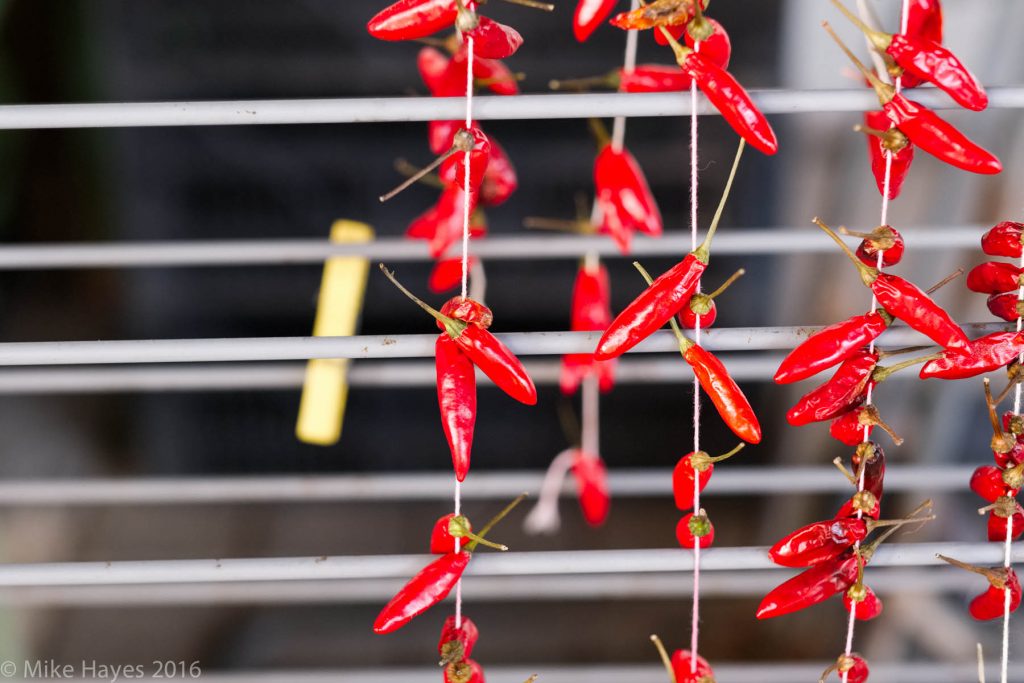 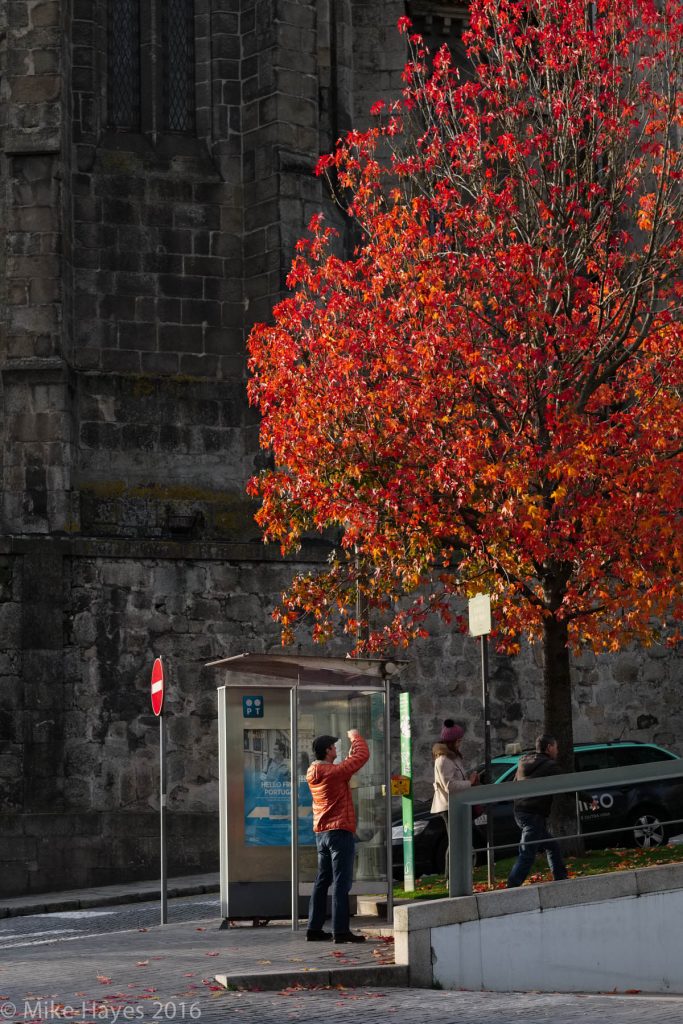 The trees in the city were in full colour. 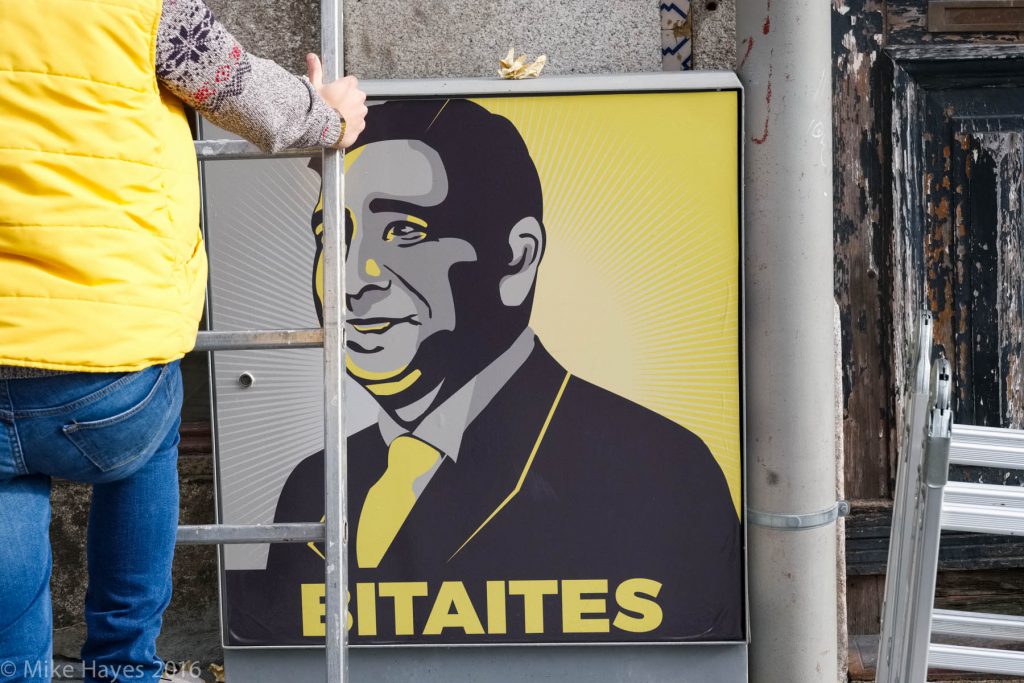 I do like red things but yellow things also appeal. Except sea kayaks. I don’t like yellow sea kayaks… 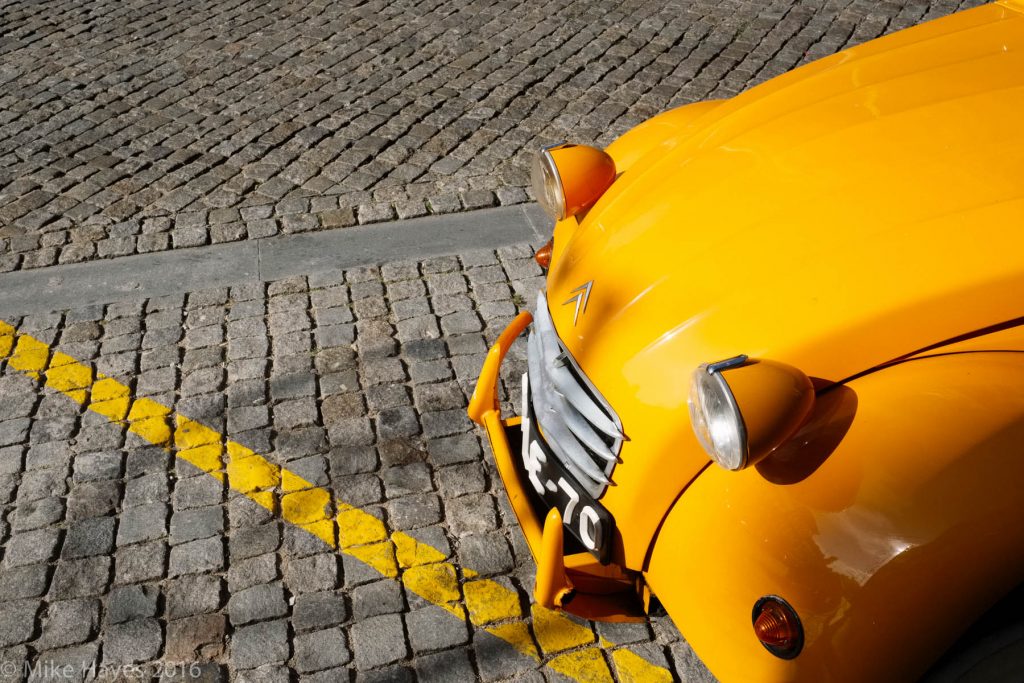 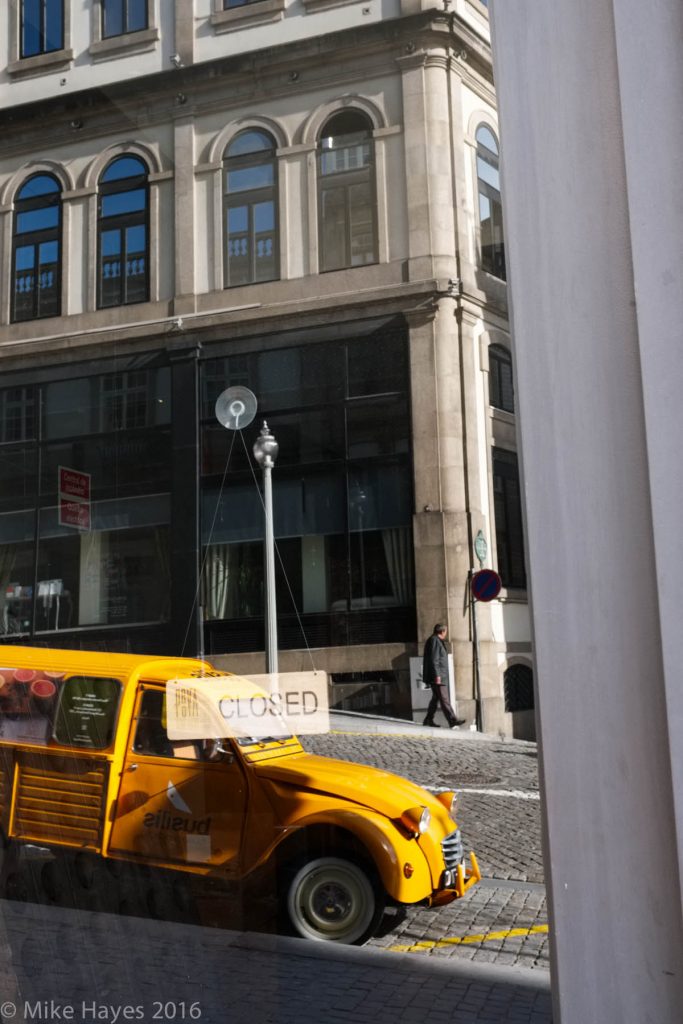 A rare 2CV van. At home this would have ‘dissolved’ into a little pile of rust long ago. 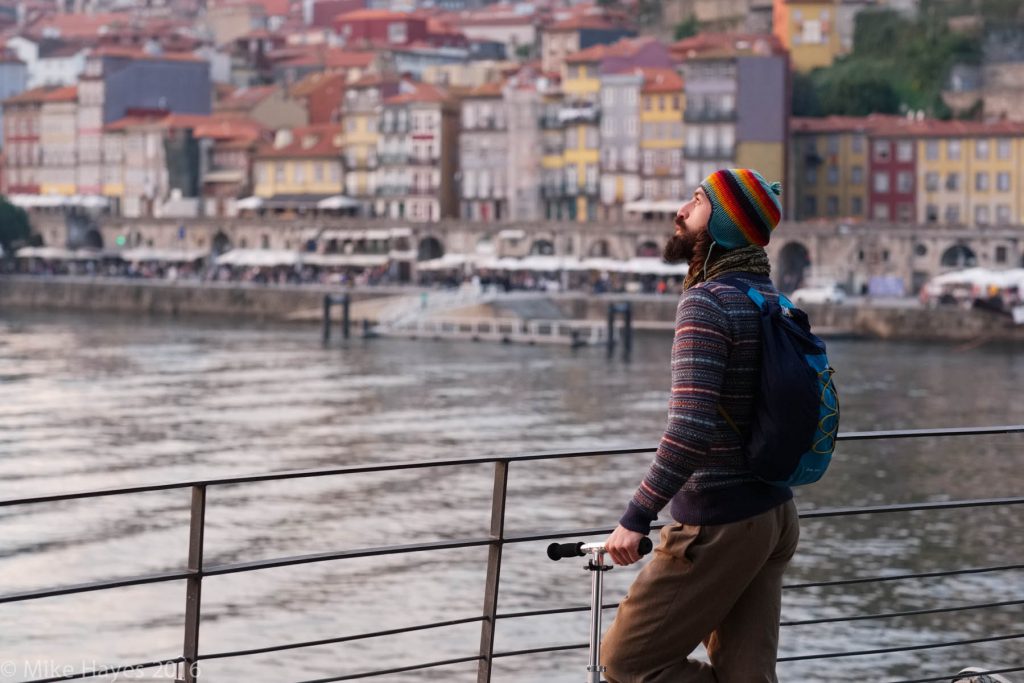 ‘Our father..’ or something. 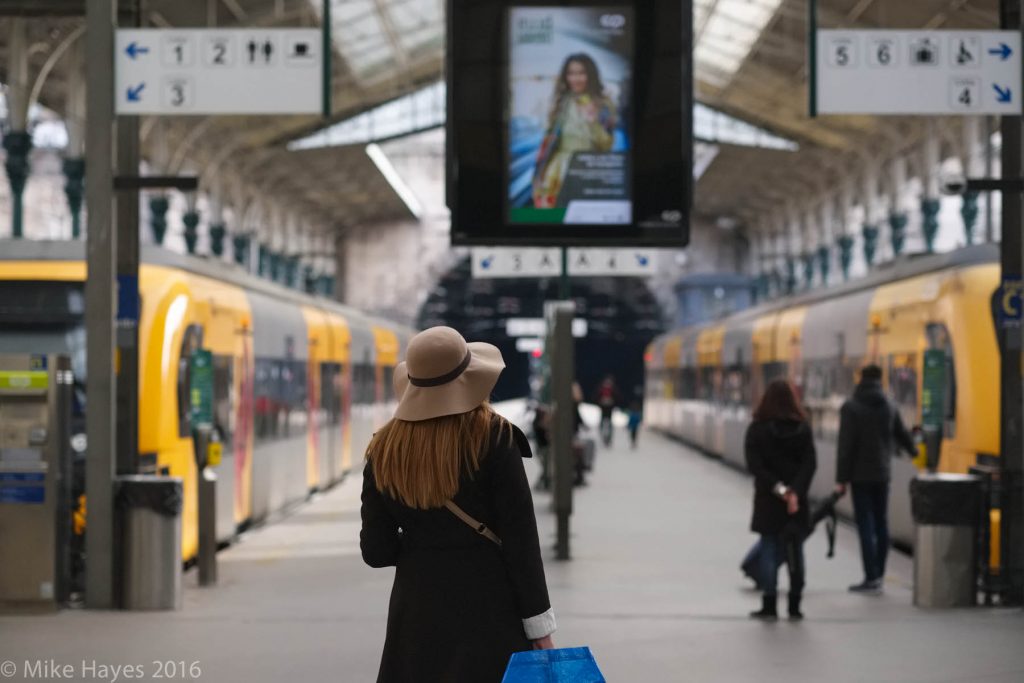 At the railway station, in case you hadn’t figured that out. 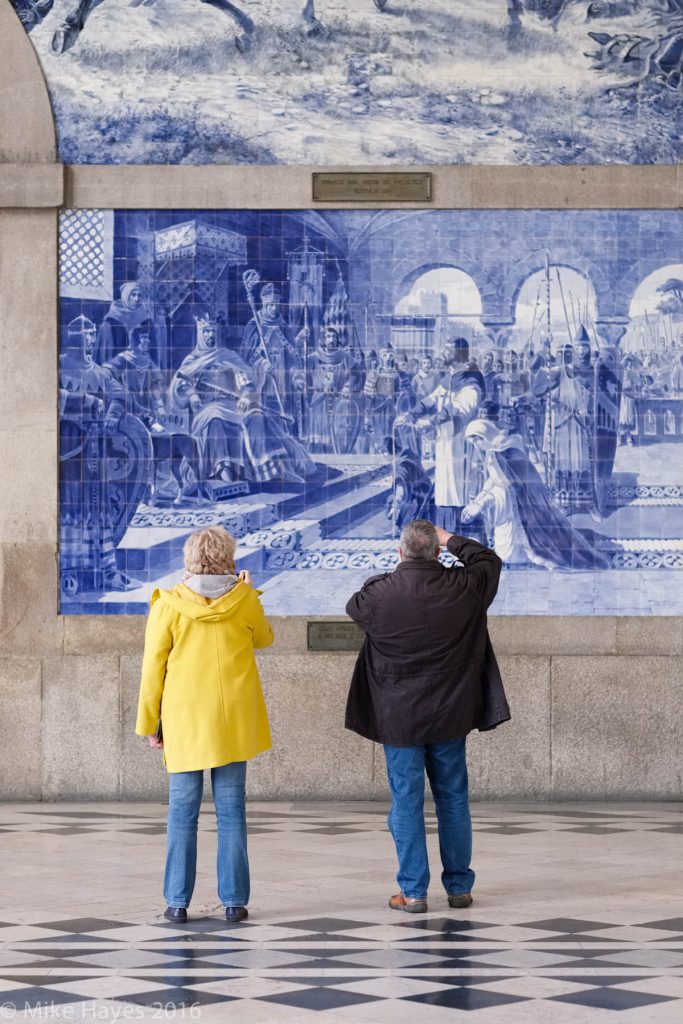 Also at the railway station… 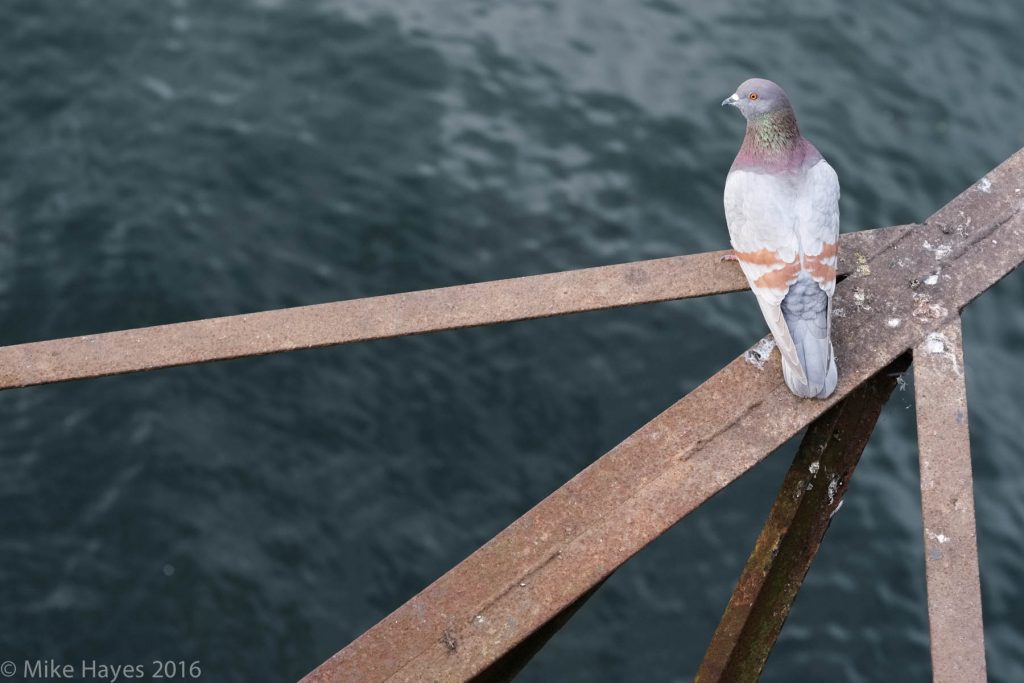 I wouldn’t normally take a picture of a pigeon.. well I might.. but they are very much part of the landscape and in this case come in colour schemes that match rusty metal work perfectly. 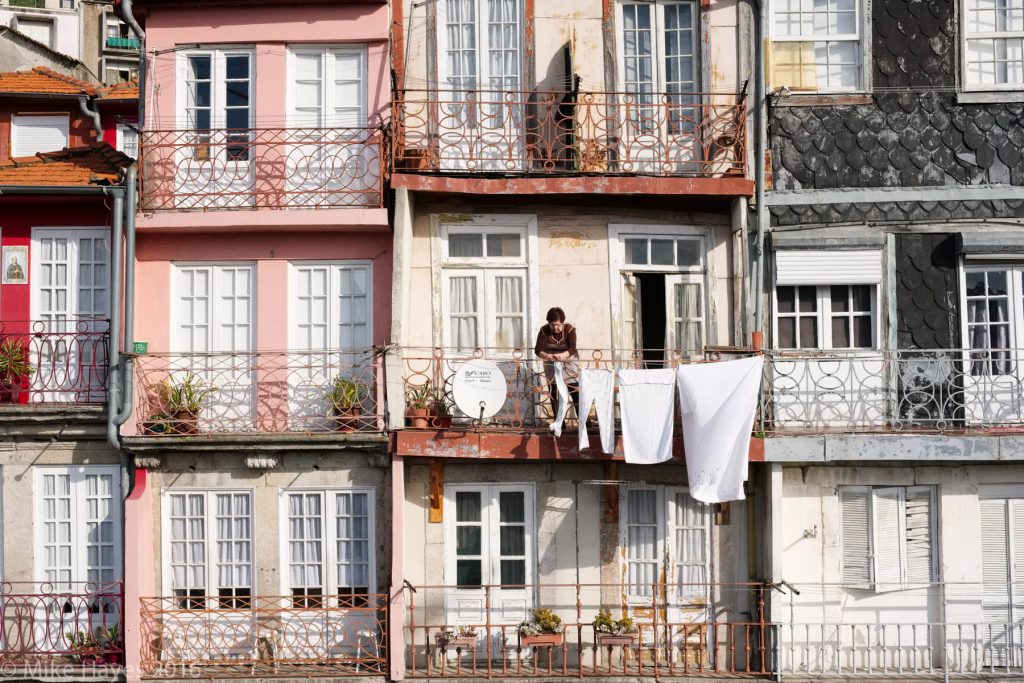 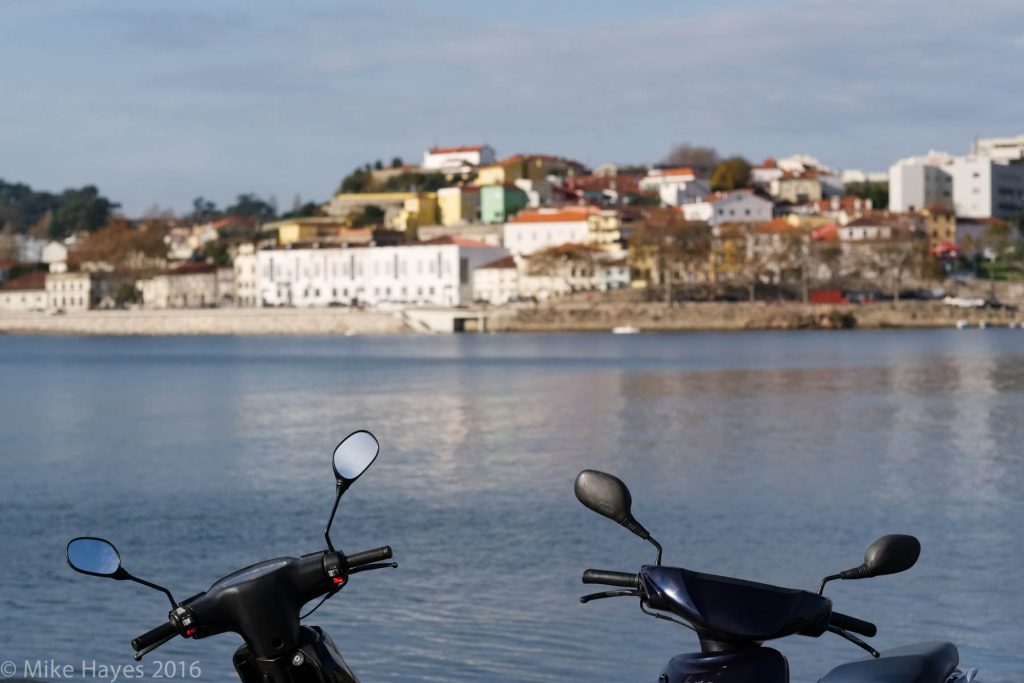 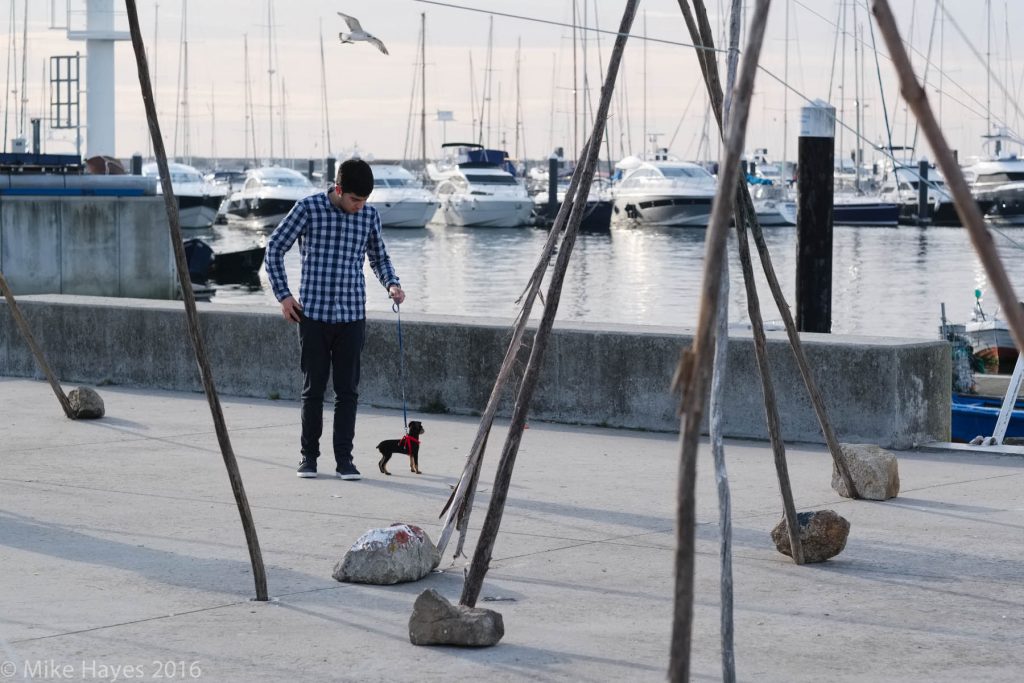 Possibly the smallest dog I have ever seen… barely a meal for that seagull.. 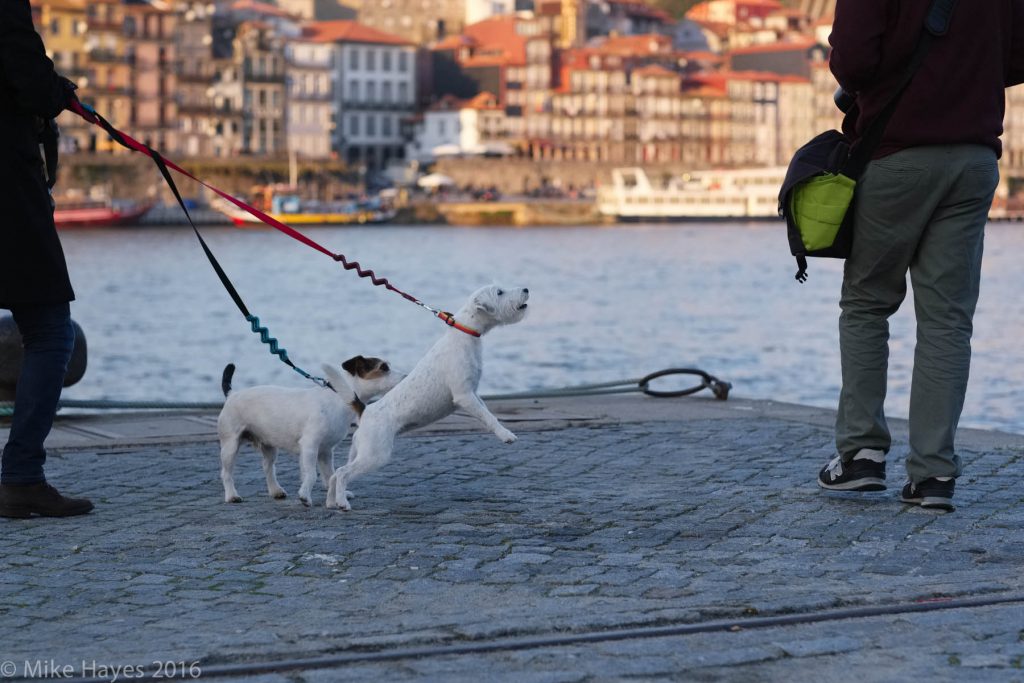 Somewhat larger… and also apparently keen on a passing meal.. 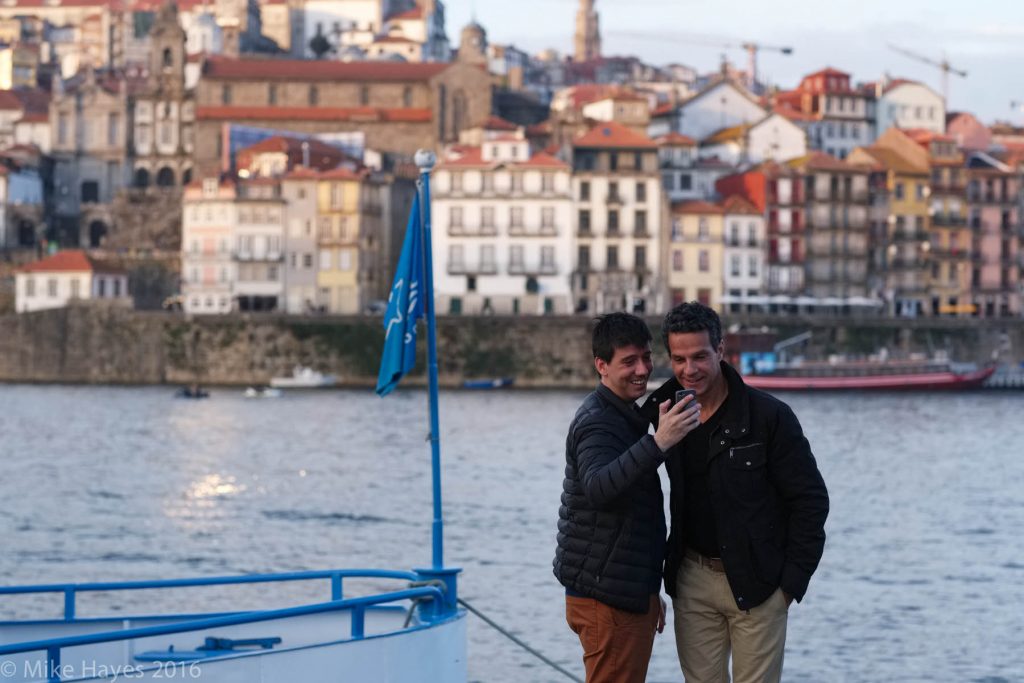 Fascinating people watching, I still find it incredible the degree to which the behaviour of people has been influenced by the advent of the mobile phone. 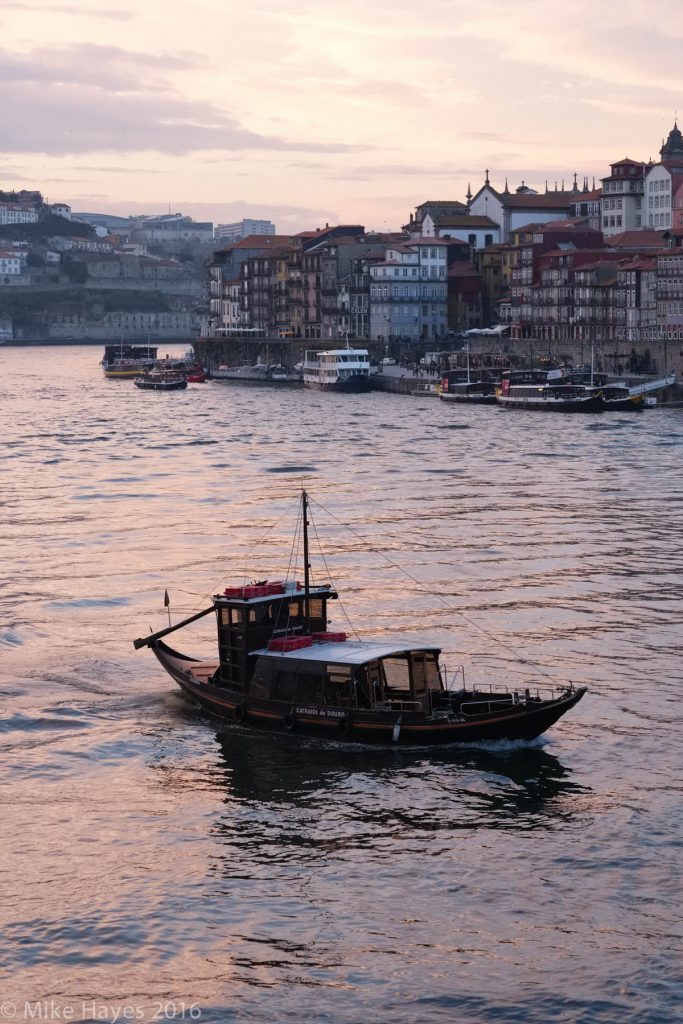 Dusk over the Douro. Obviously… 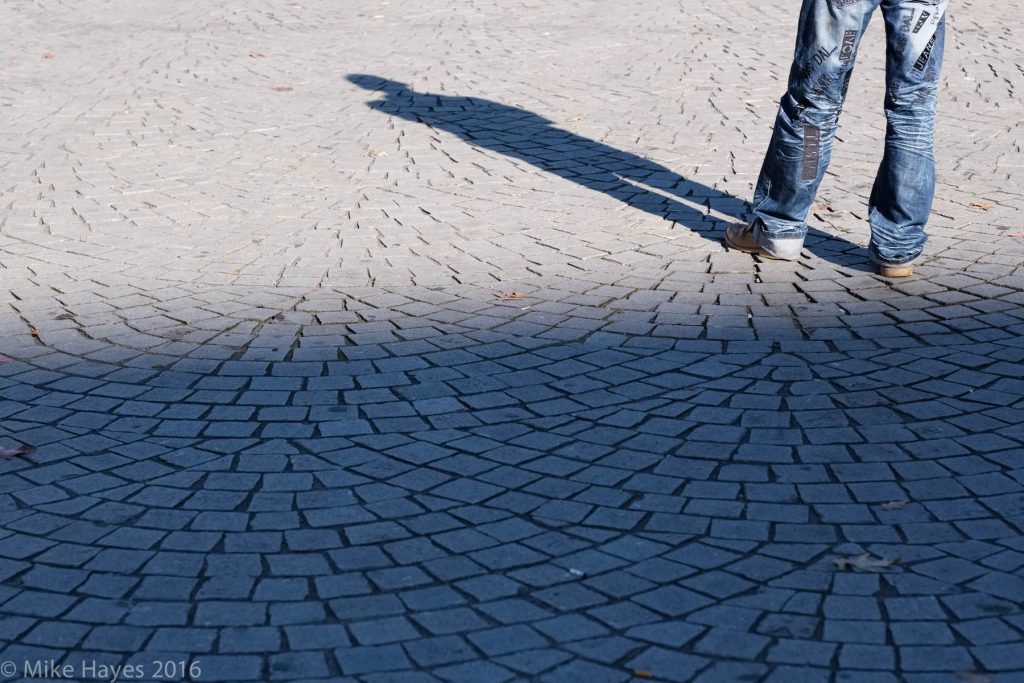 Just shadows and blue and stuff… silly logos on the jeans though. 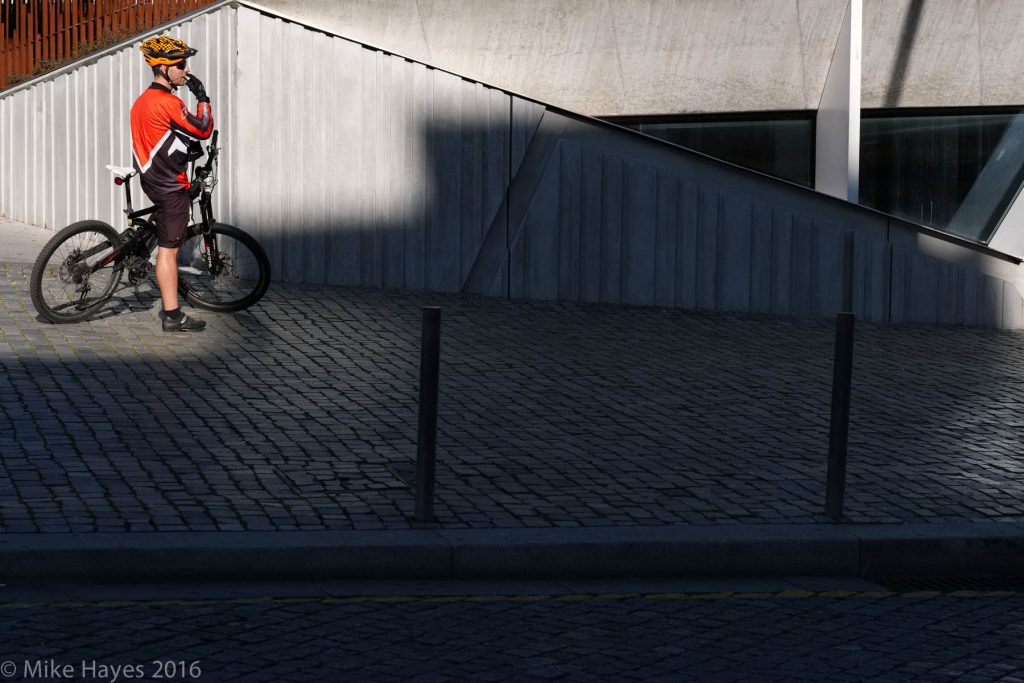 Also shadows… but with some red on two wheels. 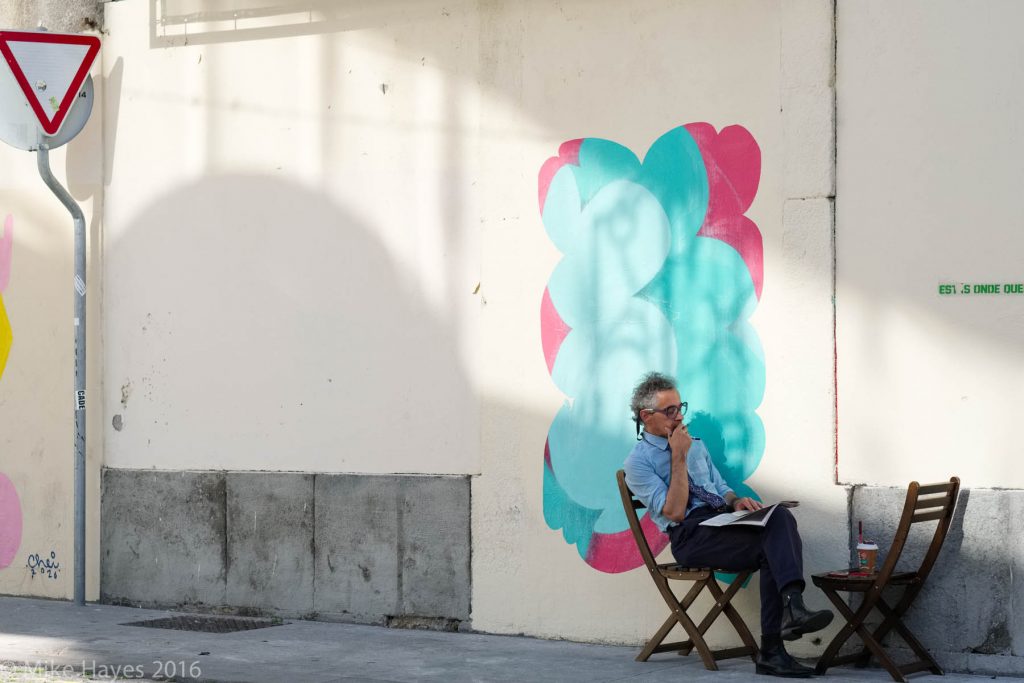 Having coffee with a newspaper rather than a smartphone kind of old school these days I suppose. I approve. 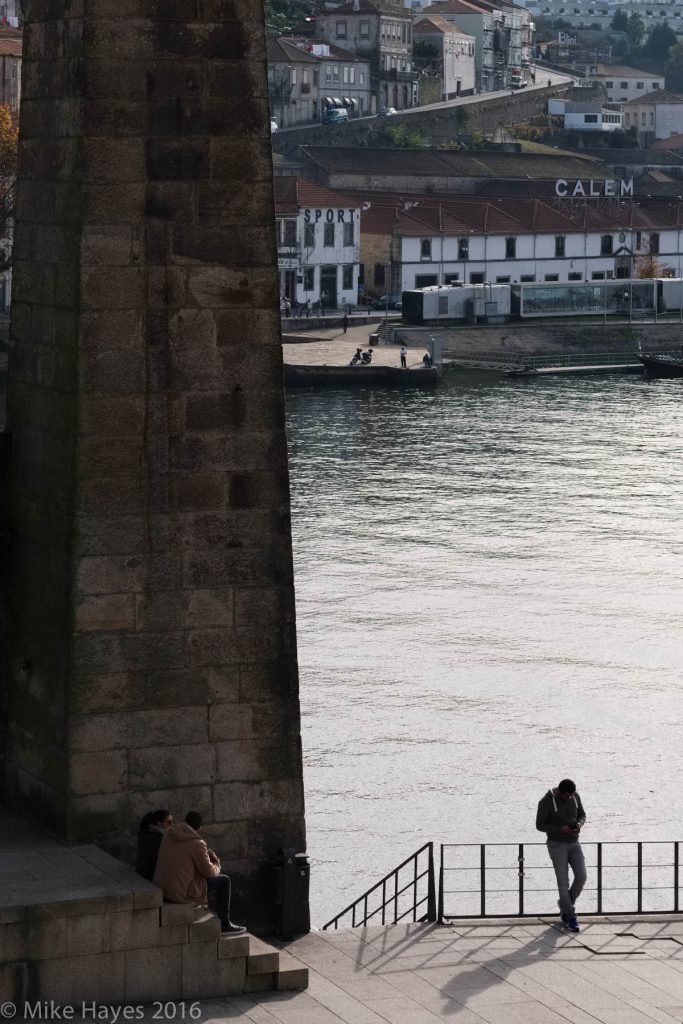 Porto has marvellous bridges but being a numpty I ‘forgot’ to take pictures of them, just bits of.. take my word for it however, they’re lovely. 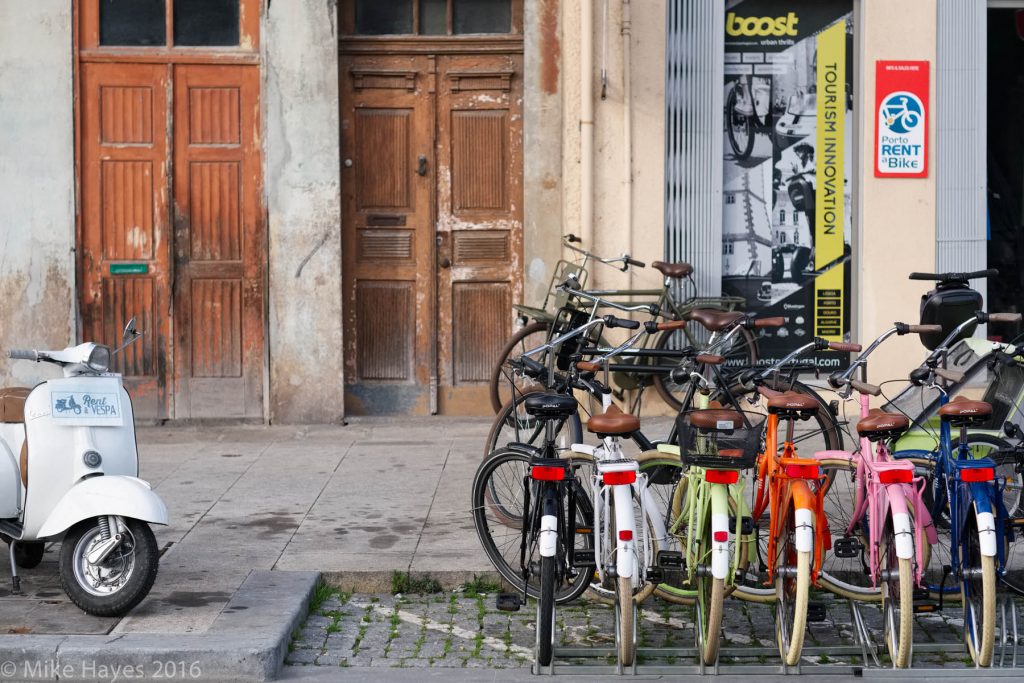 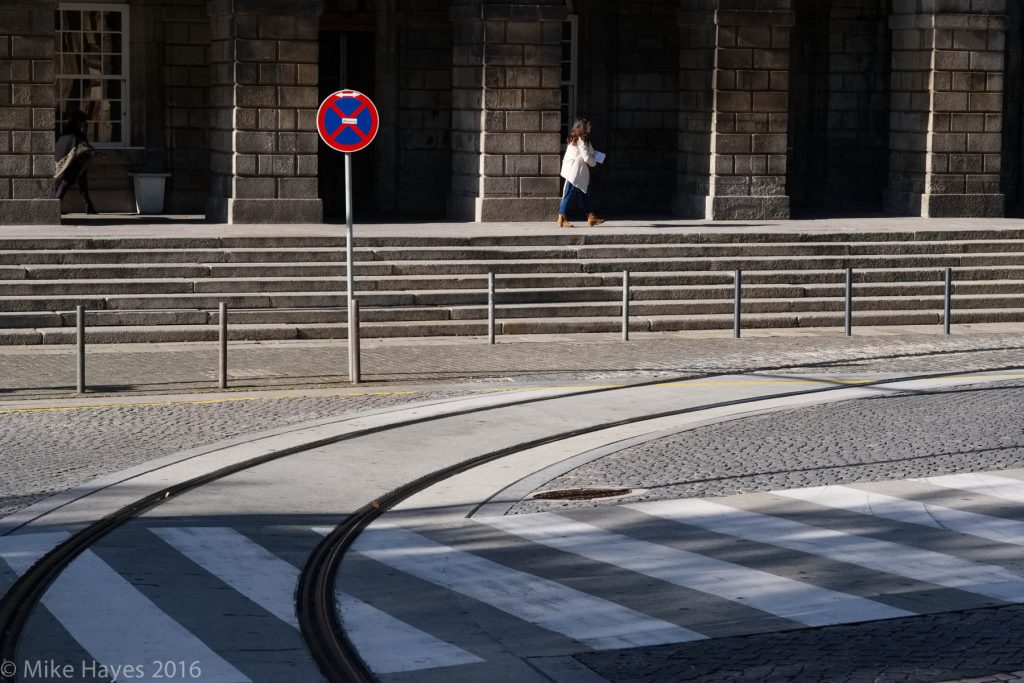 Just rather enjoyed the geometry here. 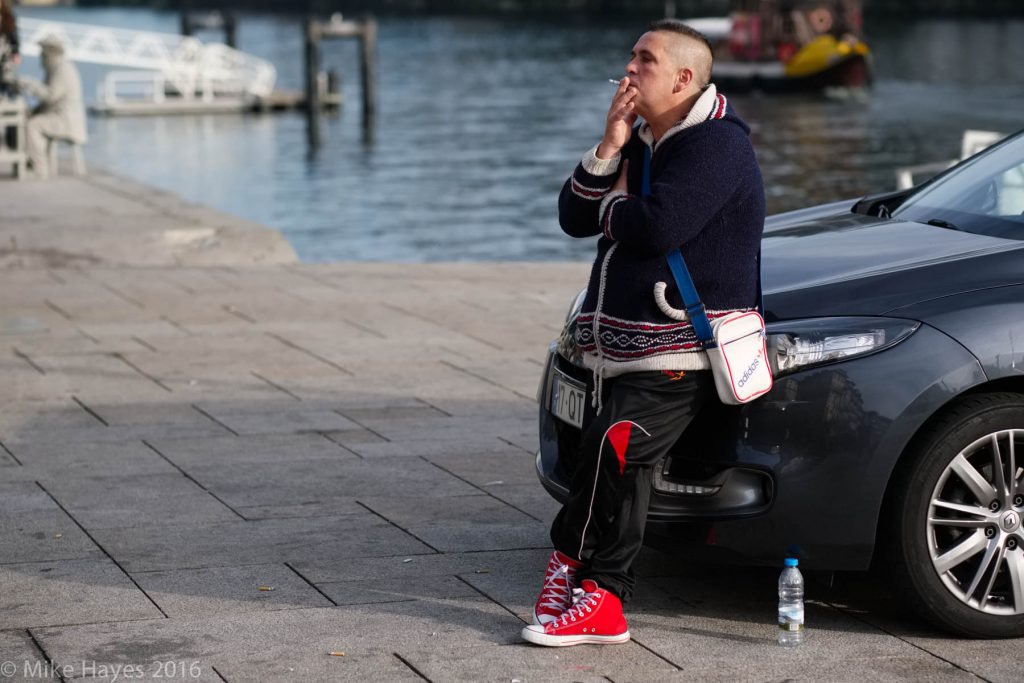 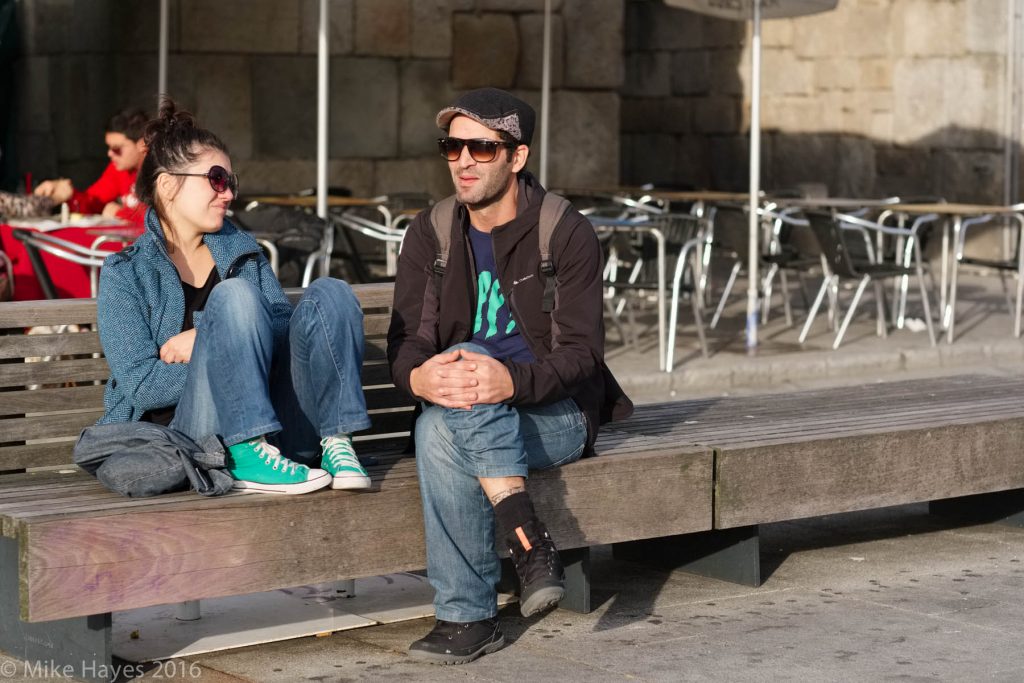 ..or your green shoes. 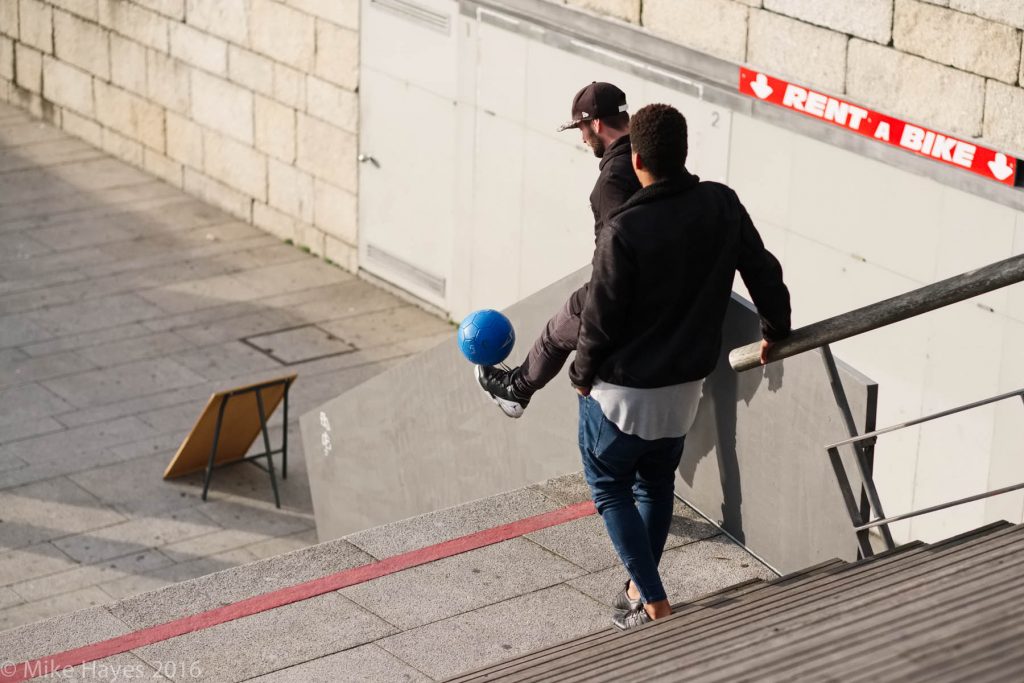 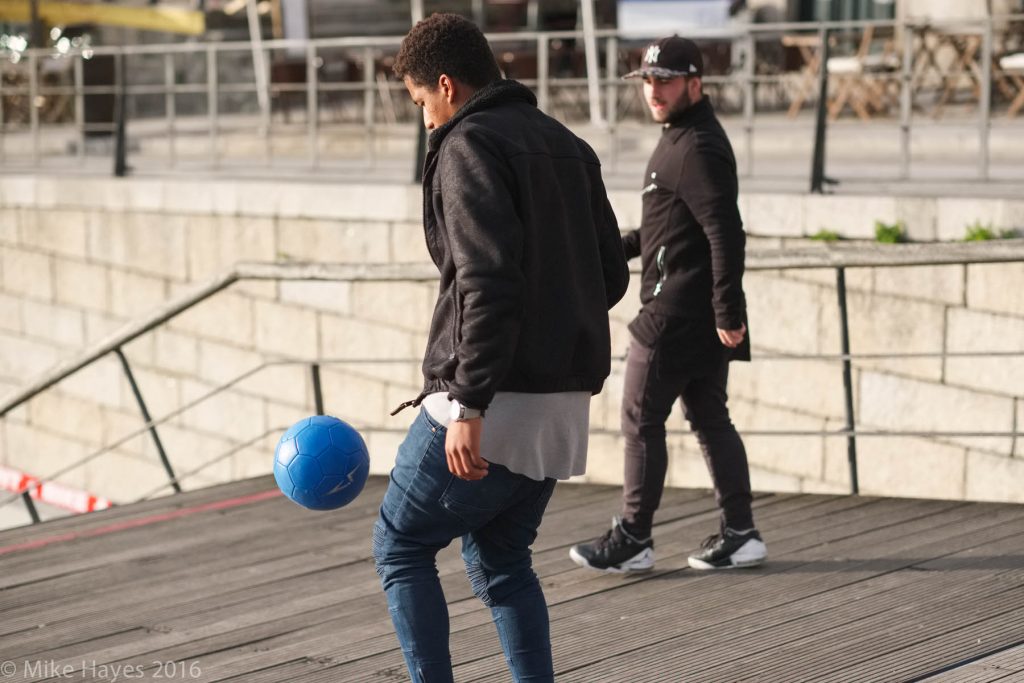 Also footy, I couldn’t decide between the two so as this is just a blog rather than anything proper I’ll include both. 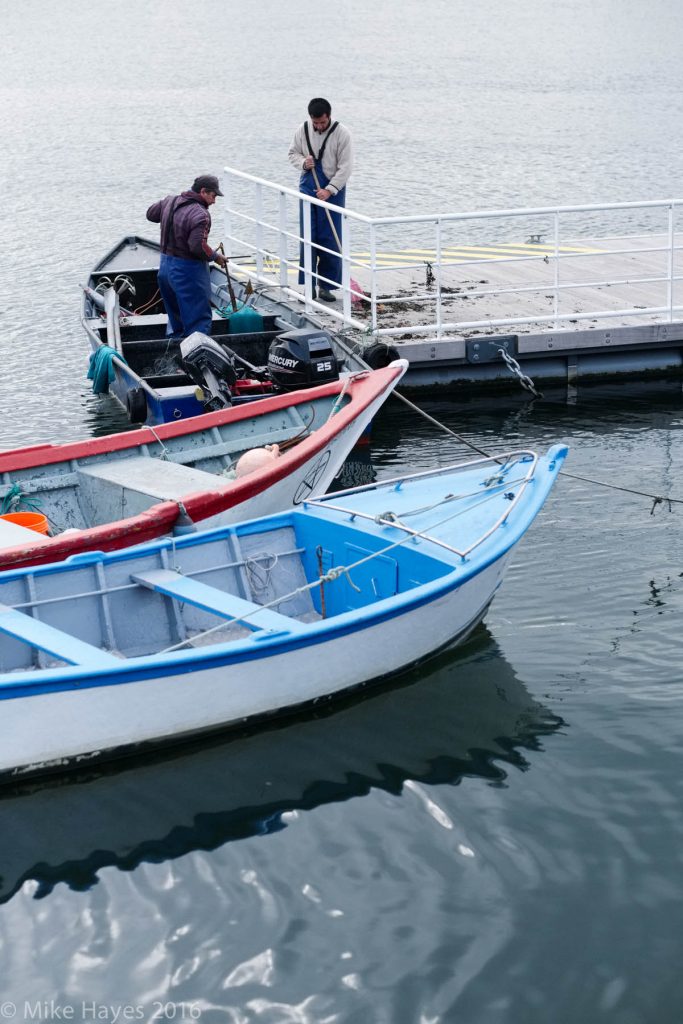 I guess in the absence of a lawn one has to sweep the autumn leaves from one’s mooring instead. 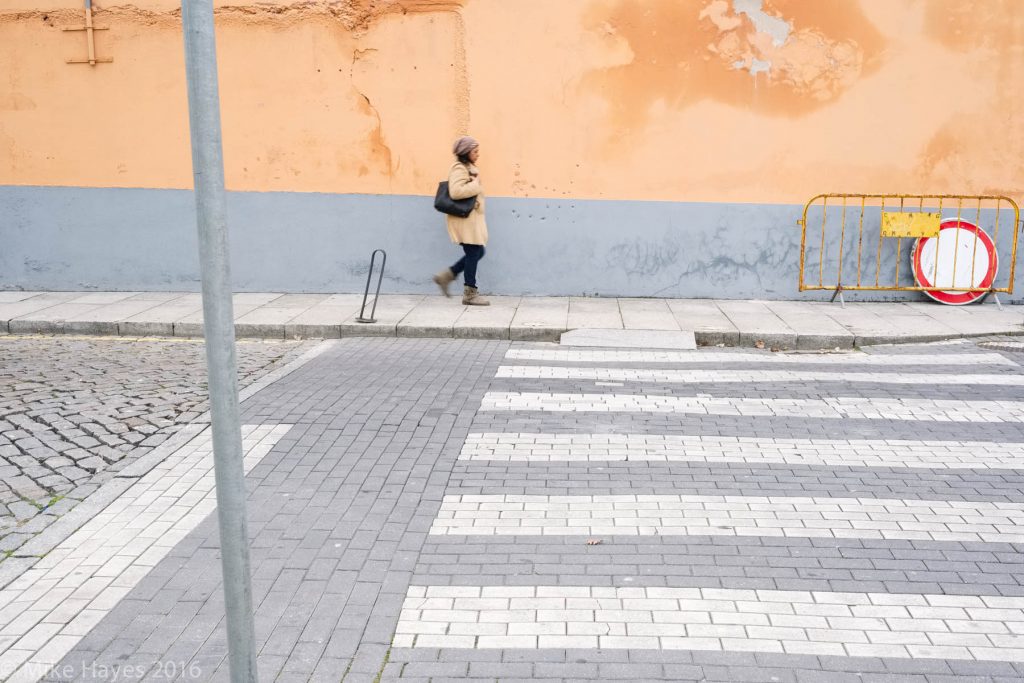 I found Porto to be a lovely laid back sort of a town with friendly people and lots of texture. I liked it. A lot.

8 thoughts on “A Porto Portfolio”