The town I live in has been, and still is, the butt of many jokes within Cornwall. With the collapse of the tin mining industry its fortunes declined dramatically and it became ripe fodder for jokes around the perceived lack of ‘sophistication’ of the heart of west Cornwall. It is a poor area, walk inland a couple of km from the wealth on the coast and you’ll find one of the most deprived areas of the UK, and the only part of the UK to qualify for support from the EU’s regional development fund.  In the context of a Cornwall that has been largely gutted by the second home phenomenon, and turned into something of a luxury theme park, it turns out that from a personal perspective it is not an entirely bad thing that it is this way. 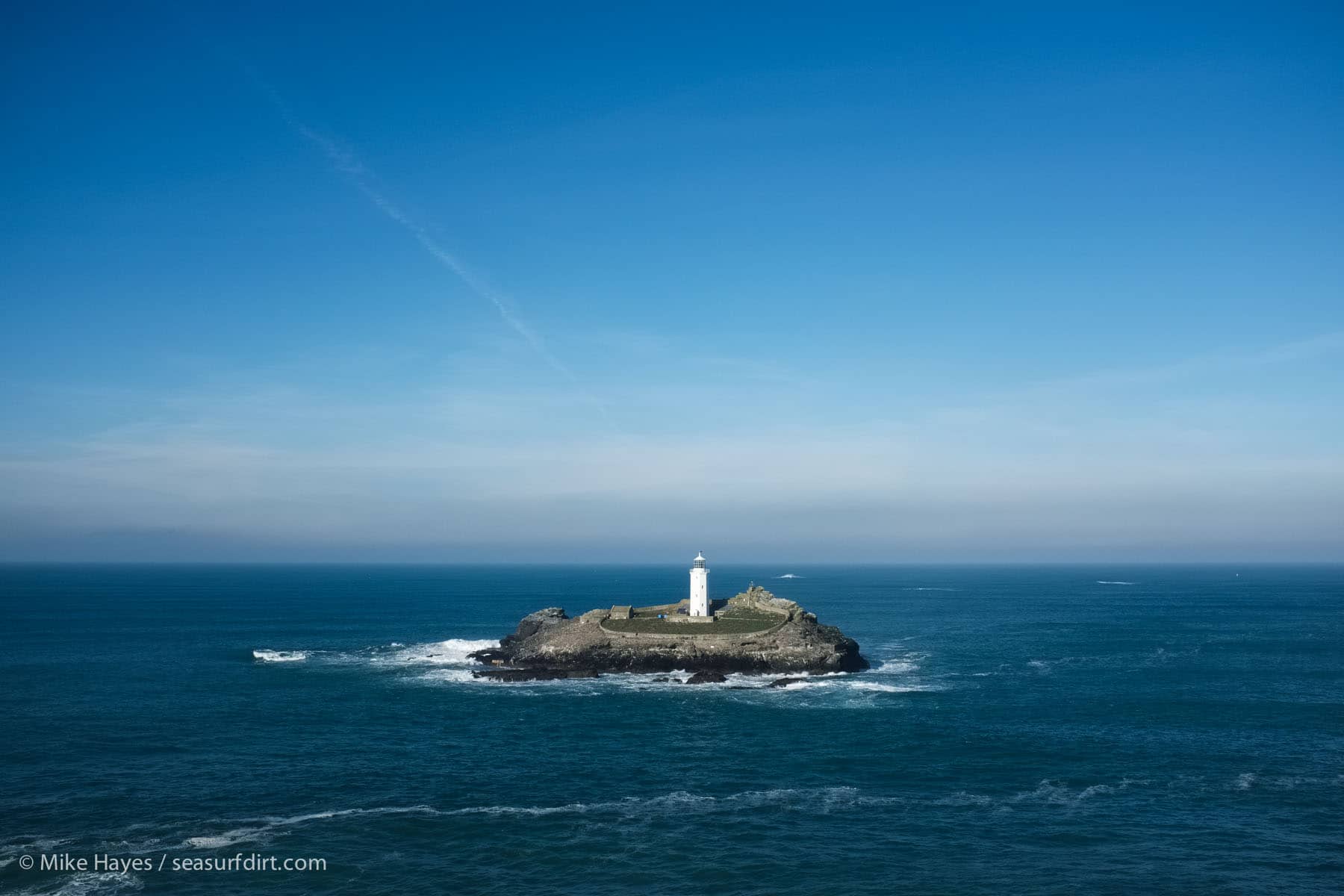 Something of an iconic view from this part of the world. It is always different.. sea state, tidal flow, the lighting and so on. With a large colony just around the corner there there are always seals bobbing around too.

Unlike many coastal ex-communities the place I live is not considered “desirable”, which means it is still a friendly, functioning community with a usefully stocked high street, and is just far enough inland (about 3km I think as the crow flies), to mean that housing is still just about affordable. It also means that I have access to a super ‘escape route’ for those moments when I cannot stand to look at another line of code and just have to get away from my desk, or for when life is simply getting me down. I’ve come to think of it as my ‘mental health loop’. A ride that packs in lots of that which does me good into a very short distance. 30km of mixed road and trail that has dense forest, open farmland, booming coastal views, birds, and dependent on season.. lots of mud, or dust. It doesn’t need much more than an hour away from my desk, but usually soaks up much longer because there wouldn’t be any point in having swapped a career for self-employment if it didn’t. Cornwall doesn’t have wilderness and an extensive trail network to lose yourself on but there are some terrific little pockets of goodness that can be made the most of, and for which I am grateful. 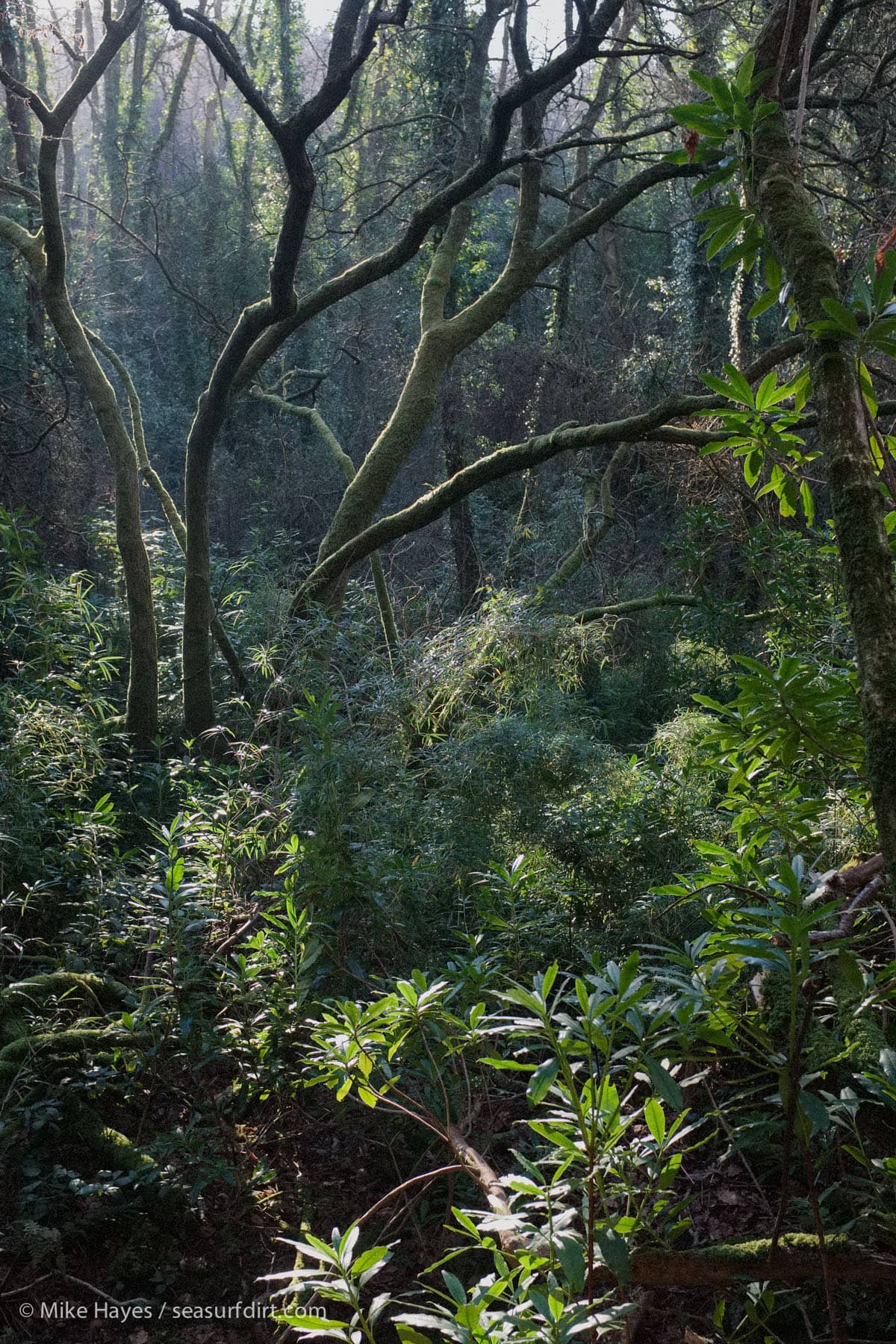 The sheltered valleys and mild climate engender growth of the kind you might expect to see in somewhat more tropical latitudes.. The early morning light a couple of weeks ago was fabulous… The woods were filled with birdsong and being early on a Tuesday morning there wasn’t a soul around. Perfect. 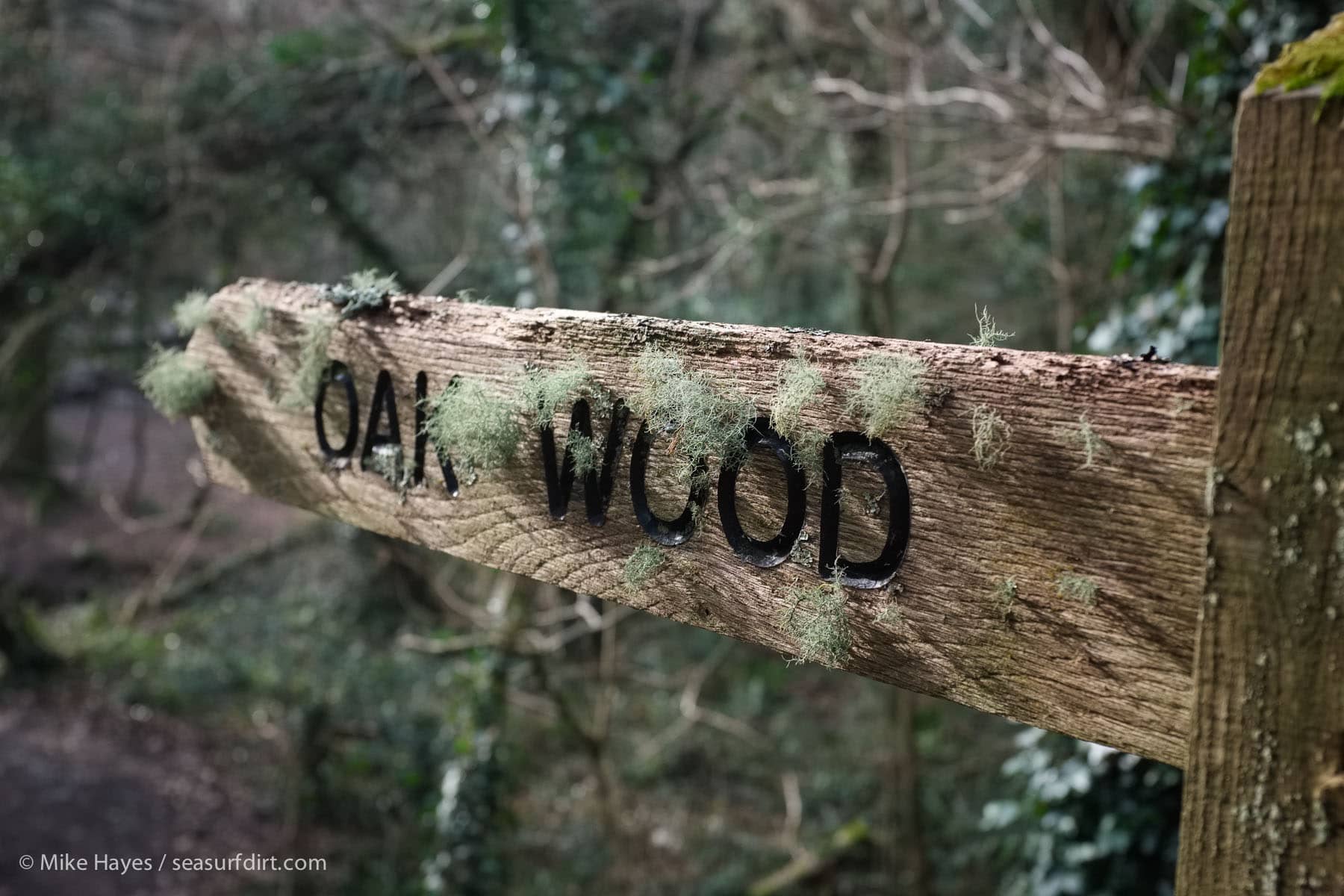 What it says… and beautifully bearded with lichen. 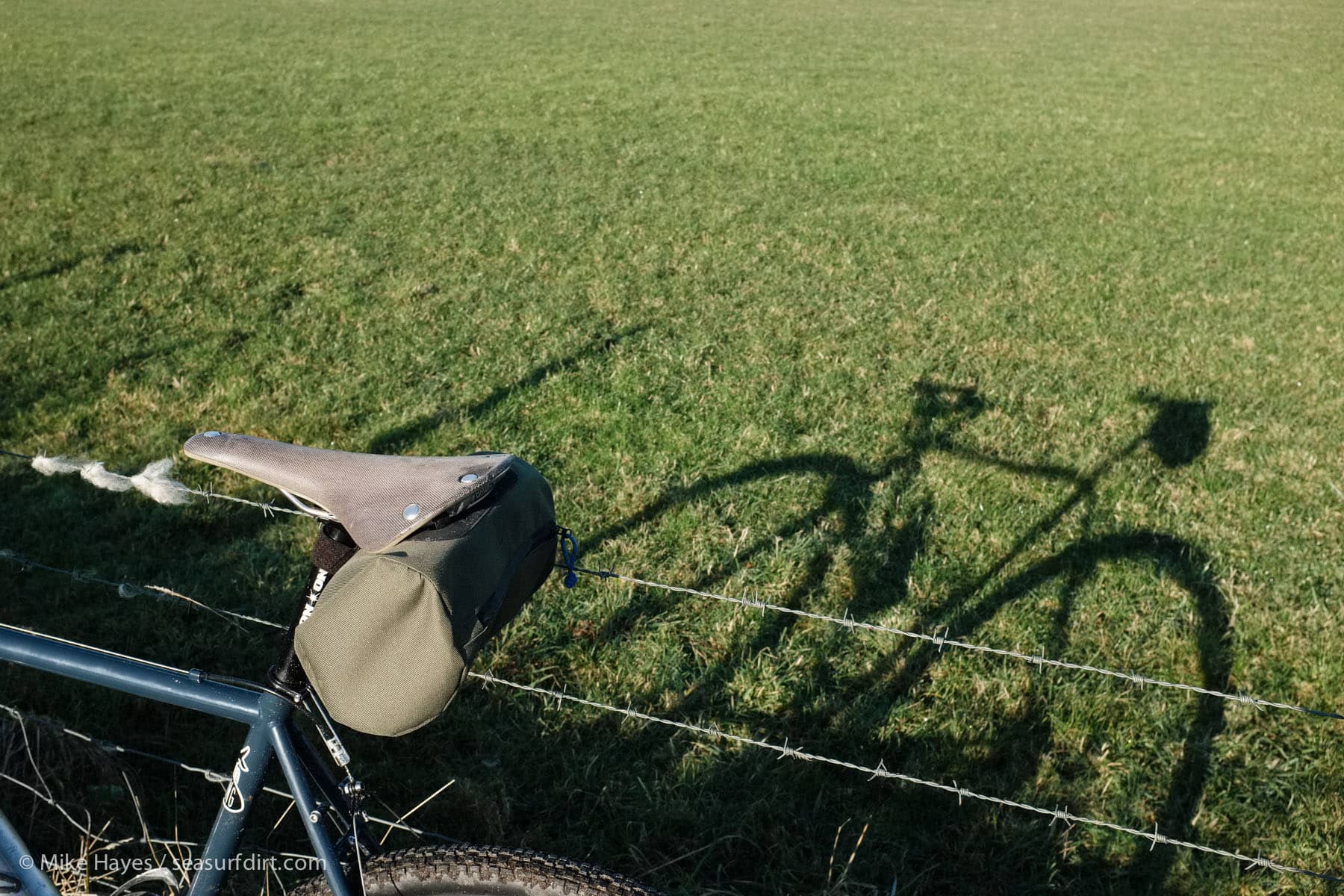 Low winter sun. I’m quite a fan of the more old-fashioned barrel-style of saddle bag. I can cram a lot in and the accessibility is very good. This one is the subject of an article I recently wrote up for another site. A “how to make one” using recycled materials and so on that is shortly to be published. I’ll let you know when it is so you can… make your own. 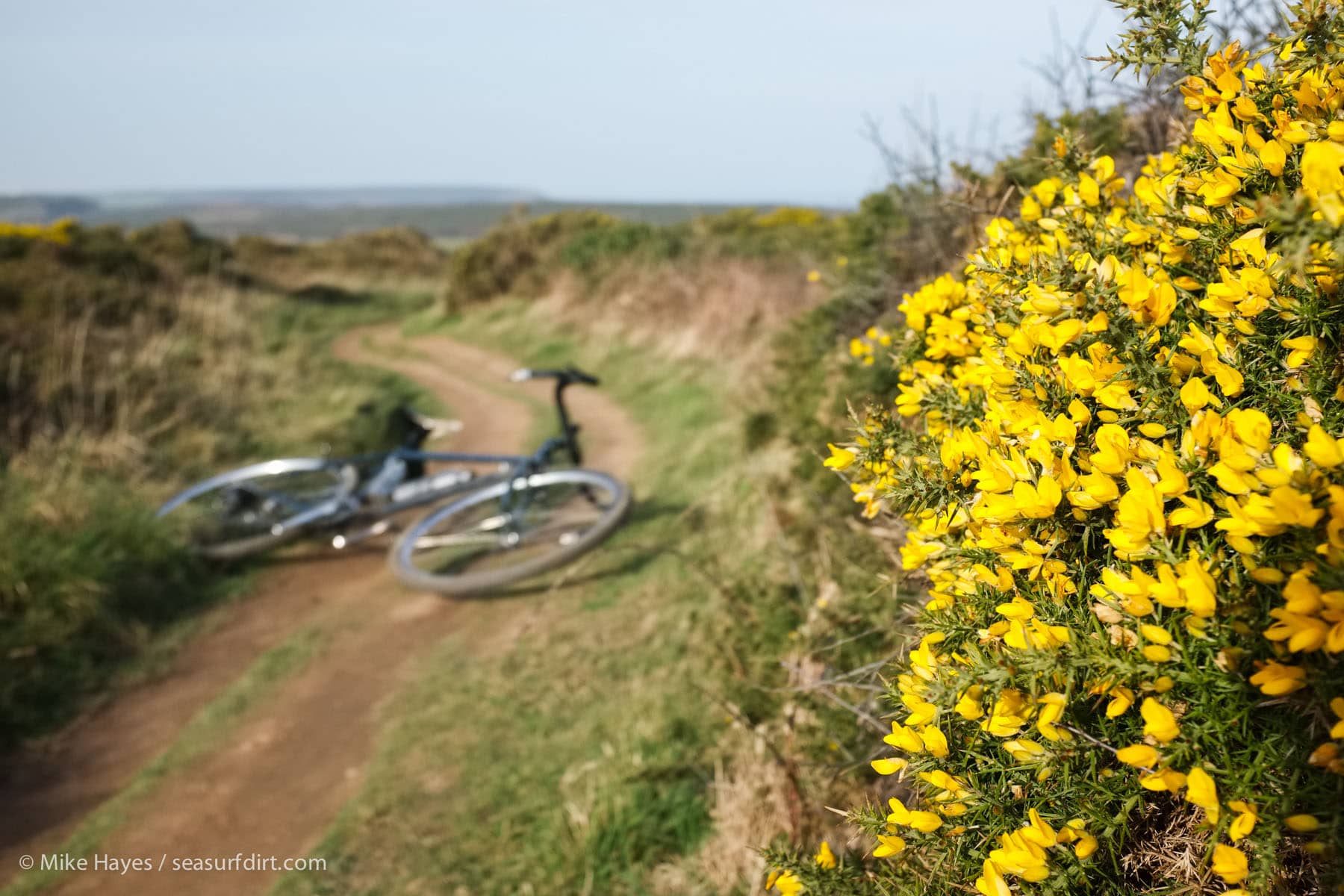 It has been feeling an awful lot like spring recently although as I write the rain is hammering and wind howling so perhaps not just yet.. 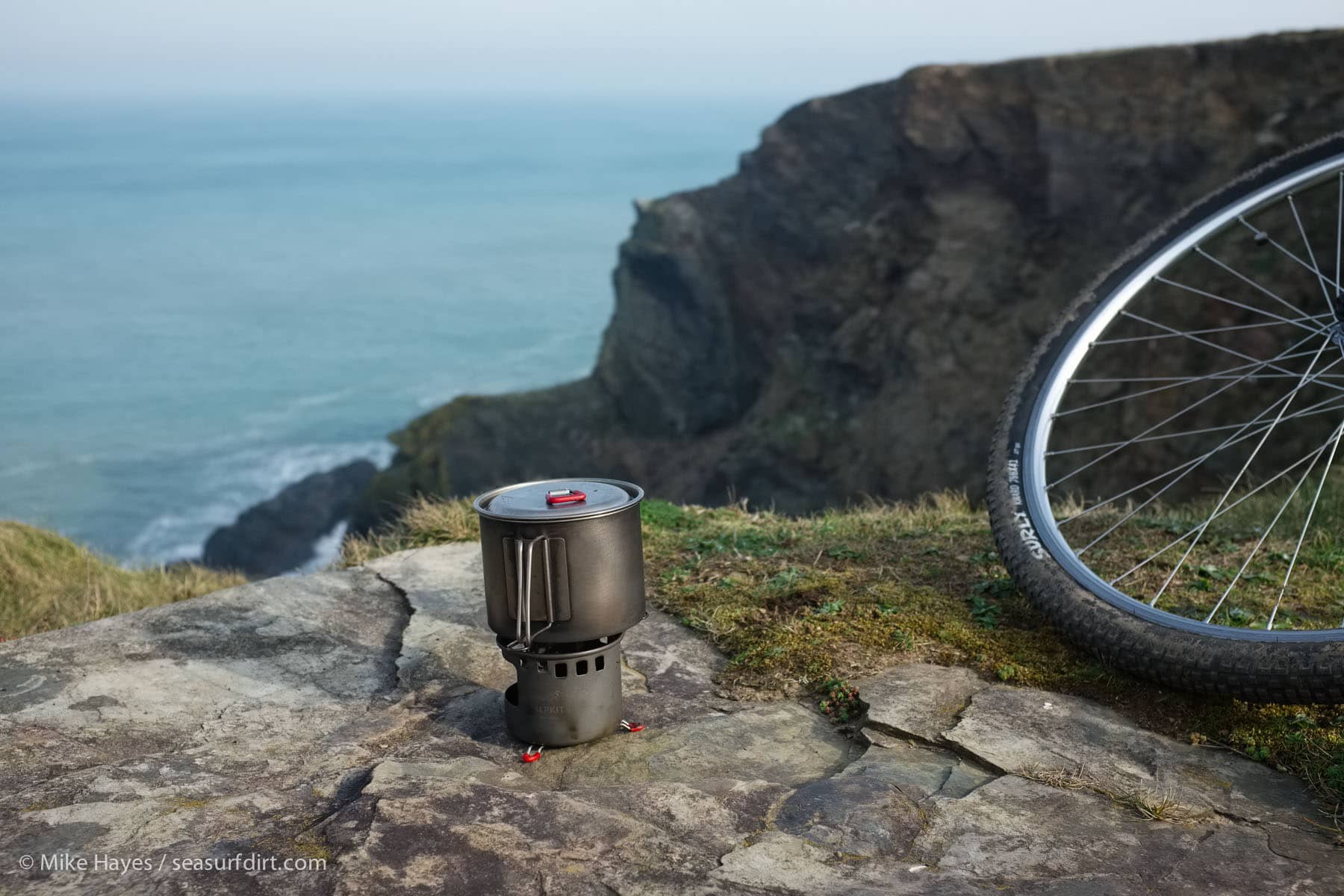 Sometimes I take a stove and coffee; it’s nicer than having a brew at my desk. On this occasion the kittiwakes had not long returned from the open ocean where they winter, and were paired up and busy nesting on the ledges in the cliff face. As with most seabirds the population is under significant pressure so I feel that it is a sight that must not be taken for granted. I spent quite a while watching them but as I only had a 35mm lens with me I took a picture of my stove instead… 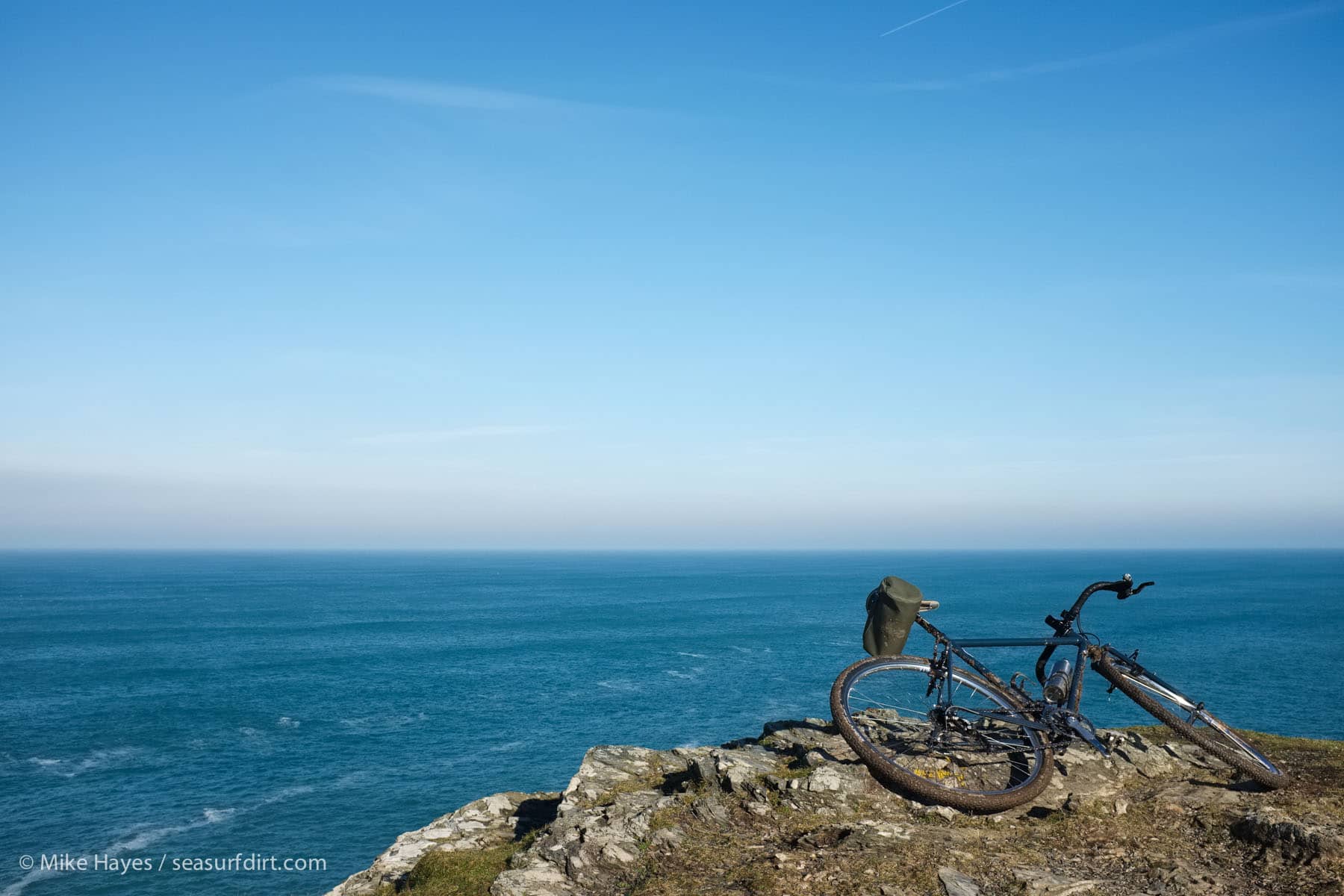 Sometimes it’s good to sit and stare at an empty horizon… my bike is the reason I have not been sea kayaking so frequently of late. When I just need an escape all I have to do is open my front door and ride. No travel to a launch venue, no gear to think about, no tidal planning etc etc.. Kayaking takes more time too so is no good for a midweek quick fix. A bike is just such an easy way to find that escape. 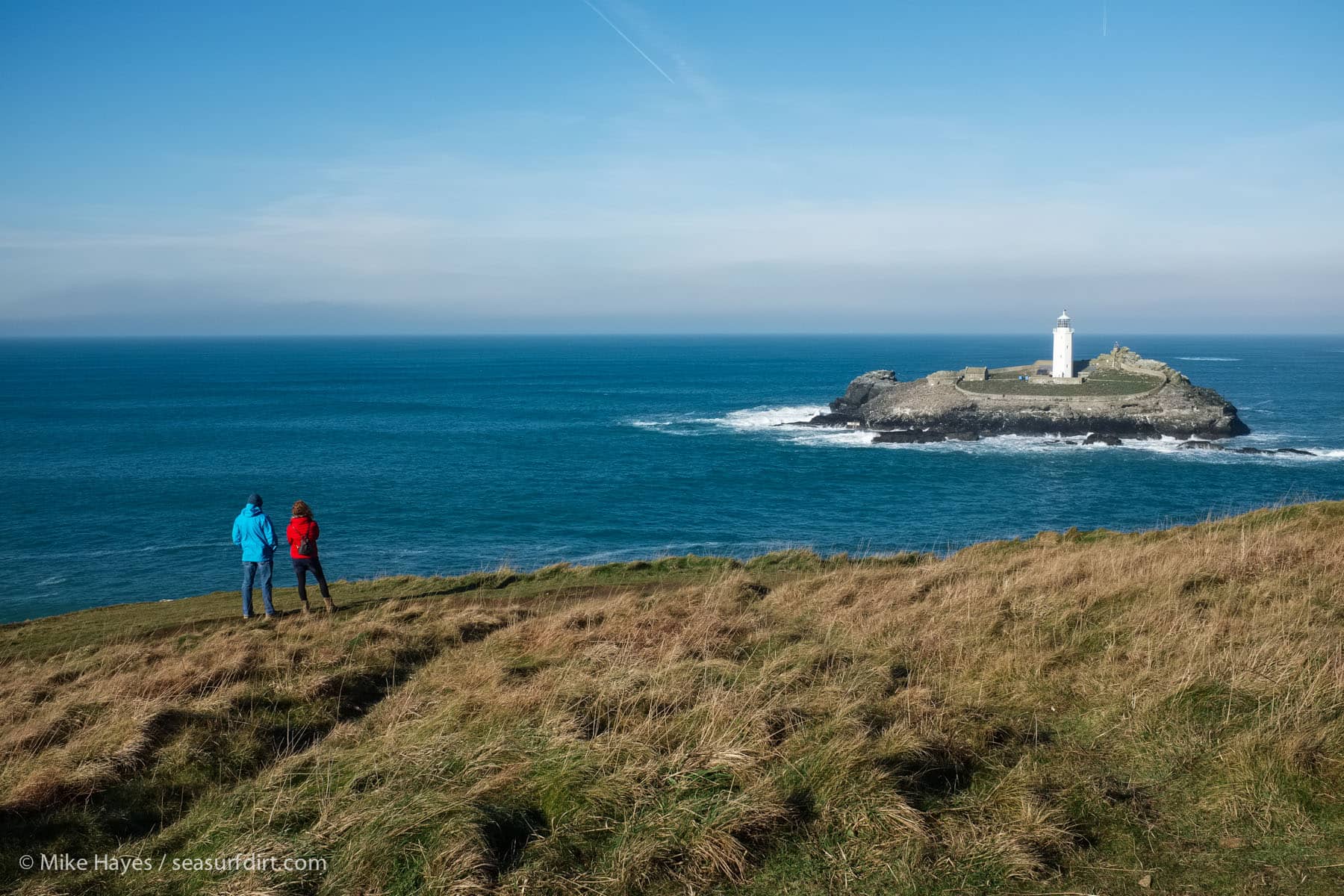 Godrevy itself is a known beauty spot, and hence attracts large numbers of visitors. In summer I generally avoid but in winter it’s a little less frantic. Happily most people seem super-reluctant to stray further than 10 mins walk from a car so even when crowded it’s not hard to escape. 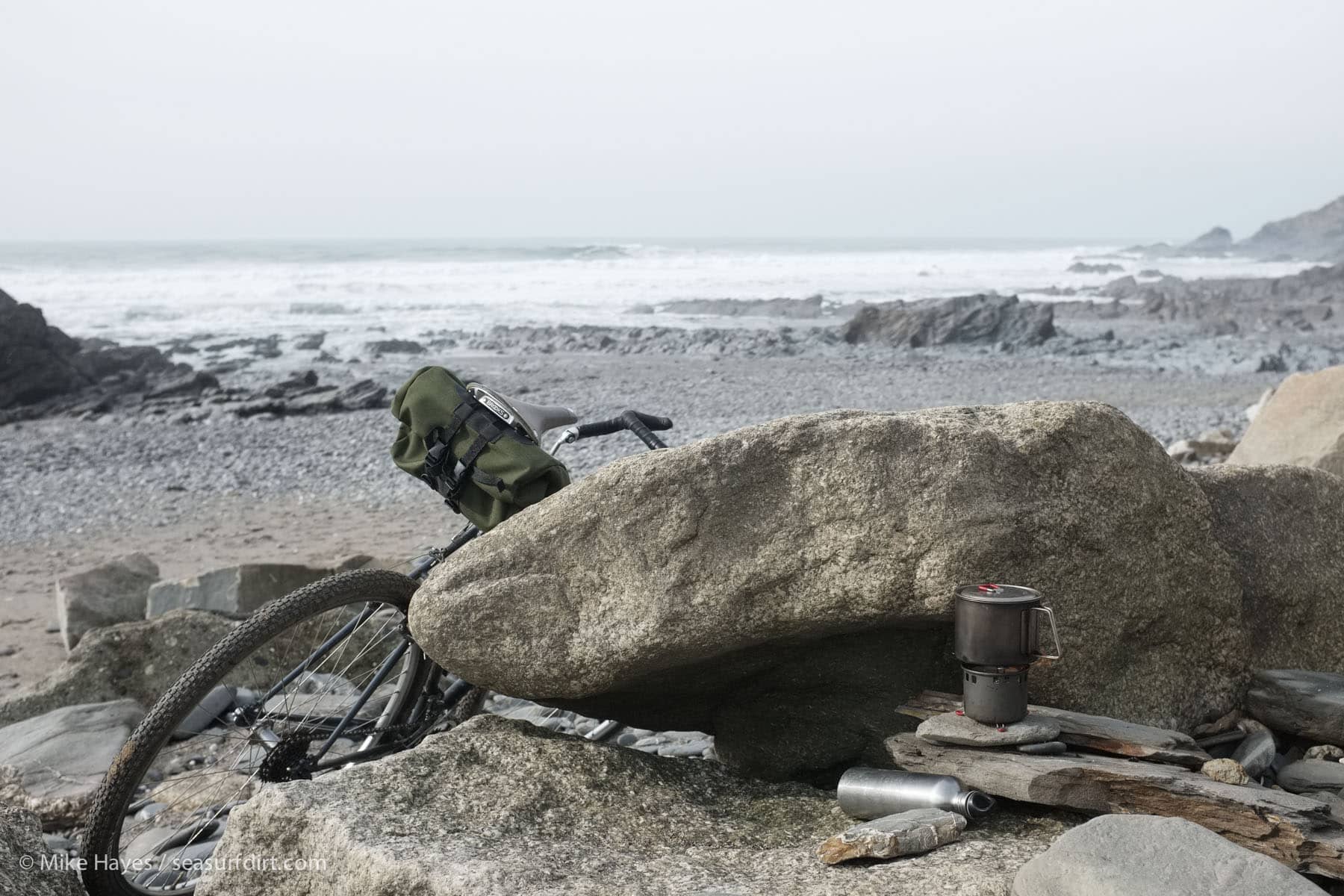 The reality of course is that I have a few favourite “mental health loops”.. some require more time than others. This one I can easily turn into a 6 or 7 hour ride. It is always good to take a stove and find a quiet spot for a brew and contemplation. 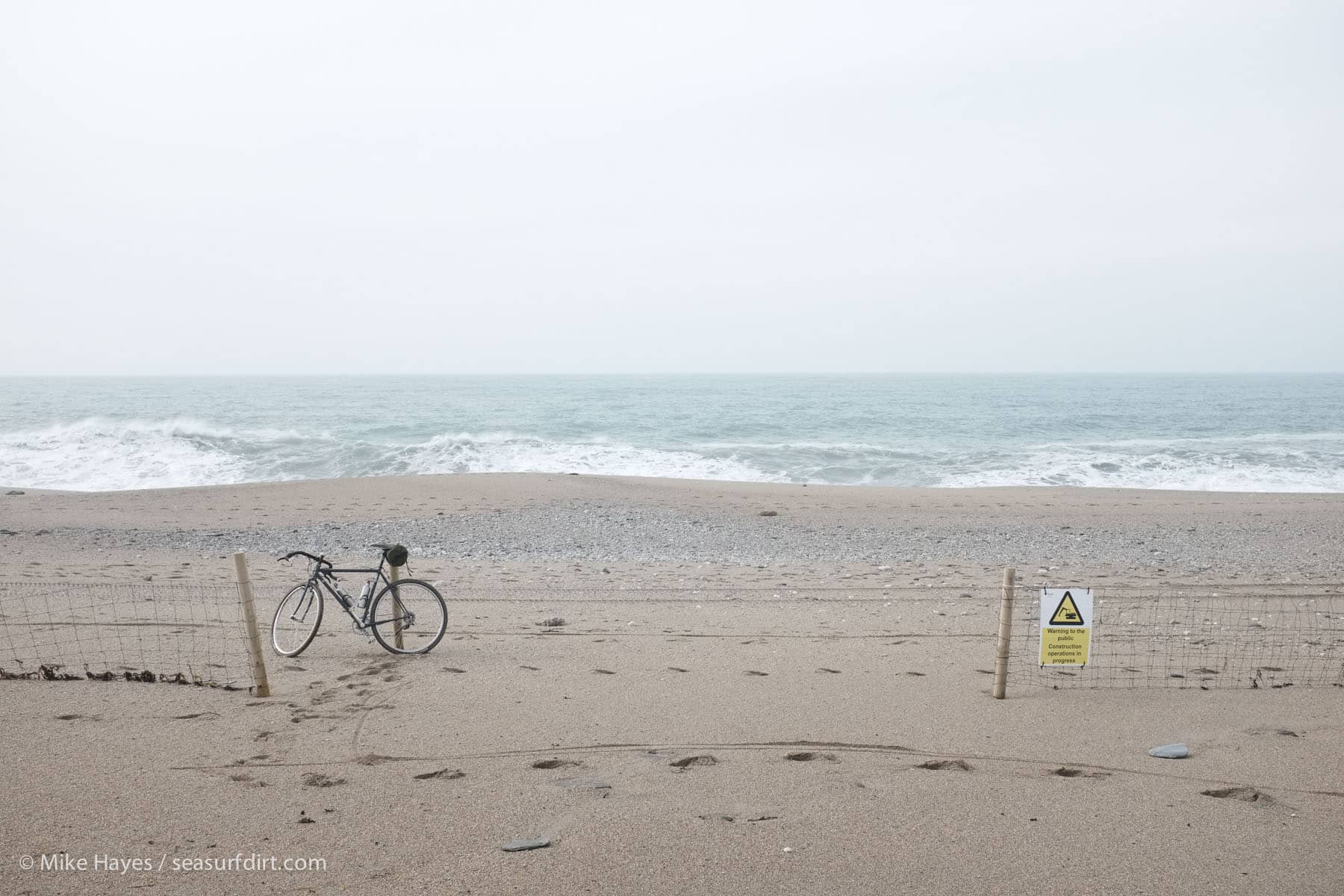 Terrain more suited to a fat bike, but it’s a nice walk/drag on the soft sand with the huge Atlantic surf booming. 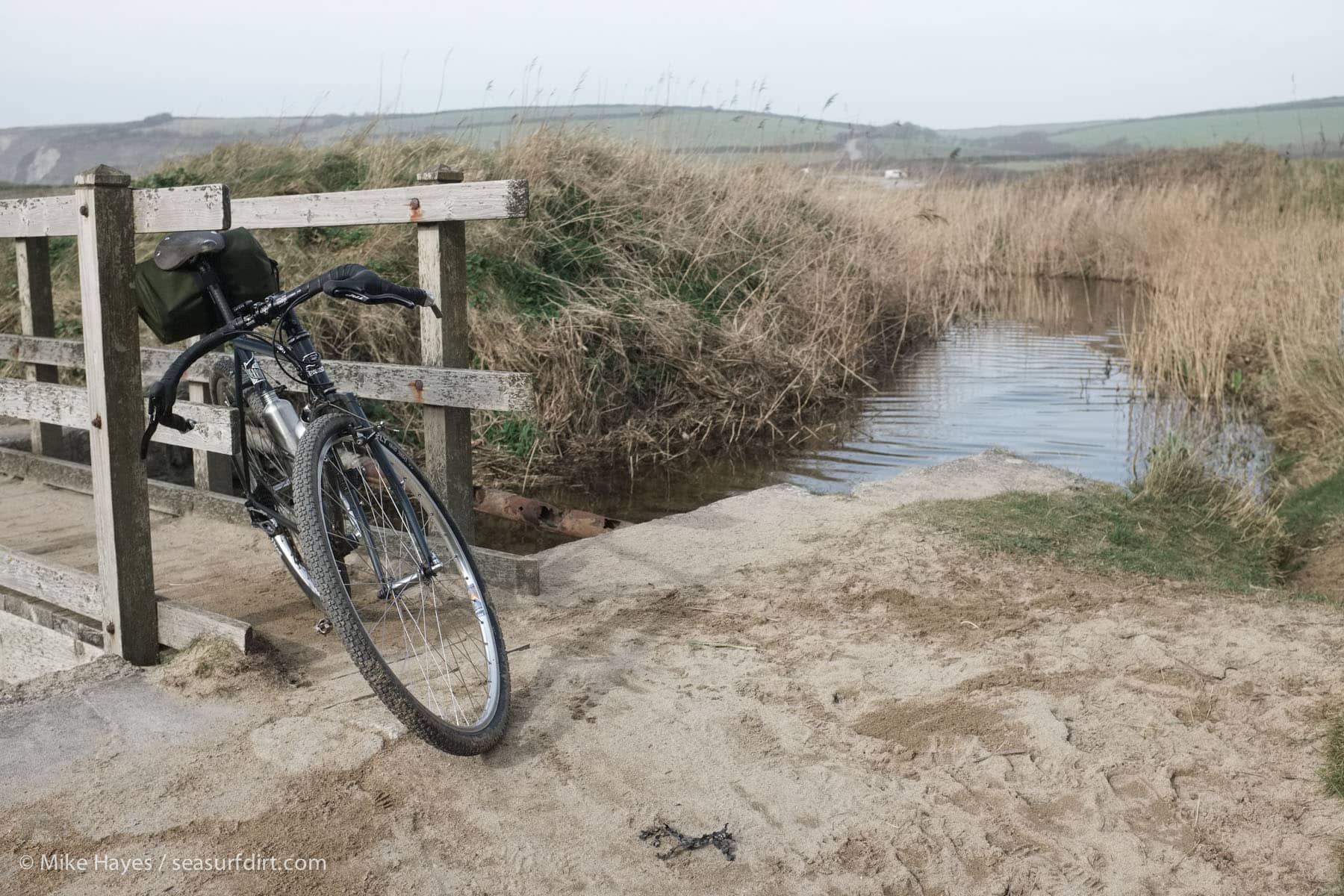 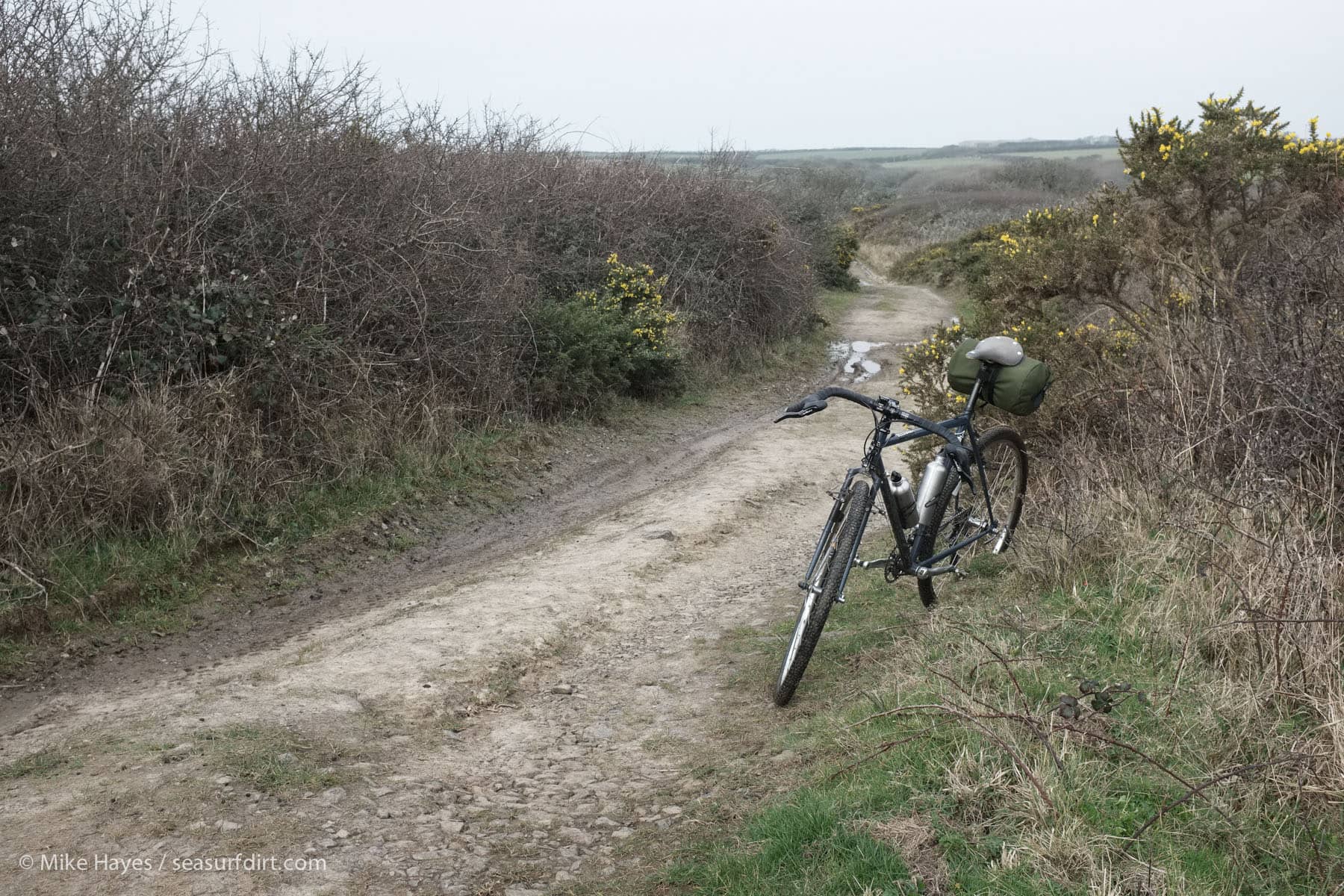 Some parts drain well, others not so well.. this appealing track deteriorated very quickly into an unrideably deep, swampy quagmire. Another walk/drag… 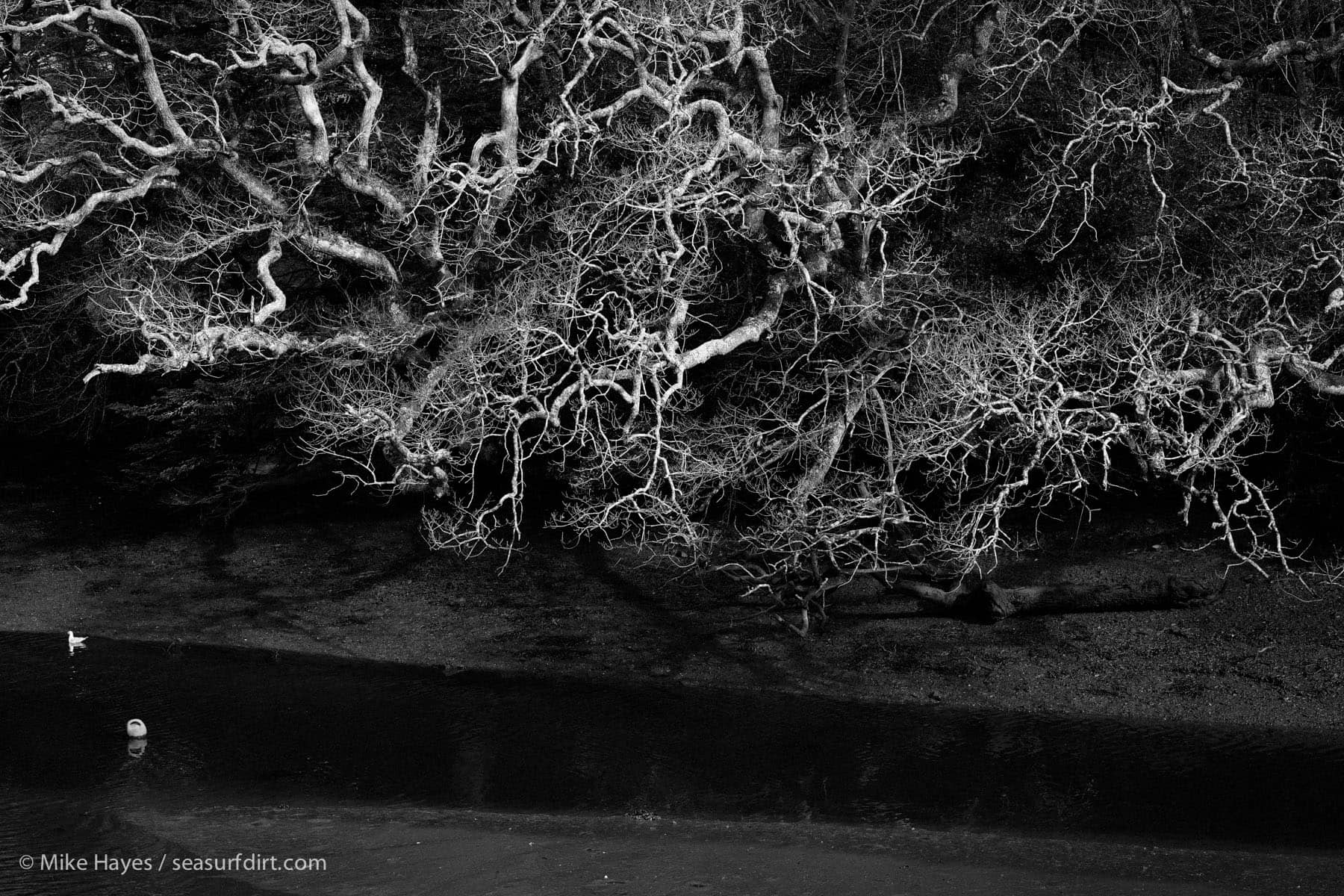 Finally… nothing to do with this post but it’s a bit of an orphan so needs a home. Recently out riding around the creeks of the Helford Estuary with a mate. The winter-time trees were simply fabulous.