Hola, today I’m writing from Valle la Angostura in Argentina, it calls itself El Jardin de Patagonia… and it really is rather beautiful. The town looks and feels almost identical to Banff, same homogenous natural wood and stone architecture, shops geared towards mountain sports and so on.. very much the mountain resort… just without the Japanese tourists… but loads of Argentine visitors, busiest place I’ve seen so far :-)

So, back to Monday evening…. having totally sorted myself out with lunch consisting of slabs of local trout, pan fried, with rice, chips, salad, bread and beer, rounded off with a big slab of raspberry kuchen and coffee, I couldn’t be bothered to fire up my stove just for tea in the afternoon so I went up to the house of the lady who owned the camp with my mug & a tea bag to scrounge some hot water from the kettle.. she was just cooking dinner for the family so along with the hot water I also got another great slab of trout… all I really wanted was tea and biscuits but it would have been rude to turn it down… yum :-)

I did myself no favours at all yesterday, it was a long day (7.5hrs) on the bike with something like 3000m climbing in total, climbing the pass between exiting Chile and entering Argentina was a moderately brutal exercise, 22km of climbing at grades around 12%, at times the trucks weren’t going much faster than I was… took over 2hrs to reach the pass… above the tree line and surrounded by snow covered peaks. Border formalities on both sides were simple… just time consuming.

I got here about 4.30pm, found a proper campsite (hot water and all, lol) on the outskirts of town and instantly made friends with a couple of Argentinians camping ‘next door’… which took care of my evening and put paid paid to any chance of my legs recovering.. first the caffeine load from a few rounds of sharing maté (not the cocoa tea from further north on the altiplano)… a social thing, drunk from a gourd with a silver straw.. it contains a fair bit of caffeine so although exhausted I was buzzing.. and then into town for beer and snacks and it was gone 10pm before we remembered to get something to eat… The whole evening stretched my Spanish to the limit… hard work but also really good for me..

Anyway, off now to ride down to the lake having had a post lunch doze to meet a couple of cyclists from the Netherlands for tea. I’ll upload some pics later… pics now added below.

postscript @5pm…. as for my next move… north to San Martin de los Andes… not sure how far it is, I know at least 50km is dirt road, I know it’s very hilly but depending on who you talk to it is somewere between 100 and 200km away, which means the map may not be entirely accurate (won’t be the first time)… so planning on a wild camp tomorrow night, the really long days are hard to recover from if riding every day. So now if you’ll excuse me, my litre of Cerveza Patagonia is getting warm..

p.p.s. I know I make light of it but it is bloody hard work cycling in the mountains, and now I’m in the heart of the mountains it will only get harder as the extremes of temperature increase, the altitude increases and the roads get worse… so if you were still dithering over the sponsorship thing you can be sure that atmany times in the near future I’ll be suffering horribly, lol :-) 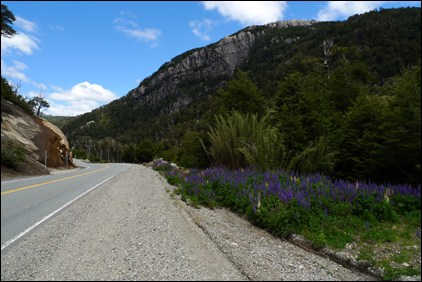 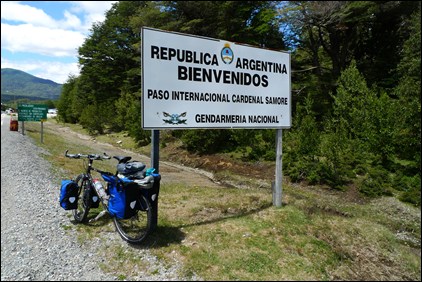 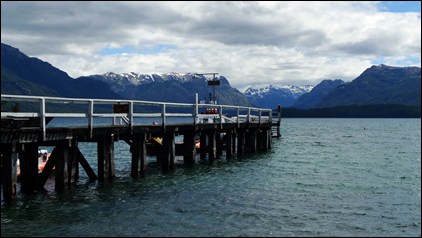 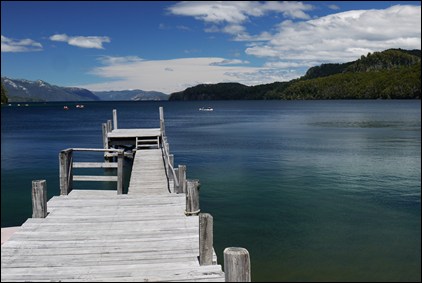