… first a bunch of pics that might give a sense of this place… and then that third interesting thing.. which, with reference to yesterday’s post, is really a third and a fourth (yes, very Monty P) and on reflection only mildly interesting rather than a huge revelation.. ;-) Oh, and if you haven’t sponsored me yet then you can right now, it’s that big blue button over there on the right… I’m back on the bicycle tomorrow. 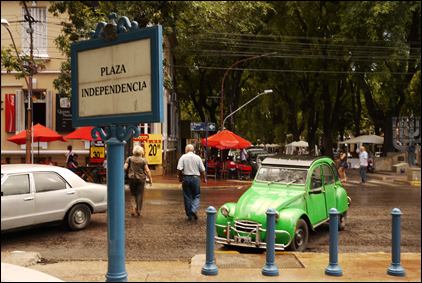 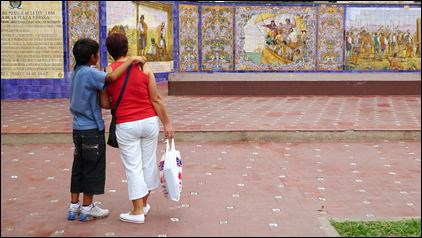 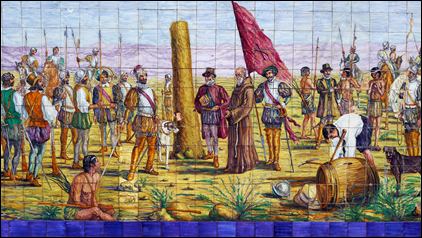 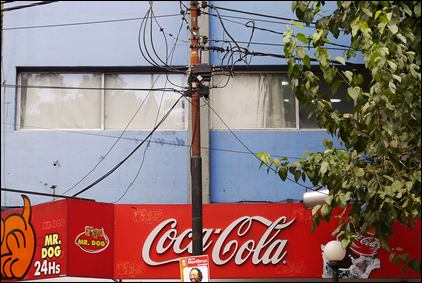 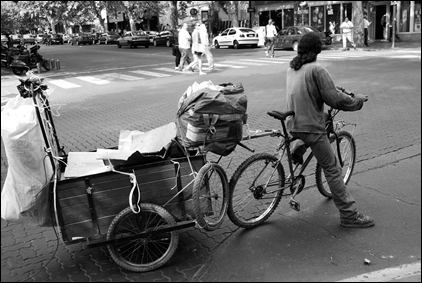 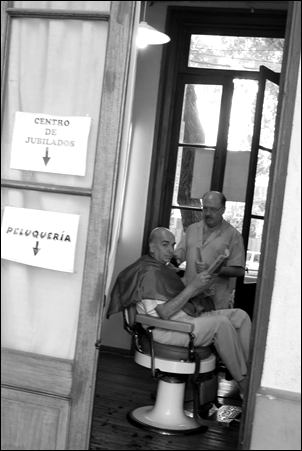 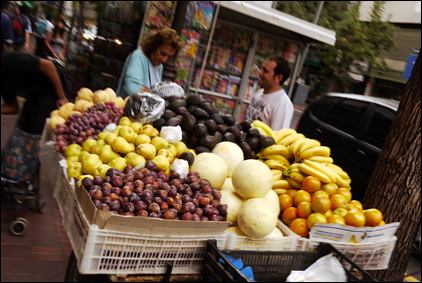 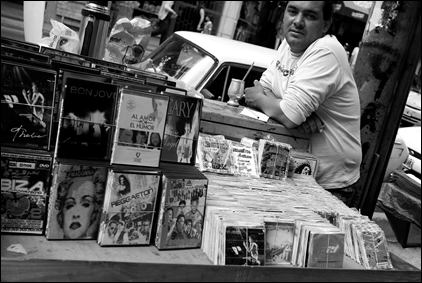 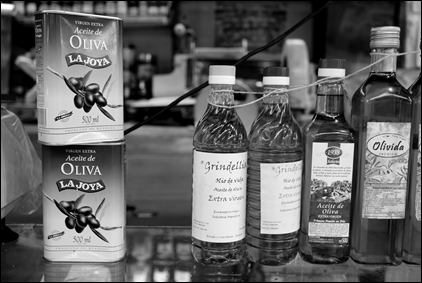 as well as wine Mendoza area produces some fine olive oil..  & a bunch of other good stuff too 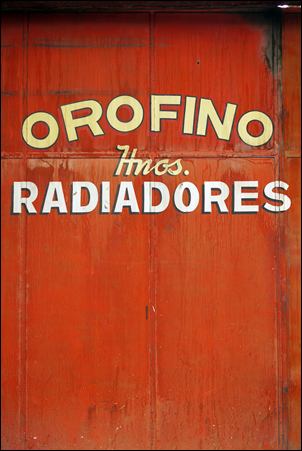 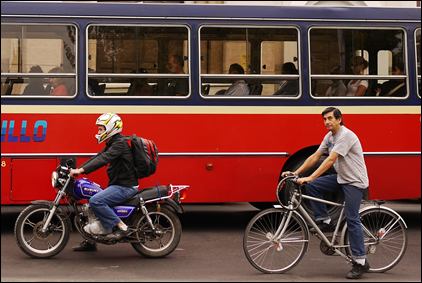 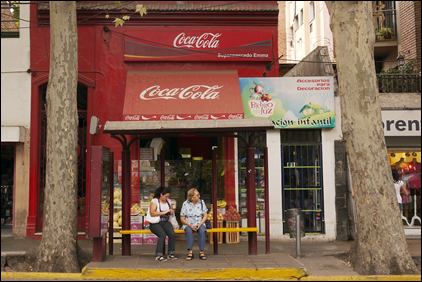 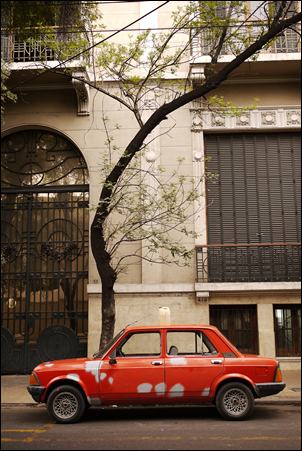 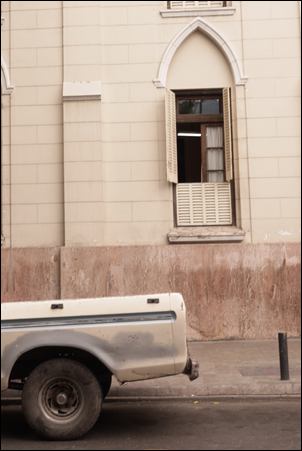 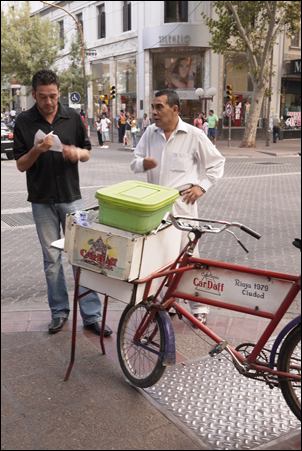 my next career move… the bicycle cafe 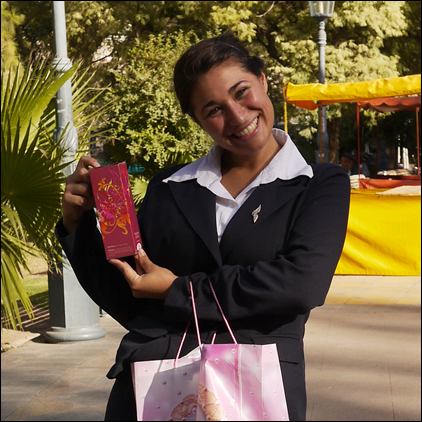 she failed to sell me fragrance, but a very pretty face nevertheless :-) 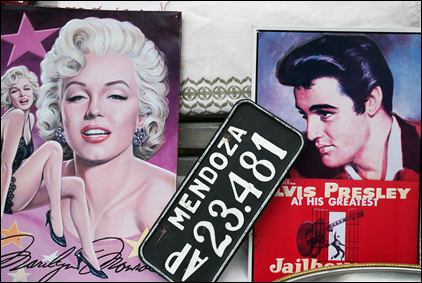 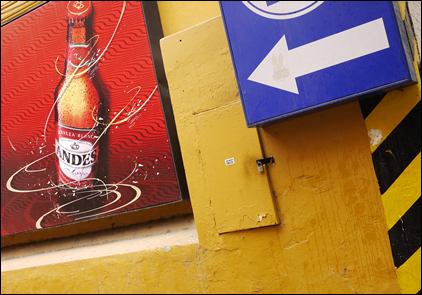 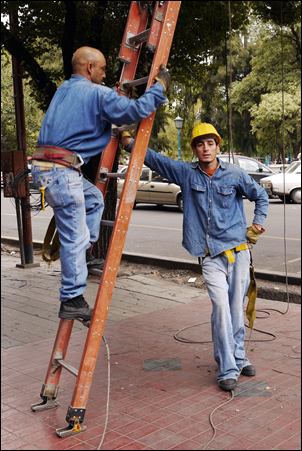 Now, as for interesting thing number 3… it’s the relatively high proportion of folk walking stumbling around with wrist, and particularly ankle injuries… no doubt due to the open, and deep, storm drains around the place… just the thing for hurting yourself on the way home home from a bar/club at night… Number 4 is icecream.. despite being a catholic country most folk here worship daily at the altar of the triple cone with chocolate sauce… every street corner, and all the bits in between has at least one heladeria… 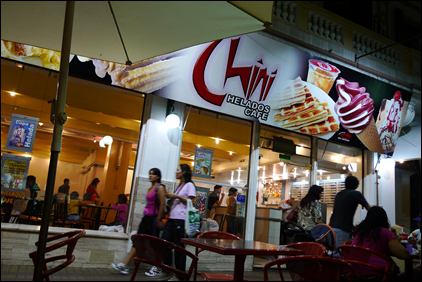 and the icecream cone has even been immortalized, albeit unintentionally, in the city’s statues… hehe.. 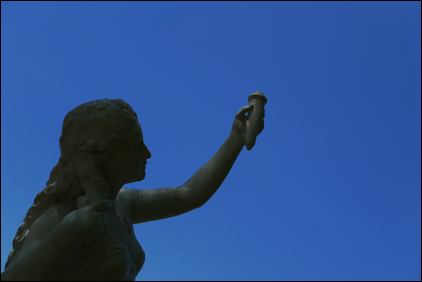 p.s. amusing anecdote of the day is going to the market and buying a chicken and receiving my change with gooey bits of blood & guts stuck to the notes.. mmm :-)

p.p.s just been reminded (again) of the news that Mark Beaumont is going to have a documentary made about him for riding down the Pan American while there are hundreds and hundreds of people making/have made the same or similar trips.. on their own, with the most basic, shonky kit (like the Peruvian guy I met in San Martin de los Andes on his worn out bike and having lost his tent…) and facing interesting/challenging roads, without corporate sponsorship and so on… so to do it so quick – fantastic achievement and fantastic for the charities involved (at least I’m assuming there are…) – I wish I could get that kind of profile for Shelterbox, tis a very hard thing to do on your own… but as regards all the hype… I must admit in the context of the people I’ve met on this journey and others I initially found it somewhat distasteful when there are so many folk doing the same sort of thing, quietly getting on with facing the same or greater challenges all around the world… and have been doing so since the bicycle was invented.  On reflection though really I suppose it makes bugger all difference either way, lol, I’m enjoying the challenge and although I won’t raise vast sums for Shelterbox and I won’t be on the telly for doing it I’m hoping that with a bit more than 3 months left we can raise a decent sum <hint> ;-)