Here we are…further to my last post I’m back from guiding for/with Sea Kayaking Cornwall in the Isles of Scilly , a tailor-made sea kayaking destination if ever there was one. I lucked out with a terrific group which made the week so much more fun… including a bureau chief for Janes Defence (we had lots to talk about given my background..), a Doctor of Geology and even a certain Steve Backshall.. which just goes to show that you find only the very best people paddling sea kayaks. They also gave me some great positive  feedback as a guide too which was really nice. I confess, not being much of a TV watcher, I didn’t actually twig who Steve was for a while until my curiosity about the endless autograph requests on the ferry across (not to mention down the pub of an evening) got the better of me… I have to say he’s a super chap with a very interesting story to tell and he handles the endless attention brilliantly.

I’m not going to bore you with a narrative.. I have gear to sort and so on, suffice to say it was a well rounded week with a mix of sun, wind, rain, big seas, mirror-calm seas, fog banks to navigate, tide races to play in, plenty of wildlife, granite coasts to explore and deserted white sand beaches to enjoy. Jeff & Simon’s group, with Steve, made a successful crossing from Scilly back to the mainland on Wednesday under paddle power which was brilliant, and I stayed in Scilly with my little group for the remainder of the week. Only downside was I caught a cold early in the week which turned into a chest infection. ‘Toughed’ it through some long days as one does, but now of course, as a consequence, and to the delight of some (!) I’ve lost my voice.. trying to sort things over the phone at the end with regard to shipping boats and so on turned into something of a comedy as all I can manage is a barely audible croak, hehe.

Hopefully I shall be back there before too long. In the meantime a few pictures… 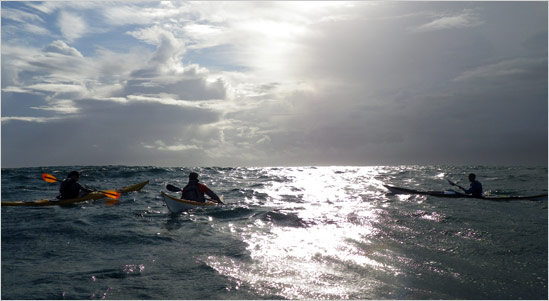 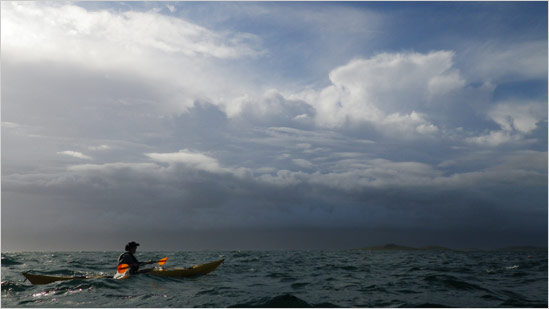 there were a few storms around on this evening… 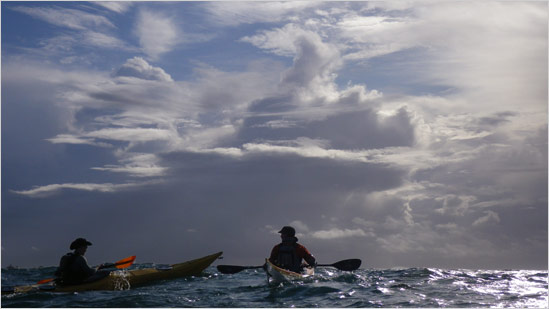 resulting in some truly jaw-dropping skies.. 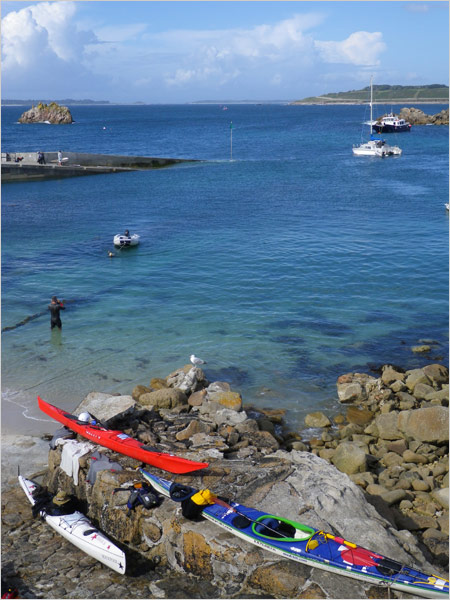 beer stop.. this is St Agnes 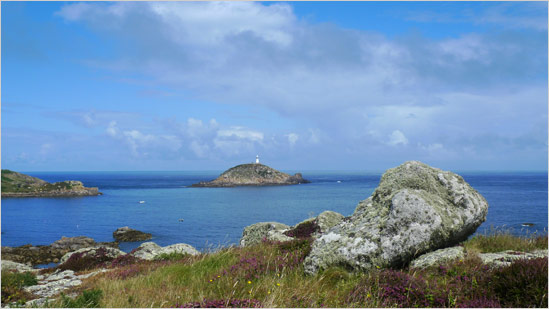 looking towards Round Island from Tean 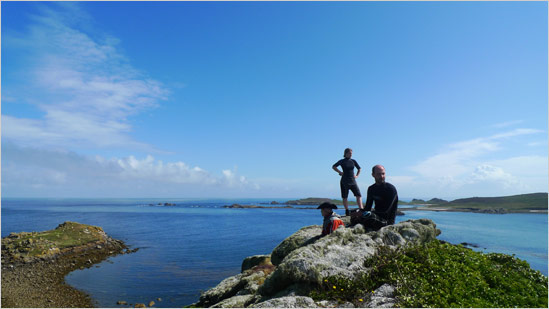 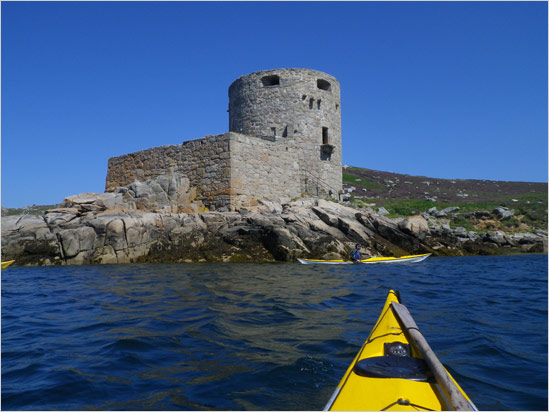 paddling below Cromwell’s castle on Tresco 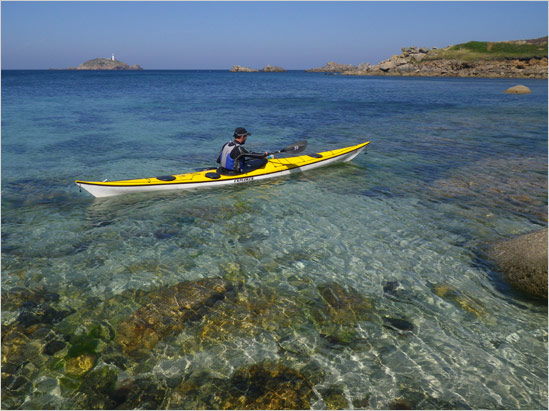 stunningly clear waters off the western end of St Martins. We were looking for the moraine that apparently marks the southern extent of the Eurasian ice sheet from the last ice age.. 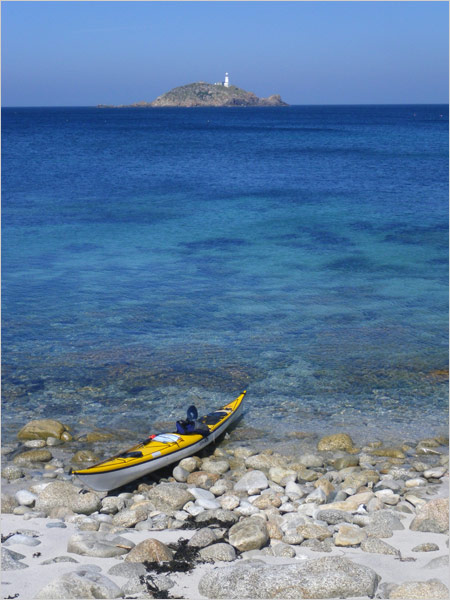 on the western end of St Martins, a fine cake stop… 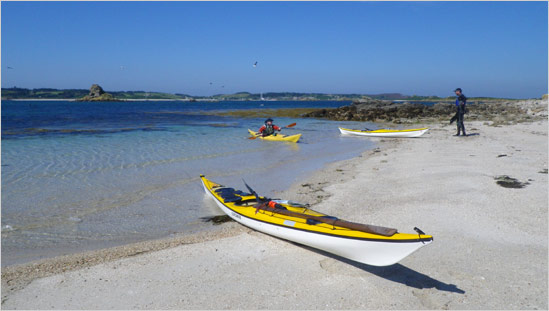 one of a multitude of quiet little beaches on which to pull in for a pee and a brew, not necessarily in that order… 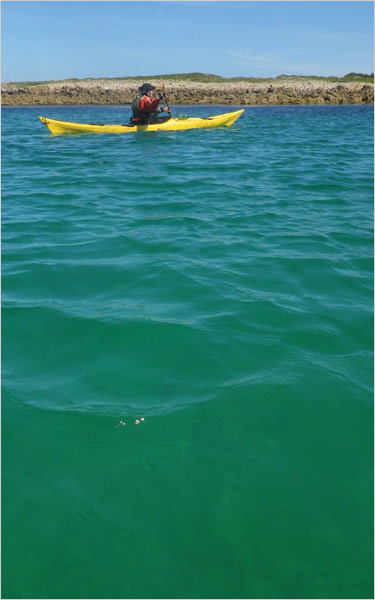 stunningly green waters on the western side of St Agnes 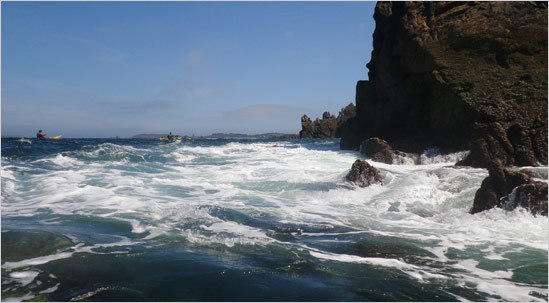 a little bit of action off the northwest tip of Annet 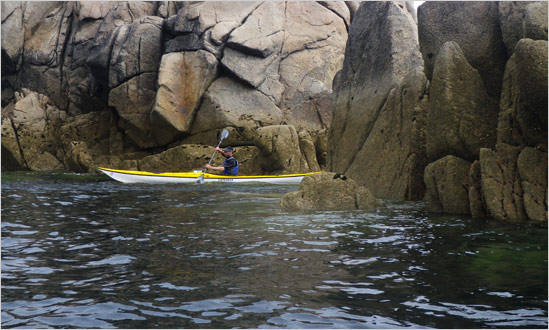 plenty of granite to explore 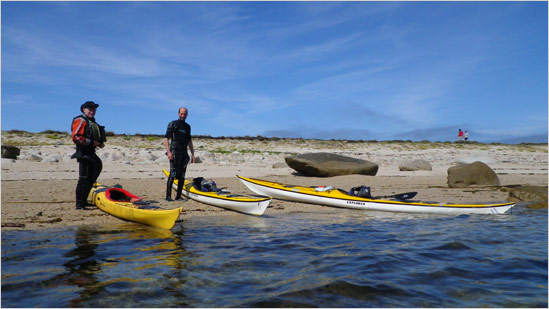 yet another fine place to stop 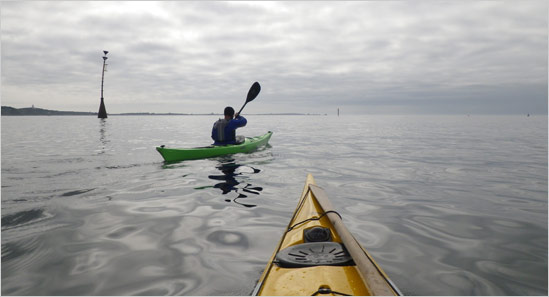 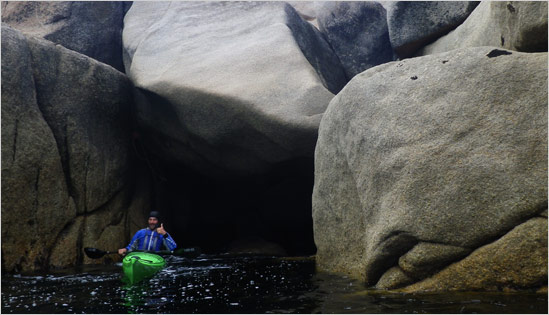 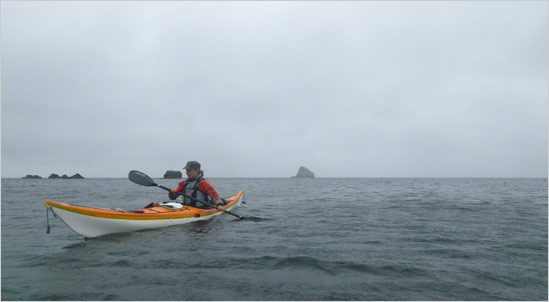 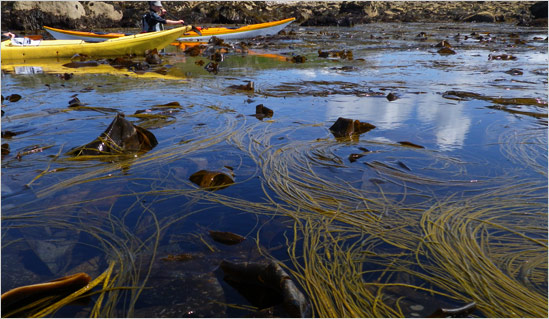 patterns in the seaweed at low water 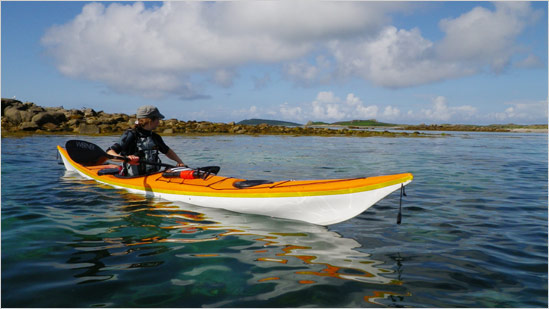 it feels particularly special when conditions are this calm 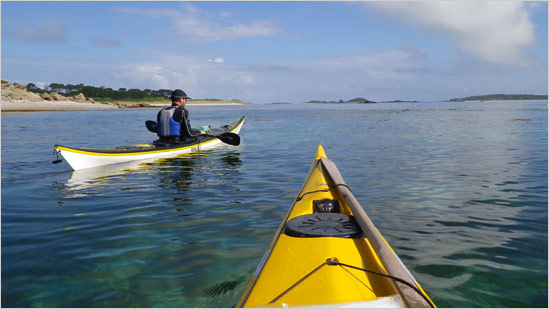 I used a greenland stick as spare instead of my usual splits, something I’ll probably do more often, it just works so well.

So there you have it…