.. not what you might expect, and you’d be unlikely to find one as shapely as this.. the lady in question being a sea kayak, more specifically an NDK Romany called Rosie, named as such by her owner who has left her in my care… I tend not to name kayaks but thinking about it a sea kayak is probably not a bloke.. whoever heard of a kayak called “Dave” for example.. which no doubt will be the cue for someone to come along and tell me they have a boat called Colin…. but I digress.. I took Rosie along rather than my Tiderace as that still has a leaky cockpit rim I need to fix and Rosie is smaller, slimmer and easier to manoeuvre into tight cracks and crevices.. hmm, I should clarify, last night she became something of a floating garbage truck as I joined a number of other sea kayakers for a clean up of the Fal estuary. Organised jointly between Simon of Sea Kayaking Cornwall and the Cornwall Wildlife Trust the idea being to make use of the ability of a sea kayak to reach the places other craft cannot reach and remove as much floating garbage from the estuary as possible. Timed to coincide with a big spring tide to facilitate access to the tightest creeks and inlets it turned out to be a very ‘successful’ evening.. successful in that a vast amount of rubbish was recovered, but equally disappointing in that so much trash was there in the first place to harm the local wildlife and sully what is a stunningly beautiful area…  It was a very pleasant evening on the water albeit with a few “eeeuw” moments, very mellow, very social, very satisfying and rather fun poking under under the hanging branches of the oak trees lining the banks. A big up to Simon and the Wildlife Trust for making it happen. 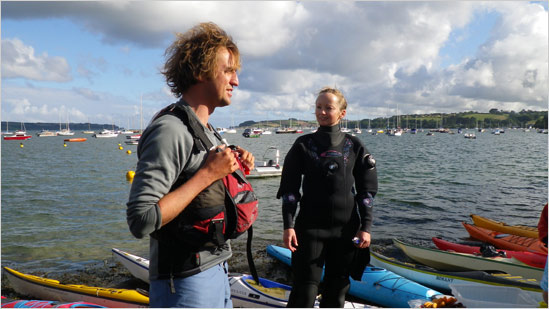 a quick briefing from Si.. 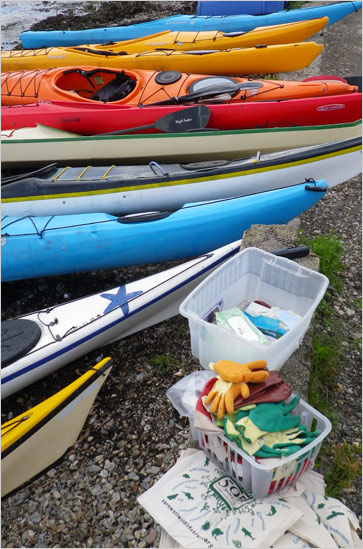 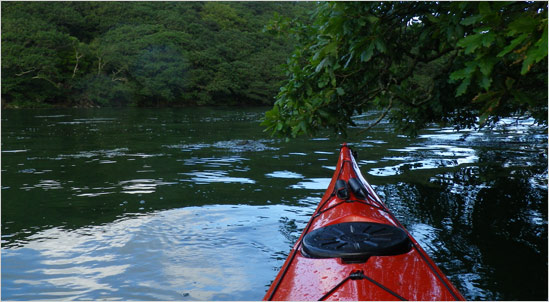 a very high tide.. a lot of mullet feeding in the estuary too 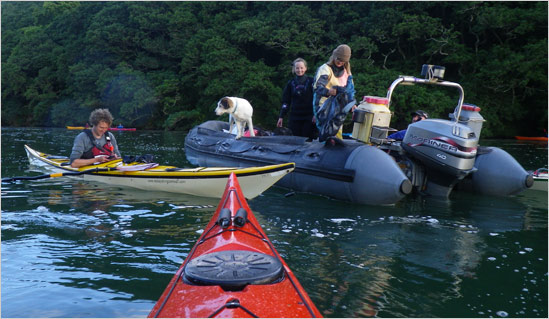 we had a ‘mother ship’ in the form of a RIB from the Wildlife Trust. Very much needed as rubbish sacks were rapidly filled and swapped for new ones.. 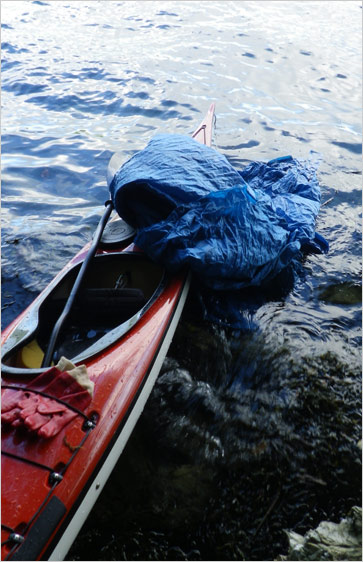 .. and for being able to offload larger items such as this tarp I recovered.. it was bigger than it looks, I gave up trying to do a tidy job and get it all stowed somehow and instead just dragged the thing out to the RIB half submerged. 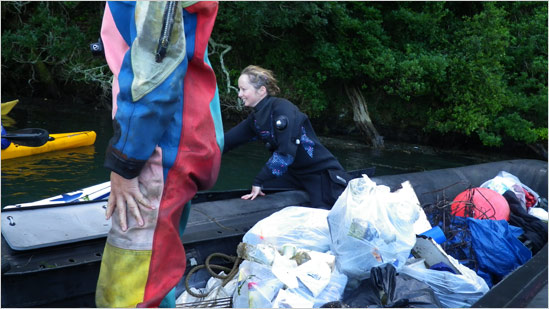 a peek inside the mothership, how about that colourful old drysuit! 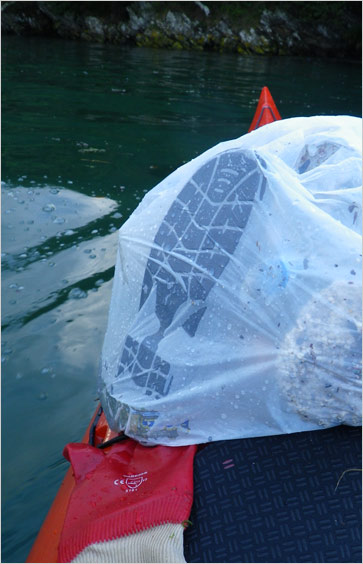 I would have been disappointed not to find at least one odd shoe.. Sadly no dolls heads however. 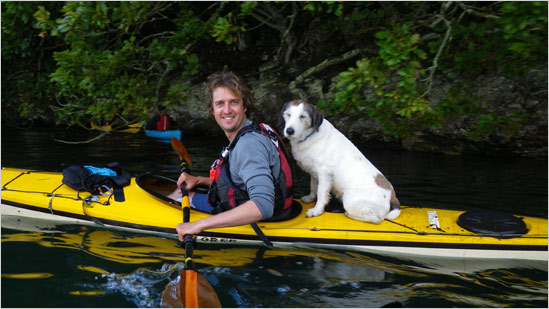 Si and supervising passenger.. we see the occasional celebrity dog riding their owners longboard down here in Cornwall, but I reckon it’s harder to balance seated on the rear deck of a sea kayak… very funny when she apparently thought a floating mat of weed was solid ground, leapt off only to disappear then re-emerge head draped in weed.. 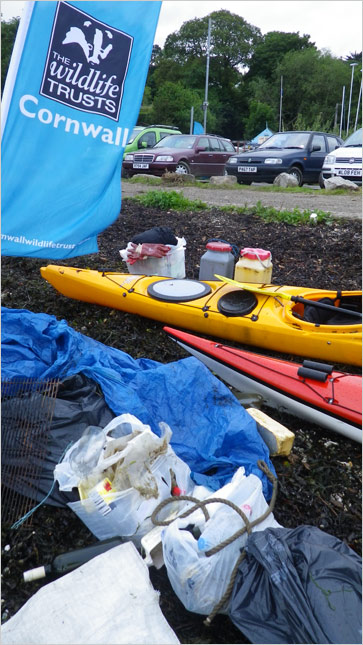 a portion of the end result. Well worthwhile.