Time for a quick post of a sea kayak flavour while I ease myself into the new week with a large mug of coffee… After what feels like weeks of gale force winds and rain yesterday turned into a perfect winters day.. barely a breath of wind, cold, crisp and sunny. I went east of here to catch up with a friend and his spangly ‘disco boat’… 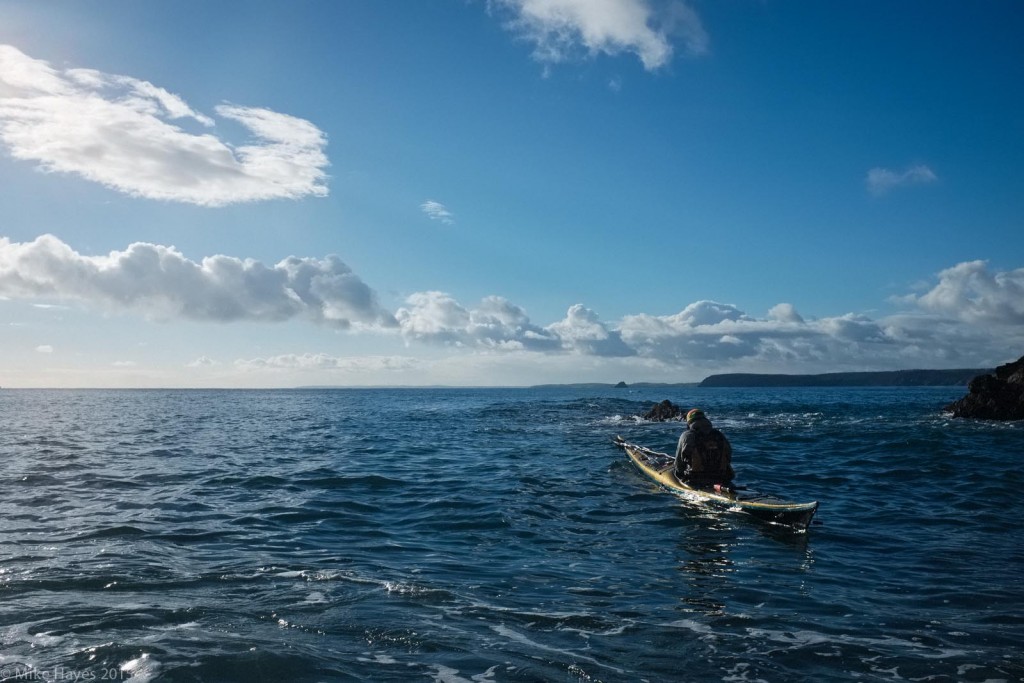 Conditions were very still, and with the current Arctic-Maritime influence, stunningly clear with views all the way down to Lizard Point in the west and Rame Head to the east. 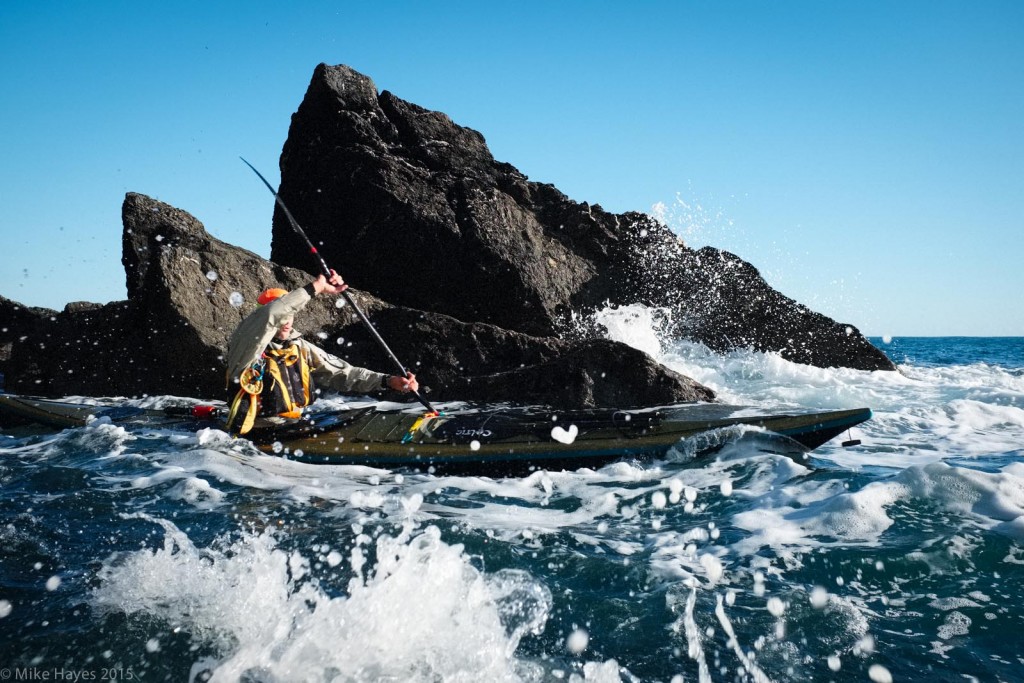 ..but despite that still enough residual swell to have some fun 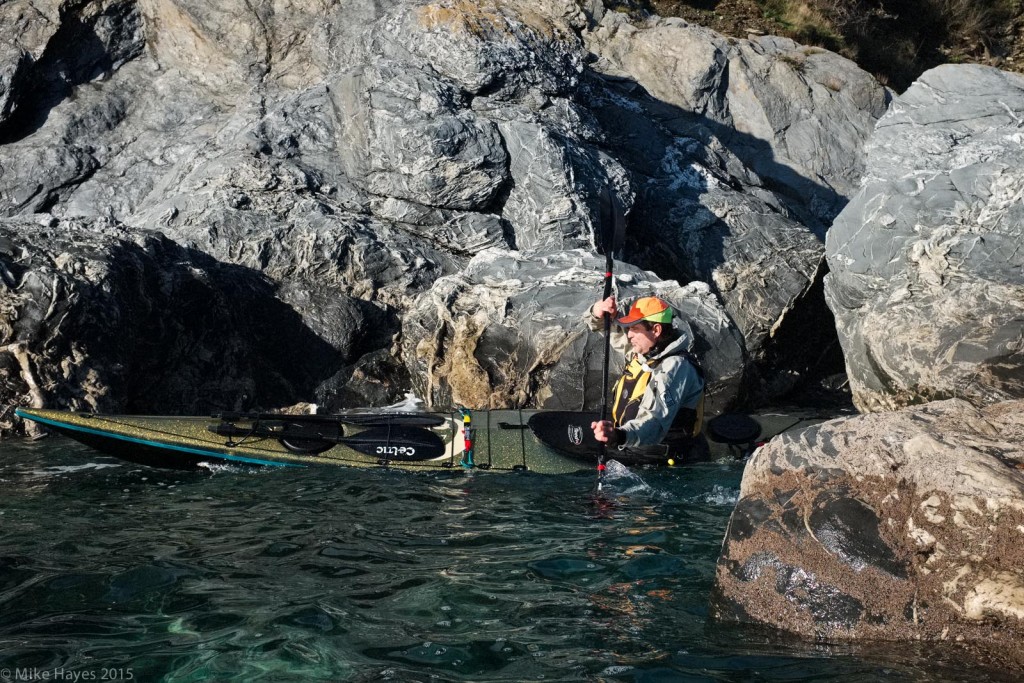 This is an SKUK/Nigel Dennis Explorer… in a finish so eye-watering it’s really rather cool. Apparently part of a cancelled order, it was ‘available’. Gold metal-flake on top of a turquoise base with a black hull. Sounded hideous when I heard about it but the reality I find rather appealing.. and it is very much a chameleon in changeable light. I like the Explorer, folk tend to overlook it because, as a design, it has been around a few years.. but it’s a terrific boat, very quick and despite being an expedition boat it’s manoeuvrable and makes a great all-rounder. I’ve always enjoyed paddling one. Lovely classic lines too. 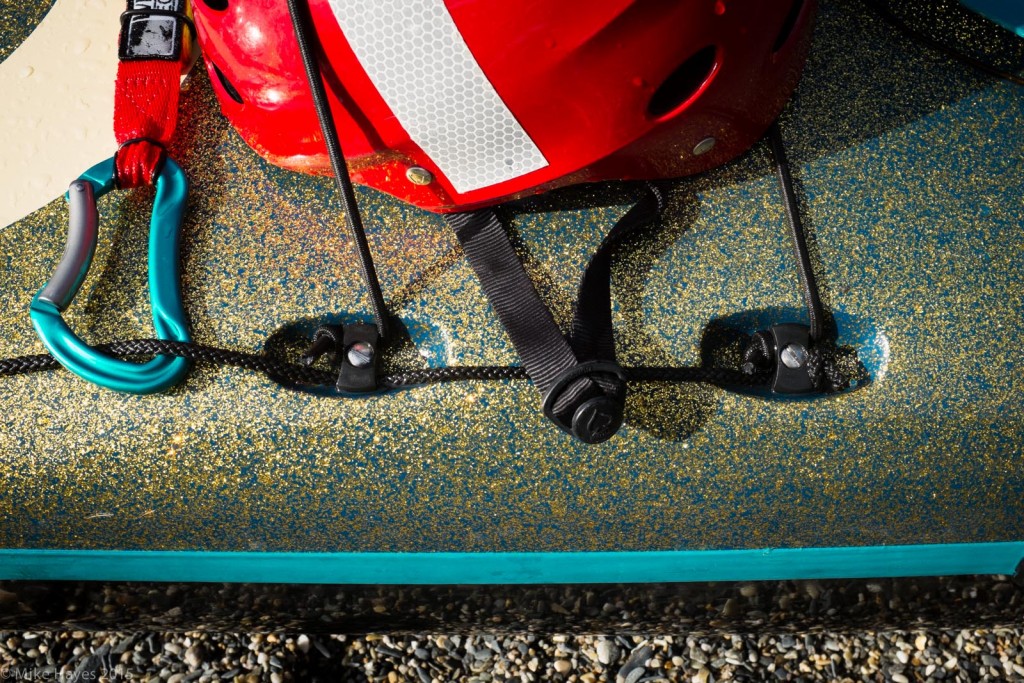 That finish in close-up. Apparently the matching carabiner on the contact line was not a conscious decision… I’m not convinced ;-) 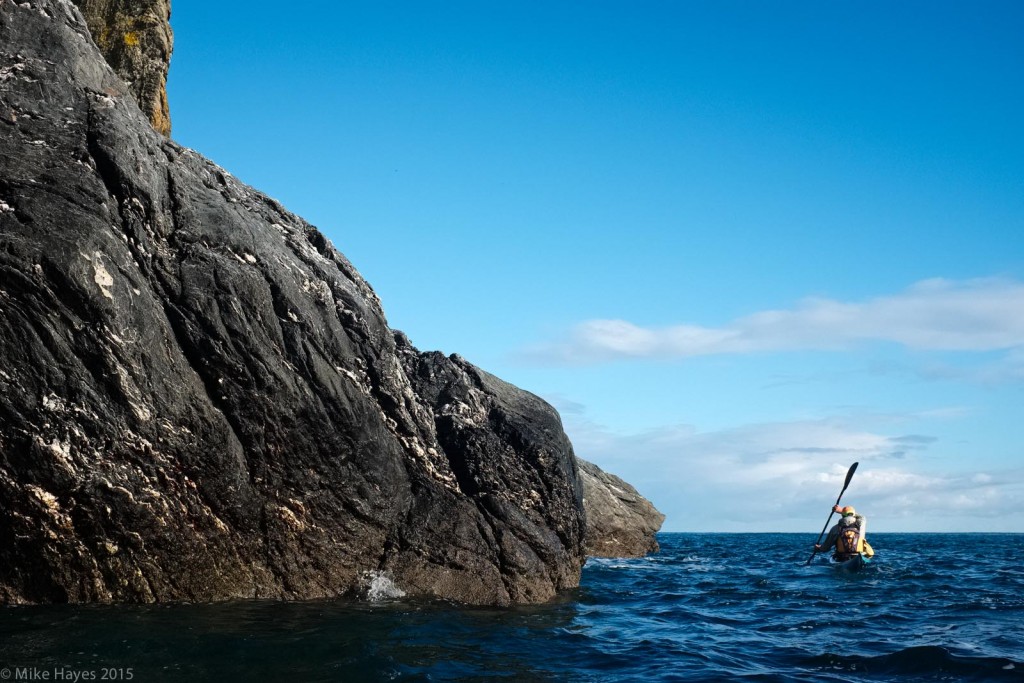 Blue skies and sun felt like a real treat. 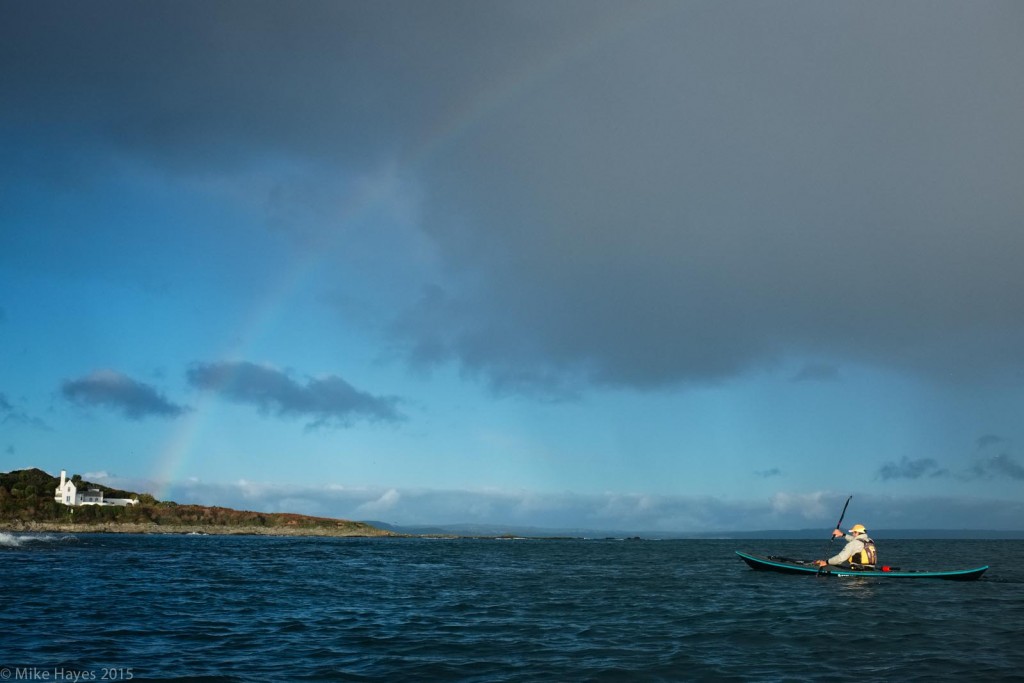 Just a few icy cold squalls passing by to add a little bit of drama to what was otherwise a super-chilled out day on the water.