Found myself just a little bit west of here yesterday afternoon. A favourite place to be when conditions are rough… and it is always better in the winter. So…. pictures. These, I think, make quite a nice complement to the summer time series from the same area posted here: https://www.seasurfdirt.com/2015/08/21/penwith-colour 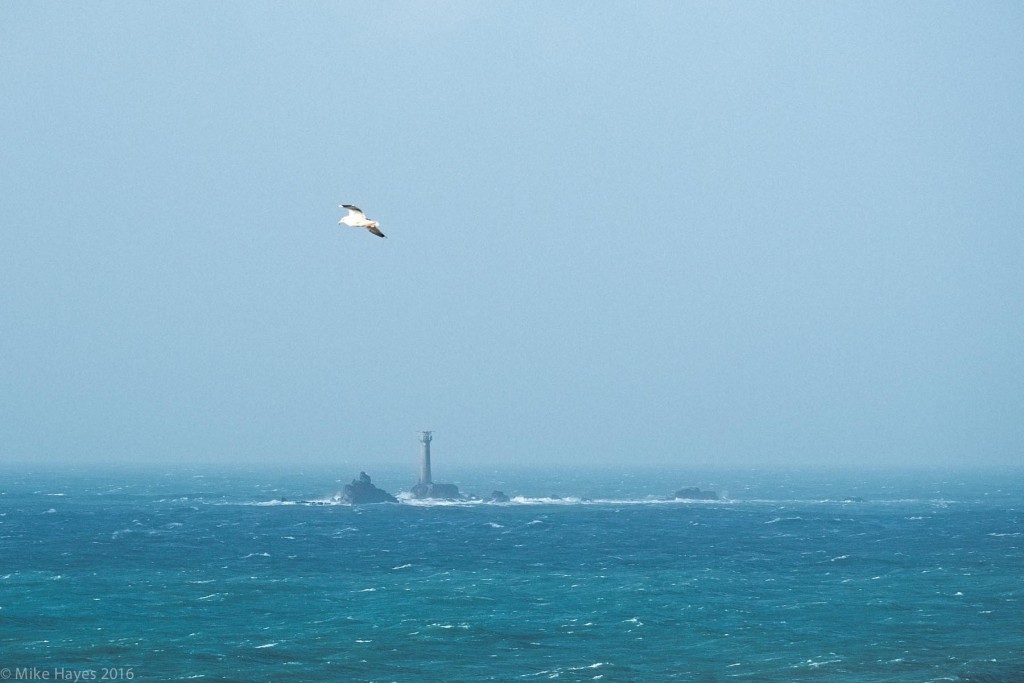 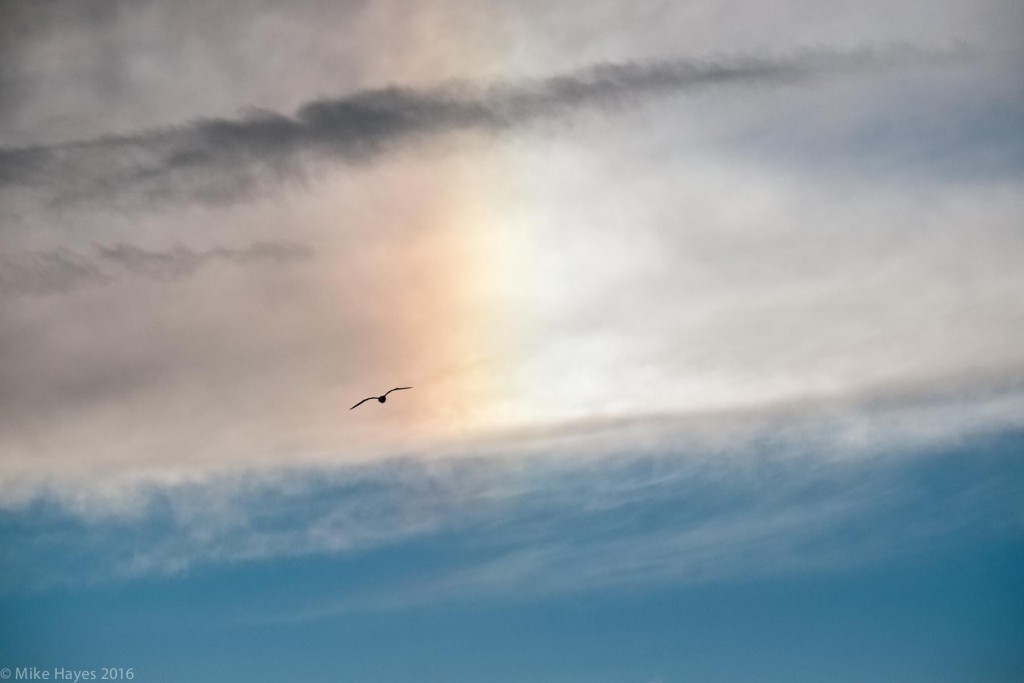 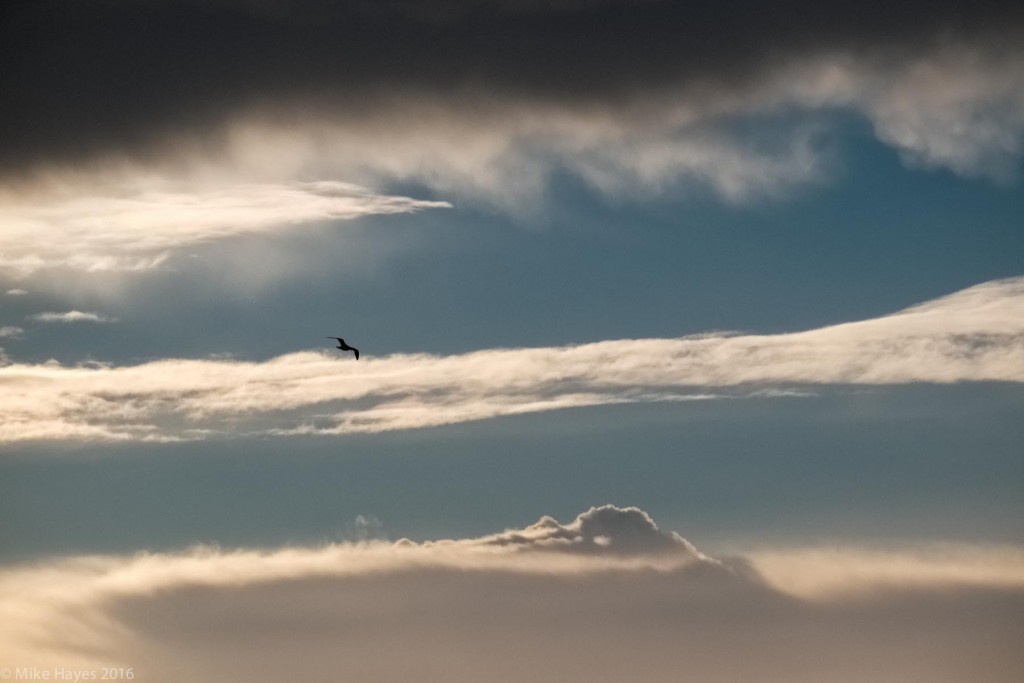 The skies were stunning at times 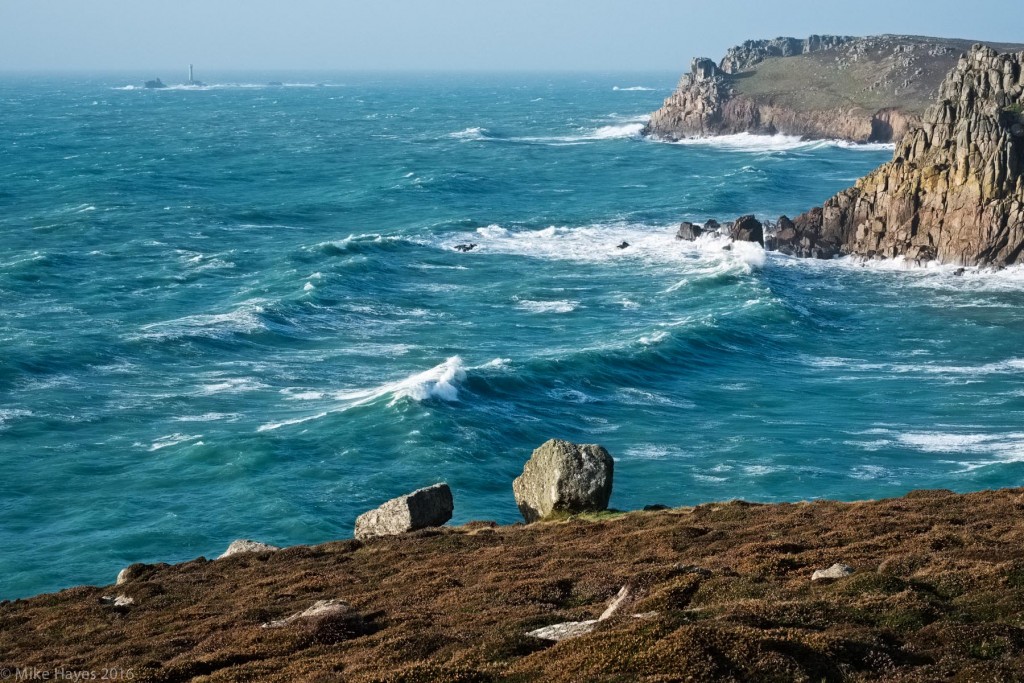 I have a bit of a thing for these two boulders sitting on the cliff edge near Zawn Kellys.. 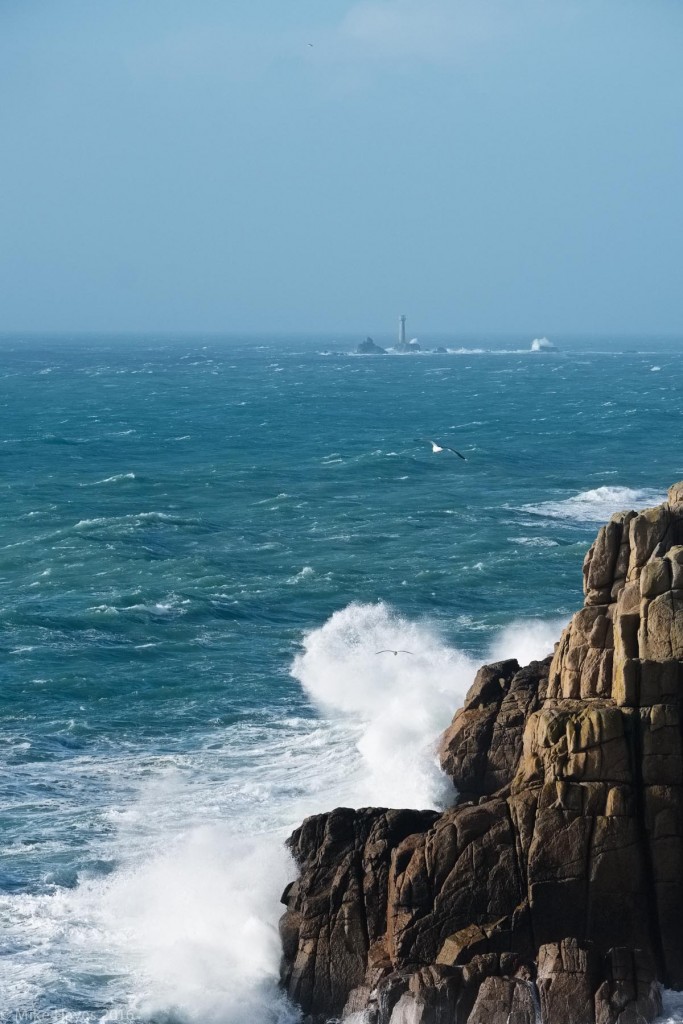 I never tire of the granite and the ocean… and watching the gulls wheel above it all in the cold, salty air… 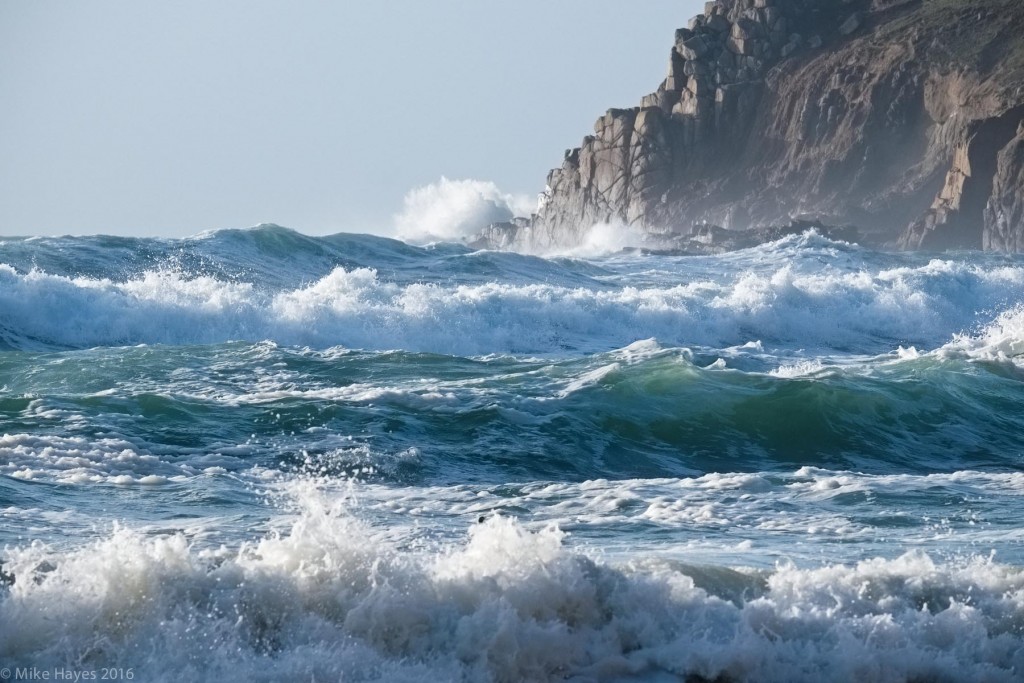 ..and waves. I never get bored of watching waves. 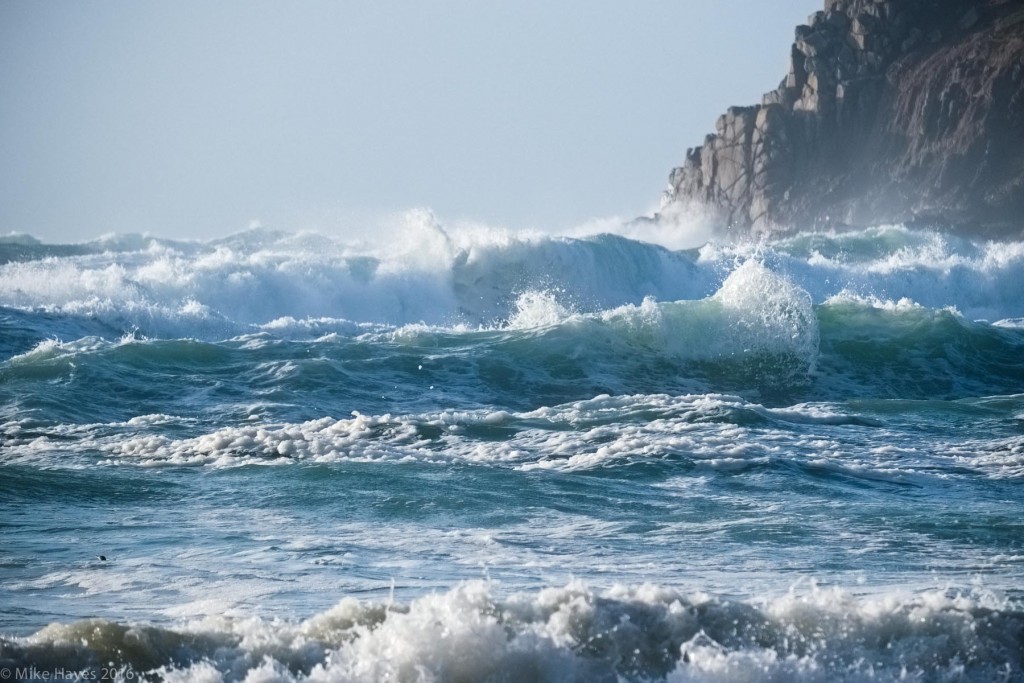 … every moment is unique. I was also marvelling at a diving bird in amongst the maelstrom.. it’s probably reproduced too small here but if your eyes are sharp and your screen a decent one  he’s lower left. 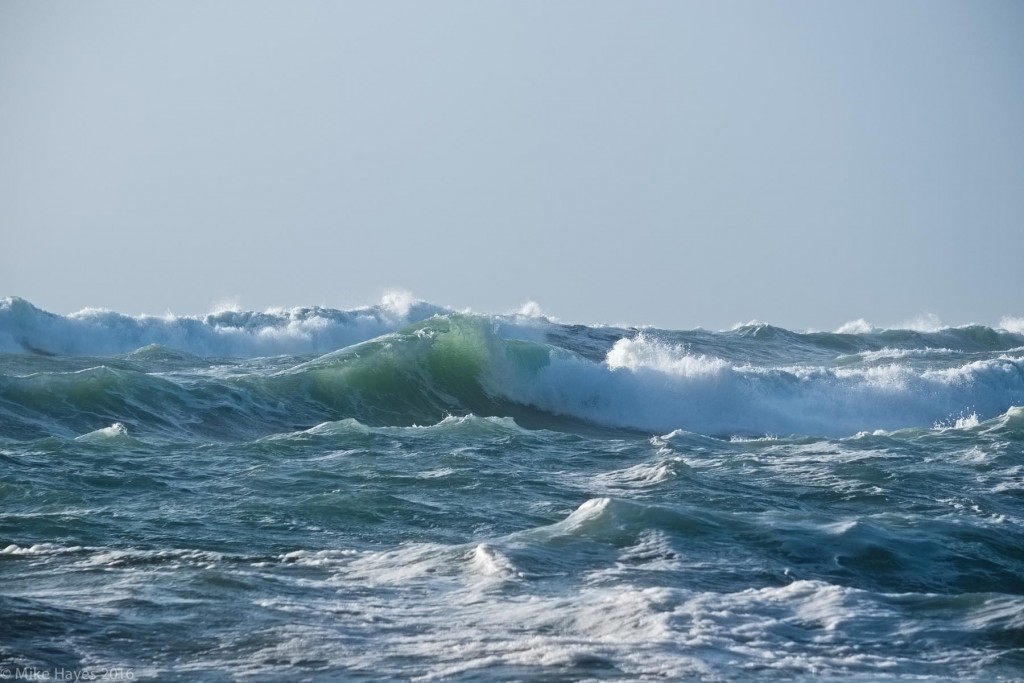 One more… they make a nice series.. “backlit wave” is my favourite colour. 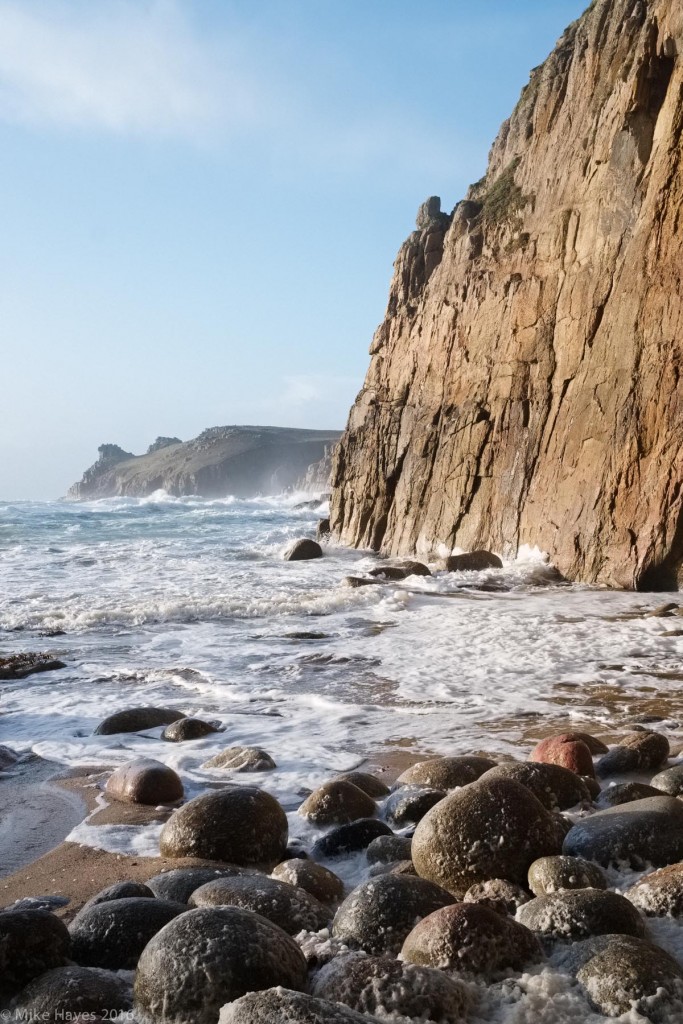 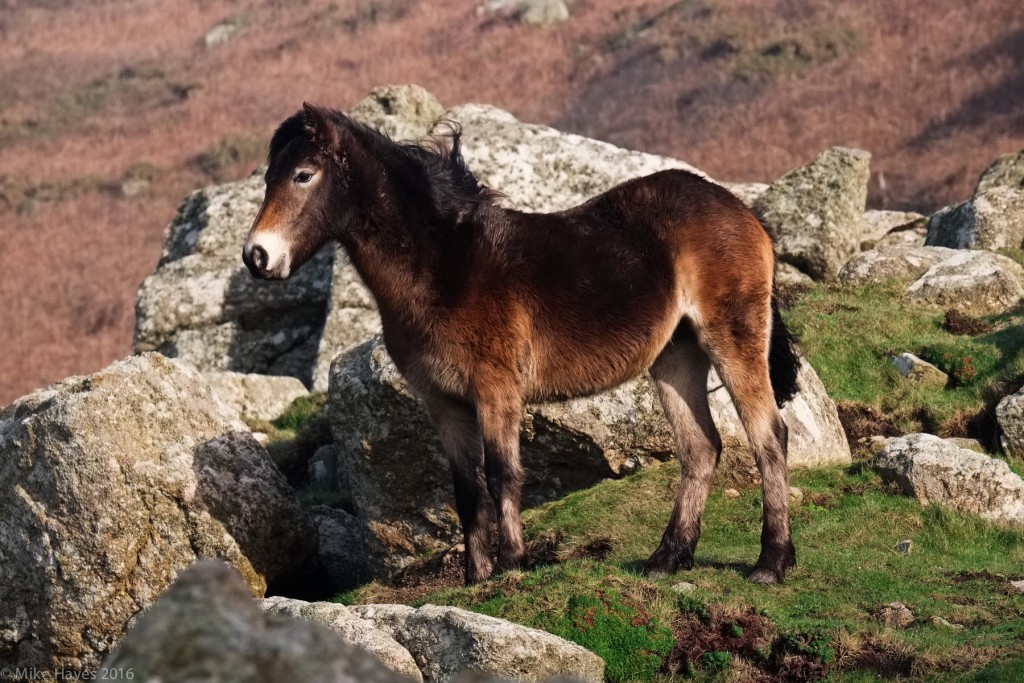 There is a small population of semi-wild ponies at Nanjizal. Shortly after this a family turned up via the access track with 6 dogs, none on leashes… there was a lot of harrassment of ponies and shouting. I hated it. I wanted to fling pony shit at the owners. Instead I quietly asked them to take their pack and bugger off… and walked away to find some peace and quiet again. 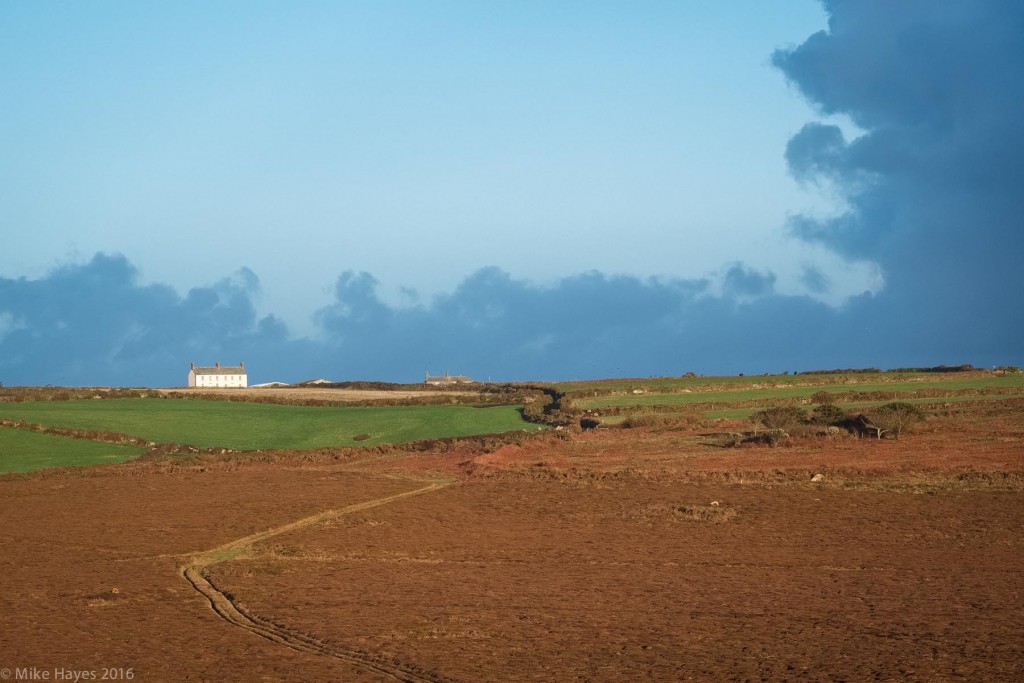 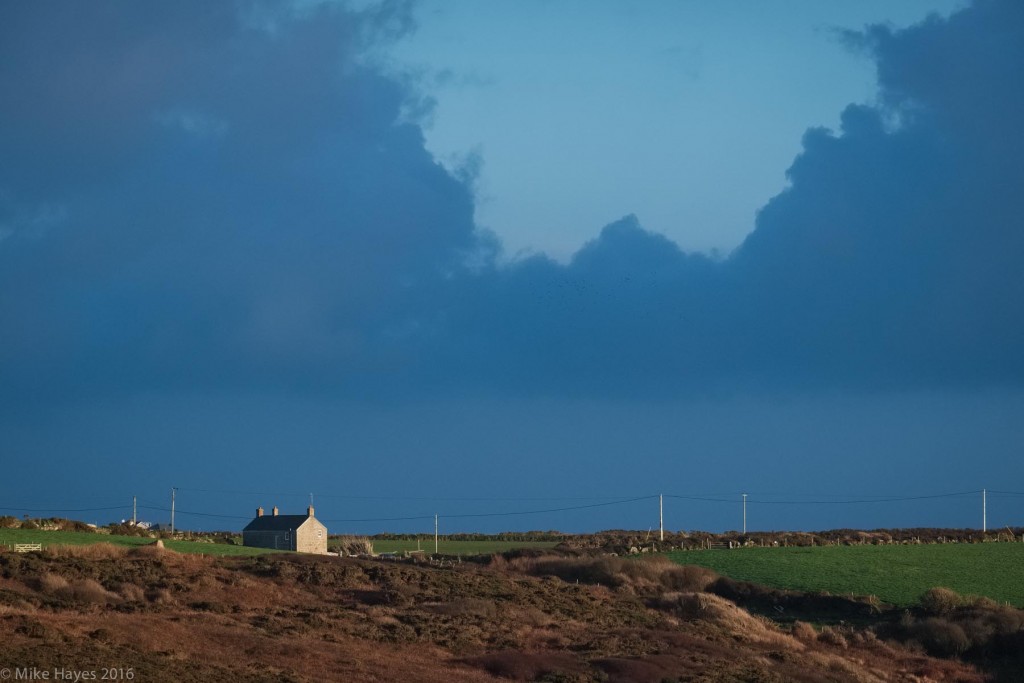 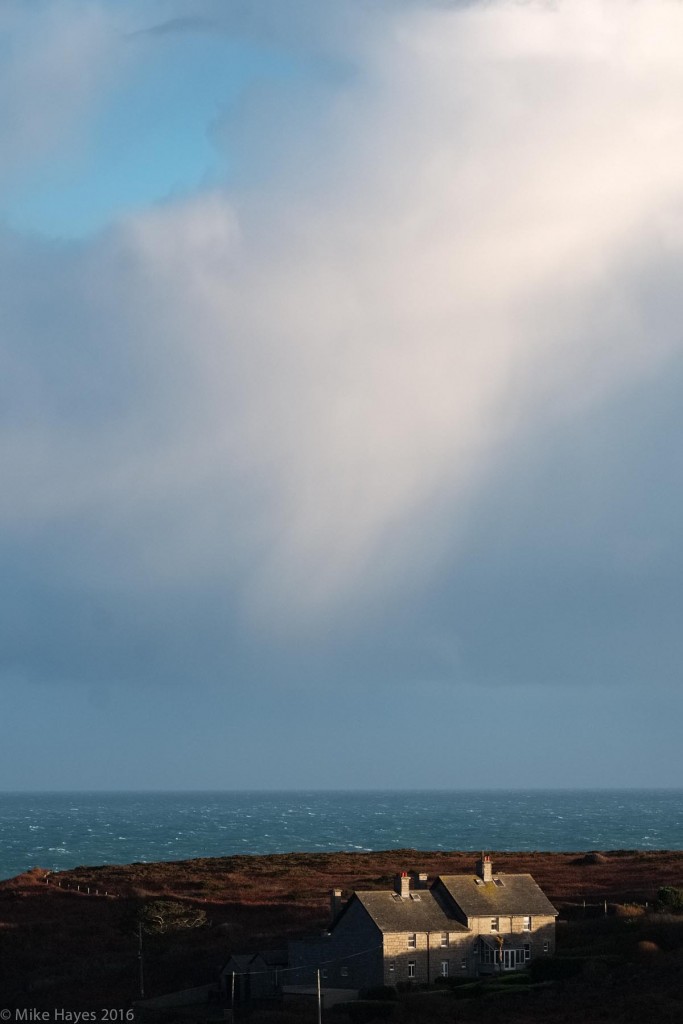 This squall produced hailstones… reflecting the low sun beautifully as it moved away east. 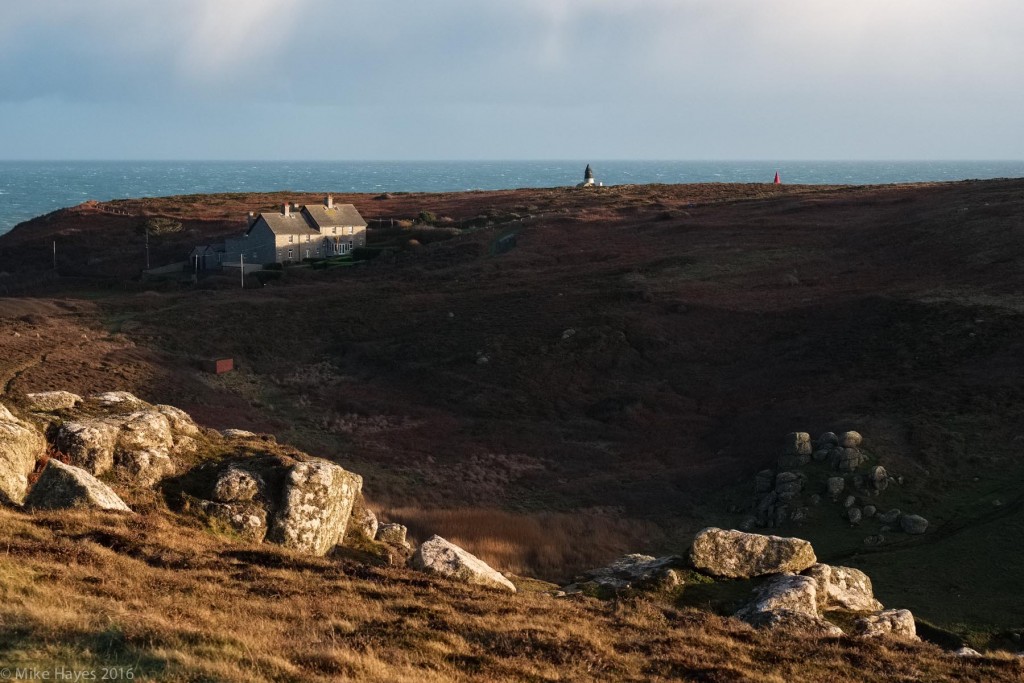 Looking out over Gwennap Head. You can just see the tops of the Runnel Stone (shipping hazard) day marks.

4 thoughts on “In the West”