I was wondering whether I’d bother to blog while riding but we’ll see how it goes.. I may lose interest, especially if i find doing it via a little tablet frustrating and poor for handling photos…. 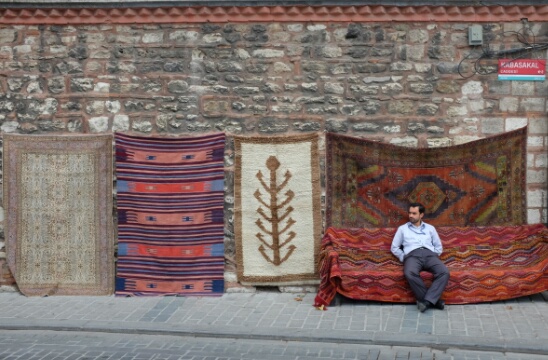 As my first proper post using my nexus tablet I’m interested to see how this turns out… I’m not motivated to write loads which is probably a good thing from your point of view, rather I just thought I would dump a morning of street photography while having a brew and some feet up time before heading back out to find out about ferries across the Sea of Marmara… more on which in a mo. 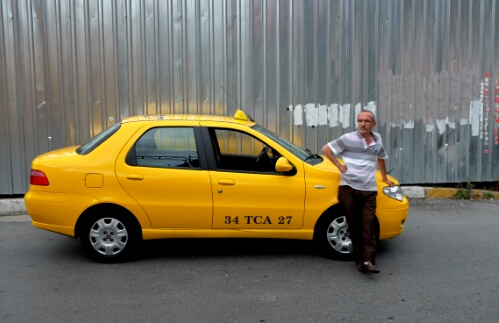 After a stupid o’clock start to get to Heathrow for 5am my bike and I made it to Istanbul at beer o’clock in the afternoon with nothing worse than a bent dropout adjuster screw which is entirely my fault for being too lazy to remove it.. :-) 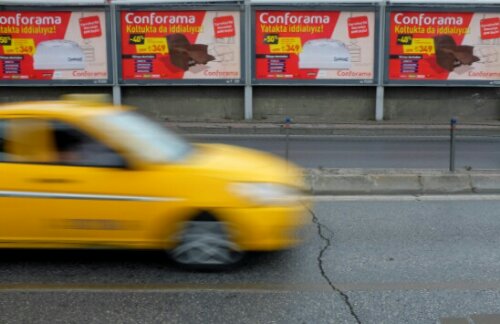 if Istanbul has a colour it’s the yellow of the numerous taxis… and red, there are some red things too

Anyway.. I have a couple of days hanging out here which is great as aside from Istanbul being a terrific place to hang out and enjoy a brew.. I also have the smaller matter of making a rough plan as to where I’m going to ride. Roughly east south east at the moment sounds a good idea and one of thee daily fast ferries across to the eastern shore of the Sea of Marmara also sounds like a cunning plan by way of not having to ride out of Istanbul’s vast, sprawling, traffic choked metropolis. There’s a good bike shop in town so tomorrow I’ll head over there and see if they have any thoughts on finding some great riding. 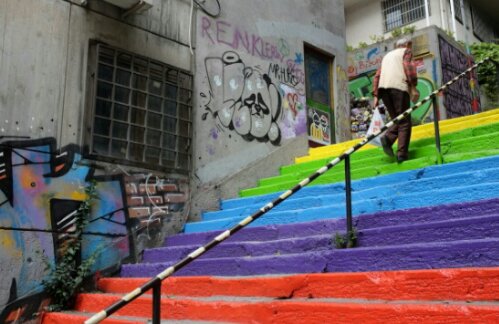 In the meantime however… some pics. I know Istanbul has some fantastic architecture and history… and I will get to it…. but I’m generally happier just wandering around city backstreets with my 35mm lens.. which is what I did this morning. Hope these pics reproduce OK, sized down they’re not looking very sharp on my tablet so you have to tell me if ok… ok?! it’s kind of hard to judge on a 7″ nexus… I’m shooting RAW but I’ve just dumped the jpg versions out from my camera with nothing more than a resize. 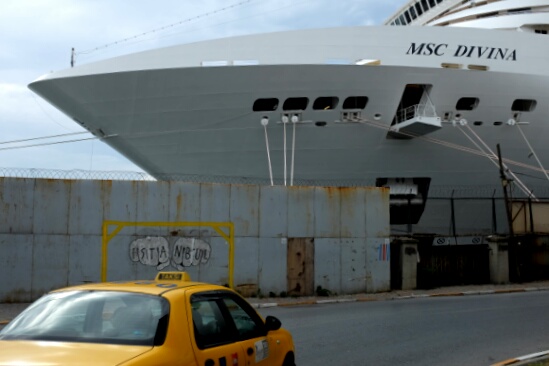 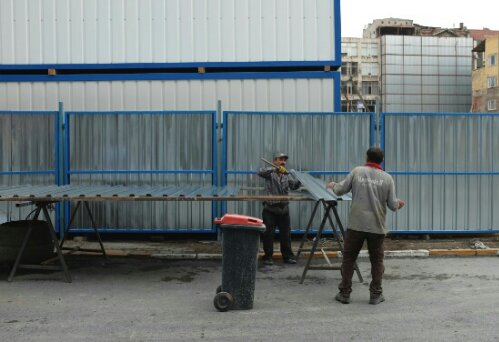 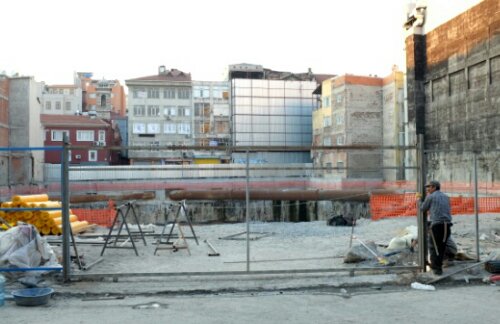 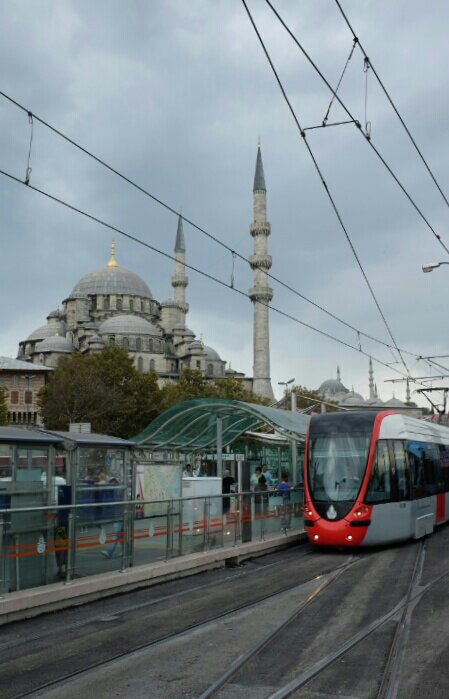 old and new.. for want of a better caption 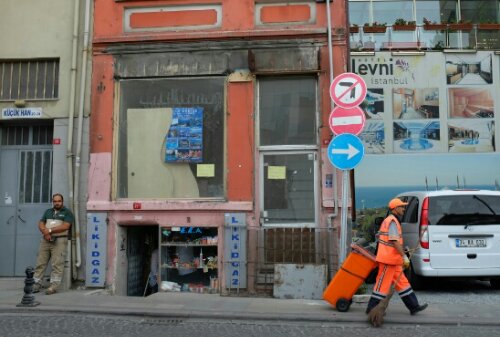 a lady from Anud (Chiloe) once wrote to me and told me off for only taking photos of what she considered the scabby bits of her town. wonder if the same will happen here… 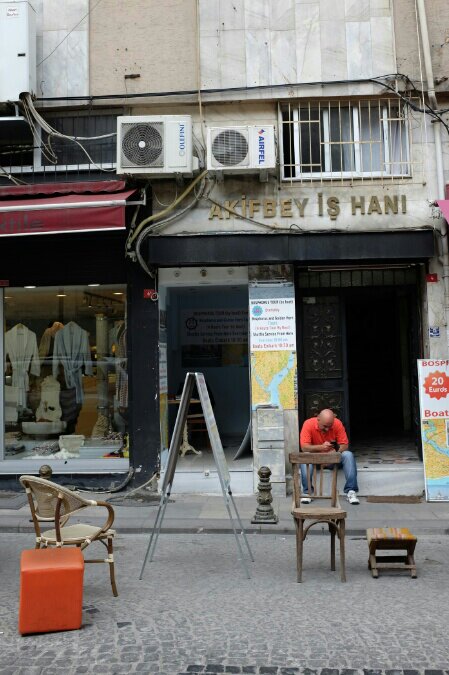 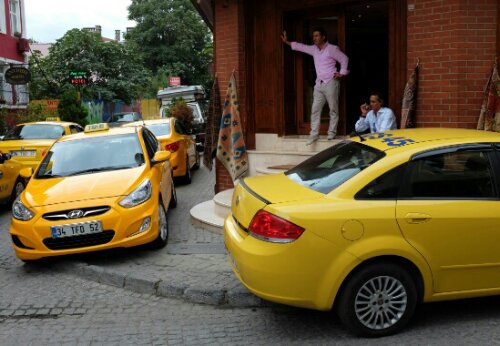 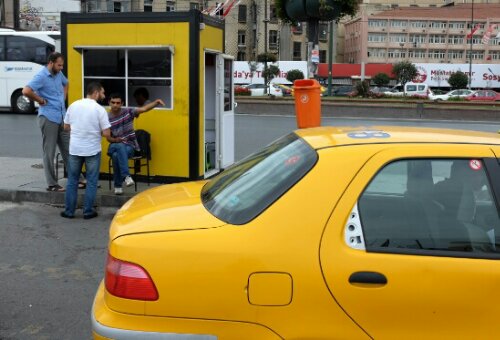 sorry.. the yellow is kind of eyecatching on a grey day 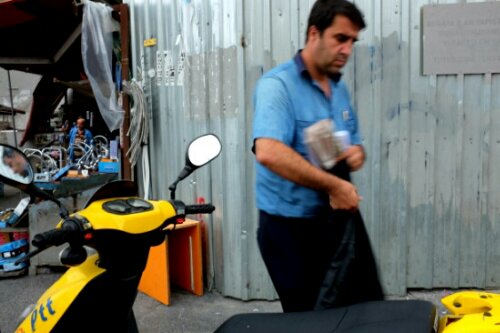 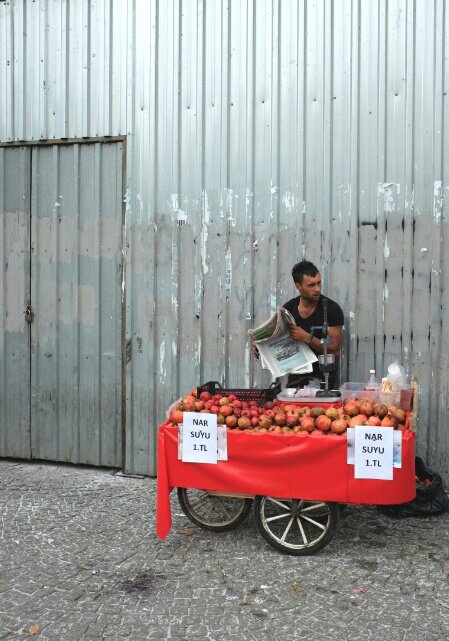 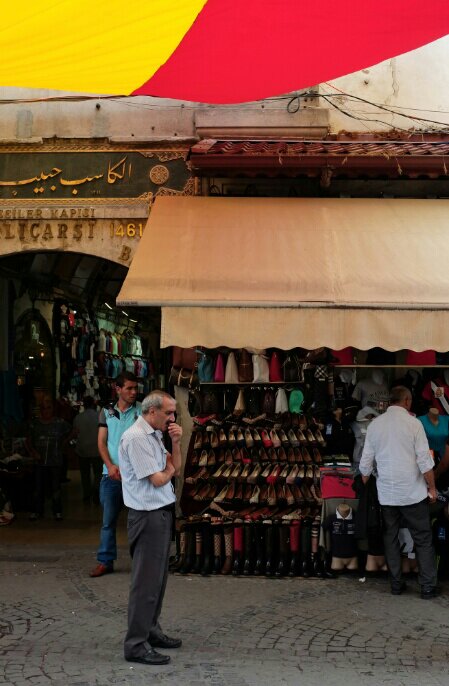 contemplative man, probably wondering if it’s time for another tea

4 thoughts on “A little bit of Istanbul…”