Before I start rambling off about the usual stuff I think I’d better say a word or two about a Boatbuilder’s Story for all those patient readers who have been waiting for so long. It’s really close now… it has taken a long time, fitting it in around everything else but in a way that’s been a good thing has it has become a true Mitchell family effort.. Gary has finished writing the new chapter covering the history of the yard up until its closure, and now my talented graphic designer sister Sal is putting together the page layouts .. following which it’ll be ready to send off to the printer… so rest assured.. it’s coming! ** update: now available, click here **

So.. having gotten that out of the way.. on with the usual rubbish. I really have not been inspired to write at all of late despite lots of riding and a fair bit of paddling, but as it’s a monday morning with just the pressing matters of  sorting wet paddling gear from yesterday and grinding reluctant mental gears into action for work a quick blog post over coffee seems appropriate. 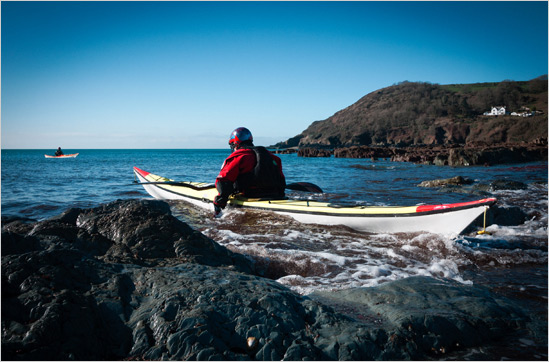 Yesterday west Cornwall dawned cold, grey and misty. So we went east and found some glorious spring sunshine at Talland, just a bit east of Polperro. The fresh, F5 westerly dictated an outbound leg heading west.. so back under the cloud unfortunately, and later on a cold drizzle, but it was still a  great day on the water. Not a lot going on in terms of swell to play with around the rocks.. but in a few spots just enough.We only covered about 25 miles in total but the coast west of Telland is a very playful one with lots of interesting nooks and crannies to mess about with.. 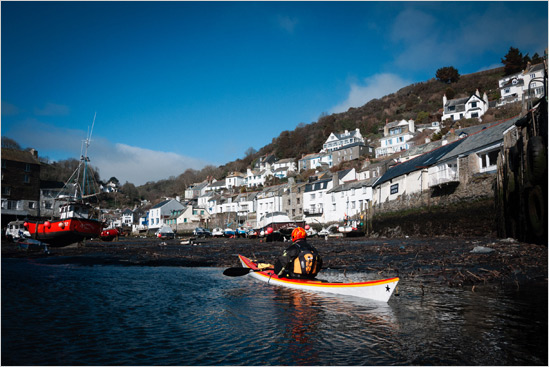 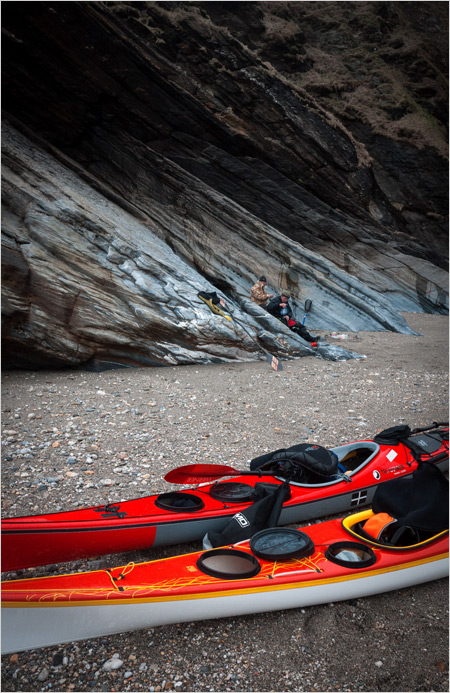 as always a spot of luncheon on a secluded beach…. 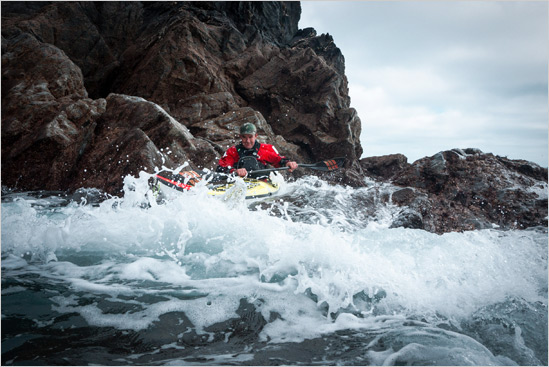 …and “nooks and crannies” to play with. A phrase that probably needs the picture to give it context…

What else… oh yes, a week ago was the season opener in the local time trial series.. the St Austell Wheelers ‘sporting 21 (miles)’. It’s a fun event on a particularly evil course for such a short distance, it includes two laps of a long, steep and generally quite brutal climb of sufficient altitude gain to pop the ears..so as I no longer have a dedicated TT machine – you know.. gears, disc wheel, aero bars.. all that expensive stuff, I instead savoured the fun that can be had from riding an event on what most folk would deem “an inappropriate machine”… namely the Tokyo Fixed track bike in the preceding post… not to mention the guilty pleasure of flying past other riders on the climb and hearing a breathless “f**king hell” from behind as one does so (I think if you have a the legs for it a fixed gear is always faster up hill as there are no lower gears to hide in.. it makes you work :-)  I had to gear it quite low to be able to cope with the climb.. or more specifically lap 2 of the climb.. I ran it at 48×16 (79 gear inches I think – contrast with the 55×15, 100-inch gear I used to use for flatter fixed gear TTs) so had no hope of being competitive with the final 8 miles or so being generally downhill back down the valley to the finish, with burning legs I could spin no faster than 25-26mph for the final few miles.. but no matter, that’s not why I was doing it… it was more about seeing all the folk I used to race against (there is a fantastic sense of community and some really terrific folk in the racing scene down here), enjoying the atmosphere and testing myself against the course. I rode the same event a year ago on the same gearing.. and this year was 3 minutes quicker with a long 55 so I was quite happy with that, finishing 28th of 60. Still 6 minutes or so off the winning time but all that aero stuff, not to mention gears, is a huge advantage.. and perhaps more importantly I had a really good time turning myself inside out without any of the weight of expectation that used to accompany such an event. When riding seriously I would be feeling sick to the stomach while driving to an event, and stressing over whether I’d structured my warm up properly, how the legs were, the setup of my bike and whether or not I would have good legs that day… By contrast just choosing to ride a basic fixed gear meant I had none of that… I was able just to look forward to it from the moment of getting up to sprinting away from the start line. After that it’s just pain. I relish that too..

The problem is of course the competitive drive and desire to (try) go faster than everyone else is still there.. so ever since I cannot help but contemplate going racing a little bit more seriously again before age really starts slowing me down.. throwing the necessary few grand at it and building a proper TT machine again. Despite all my best intentions to just keep it simple. I just don’t know what to do…. so doing nothing for the minute in the hope that a solution will present itself. I’d prefer to keep it cheap given that a) planning a month long bike trip again later this year, and b) wanting to go back to S America.. yet again.. for a few months riding next year :-)