This is Pentreath beach on the Lizard. Access from the landward side requires a hike followed by a scramble down a steep, broken path cut into the cliff.. so even in peak summer holiday season it is always deserted.. or close to. It produces a steep, dumpy wave at anything other than low water if there is any swell around which can make landing a sea kayak a somewhat damp but fun exercise.. worth it.. unless the swell is big in which case it’s probably better to put up with the crowds at nearby Kynance Cove or the beach at Lizard Point itself. Like an awful lot of Cornish beaches it has added interest in the form of a shipwreck..  In this case that of the steam trawler ‘Maud’, wrecked here in February 1912 (wreck report here) when she started to sink while under tow. 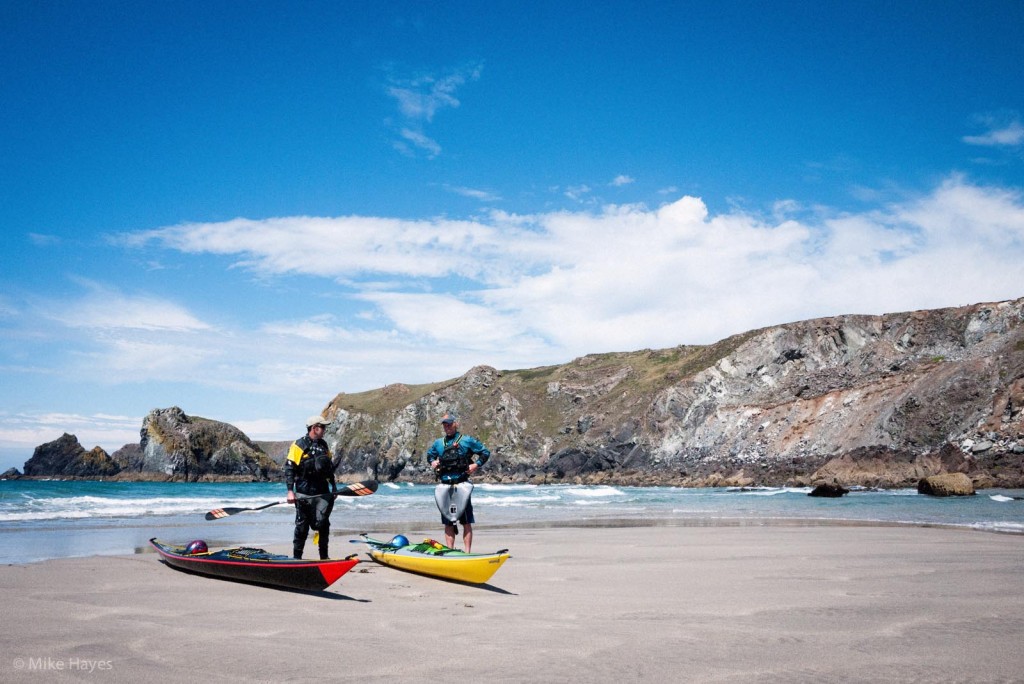 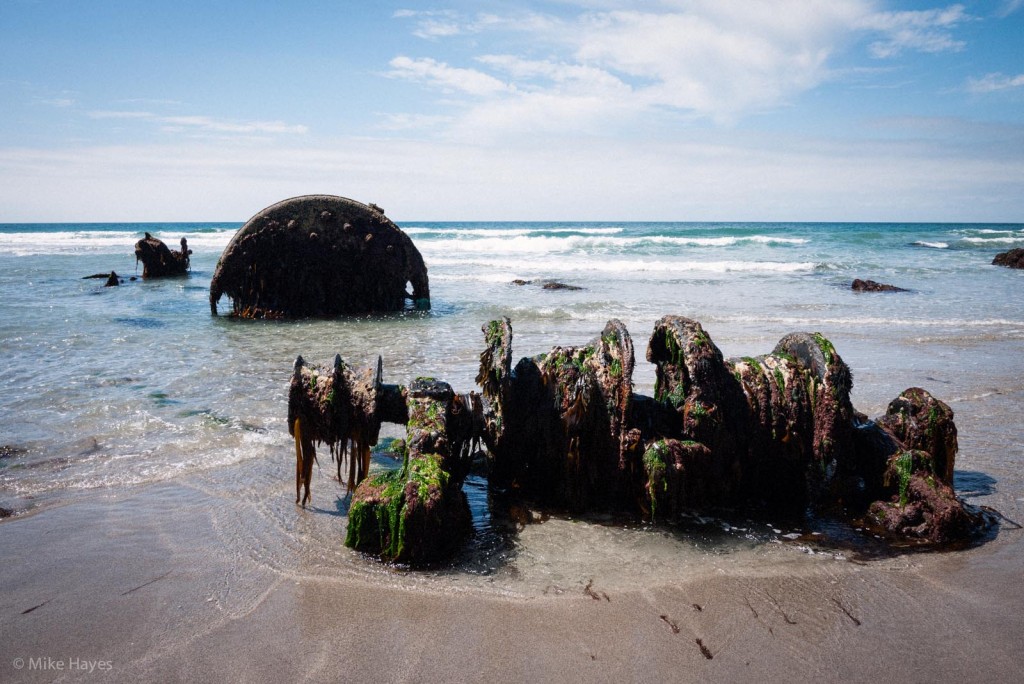 the sun was high and the light horrible… but for the record.. here is pretty much all that is left of the Maud after more than 100 years exposed to the Atlantic .. her boiler and a winch assembly. 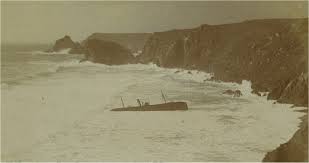 .. here she is in a more complete condition.. but not for long. 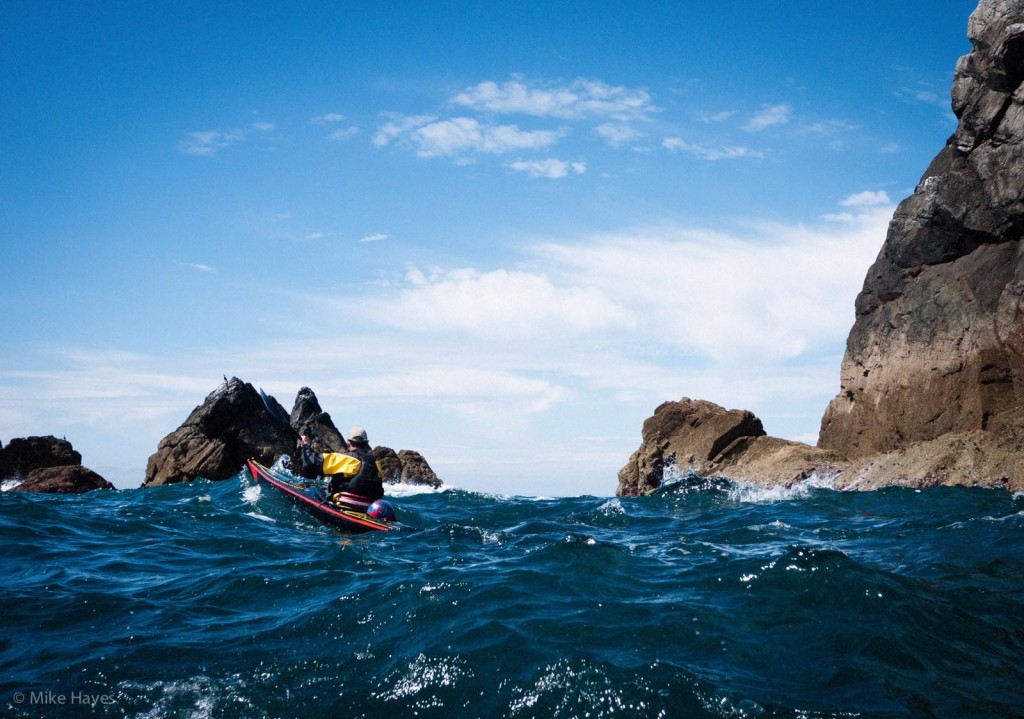 Just because… Steve piloting his Lettman Skinner near Bass Point 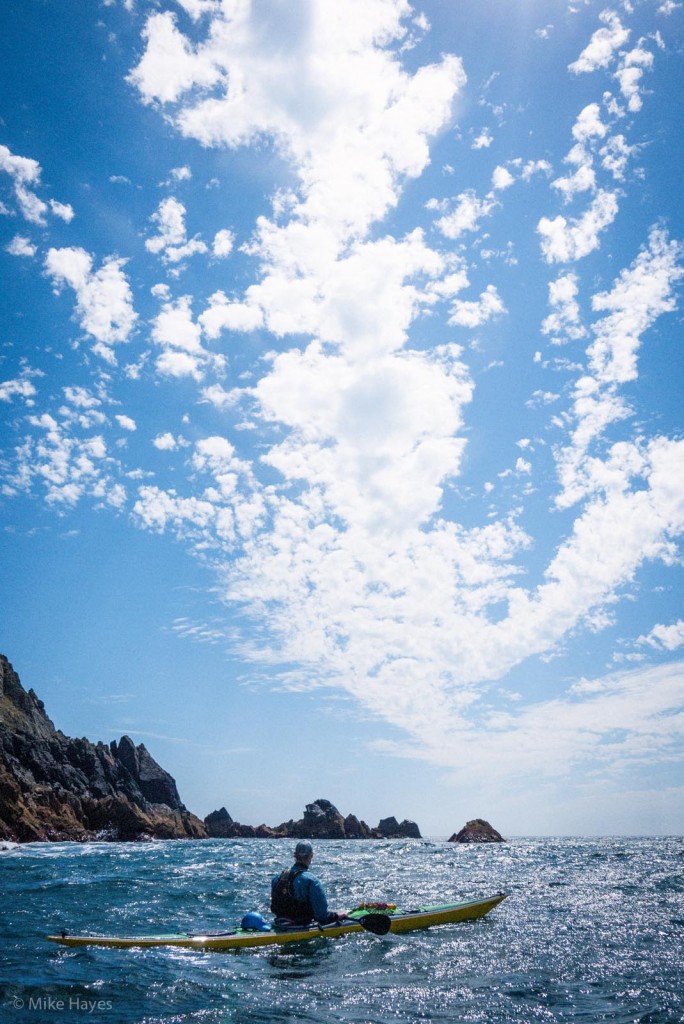 The sky was pretty nice, horrible midday light again but the snap needed to be made. This is Mike (yes I know, another one.. awful isn’t it) in his Skinner.